"The main theme of Rock’n roll is “fun”. But there are lots of sub texts inside of this genre. Like love, rebellion, hate, happiness."

Bugra Ozbek was born 1983 in Turkey and graduated from Film and media studies in Cyprus. Directed four short movies, one documentary and an animation project during that time. Founded his first production company 2007 in London until his return. Worked for some major companies, agencies, broadcast channels as post production supervisor, cameraperson, director and producer. Pictured events and advertorials for companies like Nike, Samsung, Migros, Polimeks, Beckett Renkiser etc. He traveled in Georgia, Switzerland, Iran, Azerbaijan, Switzerland and UK for filming. 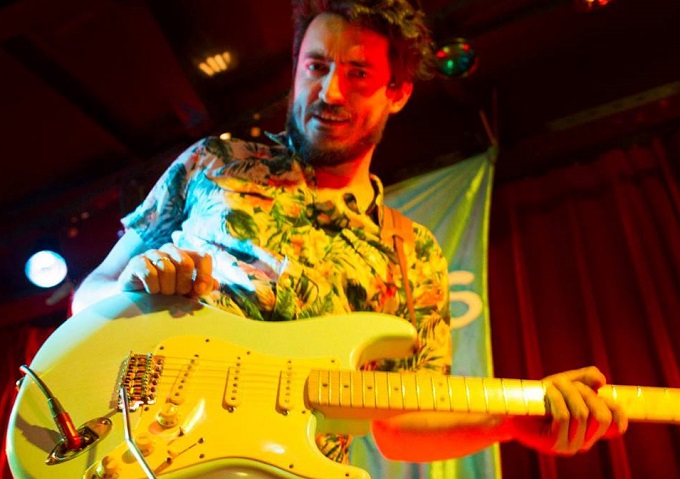 Also plays guitars in a surf band called Los Bosphorus Surfers. Founded in 2012 in Istanbul by three gringos. Since then Los Bosphorus Surfers plays and make people dance at small venues and pubs. Currently works as freelance videographer and photographer based in Istanbul. Burga talks about the band, Surf & Rock n' Roll music and local scene.

What do you learn about yourself from the Rock n’ Roll culture? How does affect your mood and inspiration?

Fun. The main theme of Rock n' roll is “fun” if you ask me. But there are lots of sub texts inside of this genre. Like love, rebellion, hate, happiness. Some folks criticize this music that it’s easy to practice, notes are same etc… But what this music is also about becoming independent and independency can be expressed in thousand ways. Its chords and rhythms are magically arranged and one doesn’t have to even change it. Just write down some words that describes of a hardships of life, a complicated relationship, gas prices… The point is always make fun of it, try to be yourself. That’s what rock n' roll for me.

How do you describe Los Bosphoros Surfers sound and songbook? What characterize your music philosophy?

Los Bosphorus Surfers is a project actually. Mostly intron classic covers from 50’s 60’s era which no one dares to play in Istanbul. So that’s why we tried to shape our sound according to those bands from that era. I mean we are just a bunch of copy cats who is trying to imitate the era.

The idea was we should form a band and make music and drink free beers on Saturdays while enjoying ourselves and friends. I’m sorry but there’s not much philosophy behind it. 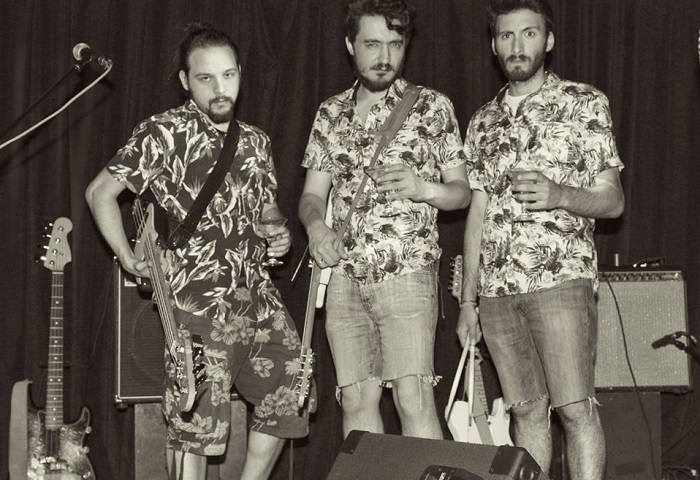 "Just write down some words that describes of a hardships of life, a complicated relationship, gas prices… The point is always make fun of it, try to be yourself. That’s what rock’n roll for me."

Yes. Our first drummer jumped from the Bosporus bridge while we were waiting him in the Tunnel str. Beyoglu to practice. He just disappeared after that. No one could ever find his body. He just disappeared just like that. I learned his terrible death from his uncle then news coverage. I didn’t have a chance to know him well. We were “The Bosphorus Surfers” back then. We just changed the title after sometime.

Awkward maybe, because lots of folks I like from the past. I think largest fragments of music I like lies within them. I would really love to hear the next album of Hendrix, Johnny Cash, Eddie Cochran, Cliff Gallup, Link Wray etc…

Fear? Going back to 00’s perhaps. Everybody dancing with looping bass drum only while on pills.

Hopes; more of that fella called Jack White. I think his music is grand.

If you had asked me this question at 90’s I would say I wish to get rid of “commonsense, moneygrabber” producers. At least here in Turkey. Fortunately digital age has come and everyone can distribute his music without any interference of mainstream. Hence there are lots of inspirational bands from Turkey I listen now. Yes; I don’t wish to change a thing.

Make an account of the case of Rock n’ Roll in Turkey. Which is the most interesting period in local scene? 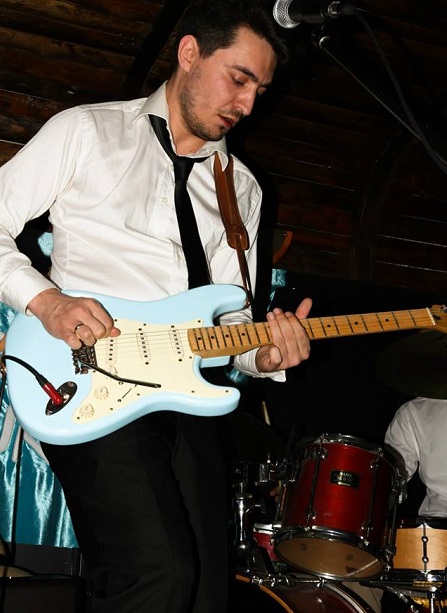 I would definitely go back to 60’s. Erkin Koray, Silüetler, Apaşlar. My humble opinion is; all of them are so rich in music and as good as good against their American and British counterparts. I mean it’s so interesting that there were Turkish lads who had interested with psychedelic music in 60’s on that era. I would really wish to meet them or listen their gig live. That would be grand.

"Los Bosphorus Surfers is a project actually. Mostly intron classic covers from 50’s 60’s era which no one dares to play in Istanbul."

What are the lines that connect the legacy of Rock n’ Roll & Surf from United States and UK to Turkey?

Something universal in it that I couldn’t ever sure of.

I see an old lady with a classic guitar in subway almost everyday.  This lady looks like from old iron curtain countries and is playing so good. She never gets tired; I guess she can play hours with her eyes closed. I love to listen her music. It was touchy at first I must admit but then I think I found a dormant talent who loves to make music. I will introduce myself someday if she has a break.

When was your first desire to become involved with the art of videography and photography?

When I was in University. I studied media and film studies in Cyprus. Before that I think I was kind of a  lumpen about cinema. Guess I still am and learning the disciplines and aesthetics in it.

What experiences in your life have triggered your ideas for music, films and photos most frequently?

An expression is communicating. Communicating brings knowledge. Knowledge is everything. Knowledge leads ideas. But most importantly feelings are triggering an expression. Then the chain starts and loops itself.

This is how I approach to media which I distribute or produce. 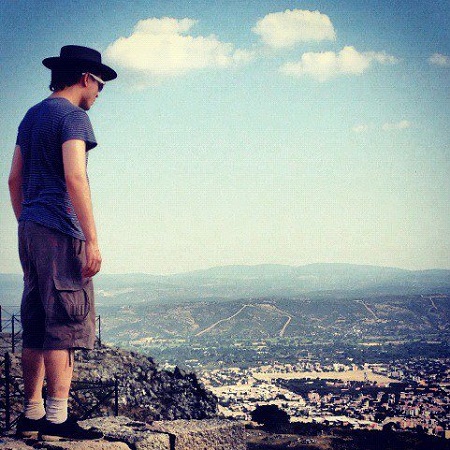 What are the relationships between music and image?

Well, they help each other. A happy marriage indeed.

"An expression is communicating. Communicating brings knowledge. Knowledge is everything. Knowledge leads ideas. But most importantly feelings are triggering an expression. Then the chain starts and loops itself."

I think I have already answered that. But you sir, gave me the control of that fancy time machine so I would go to Stone Hedge. I know I’m typical. But I really wonder how they built that? Or why? Who was the architect, contractor?