"I still prefer all the early blues records, just a man and his guitar, or in the case of Memphis Minnie, a lady and her guitar."

Chris Jagger’s career, unlike his brother Mick's has spanned many fields in the artistic spectrum, from clothes design for Jimi Hendrix and John Lennon to theatre and journalism. Chris has appeared in repertory at The Citizen’s Theatre in Glasgow (his first play with Pierce Brosnan), Nottingham Playhouse and the ICA in London as well as TV and film. Chris has written for many magazines and newspapers including The Daily Telegraph, The Guardian, The Mail on Sunday and Rolling Stone. Chris’s first records were made in the 70’s for David Geffen (Asylum Records) in Los Angeles. Chris toured the USA and UK extensively. 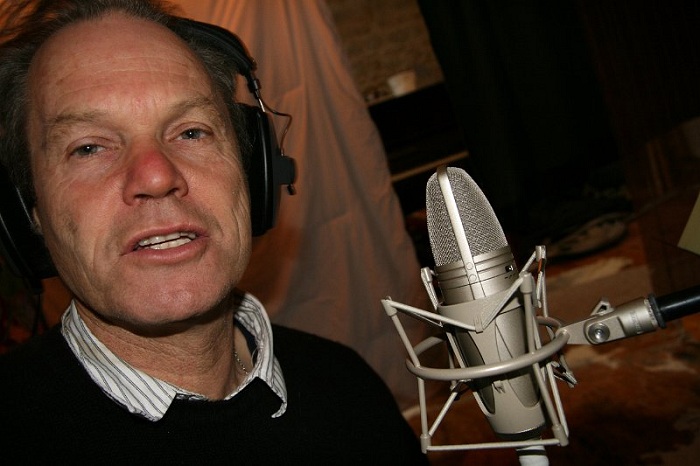 He revitalized his song writing in the late 80’s when he worked in France as lyricist for producer Franck Langolf (Vanessa Paradis) and helped brother Mick on the Stones acclaimed albums Dirty Work and Steel Wheels. Chris decided to then concentrate on his own material with contributions from Dave Gilmour (Pink Floyd) and Dave Stewart (Eurythmics), Leo Sayer, and brother Mick. Chris and his band performed on the Conan O’Brien Show for NBC, as well as the Montreal Jazz Festival in 2007. In 2009 Chris released the critically acclaimed album, The Ridge. Besides writing and touring Europe with his band, Chris has recently written and presented a three part series for BBC Radio on Alexis Korner, the pioneering blues musician and broadcaster. Chris Jagger's latest album, Concertina Jack, is technically being issued by Chris Jagger's Atcha!, which explains the zydeco and blues influences.

Travelin' with the Blues by Chris Jagger

At school I had a best friend who was intelligent and quite a music fan so we were good friends as he came from near my home. He was also a classics scholar and incidentally when much older first discovered Kate Bush, then 14 year old schoolgirl. He took her to Dave Gilmour and then EMI who held off releasing her songs for a couple of years. Can't see that happening now.

Anyway his name was Rick Hopper and one fine summer holiday when I was 17 it must have been in 1975 we decided to go to Greece. Apart from Rick we took another buddy and so we reached Ostend by ferry and realised that we couldn't hitch hike to Greece together and so we split up and arranged to meet in Athens. But where? 'Outside the Parthenon' suggested Rick and so it was to be and so I began the long trek south. I was pretty lucky and took a ride in the south of Germany all the way down to the Yugoslavian coast which was the place to go then. Fine except I had to get around Albania. I took a boat from Dubrovnik to Kerkira. For some crazy reason I didn't go all the way around to Piraeus and so began a tortured route inland along dusty roads via Trikala. I got close to being raped by a crazy truck driver and had stones thrown at me by kids in Trikala, that only happened twice in all my future travels the second time by mullahs in the Iranian city of Mashad. Finally I reached Athens, the trip taking me ten days, not bad. The following day I walked up the hot hill to the Parthenon, paid out from my slim purse and went looking for my friends. Alas there were none. The following day was the same so I knew not what to do. I tried again on the third day and there was Rick sitting on a bench outside! Yes we had adventures before mobile phones! 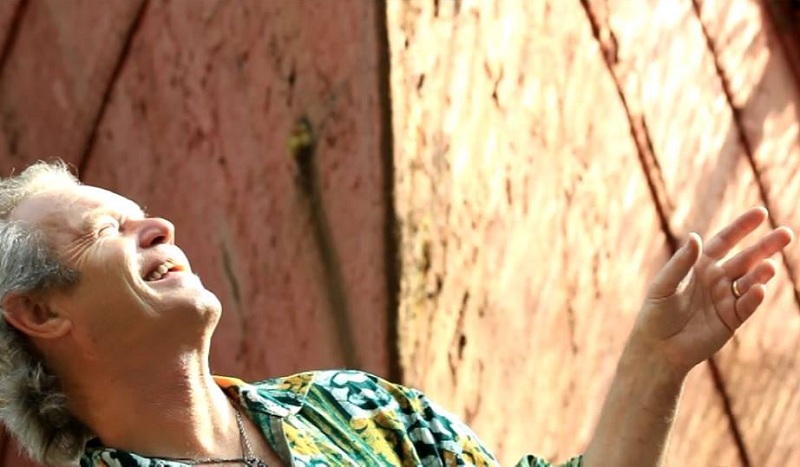 After that we travelled to Crete went to all the famous sites and the caves and finally at Mycenae and back through Kerkira to Brindisi, travelling together which was more fun but slower. At one point a guy picked us up on his motorcycle and sidecar, another time we stopped off at people's houses and drank tea, people were very friendly for there were few tourists then. Of course my Rick told me all the stories from the Ilyad and taught me the alphabet and I began to learn some rudimentary Greek. I even had my first taste of tear gas in Omonia Square when there was a demonstration against the government of Papandreou, the old one. We listened to the music and saw the dances, loved the food and the simplicity of the Plaka where we stayed. I returned a few years later en route to India and remember the room of Curia Anna was 5 shillings a night, about 30 cents. There was no toilet of course but we didn't care about that much. Three years later when I came back I met some Americans, beatnik type who were hanging out and they took me to some islands, like Aegina and further out where we took a little fishing boat and were almost drowned onetime.

So I came to know Greece and return to Crete later when I had a Greek girlfriend, well she was born in the USA to Greek parents from a small village in the Peloponnese and our child Demetri is now in his forties and his eldest child will be 16 years, so you see I have heard and come to know the country a little.

But back to the music after those stories from my early years. As I mentioned the last time I went to Crete must have been around 1971 or so after I had performed in Tel Aviv in a version of the musical 'Hair' they put on and I was there for some six months which was my first professional music job and I learnt to be on stage every night and do some singing and dancing. We stopped off and went walking in Crete in the autumn and it was beautiful before it became spoilt with those big hotels. So by then I was writing songs and continued that till this day, blues, country or whatever comes into the head. 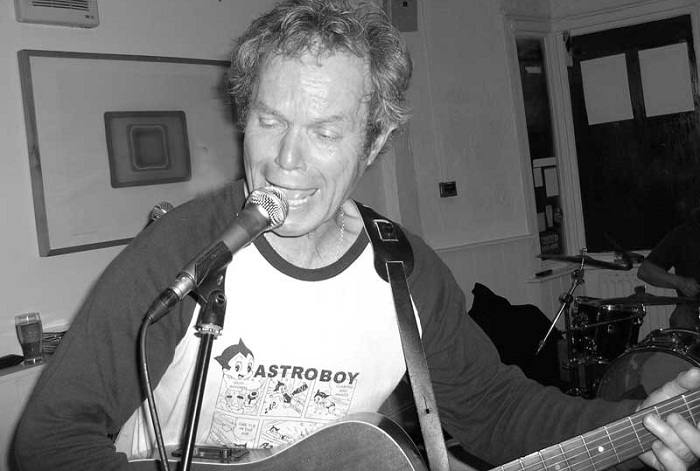 I still prefer all the early blues records, just a man and his guitar, or in the case of Memphis Minnie, a lady and her guitar. All the favorites I had when a kid that I listened to with my brother are still amongst the best, Muddy Waters, Little Walter, Howlin' Wolf, Jimmy Reed, Buddy Guy, Albert King, Clarence 'Gatemouth' Brown and so many others too many to mention. I had the pleasure to meet and hang out with some of them: Junior Wells and Buddy was one example. They came over to London in the 1990's and din't have a record deal or nothing, Buddy didn't even have a guitar or amp with him. They came to play at Dingwalls in North London and at the time I was writing stuff about music for a couple of magazines so naturally I went to the club in the late afternoon to check it all out. They were hoping for a reception committee, an array of famous stars to see them but none arrived. No Eric Clapton, Wyman, Jeff Beck, nix. So I did what I could sitting in the tiny dressing room with them and then they were on stage working their magic. Buddy turned around and motioned to me; he wanted a drink, so I brought the bourbon out to him on stage; great I was Buddy's roadie, I loved it. After that I got to know his band and introduced the bass player to John Porter a pal of mine who was desperate to make a record with Buddy, But Buddy didn’t know the guy so I helped smooth it all over and down the line the record 'Damm right I got the blues' was made which was a big turning point for him. Alas I never saw Junior again, but I wrote a tune in his memory, kinda whimsical blues with a harmonica line that he would have used. So you see some of this stuff is passed on down the line and that's how these guys would want it, they want their music to live on after they're gone and so in some way I like to keep the truth of that in what I do to this day and I hope some of that comes across in the record 'Concertina Jack.' Not specifically a blues record, but it has the elements going through it whether it be a little bit of Bo Diddley or Ray Charles. 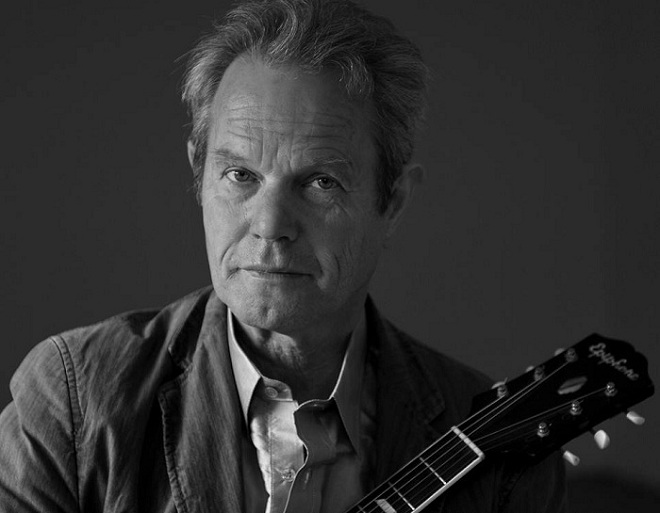