"The blues only bridges the gap if someone wants to be in harmony with the human race, at the same time it is powerful enough to change even the coldest of hearts."

The underground Memphis bluesman, John Holiday has played alongside Albert Collins, Shawn Lane, Jeff Healey, Victor Wainwright, and BB King just to name a few greats. His version of “Candyman Blues” can be found in the Academy Award winning ﬁlm, Walk the Line. He is considered a “purist” of the blues. He attributes his playing style to Johnny “Guitar” Watson, T-Bone Walker, and Albert Collins, but has a unique sound and feel of his own. His vocals can be described as nothing but “in the box”, Texas style, true blues. He's known for not only his considerable guitar skills around Memphis but he also played Carl Perkins in the Johnny Cash bio movie, Walk the Line (2005). 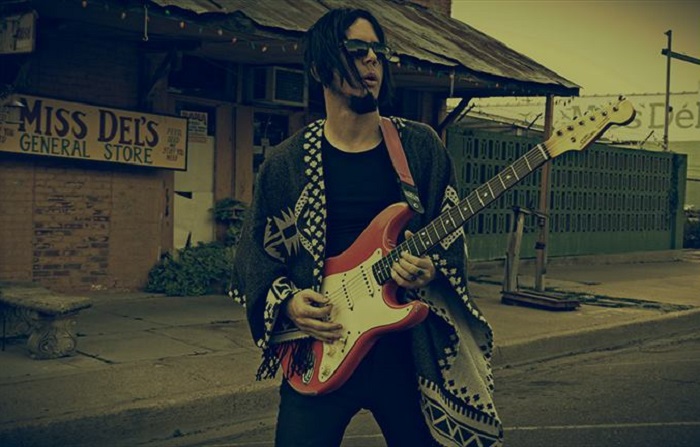 John Holiday is also a member of Mississippi Bigfoot. The band was formed in the spring of 2015 after a show played at Ground Zero in Clarksdale, MS. They just cut their ﬁrst album, Population Unknown, in the legendary Ardent Studios in Memphis, TN where ZZ Top, Vaughan Brothers, and Led Zeppelin have also recorded. The band plans to be playing numerous festivals in 2016.

My father was what they call a “Honkytonk Piano Man”, and he had me around the blues culture at a very young age from Batesville Mississippi to Beale Street in Memphis. I have never known a life without the blues, I love it.

What were the reasons that you start the Blues researches?

I feel in love with the sound of blues and blues guitar. The shameless emotions put on the frontline in the blues brings you much closer to the humility of another person more than any other form of music.

How do you describe your sound and philosophy?

My sound would be a non-rehearsed, raw attempt to expose myself, to reach someone who feels the way I do about life, love and music, even if they don’t know they carry the blues with them.

I’ve learned a lot about why the blues is important and why we all carry demons. I had the honor of performing with Jeff Healey during a time when he was searching for a way to connect with people outside of fame. That was a huge lesson. 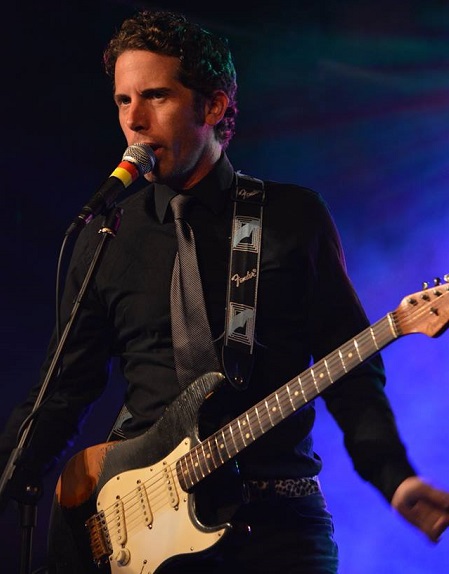 The best advice given to me was to always be myself and be true to the music. Make sure your guitar is tuned… (laughs)

"The shameless emotions put on the frontline in the blues brings you much closer to the humility of another person more than any other form of music."

Are there any memories from Albert Collins, Jeﬀ Healey, and BB King which you’d like to share with us?

I saw Albert first when I was around 15 and was blown out the door. My father was able to get him to pay me some attention. I learned how to be really nervous and play at the same time. My last cool memory of Jeff, Chris Beall, Jeff and I were playing at a bar in Printer’s Alley in Nashville, TN when a lady wanted to hear Jeff do his hit song “Angel Eyes”, Jeff in a kind but bold way said “Lady, I’m gonna play the blues tonight”. I smile and sometimes still laugh out loud thinking about that. The last time I played with B.B. is the most memorable, in Memphis during his 80th birthday tour. “B” was always the kindest and most humble of Kings. “Don’t do it for the fame or the money or cause look at me I’m a guitar player, do it cause you’re suppose to”.

I miss that T-Bone stuff, that Texas Swing, the stuff that made you jump out of your seat and testify. I miss that Hound Dog Taylor happy go lucky attitude.

I would give the media a music lesson...Nowadays it’s whatever sells a CD and that’s not always good music. 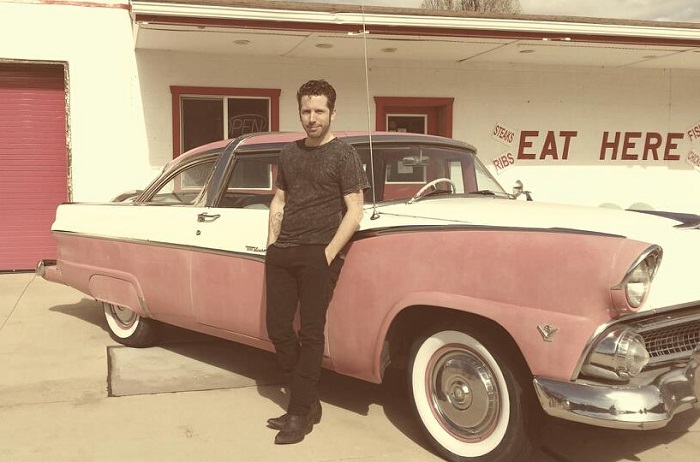 "I think the blues is headed where it was meant to head. Some of us will be purest and some of us will mix it up with other things. The blues cannot be molded into something else it can only exist within something else." (Photo: John Holiday on the road with 1955 Ford Crown Victoria)

What are the lines that connect the legacy of Blues with Rock n’ Roll and continue to Folk and R&B music?

What has made you laugh from your role in Walk the Line? What touched (emotionally) you from Cash’s music?

I laughed everyday working on WTL. When Reese sprayed me down with mosquito spray was probably one of the funniest moments during filming. I can’t pinpoint what it is that I feel when I listen to Cash. It’s a mixture of loneliness and God fearing “you better listen and know I’m the gospel boy”, that’s kinda what I feel.

There is racism in everything, if that’s what you’re looking for. The blues only bridges the gap if someone wants to be in harmony with the human race, at the same time it is powerful enough to change even the coldest of hearts. Racism is an educational issue. As far as blues culture goes it has a blind eye on race. If you got the blues you just got em’.

Make an account of the case of Memphis blues scene. What are the differences from the other local scenes? Memphis is thriving again but it is not the mecca of music scenes, like Austin, Nashville and L.A. it has history and sometimes that’s enough to inspire the next generation of bluesmen and woman.

"I would give the media a music lesson...Nowadays it’s whatever sells a CD and that’s not always good music."

Time machine... (Laughs). Well I love the sound of the 50's. I think I would do some good for a day in the 50's both musically and as a man. I would learn a lot about music and I could teach a lot about living right.