"The future looks good. Lot's of young people are getting into the Blues and playing real good. With Blues we must look forward while honouring the past."

Brian Cober is the best friend that the slide guitar ever had. He has given the slide guitar a voice and range of capabilities and harnessed them to drive his own brand of streetwise, road-wise blues. He has captured the soul that makes one actually enjoy, in a sympathetic way, his songs of heartbreaks and excesses. Cober began playing lap steel at age 8, and invented his "Double Slide" style at age 15 to give him more versatility. With his band The Nationals, Brian Cober released three acclaimed CDs and has played with Bo Diddley, King Biscuit Boy, Long John Baldry, Jeff Healey, and Eugene Smith - he’s also opened for Johnny Winter, James Cotton, Blue Rodeo, John Mayall, Roy Buchanan and many others. 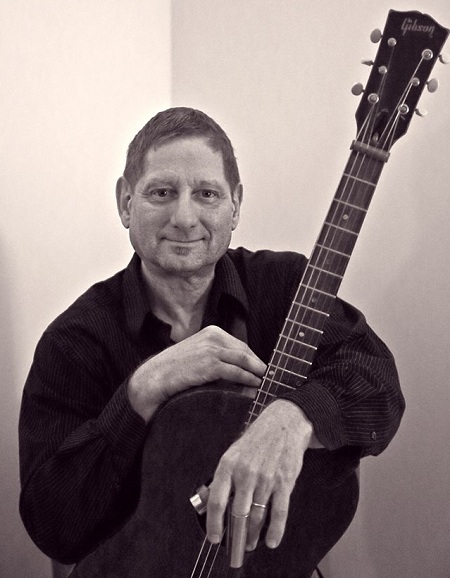 When The Nationals' founding member Paul McNamara passed away in 2008, Cober began his solo career with a new CD "Real Far Gone". Since then, he has played full time at clubs, Blues Societies, dances, private parties, and festivals including the Montreal Jazz Festival, Bluizo Natkys Festival in Lithuania, La Chute Fest, toured Finland, Lithuania and Israel as well as the southern U.S. Cober is also a longtime fixture on the Ontario blues circuit. February 2014 marks the release of his new album Austin Wired, which was recorded in Austin, Texas over two remarkable sessions with Cober on guitars and vocals, Big Ben Richardson on bass and Tom Lewis on drums and percussion. Featuring a wide range of styles within the blues genre including “Preachin' The Blues (Blues Walkin' Like A Man)”, the Robert Johnson classic rocked out like a freight train almost off the rails, “Nuestro Viento”, a Latin tinged instrumental, to “Delivery Man”, a cheeky song about a delivery man who may be delivering more than he should. Each of the nine songs on Austin Wired represent Cober's best yet and offers the listener the unique and intricate sound of the Double-Slide, then the mastery of his instrument becomes obvious, along with his soulful vocals and great songwriting. Wherever and for however many; listening to Brian Cober is a unique and uplifting musical experience.

For me, the blues is real, honest music that makes a person feel good. The Blues has taught me to respect myself and others. The Blues has also taught me how to touch a guitar properly, so that it sings along with my heart.

How do you describe Brian Cober sound and progress, what characterize your music philosophy?

I try to keep my sound as real and honest as my music. It is Texas, Delta and Chicago Blues with some Louisiana spice and a pinch of Rock and Roll. My philosophy is to work hard on all the aspects of the craft I chose - playing, singing, stage presence, songwriting, etc. Improvement is a delicious reward! 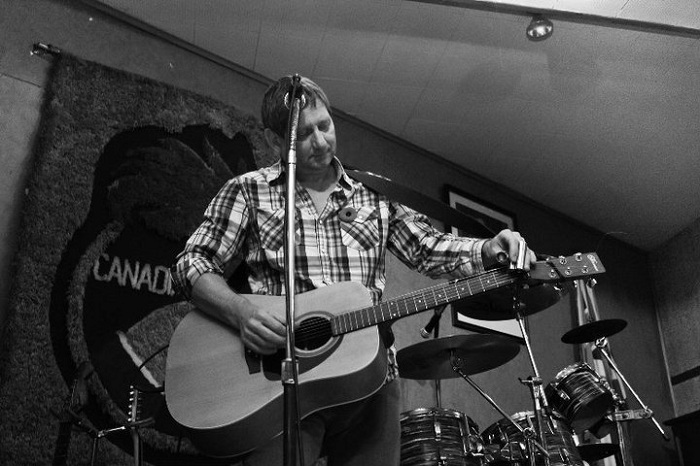 "The Double Slide is my invention. I made a slide I could hold with my fingers (playing over-hand) and added a smaller slide to my thumb to give me more versatility."

The most interesting period (so far) was living in Kensington Market, and downtown Toronto in the 1990's. The area has since gentrified, but at that time the rents were cheap and music was everywhere. Best moment? Playing the Bluizo Natkys Festival in Lithuania, 2009. Worst moment? Driving 17 hrs. and then getting fired from a gig in Hay River, NWT because the owner was on a 5 day bender. (1989)

Once you get bitten by the Blues bug you become a life long fan.

My best jam was with R.L. Burnside in Mississippi. I was expecting to jam a song or two, but he called me "Dirty Shirt" (because I was in like one!) and kept me with him for almost 1 hr. I got to play a gig at Jimmy Buffets Storyville Lounge in New Orleans. You asked for memorable, which brings to my mind good memories, but also bad ones. I had a gig we ended up calling the Murphy gig because everything went wrong. Played to a shit crowd, equipment breakdowns, drunk drummer, first fight the owner trying to get paid (no luck), then have a band fight in the parking lot, then the van breaks down halfway home! 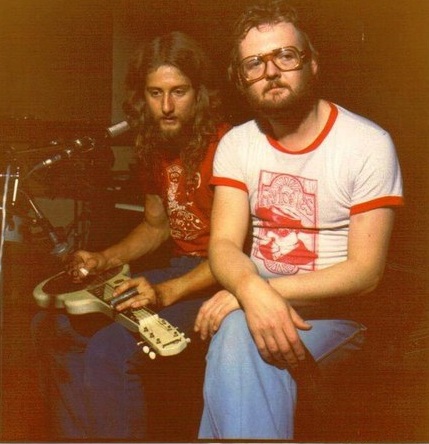 Meeting Ben Gadd, Richard Newell (King Biscuit Boy), Muddy Waters, Eddie Clearwater, Bo Diddley. Most important would be meeting Paul McNamara and starting The Nationals. Best advice came from Muddy Waters. I saw him play when I was 18, and he told me to get my own style.

Are there any memories from Bo Diddley, King Biscuit Boy, and Jeff Healey which you’d like to share with us?

Bo was a great front man and rhythm guitarist. Biscuit taught me to listen deep in the records. Jeff Healey heard me setting up an amp at a jam session, and said "Hey, that's Brian Cober". He barely knew me, but could recognize my sound right away. He liked to drink at Grossmans, a cool old Blues bar in Toronto. Without displaying a hint of blindness he knew the way to the door for the bathroom, down the stairs and around the corner, and then back to his seat. He would get up without help and just go.

The future looks good. Lot's of young people are getting into the Blues and playing real good. With Blues we must look forward while honouring the past. My only fear is that they will have a hard time making enough money to play full time.

I remember Roy Buchanan doing a whole solo using harmonics. Many guitarists will take the ears off your head with harmonics, but his were warm and toneful. James Cotton had a great band with Michael Coleman on guitar. John Mayall, I remember seemed uninterested and musically quite tame for a blues player. With Johnny, I got to sit on his bus with him. He is a really nice guy and we had a few laughs. 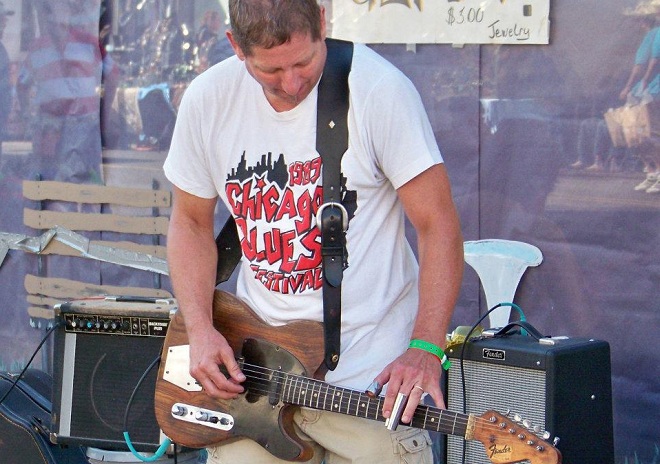 "My philosophy is to work hard on all the aspects of the craft I chose - playing, singing, stage presence, songwriting, etc. Improvement is a delicious reward!"

Do you know why the sound of slide is connected to the blues? What are the secrets of double slide technique?

The slide guitar was invented in Hawaii. Because of the salt and humidity guitar necks warp there. So local musicians started using various objects to slide up and down the warped necks. The sound became very popular and Blues players who had also been struggling with poor necks adapted the slide into their music. The more human sound fit in perfectly! The Double Slide is my invention. I made a slide I could hold with my fingers (playing over-hand) and added a smaller slide to my thumb to give me more versatility.

What are the lines that connect the legacy of Blues from States to Canada and beyond?

Blues artists have been coming north across the border since the 1920's. Lonnie Johnson made Toronto his home. Toronto up until the late 1990's had a thriving live music scene which featured Jr. Wells, Buddy Guy, Muddy, Wolf, Albert Collins, Willie Dixon, Luther Allison, etc. any given week. Out of this came Canada's first round of bluesmen in the early '60's. David Clayton Thomas, Ronnie Hawkins, Dutch Mason, Downchild Blues Band, King Biscuit Boy and others started making their own statements and gigging in the U.S.

Make an account of the case of the blues in Canada. Do you believe in the existence of real Canadian blues scene? 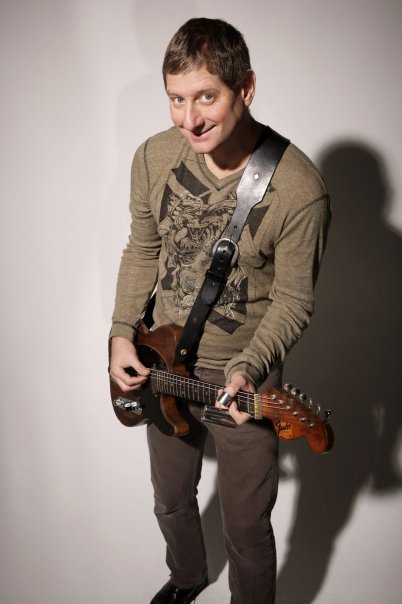 The Canadian blues scene is stronger than ever now.

Blues Society(s) help create opportunities for young players. The problem that remains is the size of our country! We have quality players from coast to coast.

For me, the blues is real, honest music that makes a person feel good.

"The Blues has taught me to respect myself and others. The Blues has also taught me how to touch a guitar properly, so that it sings along with my heart."

I would love to spend a day with Robert Johnson!