Blues singer Barbara Diab has such a joy in expressing herself, her energy radiates to all those who are in her presence. With her immense vocal range, she brings a unique honesty to each song, without guile, and from the heart. Her ability to take you on a journey with each breath is equal to that of any fine musician. Born in Australia, her family moved to Canada when she was a young child. Her musical background encompasses gospel, American roots, blues, and naturally Motown, since she grew up near the border of Detroit. Barbara began to sing at the tender age of 8, when she performed alongside Canadian trumpeter, Bobby Gimby.
Barbara and her bass-playing husband, Pierre Lamontagne, founded The Smoked Meat Band in 2011, now firmly established on the Québec blues circuit. Most uniquely, Barbara is also the cofounder and Director of the children’s blues choir, Les Jeunes en Blues, who have performed four years consecutively at Festiblues International de Montréal. This initiative is Barbara’s brainchild, to teach English to French-speaking children through blues music. A regular performer at major Blues venues with The Smoked Meat Band, Barbara has also shared the stage with jazz and blues greats JD Slim, Bob Walsh, Guy Bélanger, Jim Zeller, Steve Rowe, and saxman Johnny Beaudine of Chicago, Illinois. Released in the summer of 2015, Barbara’s debut album To Blues with Love was produced by renowned guitarist JD Slim. Special guests include veteran bassist, Stephen Barry and worldclass drummer, Tony Coleman [B.B. King, Bobby Blue Band, Otis Clay]. The album is already receiving worldwide recognition and airplay. Their playground of original compositions have a natural romping playfulness turning each and every audience into a family... all begging for more. 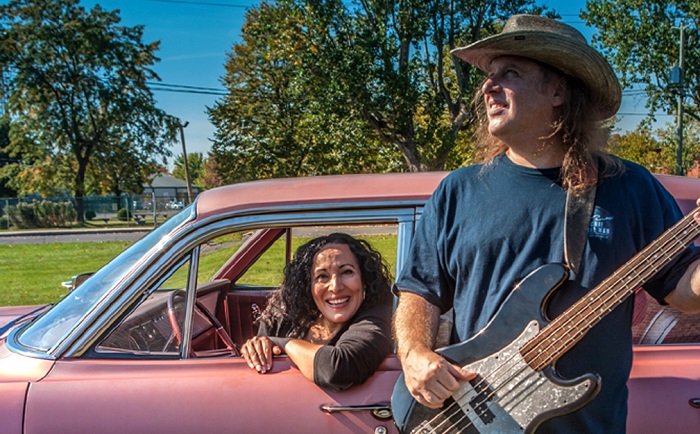