An interview with veteran guitarist Rick Randlett, respect to traditional blues with a modern touch

"My advice is always be yourself; we really don't need more Stevie Rays!"

Rick Randlett is a veteran of the New England music scene. His first discovered the blues in college in the 70's. Like many of his generation, bands such as Cream, The Yardbirds and early Fleetwood Mac led him back in time to Muddy Waters, Howlin' Wolf and eventually Robert Johnson. A move to Florida in the 80's led to performances with country music artists, and now songs by Hank Williams and Johnny Cash sit comfortably next to songs by Big Bill Broonzy and Rev. Gary Davis in Rick's live shows. 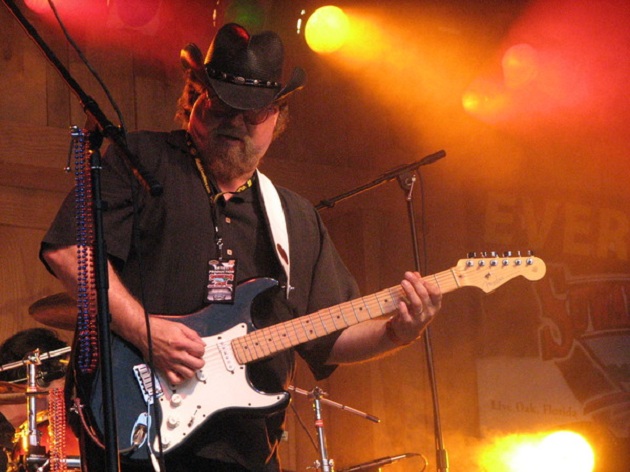 Rick released his first cd in 1999, and his second in 2002. Both have had considerable airplay on radio stations in the U.S. and in Europe. Rick has just released his new acoustic cd "Change Coming On" which is already getting plays on blues radio stations. Rick talks about the acoustic blues, Muddy, Robert Johnson; and the new generation.

When did you become involved in the blues; who were your first idols?

Like so many of my generation, I started playing guitar when I heard the Beatles on Ed Sullivan. I was 11 and already played clarinet. I became interested in the blues when I heard cream doing crossroads. The feel of it just moved me in ways music had never moved me before. I soon heard that it was an old blues song by some guy named Robert Johnson, so I checked out his music but really didn't understand it at that point. The British blues invasion led me to the original electric players, so people like B.B. King, Howling' Wolf and muddy waters became my first idols.

To me the whole point of the blues is the emotions involved. When I play a show I try to put everything I have into each song. I want the audience to feel the same way I did when I wrote my own songs or how I feel when I play a cover song. That being said, I never do cover songs like the original. I always do it my way. When I was younger, I got in trouble with bands I played in since I couldn't do songs like the record. Today that is what creates my own style!

How do you describe Rick Randlett's sound? What is your musical philosophy? The first thing that influences my sound is that I grew up on rock and roll. Even playing acoustic blues that rock feeling always seems to be there. I’ve been playing acoustic seriously for about 8 years. Before that I played in electric bands for 30 years or so and I think that energy is always in my playing. I still like to get out and play electric blues when I can. As far as a musical philosophy, I guess I would say always try to get better, I’m still learning every day and hope I always will. Whenever you're on stage play the best you can and put emotion into everything you play. The blues is all about feelings; otherwise there's no point.

You had pretty interesting cd "Change Coming On", how did you get that idea?

This cd has been an incredible project. I recorded two electric cds in 1999 and 2002. This one was supposed to be done a couple years later. This cd has been recorded several times in several different styles. Eventually I just listened to myself and did it the way I originally wanted it to be. After years of doubting myself letting other people change my vision!

What experiences in your life make you a good songwriter and story teller?

I don't know that my life experiences directly enter my song writing. I’m always trying to create a feeling first in a song; then I write the story to fit the feeling. A funny story, my mom once asked me if everything in my songs had actually happened to me, I laughed and told her no, they were all stories my brother had told me! Didn’t seem to make her feel better. I guess in reality everything in our lives affects the songs we write. I’m just not writing about specific experiences. 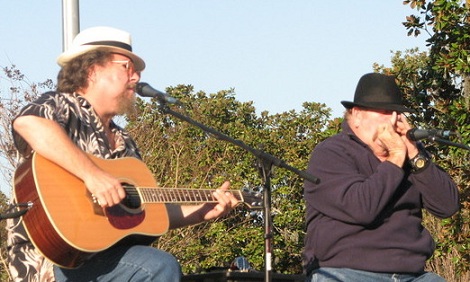 I was not lucky enough to get to meet the early players. I have a friend, Pete Karnes who did; Pete played harmonica on John Lee Hooker's album The Cream, and got to play with many of the giants. The message he got from them and passed to me was to be yourself; there is no point in trying to play like another player. You have to find your sound; what makes you special and different from everyone else. Don’t play songs the same way everyone else does, make them your own!

Do you know why the sound of acoustic blues is connected to the pure blues?

I think since blues obviously started on acoustic instruments that is the true, original sound. If you look at people like Muddy Waters, Lightnin' Hopkins, when they went electric they played the same style, they just used the electric guitar to make themselves louder. Playing the electric guitar as its own instrument, more like a horn came later. I wonder what Robert Johnson would have done with an electric guitar?

What are the secrets of acoustic guitar?

When you're playing solo acoustic blues, the one guitar has to cover what an entire band usually does. You have to create a beat, a bass line, and chords and lead parts. It takes a lot of work to do that and then sing at the same time. One of the biggest compliments I can get at a show is when people get up and dance. It feels great to know you moved them that much with just an acoustic guitar!

Some music styles are fads but the blues are always with us; why?

Well, up until about 10 years ago or so, all popular music had its roots in the blues. Recently, some metal styles, and rap and hip hop really aren't related to the blues, but pretty much everything else wouldn't exist without the blues. The basic blues progression is the basis for so many songs over the last 80 years or so. Even jazz has the blues at its' core. The other reason i believe is that people will always respond emotionally to great blues artists; there's just something in the music that touches people in a way other styles just don't do.

Is there any difference or similarities between folk blues and modern blues? 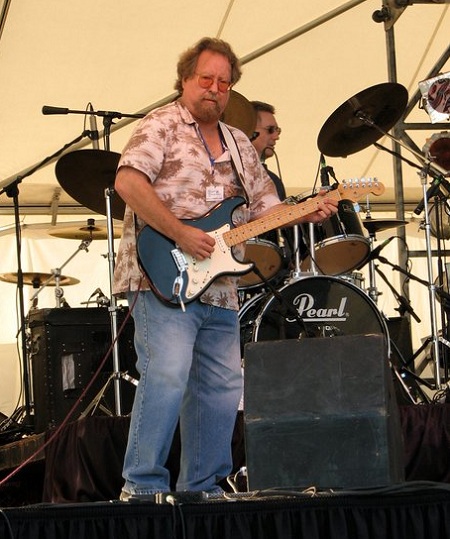 Obviously there are a lot of similarities; the songs share the same structure, a lot of subject matter is the same. The makeup of the basic blues band goes back to Muddy Waters. I guess to me folk blues is more about presenting the song. Even though there are some amazing guitar performances, and people like Robert Johnson, Blind Lemon Jefferson, and Skip James were true virtuosos, in modern blues the instrumental ability is more up front and blatant. I think this is ok; the blues has to grow and change. Music is affected by everything around it. These days’ people are exposed to so many styles of music that a young blues player will bring bits of those styles into their playing. This is how it should be. I play acoustic blues, but still manage to work some "watch me play this guitar!" moments into my show!

Which historic blues personalities would you like to meet?

Wow, obviously Robert Johnson; how could you not want to ask him a few questions about his guitar playing! The one person I’d like to meet the most is Skip James. His music is so different from most other players. His approach to guitar is totally unique and so is his voice. I would have lots of questions for him! If i could spend a day with him I’d want to spend it on a porch somewhere with a couple guitars and soak up as much as I could possible learn.

Do you think younger generations are interested in folk blues?

I think the big problem is that most of them don't know it exists. I teach private lessons and when I play acoustic blues for my students they love it! I get a lot who decide they want to learn to do at least some of it. I also try to include some history lessons without them knowing it. I think that we just have to find ways to spread the word. I think programs like blues in schools helps; it also helps when artists play all ages shows; so we're not always in bars and clubs.

What advice would you give to aspiring musicians?

Run away!!! No, there will always be players who are affected by blues the same as you and I are; my advice is always be yourself; we really don't need more Stevie Rays! Also stick to it. If you give up you'll never get there, but if you keep trying there's always a chance good things will happen.