"When I first heard Muddy and Willie Dixon, it hit me like a bullet" 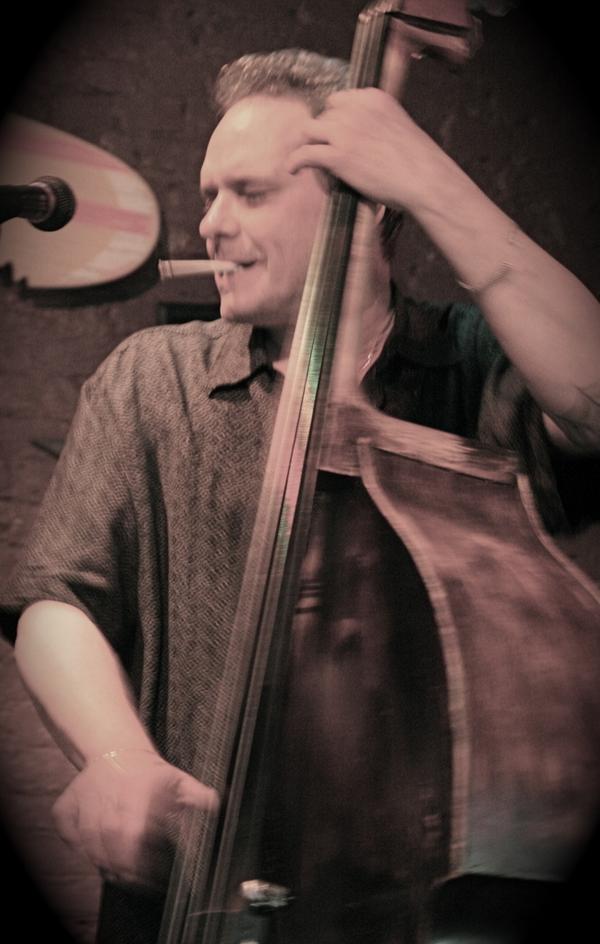 "Just play it real and put your own stamp on it!!"

Preston, when was your first desire to become involved in the music & who were your first idols?

When I was around 12 or 13. The Stones were idols of mine, and all the Motown acts.

I’m not sure, but it might have been to see James Brown.  I think the first song I ever learned was “Hang On Sloopy”! HA!

That is hard to answer! There were so many great moments, and few (if any) worst. 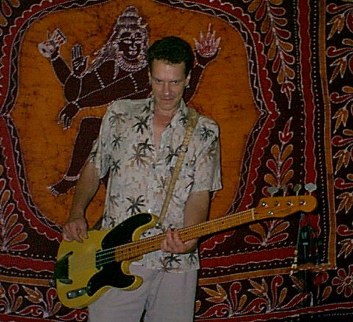 Blues is everything to me. It is the foundation of ALL American music. When I first heard Muddy and Willie Dixon, it hit me like a bullet. It has offered me my entire life and career!

I don’t know what I’ve learned about myself necessarily. But I’ve learned what not to play, how to back a soloist or singer properly, technique, how to play by ear, etc etc.

Definitely all three. They are all important together, with heart being first.

I have always interacted with the crowd. I watch them constantly. They entertain me, while I entertain them. And I always key in on the people who are really into the music.

There is a point at every single gig where there is laughter. It can be interplay with bandmates. It can be watching crazy dancers. It can be some inside joke. But there is always humor at some point. 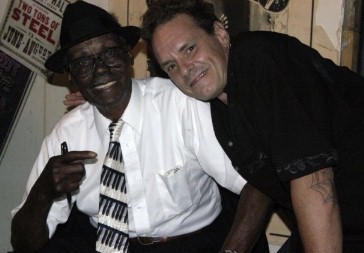 I was lucky enough to play with so many greats, and meet many others. I saw Wolf in a tiny Boston club when I was a teen, but never got to meet him or play with him. T-Bone Walker. Jimmy Reed. Johnny Watson.  A few others.

Blues is the fundamental American music. Everything came from blues.  Rock, punk rock, hard rock, rockabilly, old country, jazz, on and on. It always perseveres and always will…through all the fads.

I’m a computer geek. I love them. I paint these days. I still write sometimes (I’ve had a book in the works for a long time). I’m a movie fanatic, too. I do a little cooking. Simple things. My runnin’ and gunnin’ days are over! HA!

I don’t know about life experiences. You can put all life experience into music, and how you play. It’s not a conscious thing.  But you have to feel it first and foremost.  You have to love it, and put your whole being into it. Hone your craft. Stay with it through thick and thin. Too many youngsters now just want to be a star. It’s our society these days. The music is secondary. That was never our first priority. 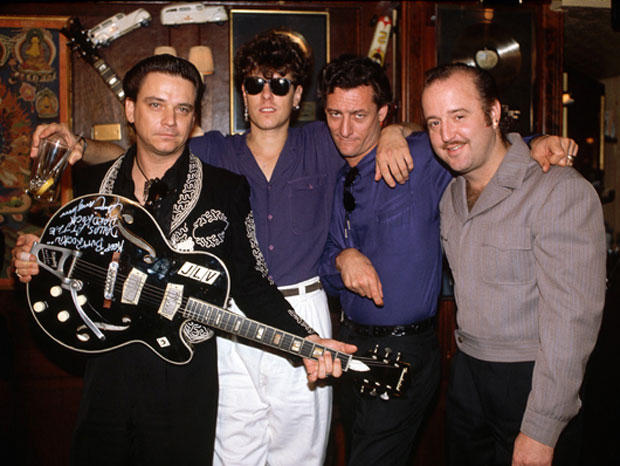 Describe the ideal BAND to you? Three words to describe your sound & your progress

Roomful and T-Birds were ideal bands. We all thought the same, loved the same music, stuck together, kept it real. An ideal band is like family, brothers, a marriage. Three words: Real, focus, love

I began when I was young and was doing weekend gigs at 14. Later, I was at the Rhode Island School of Design, and still playing. I had to make a choice for what I really wanted to do. That’s when I went full time. 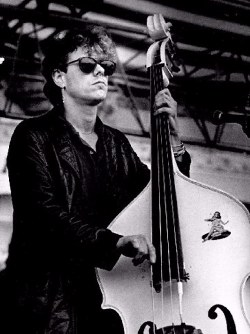 What were your favorite bass back then, where did you pick up your style? Upright or electric, and why?

I always loved my ’66 Jazz bass. I got it in a pawn shop for $75 when I was 17 or 18. It was stolen on a T-Bird tour. Clifford Antone gave me my ’52 P-bass, which I still have and play to this day. I had a beautiful old Kay upright for years. The white one.  And a beautiful German upright. Both were lost. I have a German one in Providence, and a Chinese work horse here. Very good bass. Upright will always be my preference. It is the REAL bass. Very different from electric. You gotta know what you’re doing in many ways with upright.

ALL the old (and gone) greats that we played with. We LISTENED to what they had to say (as opposed to know-it-all youngsters these days). Also, listening to records and your idols. I learned so much from Ray Brown, Oscar Pettiford, Willie Dixon, Paul Chambers, James Jamerson, Verdine White, etc etc etc…and never met any of them!

All the greats. Albert, BB, Freddie. Big Joe. Amos Milburn. Jimmy Reed. Muddy. The list is endless. Just about everyone who played and kept it real.

HA!! Thousands!!! It was an amazing time!! Despite ourselves, we became rock stars (but kept it real). Sex, drugs, and rock n roll all the way. Incredible years, and way too many stories. 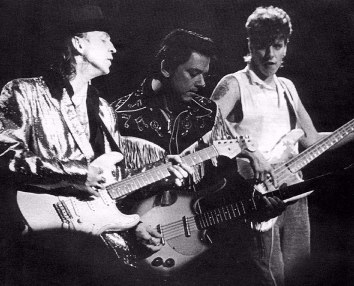 When did you first meet Stevie Ray & Jimmie, what kind of a guy was Stevie?

I met Stevie on Roomful’s first tour through Texas. He was 17, and took me out to his van to listen to a demo of “Love Struck”. That’s when we first met Lou Ann, Derrick, the whole old Austin crew. We already knew the T-Birds, and were good friends. Stevie was the best!!! BIG heart!! Always a pleasure to be around, tour with, and play with. His death was a devastating loss to us and the world.

I wonder if you could tell me a few things about your experience with Roomful of Blues.

They were family. A brotherhood of amazing young players. We rose up in the face of disco and corporate rock. When I listen to our early records, I’m always amazed…like listening to someone else. We were ground breaking white boyz, and still a huge influence to many players.

Basically, not a whole lot. We had horns….more of a slick Northern blues band. The T-Birds were more stripped down, and raw. But we all came from the same place musically. We all had the same influences. They turned us on to many things, and vice versa.

Of all the many albums you made, what was your favorite? What tracks are you really proud of?

There are so many! Tuff Enuff, of course (we actually all had a hand in writing that, but Kim got credit). Look At That. Sweet Georgia Brown (on Duke’s record). Greg Picollo’s record. The Nitelife’s “Player”. My old band here “Los Carnales”. The Snooky and Pinetop records. Again, way too many to choose! 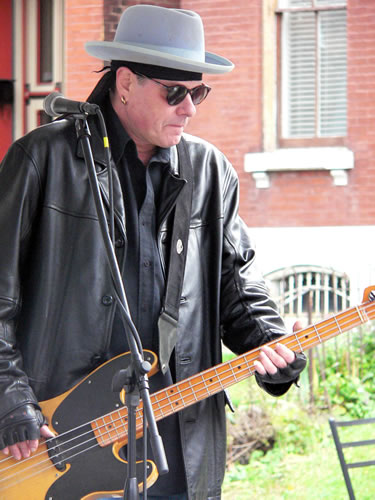 Do you remember anything funny or interesting from the recording time? What’s the best jam you ever played in?

Recording was always fun. Both bands always cut live for basic tracks, then added other stuff later. Doing Duke’s jazz record was fun. All of us in one room laying it down. Same with The Nitelifes “Player” record.  I smoked some weed (bad mistake…it makes me paranoid and stupid) while the T-Birds were tracking “How Do You Spell Love”, and couldn’t play the simple bass part until I came down. HA!! Ronnie Wood and I were snorting coke in the bathroom toilet that whole session too. Always interesting and fun! I love the studio! As for jams, there were hundreds. Stevie and The Birds toured the world together several times, so that was a nightly thing. Fran and I backed Carlos Santana one time (he couldn’t afford to bring a band at the time). That was a jam. We always had peeps coming to our shows and sitting in: Bonnie, Dave Edmunds, Nick Lowe, Brian Setzer, Dr John, on and on and on. The Blue Mondays at the old Antone’s were always a jam, with peeps like Albert Collins and Buddy Guy showing up. Heady days!

Why did you think that Preston Hubbard, continued to generate such a devoted following?

Because I kept it real, worked my whole life to be a premier bassist, was involved in some legendary bands and with legendary players, all that. I also went into the abyss with dope and prison and all, and emerged unscathed. Got out of that life alive, and changed it. All my friends and family came back to me. I love them, they love me back. I’ve also helped a lot of peeps since then (aside from music).

The old story: I would keep a better eye on the business end of things. We all let a lot of fucked up things happen on that way, and we all got screwed to one extent or another. Same old story. 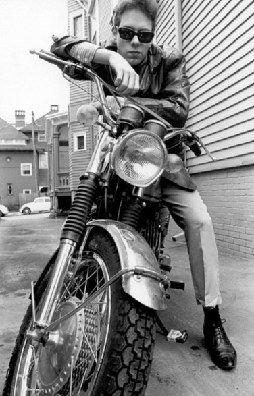 It has become more and more of a controlled and generic thing. All manufactured and shoved down people’s throats. Justin Bieber. Need I say more??

Well, all the greats have pretty much died off. I admired (and idolized) them all. I’ve always been a huge Stones fan (and actually got to know them). Lou Ann Barton (an old, close friend who I love to death). Lots of old friends. Too many to list. Marty Ballou (a bassist I only recently met, but we’ve had a mutual admiration society for a long time). Not too many current players or bands. I admire Vinnie Valenza, who owns the Blues City Deli here in St Louis. Wonderful guy, who has done so much for the blues scene here, and has become a good friend.

KEEP THE BLUES ALIVE!! It always endures, but needs people to support it!! Players: keep it real! Fuck the blues rock, rockabilly, scenester retro crap. Just play it real and put your own stamp on it!!

and one last, I would like to put a song next to each name & expression. Blues, Vaughans, Big Joe Turner, Duke Robillard, “Dope”, Bass & Preston Hubbard.

Blues: My Love For You Will Never Die 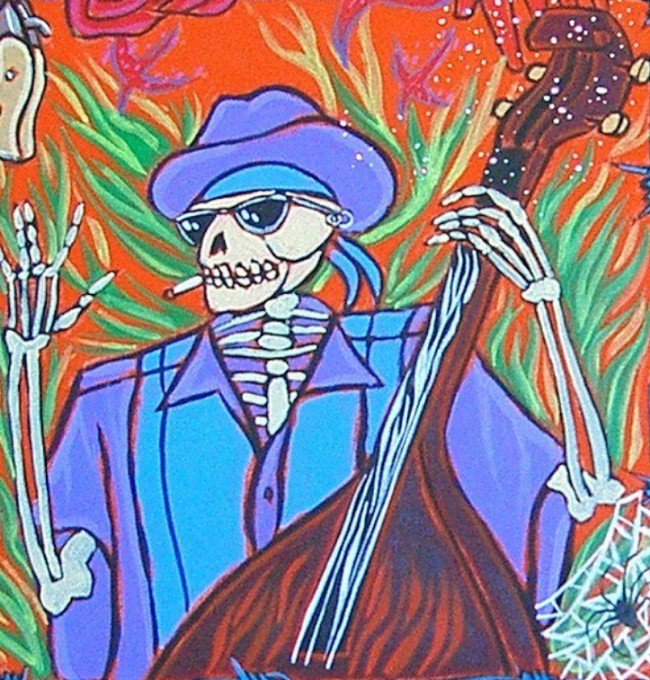