An Interview with Reuben Vigil: My wish is that it keeps evolving while maintaining a high level of tradition.

"Blues to me is taking a bad situation and getting some good from it".

There is a quality guitar slinger on the Blues horizon, and you should know his name: Reuben Vigil. Vigil fronts trio Big Shot Reub & The Reloaders, who have released a tasty new ten-song set of sumptuous music entitled, Roundhouse Blues (Hat and Case Music). The CD was mastered by multi-Grammy-winning Charlie Watts (renowned for his work on Fleetwood Mac’s Rumors among others), while being engineered and produced by Glen Laughlin (Dickies, Cherry Bluestorms).

Big Shot Reub & The Reloaders are Reuben Vigil, lead guitar-vocals, Jodie Hill (bass) & Ric Lee (drums) - Vigil's acoustic band cohorts are Bo Cantrell on gutbucket bass and Dan McDowell on harmonica - played and performed in various San Diego bands before coming together to record Roundhouse Blues, which in Vigil’s words, “is a labor of friendship and getting my friends back to work. In this effort all processes have been near seamless. I am a lucky man.” 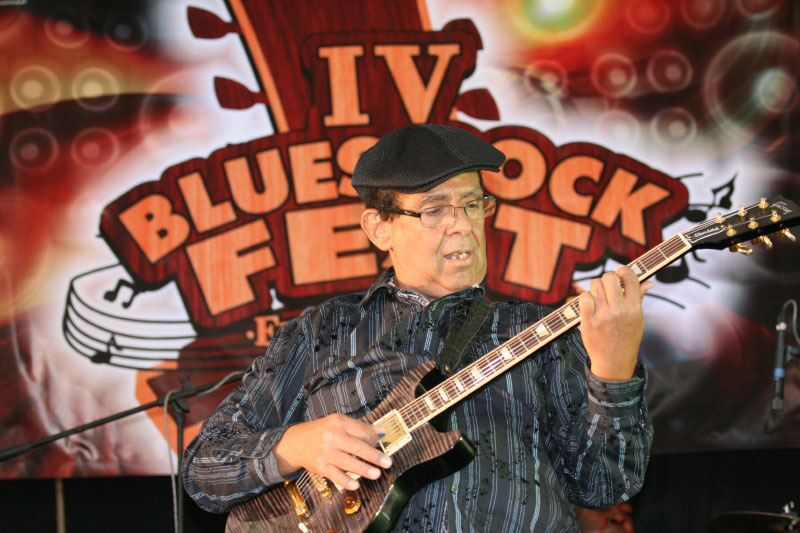 The songs on Roundhouse Blues reflect Vigil’s diverse influences – B.B. King, Elvis Costello, Carlos Santana, Eric Clapton and Jimi Hendrix among them. From opening track “So Much Inside Me” (“a jump-swing tribute to the greats, including Wynone Harris and Louis Jordan,” explains Vigil) and melodic “Love’s Come Knocking” (“a song designed to comfort a mending heart…speaking what you want and not what you have”); to the Latin-flavored “Viva Bracero” (“a tribute to the unskilled laborers that helped rebuild America after the Great Depression”); and uptempo, toe-tapping “Big Shot Roll” (“a salute to the West Coast swing dancers that are an integral part of the San Diego blues scene”), there is truly something for every Blues lover on ROUNDHOUSE BLUES.

Reuben, when was your first desire to become involved in the blues?

I was ten years old, I wanted to play like BB King.

Allman Brothers "LIVE AT FILLMORE EAST", I learned the album note for note. I did this using a portable record player, I slowed the speed down to 16.

The best moment was and the worst moment were one in the same. I was a guitar player for a church. September 11, 2001 was difficult for me to deal with. I spent my time listening to talk radio and wondering what the future would bring. I got to a point where I realized that something had to give. I was inspired to reach out to my local community. My thinking was that if I could put a smile on someone's face then I would begin smiling again. The only thing I had to give was my ability to play guitar. I started going to jam sessions, then running jam sessions. Finally I was picked up by a couple of singers Michele Lundeen and Shelle Blue. 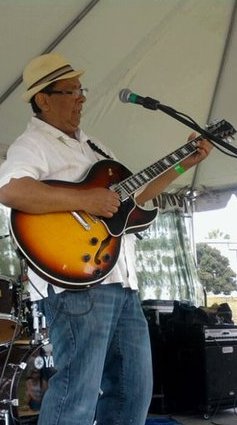 Blues to me is taking a bad situation and getting some good from it.

James Brown  at the San Diego Sports Arena in the 60's.

What mistake of music business you want to correct?

Treat the people that play with me with respect and fair pay.

Give one wish for the blues music

My wish is that it keeps evolving while maintaining a high level of tradition.

Stormy Monday and The Thrill Is Gone 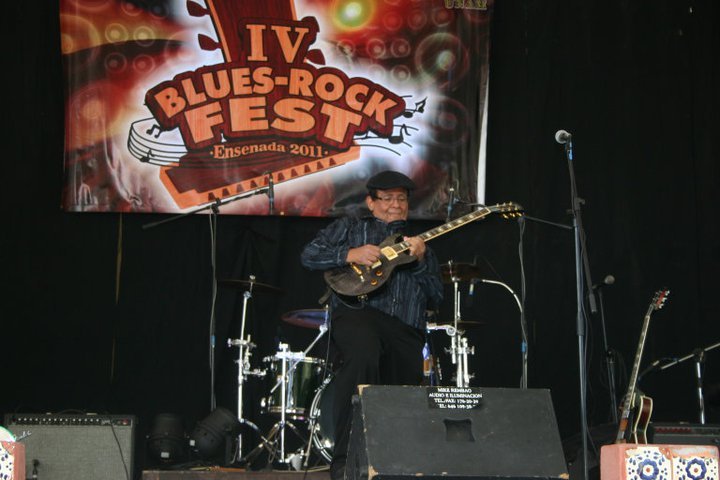 What are the common factors of exhaling and playing the guitar?

Got to breathe to keep the timing of the phrasing.

SKYDOG was an Allman Brothers tribute band in Poway California. I grew up in Poway California. Singer, Sax Player, 2 Drummers, 2 Guitar Players and my friend Crag Carlstrom on Bass. I learned a lot from Craig. He even let me drive his car to some gigs , even though I was to young to have a drivers license.  Thank You Craig!!!

Tell me about the beginning of Big Shot Reub & The Reloaders. Where did it start & how did you choose the name?

I was at my one of my sister's homes during the holidays in 2009. We were feeling nostalgic and started looking for old friends on facebook. I found my good friend Glen Laughlin, we got in contact and I learned that Glen had toured with The Dickies for twent years. Glen also built a sound studio. We made arrangements and moved forward with the creation of Big Shot Reub and The Reloaders "ROUNDHOUSE BLUES". Glen's studio is Roundhouse Recording Studios in Studio City California. 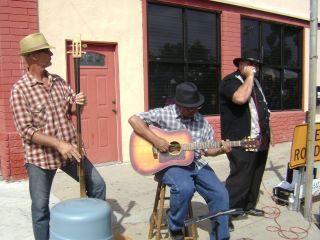 My music is based on the good times and bad times experienced in romance.

Tell me about your meeting & work with Charlie Watts

I met Chalie Watts through my friend and producer Glen Laughlin. Charlie has done mastering for Glen. Once the album was mixed Glen and I drove to Hollywood to Charlie Watts "WATTSMIXERS" studio. There Charlie worked his magic on the final mixes. Charlie Watts is a multi award grammy award winning engineer. Charlie has credits for mastering  Fleet Mac's "RUMORS" album.

What are the most popular local bands of blues?

There are so many great blues bands in San Diego, the best way to keep up is checking Blues Lovers United of San Diego on line. 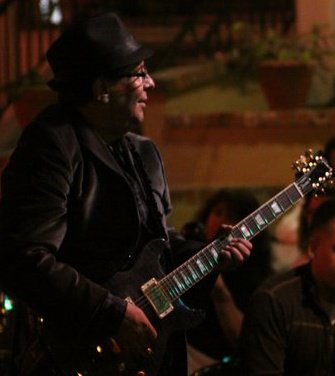 What are the bars and clubs that host blues events in your town?

In addition to being home town for some really talented blues acts, San Diego is also home to a great 'WEST COAST SWING DANCE" organization that supports the local Live Blues music scene.

Blues in San Diego has flourished with the support of Blues Lovers United of San Diego. The current economy has posed some challenges that have bought the already close Blues Community even closer.

What do you think of Latino & Caribbean folk music (Kumina, Son, Boleros, Tejanos etc) & how close are to BLUES?

I love it, In fact the first time we ever played Viva Bracero live, a honeymooning couple from Columbia got up and danced. When the song was done the Columbian man said that this music was like the music in his home country!!!

How  is a Latino in the US to play the blues?

It's great, in fact Carlos Santana grew up in Tijuana, BC. Blues and Latin mix well!!!

What made you want to work with Carlos Santana?

I have never met Carlos Santana, I would like to!!! I admire Carlos's music, world views and spiritual views.

What would you ask of Jimi Hendrix & Duane Allman?

Let's play another one, what key? 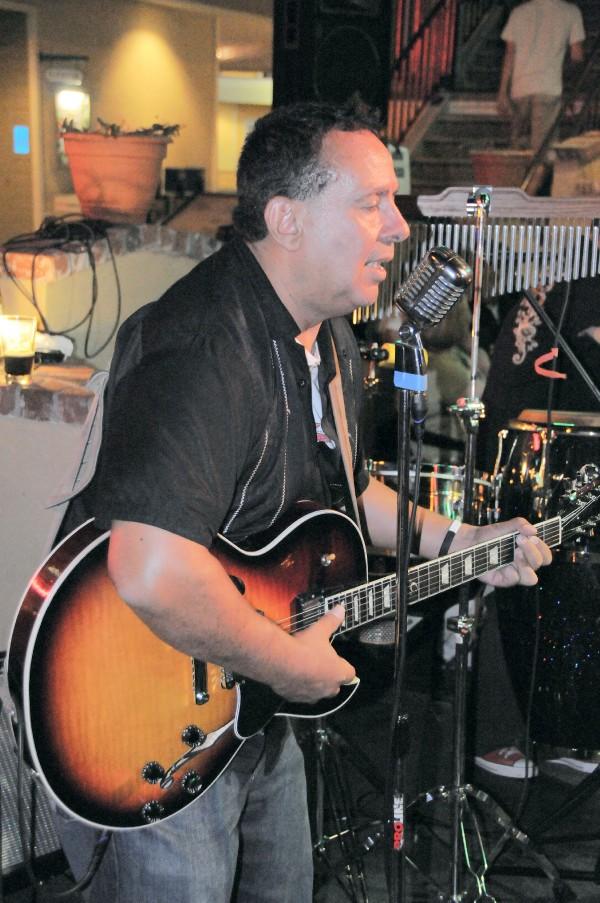