An Interview with Bluesman/Roots-Rocker Jon Paris: "Now, isn't that what the blues is really all about?!"

Jon Paris: The Blues Had A Baby and They Named It Rock & Roll 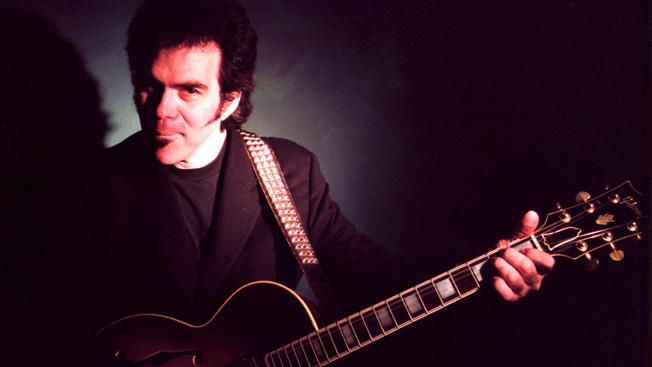 For over a decade he played in-the-pocket bass guitar and over-the-top harmonica with Blues Legend Johnny Winter, touring the world and appearing on Winter's Raisin' Cain, Serious Business, and Winter of '88 albums. Leading his own band on guitar, vocals and harmonica, Jon Paris has maintained a consistent and loyal following in and around the New York area. Jon has already two recordings under his name ("Rock the Universe" and "Blue Planet") and now working on a third album. Jon Paris inducted into the New York Blues Hall of Fame.

Jon, when was your first desire to become involved in music?
I always enjoyed singing, I sang in the choir when I was a kid. I started playing drums in the summer of 1963 - before the British invasion! The first time that I got together with a couple of high school friends, who played guitar, I was hooked. Which is the most interesting period in your life and why?
I don't know about interesting, but getting to work with Johnny Winter, Bo Diddley, Link Wray, Mick Taylor, Hubert Sumlin, and Johnnie Johnson… all great experiences. Getting to know Les Paul is probably the highlight. 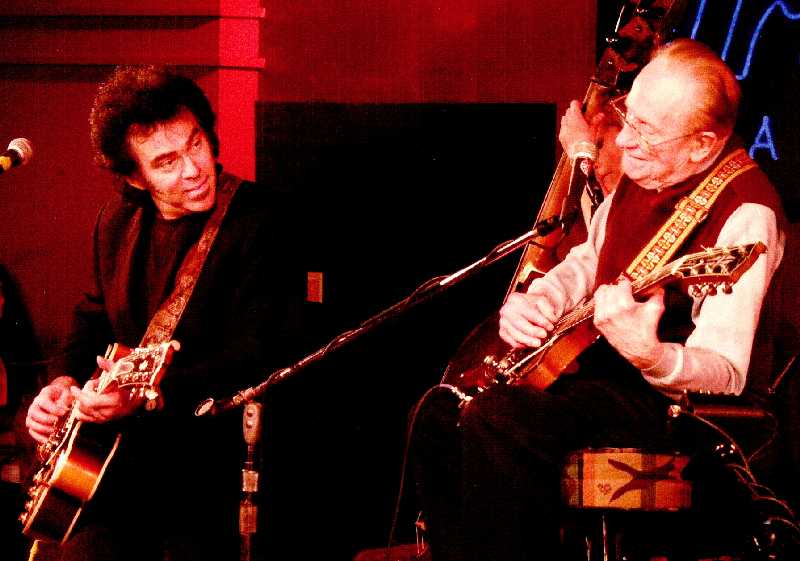 How has the music business changed over the years since you first started in music?
Sadly, there are not as many opportunities for most musicians to perform live.

Do you have any amusing tales to tell from the studio with all these wonderful sessions?
I was recording some demos with Ron Wood, and in walked Woody's friend Bob Dylan to join us. I was already pretty nervous. But at one point I asked Dylan if he remembered the Solbergs from Hibbing, Minnesota. Chuck Solberg was a childhood friend of his. I knew Chuck and I’d been in a band with Chuck's brother Jim (James Solberg, the great blues guitarist, Luther Allison’s right-hand man). The fact that Bob Dylan and I had mutual friends really took some of the pressure off!

Would you mind telling me your most vivid memory from Johnny Winter?
Again, too many great memories! Well, there was the night I first met Johnny at a Louisiana Red gig here in New York City, and the three of us jammed together until 4 in the morning! The time Johnny invited me to play  a special homecoming show with him down in Beaumont, Texas. I got to stay with him and his wonderful parents… 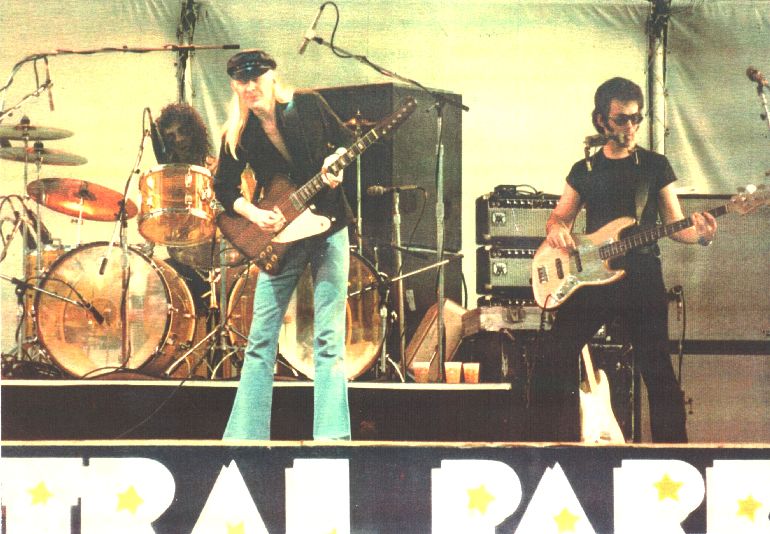 Are there any memories of all these GREAT BLUESMEN which you’d like to share with us?
I sat in with Freddy King when I first came to New York. Sat in with Muddy Waters when "I was square as a pool table and twice as green." (Thank you Elvin Bishop for that saying!) Freddie King had such a powerful presence, Muddy Waters literally had an aura. Backing up John Lee Hooker at the Philadelphia blues festival years ago was very cool. Having Honeyboy Edwards sit in with my trio. I got to jam with Les Pauland B.B. King at B.B.'s club here in NYC. These men were larger than life… B.B. Still is! I sang the finale number with Les Paul and his trio at les's 90th birthday party at Carnegie hall, with Steve Miller, Edgar Winter, Kenny Wayne Shepherd, Pat Martino, Stanley Jordan, Tommy Emmanuel, Derek Trucks, Frampton, Satriani, Schon… about 20 great musicians all on stage together… wish you all could've been at that one!

Which memory from the road with the Blues makes you smile?
Too many great memories! 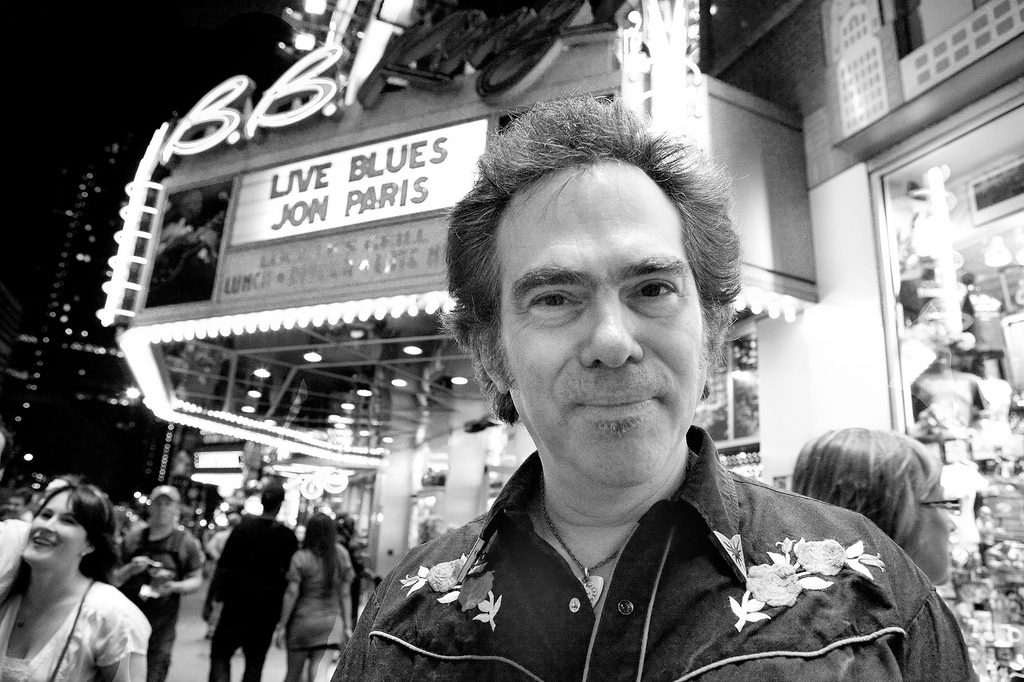 "I don't know about specific advice, but when I was first starting out in the Midwest, Luther Allison was one of the most encouraging bluesmen I ever got to know." Photo by Jason Kuffer

From who have you have learned the most secrets about Blues music?
You know, with today's technology there is so much information available for youngsters starting out - CDs, DVDs, MP3s, YouTube. But I was very fortunate to have learned first-hand from a lot of the greats. I learned so much from Johnny Winter, just getting to hear him play like a thousand times! Being on stage and getting to hang out with the mighty Bo Diddley. Jamming and hanging out with Les Paul all those Monday nights at Fat Tuesday’s and at the Iridium… priceless!

What is the best advice a Bluesman ever gave you?
I don't know about specific advice, but when I was first starting out in the Midwest, Luther Allison was one of the most encouraging bluesmen I ever got to know. Thank you Luther, we miss you!

What is the difference and similarity between the BLUES, REGGAE, and ROCK feeling?
If you look at Gatemouth Brown or Jack Bruce, for example, they might be known to some as a blues musician, or a rock musician, but guys like that, they're all-around great musicians, accomplished at many styles. Check out Albert King doing "the very thought of you" or Bing Crosby singing with Louis Armstrong or Merle Haggard singing "Pennies from heaven" on Les Paul's "chasing sound" DVD… in other words "it's all music!" 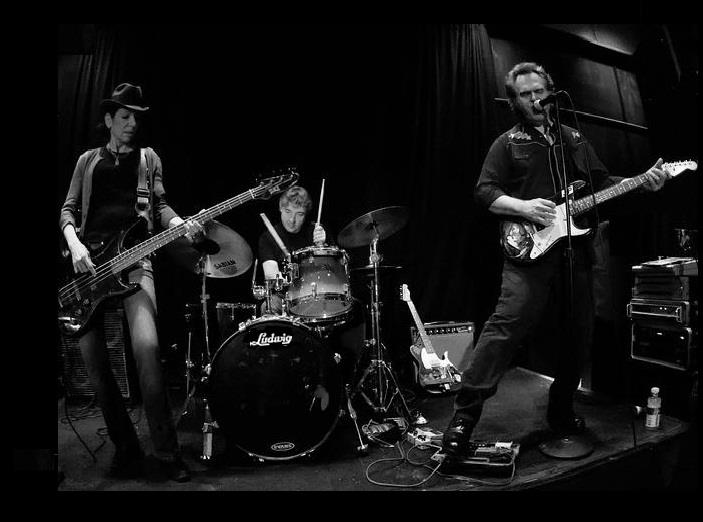 "I wish I would have moved to New York earlier, started playing guitar earlier, and made my own recordings earlier. And if I knew I was gonna live this long, I would've taken better care of myself!" Photo by Arnie Goodman

Some music styles can be fads but the Blues is always with us. Why do think that is?
Once again, blues is the common ground!

If you go back to the past what things would you do better and what things you would avoid doing again?
No regrets! Yeah, right! I wish I would have really studied music, learned to read. I wish I would have moved to New York earlier, started playing guitar earlier, and made my own recordings earlier. And if I knew I was gonna live this long, I would've taken better care of myself!  But as Dylan said, "don't look back" and as my father always told me, "Always forge ahead!"

What is the “feel” you miss most nowadays from the ‘70s – ‘80s?
The feel of a beautiful young woman! Now, isn't that what the blues is really all about?! 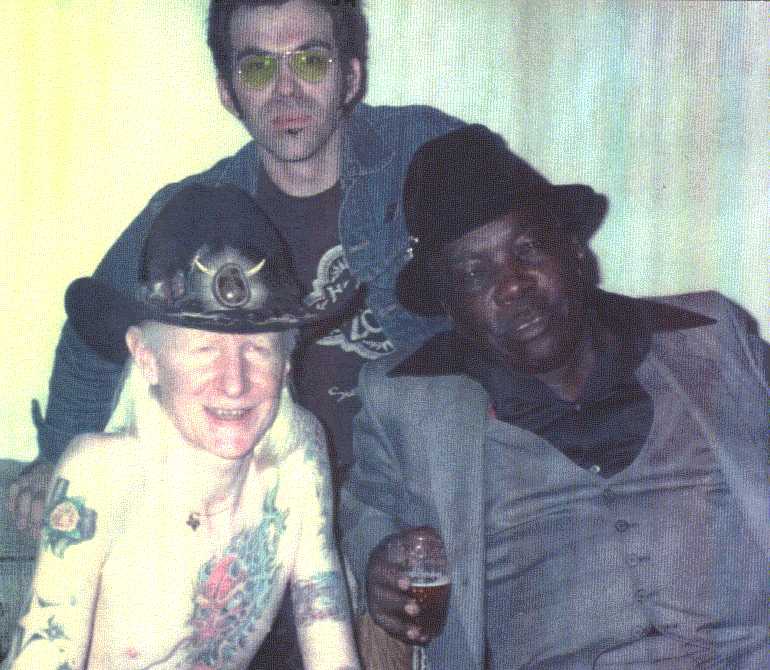