An Interview with brilliant singer/songwriter Beverly McClellan: Blues is the heartbeat of life

Rock ‘n’ roll is built on a foundation of great vocalists, and Beverly McClellan is quickly becoming its newest cornerstone. NBC-TV’s The Voice introduced her to the world as a singer of stunning power and range with the presence and ability to draw comparisons to Etta James, Janis Joplin, Bonnie Raitt and Melissa Etheridge, to name just a few of the great torchbearers whose legacies she evokes. Now McClellan’s debut international release Fear Nothing presents her as a true and original artist - a songwriter, multi-instrumentalist and dynamic presence with the ability, authority and desire to carve her own place in music history.
“I believe that I have a message,” says McClellan. “It’s simple: be yourself, love yourself, always be honest, and let the rest come naturally. That’s the way I live my life and make my music.”  And that’s the easygoing Zen she applied to the recording of Fear Nothing at Los Angeles’ House of Blues studios with producer David Z. (Prince, Fine Young Cannibals, Billy Idol, Buddy Guy) and the superb rock and roots session players he assembled: guitarist Josh Sklair, keyboardist Jimmy Pugh, bassist Hutch Hutchinson and drummer Tony Braunagal - all noted producers in their own right. McClellan also brought along her own longtime guitar foil Billy Vazquez, and a stack of mostly upbeat and entirely heartfelt new songs.
A soulful rock singer with honest lyrics and a raw sound, Beverly plays over 10 instruments and has already released five independent albums. Originally from Virginia, she’s worked the clubs and bars around Fort Lauderdale, Florida for nearly 20 years, always looking for that big break. 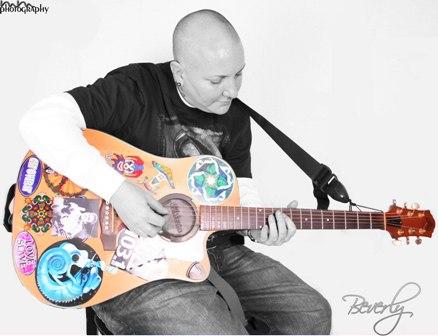 Beverly, when was your first desire to become involved in the blues & from whom have you have learned the most secrets about blues music?
Etta James made me want to play the Blues, but living on a working musicians’s pay scale for 20 years showed me the blues, too

What does the BLUES mean to you & what does music offered you?
Music gives me a voice in the world that can be heard. It is hard to write a happy blues song but if you listen to my album I have a few on there that are blues and motivational. Old school blues talks about a lot of heartache as it wasn’t allowed…It is still underground I mean Hip Hop is televised on The Grammy’s and the Blues isn’t. Blues is the heartbeat of life why wouldn’t I want to be a part of that …

What do you learn about yourself from music? How has the blues music changed your life?
Blues is the truth! It is just the Truth for me and it gives me a place to speak my real mind ina way that no other music can 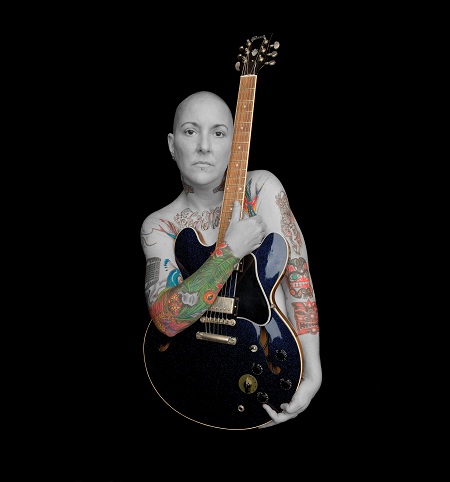 How do you describe your philosophy about the music and life?
Live Life you only get one!!!

What experiences in your life make you a GOOD musician and people?
I have learned the hard way always at my own expense so I would say that I have been stubborn and never ever let anyone tell me what to do so I have made lots of mistakes but they have taught me how to be.
I am more street smart than book smart and that makes me have a better way with people.

How/where do you get inspiration for your songs & what do you think is the main characteristic of you personality that made you a songwriter?
Because I have a lot of love for people and sometimes you can call me naïve because I alwsys want to think the very best of people and even if they let me down I still love them because that is the cure for everything, it really is as said best by Bob Marley….One Love

Do you think that your music comes from the heart, the brain or the soul?
From the Heart & Soul just like my management team How does your Native American roots come out of the music and your songs?
I don’t know it is just a part of who I am so comes out with the music. 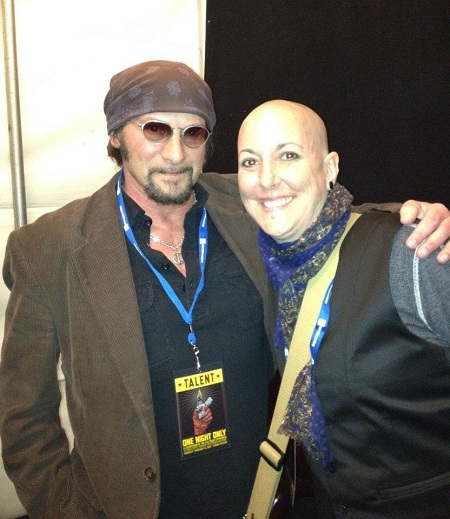 Are there any memories from studio with David Z, Jimmy Pugh, & Hutch Hutchinson which you’d like to share with us?
Don’t forget
While recording Come To Me david Z decided to let the tape roll, and it was the most amazing first take which was thec ase of most the album with these gentlemen which I will never forget because after it was done and I sat there listening to it ring out before you can take your foot off the piano pedal the first thing I heard was lal of them say Oh My God, We all knew we did it, it was beautiful. It was the best experience of my life and iin the House of Blues Studio so there couldn’t have been any better energy! And a Grand Paino!!!! Doesn’t get any bettter

And would you like to tell your best memory from your stay Keb Mo’s Nashville home studio? Which memory from Keb makes you smile?
When Keb Mo and I were trying to finds a tempo for the song he actually said to me Beverly get up Let’s dance and I looked at him confused and he said let’s dance and I did it because it was Keb Mo and we danced and he asked does it feel right and I said yes. Plus not to menion  learned more chords on the guyitar that day that I didn’t know existed he is a fabulous man

What MOTTO of yours, you would like to stay forever? What your favorite Zen Koan?
Shoot for the Moon because even if you miss you will land among the Stars Some music styles can be fads but the blues is always with us.  Why do think that is? Give one wish for the BLUES
That we we would be recognized at The Grammy’s on TV with performances and to be seen as absolute equals

What advice would you give to aspiring musicians thinking of pursuing a career in the craft?
The Blues is the foundation Be true to your heart, if The Blues is in your heart people will accept and nurture you

From the musical point of view is there any difference and similarities between: bluesman & blueswoman?
I don’t think there is any difference at all It doesn’t matter what your gender is if you bring it you bring it
Music is sexless if it is good it is good.
They wouldn ’t even show Elvis shaking his tush on TV but people still got it and knew there was something special about him and his music makes people lose their minds, 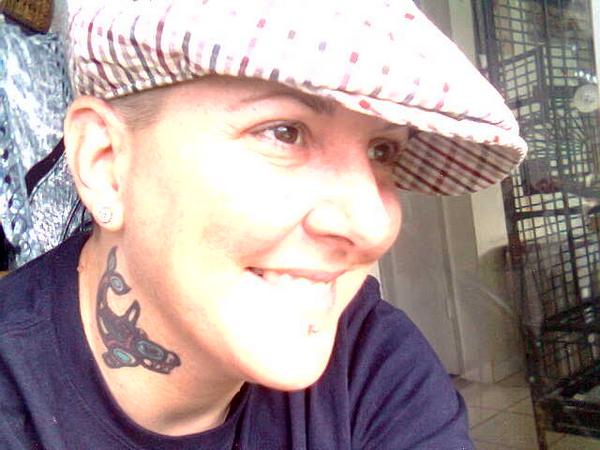 What is your “secret” music DREAM? What turns you on? Happiness is……
I like Sunday mornings Etta James said it best A Sunday Kind Of Love I love to cook and I love a big old glass of mountain dew and Ellen DeGeneres has been my favorite Pandora station she cracks me up

Which is the most interesting period in your life and why?
Now because it is just getting interesting

When did you last laughing (and cry) and why?
I cried on the movie War Horse Congratulations on whoever wrote and produced that movie and I am a sucker for animals it was a beautiful movie That was a good cry I suggest a box of tissues to watch that movie
Yesterday my bird pooped in my hand and I caught it so it wouldn’t hit the floor so it made me gag and laugh 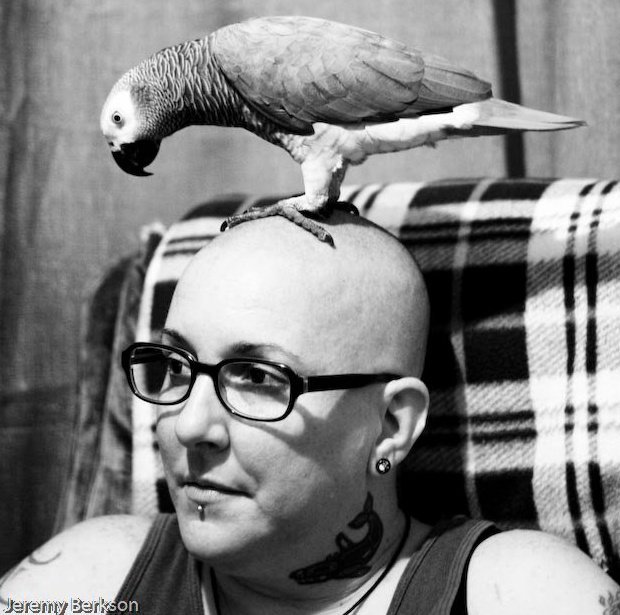 How you would spend a day with Etta James?
Listening to our favorite music, cooking our favorite southern food and possibly singing a few gospel tunes on the piano with her

What would you say to Janis Joplin?
Your light blew out way too quick girl! I would have liked to have really known you and hung out with you and been your friend because it is not about what you look like but what you sound like and you have the heart and soul and timeless voice and I would love to sing with you

What would you like to ask Dolly Parton?
What is your favorite songs you and your siblings used to love to sing, my was The Battle of Any of your tattoos have any real personal story/feelings for you?
Every tattoo is personal and every tattoo has a story and they are all mine It would be a long story

What is the next to be hitting?
I will be touring with BB King the next two weeks and I will continuer to sing the Blues for the world 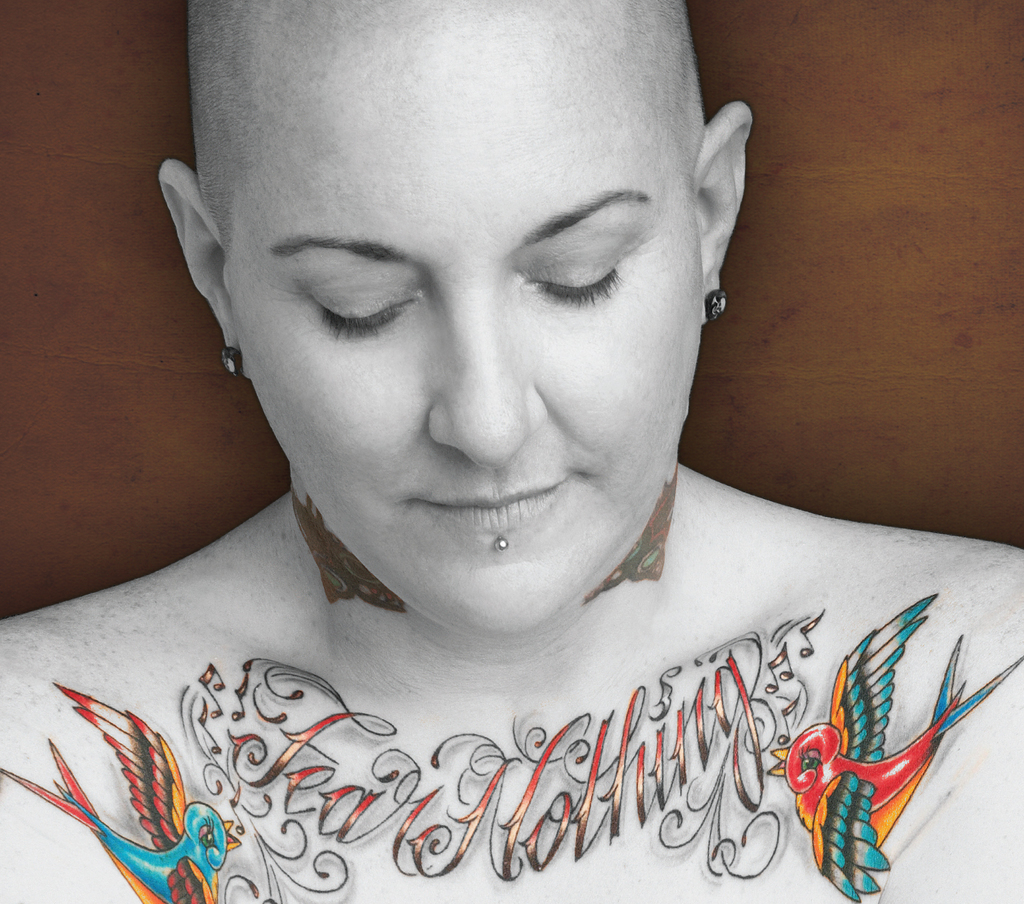