Growing up in the shadows Chicago's blues mecca, Theresa's Lounge, had a lasting effect on Toronzo Cannon. As a kid, Toronzo would listen to the raw, soulful sounds of legends like Junior Wells, Buddy Guy and Muddy Waters. "It wasn't just the music that got me, but the effect on the people. I knew right then, that was what I was gonna do." 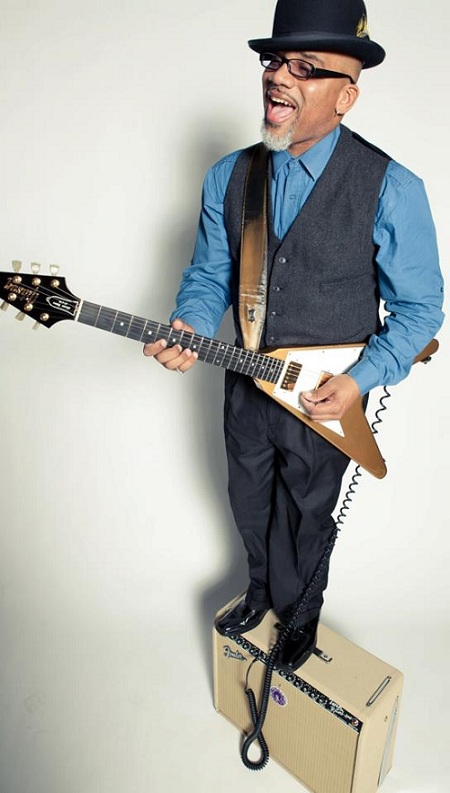 These experiences led him to pick up his first guitar as a teenager and begin to learn to sing and play the sounds he heard. Inspired by the three Kings (Freddie, B.B. and Albert), a little Hendrix and some 70's R&B/Soul, Toronzo soon developed his own sound. "If I wasn’t gigging I was hitting every jam session I could find. I couldn’t get enough." It was during this time that he developed his own powerful, gospel-flavored vocal style and electrifying stage presence.
After playing rhythm guitar with local artists like Wayne Baker Brooks and Joanna Connor, Toronzo decided to form his own band, The Cannonball Express. He immediately was in demand, playing some of Chicago’s greatest blues venues like Buddy Guy’s Legends, House of Blues, Kingston Mines, B.L.U.E.S, Blue Chicago, Lee's Unleaded as well as shows from Kentucky to Delaware and Iowa to Indiana.

When was your first desire to become involved in the blues & what are your first musical memories?
When I first started playing I was playing reggae music. But every jam I would go to was a Blues jam. Then I started getting more in the Blues and remembering my mom and dad records when their friends would come over I would hear them in the front room. 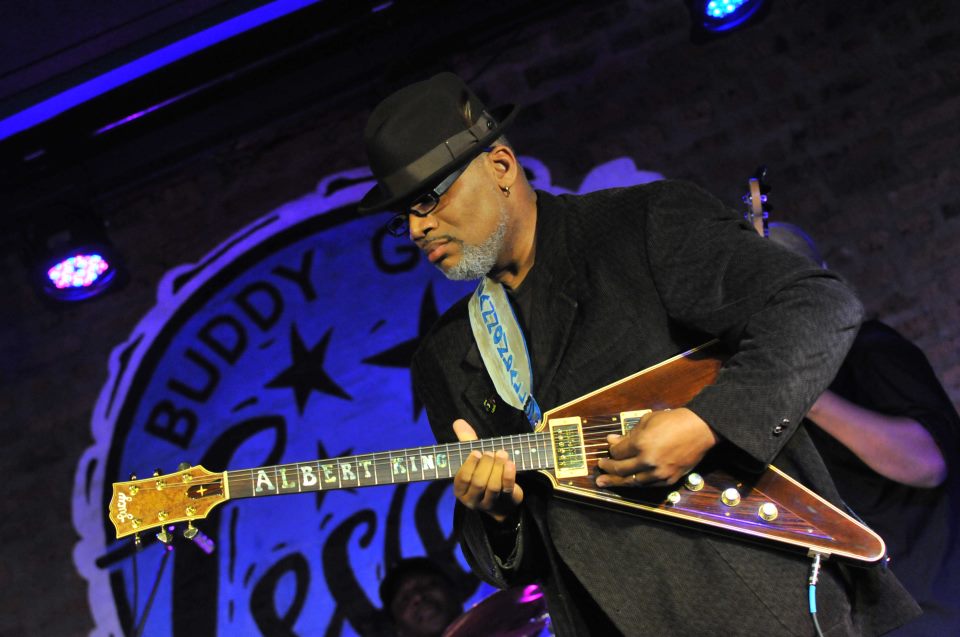 Who were your first idols & what have been some of your musical influences?
Bob Marley was my first musical idol then when I started to play better it was Albert King, Buddy Guy, Freddie King, B.B. King, JB Hutto, Hound Dog Taylor. The usual blues guys.

What was the first gig you ever went to & what were the first songs you learned?
In the beginning it was jams. The first I ever learn was Muddy Waters Mojo Working

What does the BLUES mean to you? What does the BLUES offered you?
Blues to me is truth telling music, truth feeling music. Blues has offered me the chance be part of a movement to keep the genre alive and current. If we all do our part the Blues won't go away. Which was the best moment of your career and which was the worst?
When I signed with Delmark records was the best thing that happened to my career. It put my music in the Family other Delmark artist I admire and respect. Magic Sam, Junior Wells, Willie Kent, Diana Washington etc. The worst time of my career is when I lose my fellow "Blues Soldiers" Chico Banks, Lil Dave Thompson, Jimmy King, and more recently Michael Burks. When this happens it very hurtful because it reminds me how short life can be and how you want to make every performance count for your soul.

Of all the people you’ve meet, who do you admire the most?
My friend and now Delmark artist Mike Wheeler. He has a wealth of knowledge about music and life. Whenever I feel like I need some direction about anything I go to him for focus. He's a very good guy. You don't find too many good friends like him.

What experiences in your life make you a GOOD musician, songwriter…and bluesman?
Just living life, learning from my mistakes and others mistakes and triumphs.
You HAVE to go through some Life good or bad really sing about what you've experienced. 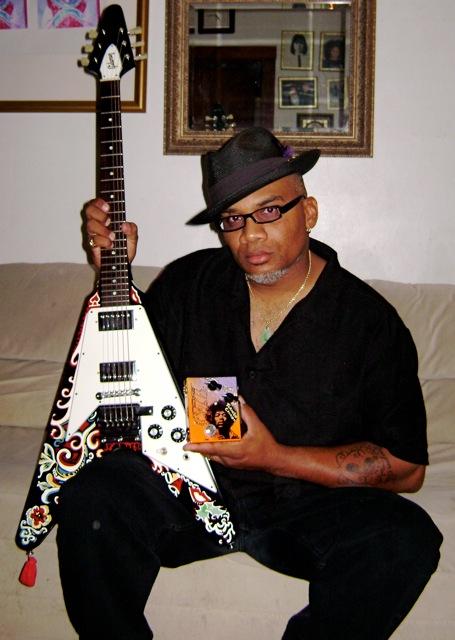 How do you describe Toronzo’s sound? From whom have you have learned the most secrets about the blues?
My sounds would be considered contemporary Blues. It has elements of Blues funk R&B Hendrix-ian sounds but still Blues based. I've learned Blues from everybody I look and listen to, even when I go to jams I look at the jammers, I look at their approach to certain blues runs and solos.

Why do you play GUITAR? What were your favorite guitars back then?

I was looking at a John Cougar video and it had a heavy acoustic sound that hit me. My favorite guitar is the Flying V because I’m lefthand and the angle is the same on both sides, I don't have to fight with it.

What are some of the most memorable gigs and jams you've had?
Breaking  and smashing a guitar at the Chicago Blues Fest 2010. The people went crazy and they probably thought I was crazy. And jamming with Buddy Guy, Otis Rush and Sugar Blue. Whenever "very famous" Blues guys get on stage or let me jam with them I really like that because that means they trust my ability to do my part.

Do you have any amusing tales to tell of Wayne Baker Brooks and Joanna Connor?
I was on the road with Wayne and the band and I started talking a flat tire and less the 10 miles up the road we got a flat tire...he said don't EVER talk about flats again on the road with him. And Joanna. I would during the show I would fall to my knees and bite the strings on my guitar ala Hendrix so one night while I was on my knees biting my strings I looked over and told Joanna to bring her guitar over and I started to bite her strings too the crowd went CRAZY. We started to make it part of the show...it was very cool. 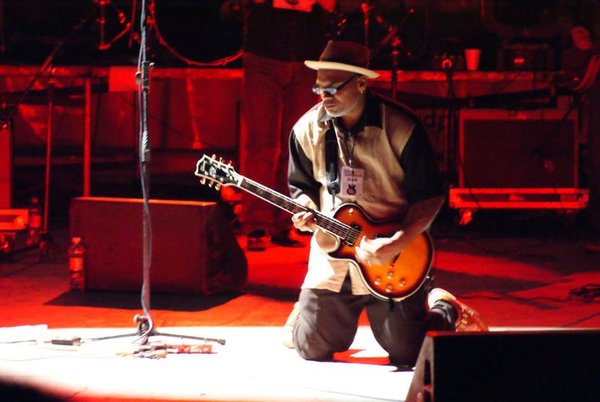 Are there any memories from your experience at local blues bars which you’d like to share with us?
Not really only that I’m very Honored to be part of Chicago Blues scene now. I have consistent gigs and getting recognition.

Do you remember any interesting stories from the legendary Theresa's Lounge?
Remember I was a kid I couldn't go in but I hung around the stairs looking in. My uncle almost got killed by a jealous woman. He had a woman at the bar and he ran across the street to SEE another woman and when he got back the woman from across the street came over with a gun pointing at him until someone grabbed her.

What is the best advice a bluesman ever gave you?
Lonnie Brooks told me "A BLUESMAN SHOULD HAVE A GOOD HAT AND A GOOD PAIR OF SHOES" and LC WALKER said every working musician should have BUSINESS CARDS not writing your number on a napkins. He said "would you trust a dentist writing his number on a napkin"? 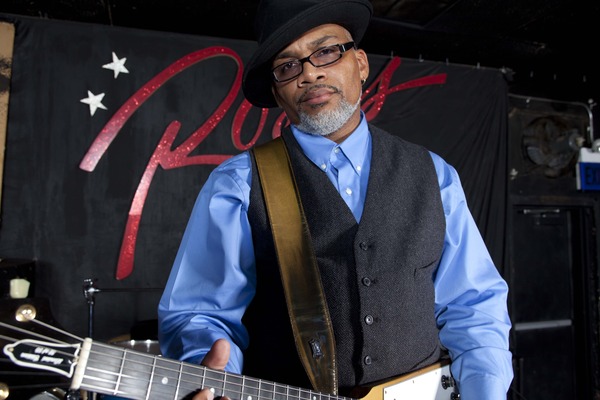 Why did you think that Chicago Blues continued to generate such a devoted following?

What characterize the philosophy of Toronzo Cannon about the blues?
I try to sing about what I know about ...its easier to sing that way.

Some music styles can be fads but the Chicago blues is always with us.  Why do think that is?
Blues is the basis of all American Music and Chicago Blues had a more raw sounds because again all those guys I mentioned above. 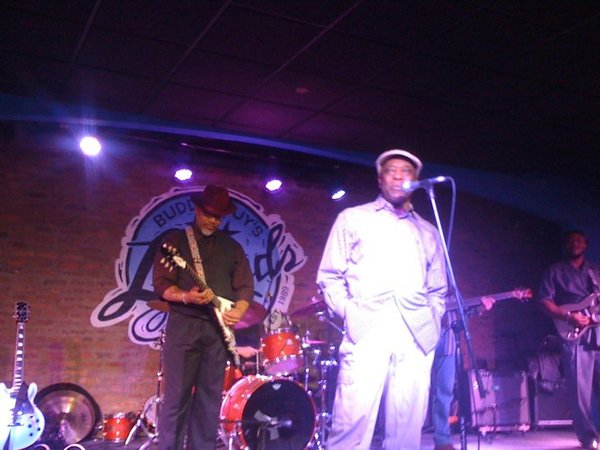 What is the think you miss most from the original blues era with Kings, Willie, Muddy & Wolf of nowadays Chicago?

I miss how GOOD those guys dressed. Some Blues guys don't dress well anymore, I require my guys to at least wear a shirt with COLLARS and nice pants. No T-shirts.

How do you see the future of Chicago blues music?
I see it going forward.

Give one wish for the BLUES... 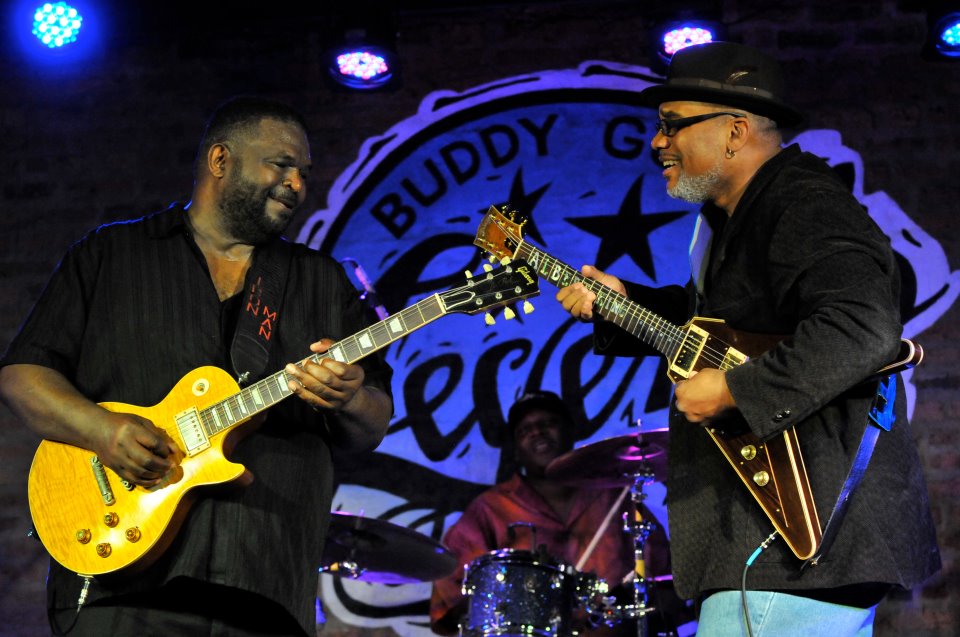