An Interview with singer/songwriter Maggie Mayall: The BLUES is an universally recognized form and language

"ALL music is about expressing the human condition. The highs, the lows, the good, the bad, the meaning, the joy, the pain of LIFE!"

Originally from Chicago, Maggie was on tour with guitarist Harvey Mandel in 1978 when she met blues great John Mayall and went on the road with his band as a featured singer, songwriter and percussionist. In 1986, she started an ALL-WOMAN blues band called Maggie Mayall & The Cadillacs, featuring Debbie Davies on guitar, which enjoyed several years of popular renown on the west coast. The band stayed together for 2 years and never released an album, sounds like a cross between The Fabulous Thunderbirds and The Stray Cats. She later joined a Rock Musical-Comedy group called The Housewives, appearing in clubs and on live T.V., including The Oprah Winfrey Show.
Maggie Mayall’s CD anthology, called "dig this" is a collection of recordings that covers my career from 1986 to 2001. The album released by her own label, Private Stash Records.

Maggie, when was your first desire to become involved in the blues & from whom have you have learned the most secrets about blues music?
There are no secrets about blues music! I started singing some blues songs when I was about 14. But I grew up listening to all kinds of music. I was trained in musical theatre, in classical. I loved the popular music of my time, which was the 60’s. I loved Big Mama Thornton, Paul Butterfield Blues Band and some old traditional blues material, along with folk music too. I played acoustic guitar and sang in coffee houses. This was in the early 70’s where I grew up near Chicago. But I must tell you that blues was not the only genre of music that I loved or participated in. I love all music. What does the BLUES mean to you & what does music offered you?
Blues has an universal appeal to it that is easily recognized by an audience. So as a performer, blues is a great vehicle to communicate with your audience. Blues music is relatable.

What do you learn about yourself from the music?
ALL music is about expressing the human condition. The highs, the lows, the good, the bad, the meaning, the joy, the pain of LIFE! 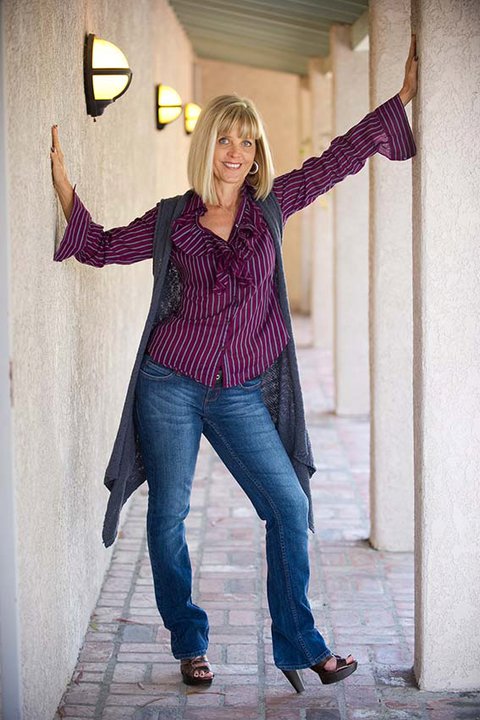 What experiences in your life make you a GOOD musician, songwriter and person?
I’ve walked through difficult times and I don’t try to hide from myself or from my experiences. Use it! Interpret it! Make it all a part of you. Be your authentic self. Don’t limit yourself and don’t try to be someone you are not! Trust yourself. Make music out of love, out of inspiration, out of honesty.

How do the female feelings come out of the music and your songs?
I am always looking for ways to interpret a classic blues song from a female point of view. For example: take “Have You Ever Loved A Woman” by Freddie King. Now there is a song written by a man lamenting a painful love affair. But what if I sang it? Then could it mean that I am singing it to men who hurt over a woman? Or could it be about a woman loving another woman in that same, intensely painful way? Why not?

From the musical point of view is there any difference and similarities between: bluesman & blueswoman?
There SHOULD be a difference, because men and women ARE different! I don’t want to make generalities though because there are many nuances. But female energy and male energy are different and we should celebrate that and use that to all the advantage we can! Which is the best advice John Mayall has given to you about the blues music?
Even though we are divorced now, I will always cherish the 33 years I spent with John Mayall—both on a personal level and on a professional level. John Mayall is the best bandleader I have ever met. I don’t think I am alone in feeling that way. And he trusts his gift. My best advice is: learn by example of the people you most admire.

Are there any memories from the blues road with John Mayall, which you’d like to share with us?
There are so many. I was onstage with the band in Barcelona, Spain in 1978 and (guitar player) James Quill Smith walked up to the microphone and was electrocuted right next to me. It was horrible! He survived, thank God! But he had to leave the tour. In fact, that tour I think we started off with about 8 and ended up with about 5 for various reasons. Those were crazy days. 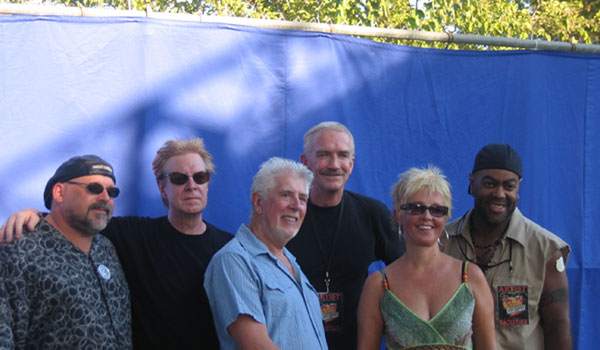 How did you first meet Harvey Mandel? Do you remember any interesting stories with “Mr. Snake”?
I was living in Chicago and heard about Harvey Mandel looking for a singer. He was looking for a male singer, but I talked my way into the audition and he hired me. I haven’t seen him in 30 years! I hear he faces the audience now. But in those days, he played with his back to the audience most of the time! And he was putting his guitar through a synthesizer! This was 1977 or 1978! He was a body builder in those days, so he was always drinking egg whites and pumping iron!

Which of historical blues personalities would you like to meet?
Well, I met Muddy Waters. And Willie Dixon and John Lee Hooker knew me by name, so that’s pretty cool. I opened for Etta James a few times. I would have loved to have met Big Mama Thornton.

Some music styles can be fads but the blues is always with us.  Why do think that is? Give one wish for the BLUES
The BLUES is a universally recognized form and language. 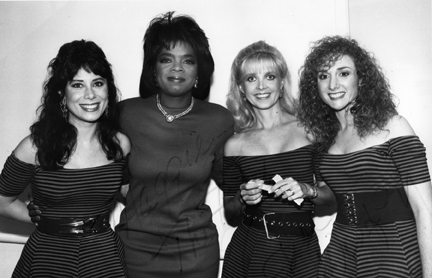 Are there any memories from Rock Musical-Comedy group called The Housewives, which you’d like to share with us?
We had what’s called a “pitch meeting” at Disney with (then-heads) Michael Eisener and Jeff Katzenberg to make a movie. But they wanted Goldie Hawn and Cher and someone else to play our roles! I still think we should have made the deal because I could sure use that money now! We made all the rounds in Hollywood, making “pitch meetings” for movies and television. A “Pitch Meeting” is where you “pitch” your idea for a show with the executives of the companies. (“Pitching” is what you call throwing the ball in baseball. I guess it’s an American phrase, yes?) Well, anyway, we’d go in dressed in our costumes with a boom box and break into song! It was really fun!

What are some of the most memorable gigs and jams you've had?
I jammed with Ginger Baker and John Entwistle at The Viper Room in Hollywood once. I think it was 1990 or 1991. I wore a really cute black straw hat and vintage black dress! 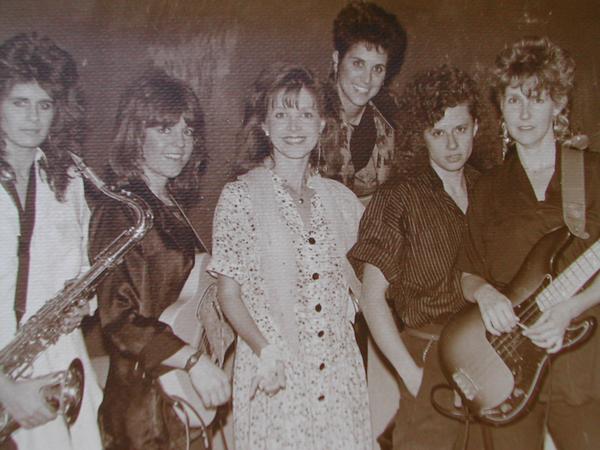 What advice would you give to aspiring musicians thinking of pursuing a career in the craft?
Be true to yourself. Be honest.

What is your “secret” music DREAM? What turns you on? Happiness is……
My Not-So-Secret musical dream is to actually make a living playing music! That would really make me happy! Not everybody gets there, but I still have my dream! 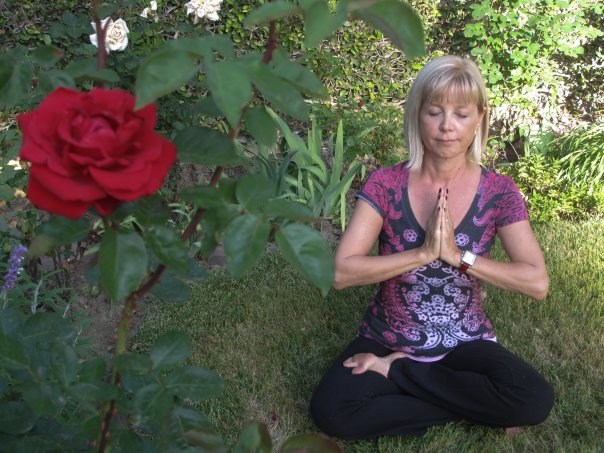