"A musician or songwriter, or any artist, is a person first. You live your life as conscious as you can so you learn and take that with you in anything you do. and of course it comes through in art."

Ad Vanderveen has earned a reputation as one of the finest singer/songwriters in the new folk and roots genre. Although born a Dutchman (Hilversum, 1956), half his family are Canadian and it’s this part of the world his musical roots can be traced to.

Since the days before it was called Americana Ad has been exploring his songwriting muse through a mixture of rock ‘n’ roll, folk and country, working in many bands before finding his own voice as a solo artist in the early 90s. 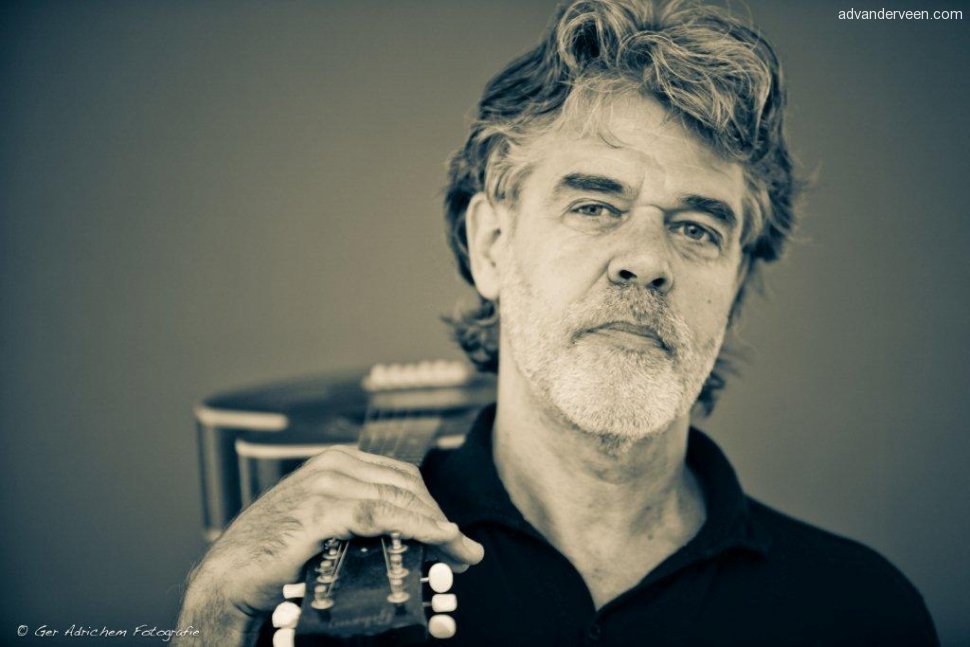 His music covers a wide range of styles, from intimate acoustic songs as a solo performer, with singer and companion Kersten de Ligny, to expressive and extensive electric improvisation with his garage band The O’Neils, as well as everything inbetween.

Over the years Ad has built up an impressive catalog of 16 solo CDs and numerous side projects, working with many great musicians all over the world such as: Al Kooper, Al Perkins, Leland Sklar, Herman Brood, Flaco Jimenez, Iain Matthews, Eliza Gilkyson, Eric Andersen, David Olney, to drop a few names.

Ad Vanderveen ‘s live and record performances have garnered him high praise from critics as well as from a long list of renowned colleagues. His excellent reputation as a singer/songwriter and performer is spreading, both in the old world and the new.

To ground myself, not specifically blues, but playing music; to relate to the world.

Americana is just a word made up to mark and market a musical format of roots music.

How do you describe Ad Vanderveen sound and progress, what characterize your music philosophy? 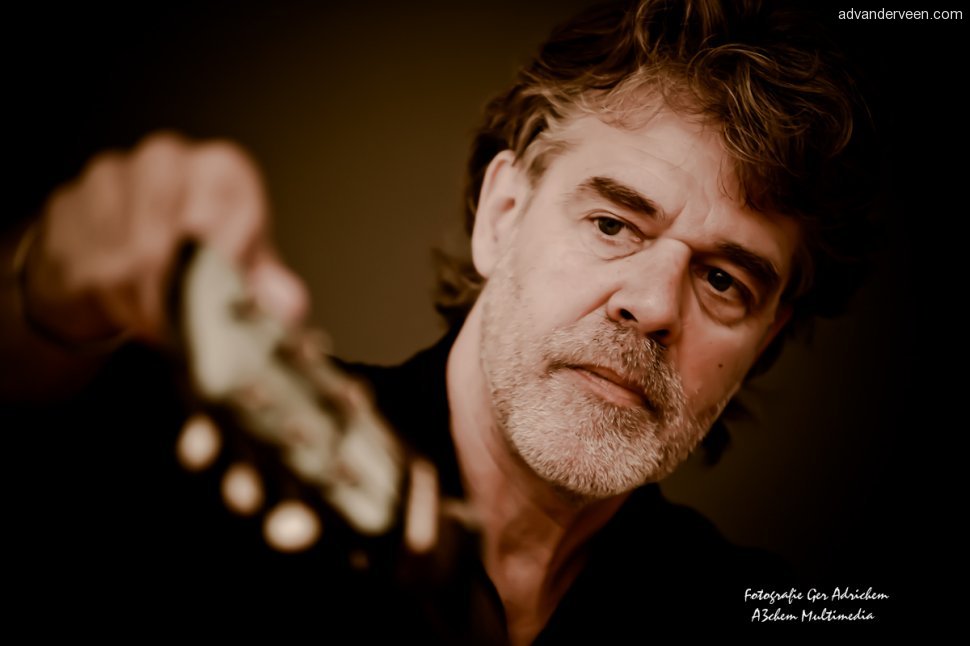 There’s probably more than one answer to that but what comes to mind is a solo gig in a small club in Amsterdam, with one person in the audience walking out after the first song. One of many times of doubt and desperation.

One of the best must have been a guest spot in a sold out Flaco Jimenez show in Paradiso / Amsterdam. The audience still roaring as i got into the car and drove home, I felt like Elvis.

What is the “feel” you miss nowadays from the Roomservice, which memory from your first bands makes you smile?

I always try to stay with the dream I had as a kid, I don’t miss it in myself but I do from others that seem to surrender it to other purposes. I smile at the memory of trying to hitch hike my way out of our first public performance after soundcheck.

Each one is in its own way. There’s no distinction to me, each is needed equally. 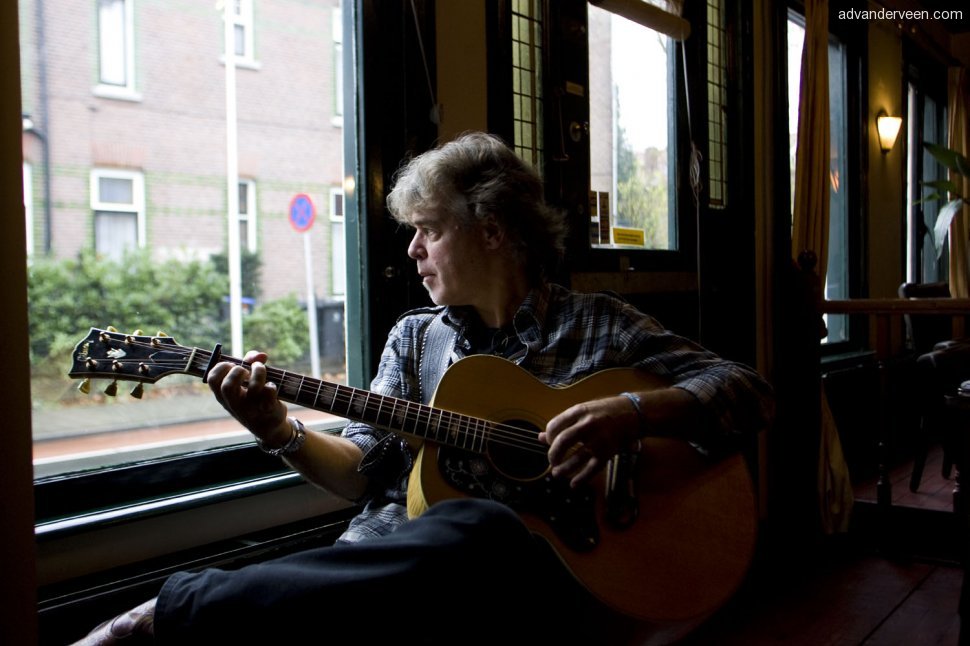 The monopoly of and dependence upon record company clowns and A&R people is gone. It’s easier to express your music and put it out there. There are pros and cons to that but I like the freedom of it.

Stick to the dream that got you going, it depends on how strong that is.

Endurance. A musician or songwriter, or any artist, is a person first. You live your life as conscious as you can so you learn and take that with you in anything you do. and of course it comes through in art.

It comes from a deep place within. I learned a lot from everyone I listened to, mostly records.

I also learned to use the most simple song structures as a shortcut to communicate and play with others.

Because their simplicity can speak so directly and life is always complicated. 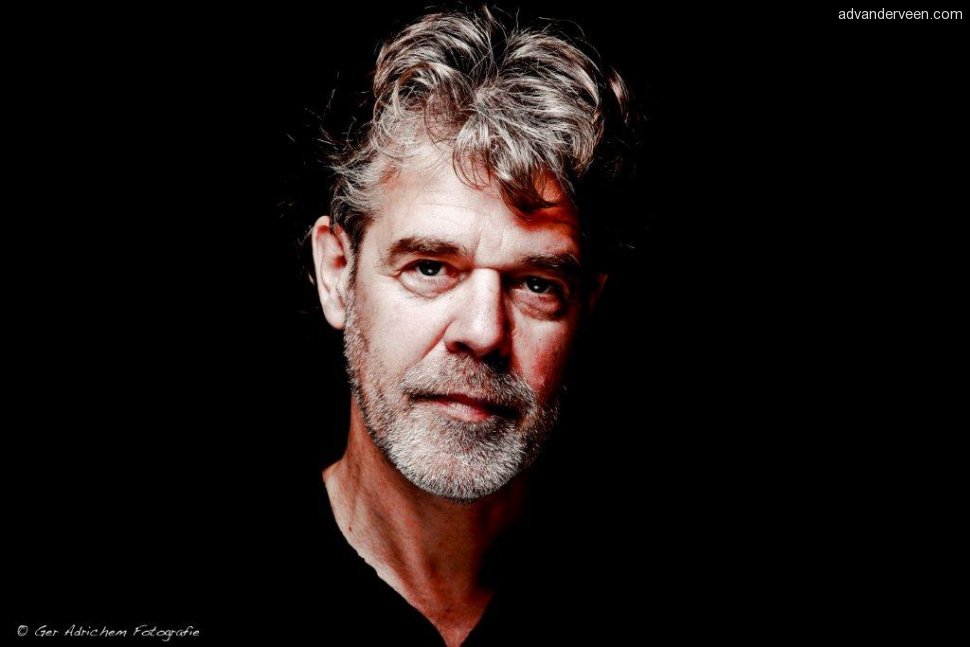 Lyrics/poetry and music, can these two arts confront the “prison” of the spirit and mind?

There is no such thing as a prison of the spirit, only of the mind. And yes they can like no other.

They can interact and feed off of one another and make interesting changes and food for thought.

Are there any memories from Al Kooper, Herman Brood, and Flaco Jimenez, which you’d like to share with us?

Al Kooper was great to work with; we had an intense improvisation and interaction in the studio in Nashville that turned out to be a highlight on the record “continuing stories”. Herman Brood was in a hazy period in my life, a bit like they say; if you remember it proves you weren’t there. I was his brother for press and publicity reasons…Flaco: Al K. used to call him “Flako”. I worked with his brother Santiago on one of my records too.

I liked this one; live at the Blue Rose Christmas Party at the Blues Garage in Hannover-Isernhagen, Germany on December 15, 2007 with me, Rich Hopkins, Joseph Parsons, Chris Cacavas, Ken Andree and Winston Watson.

And playing in front of 40.000 at a festival was incredible energy. But some house concerts got pretty magical in their own way too. 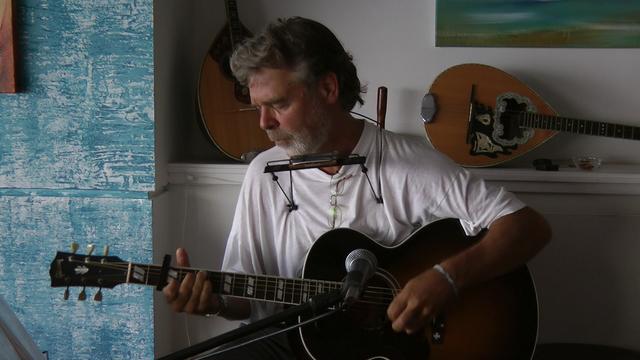 It’s whatever you tune into. For those who don’t it’s not there. It’s a wavelength and it’s there forever. I’m not a blues player per se, I’d like it to be seen as a wider thing, like Hank Williams said country & western is the white man’s blues.

In general I feel in close personal contact. I sometimes forget the people are the most important thing when I’m struggling to get my performance right... a great compliment is when people buy records.

I read, go for walks, and spend time with my loved ones. My musical dream is to express all I hear and feel in my head and share it.

What would you ask Neil Young? How you would spend a day with Townes Van Zandt?

I’d ask Neil many things; to jam together, produce my record, to be a fly on the wall at his recording sessions.

I almost did get to spend a day with Townes and had to cancel it. I was scheduled to play with him on a Dutch radio show in the 90s when a band show got priority. One of the regrets of my life.