An Interview with French Canadian Jonathan Gaudet: Blues music can be of great comfort in troubled times

"I think that this combination of individuality and straightforwardness, simplicity and complexity, really brings the Blues together. It has an appeal that will last forever because it calls to basic human emotions."

Jonathan Gaudet owes as much to blues legend Robert Johnson than he does to slide genius Bob Brozman and ukulele poet Thomas Fersen. His music is at the crossroad of crispy French and Spanish folksongs and high adrenaline Delta blues. All of it delivered with the unmistakable flavour of his all-steel resonator guitar. 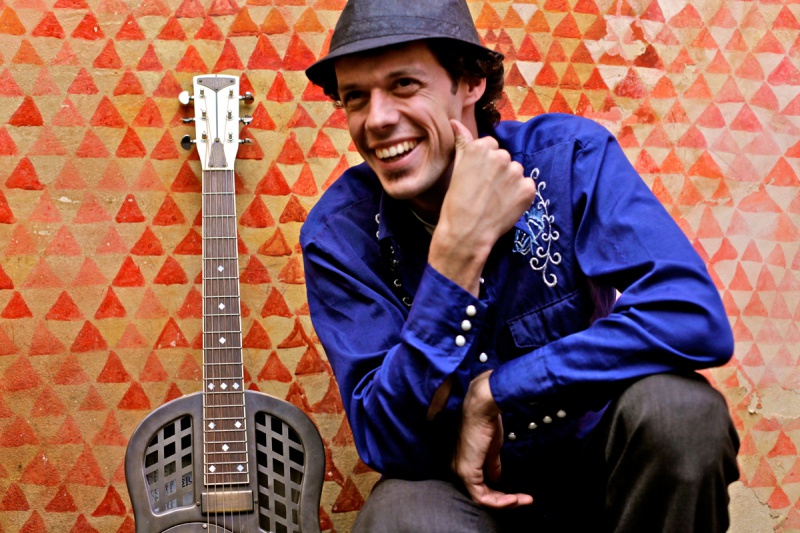 Guitarist/singer & songwriter Jonathan, born in 1977 - the year Elvis died - in a French Canadian family, Jonathan Gaudet traveled the world tirelessly. His story spans over twenty countries, from Quebec City to Buenos Aires, through the bayous of Louisiana to the streets of Prague, where he now lives. With more than 250 concerts in the last few years and three albums behind him, Jonathan Gaudet gives an energetic performance every time, growling the blues like there is no tomorrow. His albums Down the Bayou Blues (2007), Dans ma Cuisine (2009) and Carnaval (2010) are testimonials of his dedication to exploring new musical horizons.

Playing solo, duo, trio or with a quartet, Jonathan Gaudet always have new musical projects on the way. After a successful Tribute to Robert Johnson – King of the Delta Blues and two years of concerts with his band The Jonathan Gaudet Hot Four, he now goes back to the more intimate setting of smaller ensemble, without losing any of his drive.

Jonathan, when was your first desire to become involved in the blues & who were your first idols?

When I was in college in Canada, a friend of mine bought a Mississippi John Hurt and Woody Guthrie record. We spent hours listening to it, trying to copy their playing. That was my first contact with the Country Blues. Shortly afterward, I got a Muddy Waters record and that was it! I was hooked. Listening to Howling Wolf, Little Walters and the Chicago guys lead me to discover older players such as Charlie Patton, Son House and Robert Johnson. Even now, I don’t think a week goes by without me playing one of their records. Discovering those musicians was very intense. 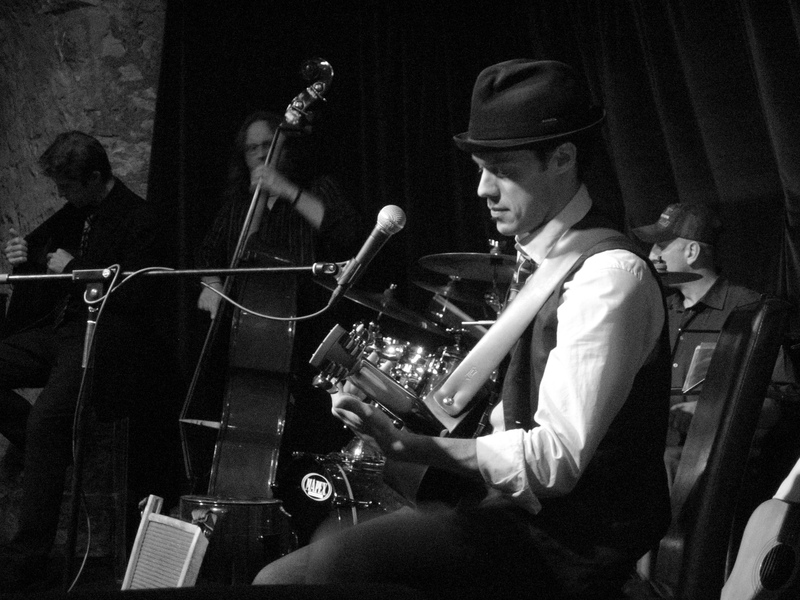 I write songs in three different languages: English, French and Spanish, and my musical influences are really diverse. First on the list is Robert Johnson. Like so many other players, I was fascinated by his imagery and playing techniques. There is nobody like him. Second is Bob Brozman who completely redefined slide guitar playing. He just pushed the boundaries of what is possible to play on the guitar. Then come French Thomas Fersen and Argentinian Leon Gieco who also are great influences. Whatever the language it’s in, I believe that in the end, it all mixes up in the Blues.

Which of historical blues personalities would you like to meet? What is your “secret” music DREAM?

I always wandered what it would be like to meet Robert Johnson, and to see him play live. There are so many tales and legends surrounding him that it’s hard to tell which are true and which are made up. Seeing him perform live would definitely answer a few questions. 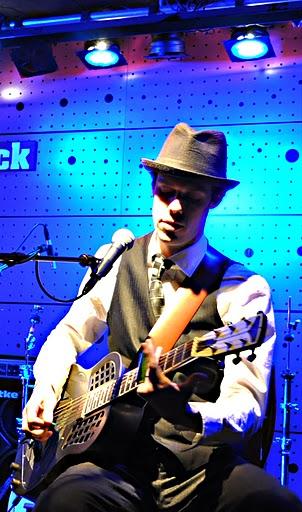 I lived in Louisiana for two years, before and after hurricane Katrina hit the Gulf of Mexico, and while New Orleans was getting up on its feet, musicians were doing their part to help revitalize the city. I heard fantastic Blues players back then. People like Snooks Eaglin, Kermit Ruffins, Andy J. Forest, Washboard Chaz and Roberto Luti really helped me figure out my sound. They helped me understand what the Blues was about. Snooks Eaglin in particular was influential. The man was holding the keys to many secrets. He is dearly missed.

Good question! And a hard one to answer. I think it might have to do with the simplicity of the music. I mean, you can learn a blues tune in ten minutes and jam on a song that you never heard before. The structure of a twelve bars blues is really easy to understand. But at the same time, its simplicity leaves a lot of space for the always extremely complex personal expression. I think that this combination of individuality and straightforwardness, simplicity and complexity, really brings the Blues together. It has an appeal that will last forever because it calls to basic human emotions.

Where did you pick up your guitar style? What characterizes the sound of Jonathan Gaudet?

My playing has to do with three things. First, the tremendous influence traditional Blues players had on me as a teenager. I remember spending hours trying to copy Robert Johnson, or learning Charlie Patton’s music, or emulating Son House’s banging on his National Duolian. There is still a lot of this in my music. Second are the instruments I use, mainly my Amistar Tricone Resonator, that helps shape my sound into what it is. I love the combination of slide and the resonator. As soon as you hear it, you know exactly where you are. Finally, the musicians I performed with deeply influenced the way I would play. I was lucky to play with great musicians, here in Prague, and they definitely raised my level. 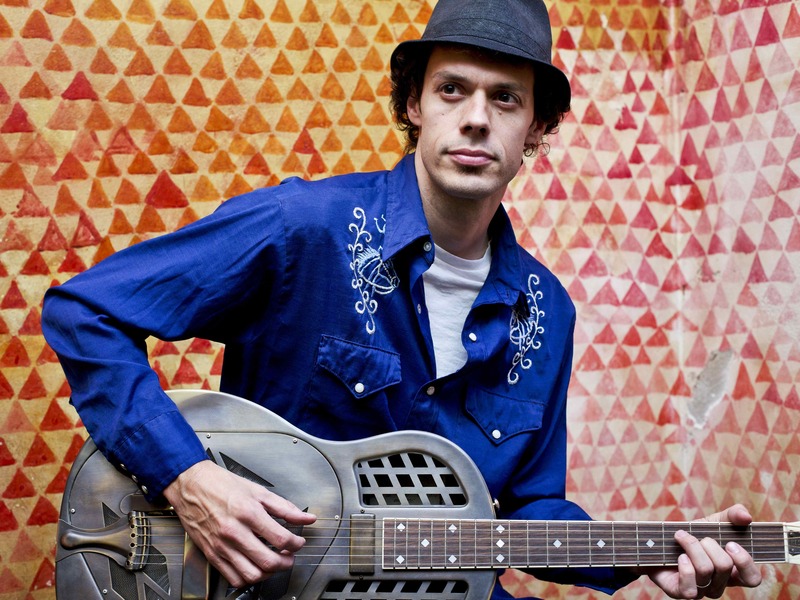 What characterizes the sound of tricone resophonic guitar? What are the secrets of all-steel resonator guitar?

This is such a fantastic instrument! First of all, it has a huge dynamic range, it goes from the quietest whisper to the heaviest bang. It can get really loud, more that any wooden guitar. That’s why it was created in the first place. Before amplification, musicians were looking for a guitar that could cut through the noise of a crowd. When John Dopyera invented the tricone in 1928, it was a revolution in sound. Three metal cones resonating (instead of a wooden panel on a normal guitar), that was the secret. It’s loud, it’s dynamic, it’s perfect for slide… Like I said, it’s a great instrument. And I’m lucky to have a good maker here in Czech Republic, the Amistar Resophonic Guitars. 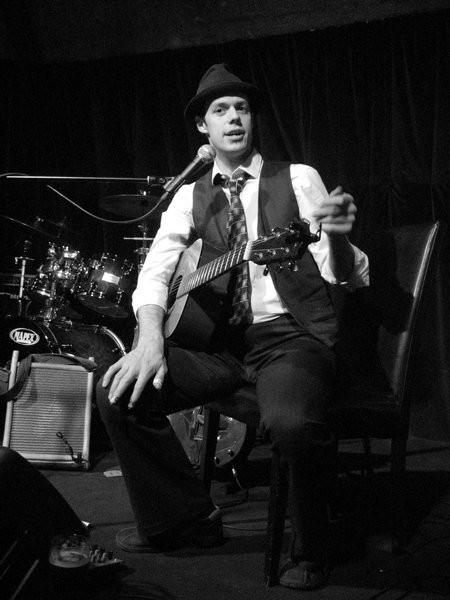 Just an anecdote. Early in the days when I was started playing music, I remember going with two friends to an open mic night at a local pub. The organizer of the event told us that we could play only three songs, no more, which we did. But you know how it is, after you play a few songs, you just get warmed up, and you really want to keep playing… Well, there was a little room at the back of the pub, and we crawled in there with our instruments and continued playing for a while. It didn’t take long for people to join in and before we knew it, there were more people in the little room than in the rest of the pub. We played ‘till the wee hours. That was a great night!

What is your opinion about blues.gr? Do you have a message for the Greek fans?

I found the Blues.gr through an interview that you did with Rene Trossman, a Chicago blues musician based in Prague, and I was really impressed with the work that you do. The site looks and feels great. It gave me the impression that the Blues scene was very much alive in Greece. Like everybody else on the planet, I heard of the recent political and economical problems that your country had to go through. It made me think of the time when Blues music was at the peak of its popularity: the great American depression. Blues music can be of great comfort in troubled times. I would very much like to play in Greece one day.

You have traveled all around the world. What are your conclusions?

I lived in Canada, France, Argentina, the United States and Czech Republic, but wherever I would go the Blues was always there. Along with Jazz, it’s a kind of music that is truly international. It’s not a strictly American phenomenon anymore. There are Jazz and Blues clubs and festivals all over the planet, from Italy to New Delhi, and some of the best players in the world are not Afro-American anymore. Think of Eric Clapton, for example. I like this idea of people connecting with one another through music, like it’s a new language. And I believe that Blues can do just that: help us understand each other. 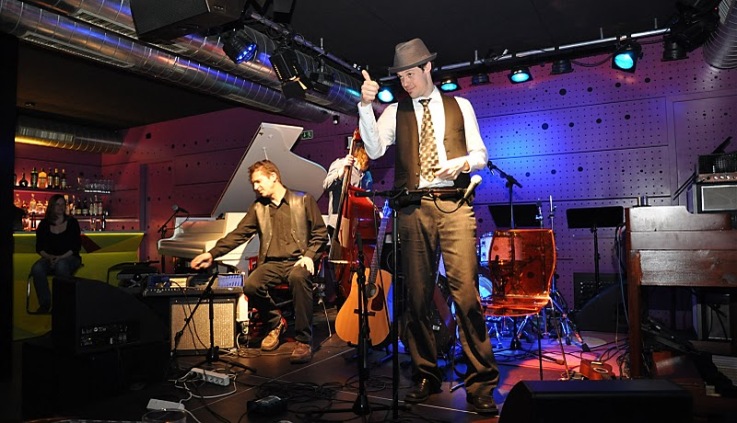