"Music is food for my spirit, it is the way I connect with what is beyond me."

Born in Winnipeg and raised in North Bay, the fluently bilingual artist has made her home in Toronto for many years, and proudly identifies as Parkdalian - Parkdale may be less than glamourous but it’s the “artistic” heart of the city . As a singer, pianist and accordion player - and on-stage storyteller - she has become a well-established part of the city’s busy independent roots music community. She’s succeeded in making a major contribution to the scene in Canada, and she remains equally determined to take her music to the UK and Europe, and initial forays proved that audiences respond enthusiastically to her voice, her songs and her stories. She’s already performed in Ireland, has tackled touring in the US, and she plays across Canada on a regular basis.  She appeared as part of the 25th anniversary Women’s Blues Revue at Massey Hall.

"Broad" is Levasseur’s third full-length album, and it’s a remarkable collection of new songs (with three covers, from Randy Newman, Neil Young and a fellow independent artist, Mike Evin) that are sometimes playful, sometimes vulnerable, occasionally in your face - and always sincere and deeply felt. The new recording is certainly blues based, while at the same time honouring the songwriting tradition she cut her teeth on in the folk world.  She burst onto the scene in 2006 with her first recording, Not a Straight Line, and it was an unabashed singer-songwriter folk record.
Two years later, Treasa Levasseur released the Juno Award-nominated Low Fidelity, a tougher, harder CD which was powerfully influenced by trips to Memphis, Tennessee, where she spent time with many of the musicians who had created the Stax sound. The record earned critical acclaim in Canada and abroad.
On one of her most recent visits to Memphis, she recorded tracks with the cream of the city’s studio musicians at Willie Mitchell’s Royal Studios which - in her typically contrary fashion - she released earlier this year as a 45 rpm vinyl single called The Memphis Sessions.
Levasseur remains one of the most versatile of artists, drawing from a deep pool of influences, from Brill Building pop to Muscle Shoals soul, and all points between - and she’s been compared to Laura Nyro, Bonnie Raitt, Carole King and Marcia Ball.   Above all, she simply wants to play, and in addition to gigs with her own regular musicians, she cheerfully makes the time to play with at least three other bands on a regular basis.
With an unmistakable voice, a sassy attitude, and smarts to spare, Treasa Levasseur is a broad to be reckoned with.  She’s no shrinking violet – she’s a garden in full bloom – colourful, varied, beautiful, full of life, and above all, one of a kind.

Treasa, when was your first desire to become involved in the music & who were your first idols?
I loved music from the time I was a little baby, and learned to sing in church.  My idol was my mom, who was a beautiful singer.  She loved Nana Mouskouri, so I grew up listening to a lot of Nana, and a lot of hymns, as well as some Abba. What was the first gig you ever went to & what were the first songs you learned?
My first paying gigs as a singer were in musical theatre, singing songs from shows like ‘Annie’ and ‘the wizard of Oz’.  After that I sang a lot of jazz songs.

What made you fall in love with the blues music?
The power and soul, and the way the music seems to just make sense.

Which was the best moment of your career and which was the worst?
Best moment was playing in front of my mom for the first time at Massey Hall, a very famous concert hall in Toronto. Worst was the time I played for national radio, and forgot to plug in my guitar properly – now I only play piano! Do you think that your music comes from the heart, the brain or the soul?
All three, without a doubt.

What does the BLUES mean to you & what does MUSIC offered you?
Blues is a word, like rock and roll, or jazz – an idea to play with.  Music is food for my spirit, it is the way I connect with what is beyond me.

What do you learn about yourself from music?
That life is always most enjoyable when you are living in the present, just the same as music.

How do you describe your sound and your philosophy about the music?
I hope that I can be sincere, soulful, and uplifting.

What experiences in your life make you a GOOD musician?
Listening, having an open mind.

Do you remember anything funny or interesting from the recording hours?
The more I let go, the more fun I had.

Would you mind telling me your most vivid memory from Memphis, TN?
Listening to Isaac Hayes and Steve Cropper talk about the day Martin Luther King was shot, in a room at Stax museum for their 50th anniversary press conference – It was total luck that I happened to be there on that day, and get to meet all those amazing soul icons.

Which of historical blues personalities would you like to meet?
Etta James  who just died.  Hoping still to meet Mavis Staples.

How do you describe your contact to people when you are on stage?
Look them in the eye and mean what I say.  Just mean it. From whom have you have learned the most secrets about blues music?
I’m still learning!

Who are your favorite blues artists, both old and new? What was the last record you bought?
JJ Grey and Mofro are my favorite new artist.

Some music styles can be fads but the blues is always with us.  Why do think that is? Give one wish for the BLUES
That it will continue to remain relevant, fresh and alive, that it will change and grow but stay rooted. 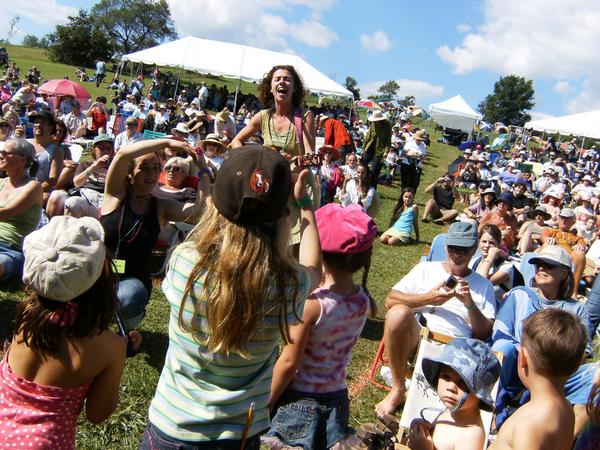 What’s the best jam you ever played in?
That’s like asking a mother her favorite child!  Impossible to answer.

How you would spend a day in Muscle Shoals studios?
Laughing and singing!!!!!!  And pinching  myself to make sure I wasn’t dreaming!

Which of the people you have worked with do you consider the best friend?
David Baxter and James Paul – would never make a record without them.

What are your plans for the future & do you have a message for the Greek fans?
Hope I come to visit you soon! My mom and I visited Greece in 2004 and it was so beautiful.  I hope to return.

What would you had given to Aretha Franklin?
A big hug, and some chocolate.

What would you ask Carole king?
If I could move into her house for a couple of months! 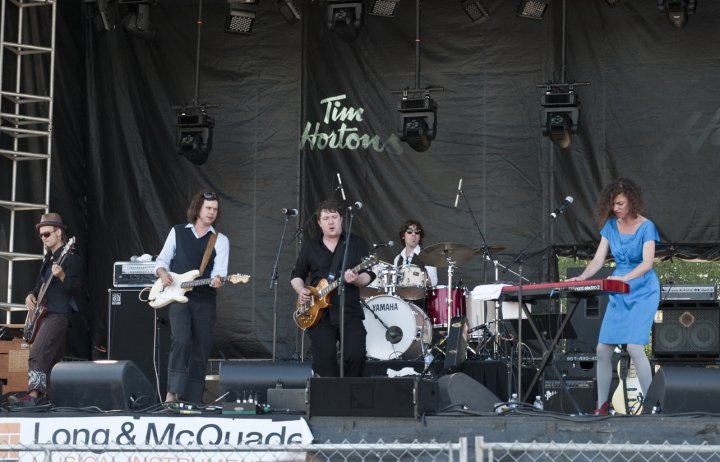