An Interview with funk/soul New Yorker Milo Z: Soul music speaks to the heart so people will always feel it.

Milo Z is a high energy, super tight, original funky soul group straight out of New York City. The band is refined in all aspects. Their array of catchy songs, top-notch musicianship, flashy outfits, dance steps, and stage presence has been noticed both here and abroad gaining them cult followings throughout the East Coast and parts of Europe. Milo Z has toured the world and his dancin’ shoes have spun on many a stage. Milo Z has shared bills with the Neville Brothers, Al Greene, Chuck Brown, Maceo Parker, Massive Attack, The Average White Band, Spin Doctors, and Robert Randolph, just to name a few. His worldwide appeal was recently recognized by the world’s largest music awards – the JPF Music Awards, where he was nominated for Best Funk Album of the Year and was honored as having one of the Best Funk Songs of the Year. Milo was born and raised in the lower east side of Manhattan. At an early age he was exposed to the diverse cultural experiences that New York City has to offer giving Milo his own unique style, spirit, and attitude that has made him a top-notch frontman. Like James Brown he orchestrates his band into tight polished grooves, he choreographs dance steps, has signals to cue different rhythmic patterns, changes, and horn hits. Like Mick Jagger and Steven Tyler, Milo dances and struts, conveying his attitude, sexuality and sensuality to his audience. His connection with the audience is what is so impressive. Milo makes the audience part of the show: ...Make them dance, make them sweat, leave them longing for more... is the band's motto.

When was your first desire to become involved in the music & what does the music, offered you?
I actually started with the drums. It kind of kept me out of trouble as I was kind of a crazy kid. Music offered me a direction and something to focus on instead of getting in trouble. 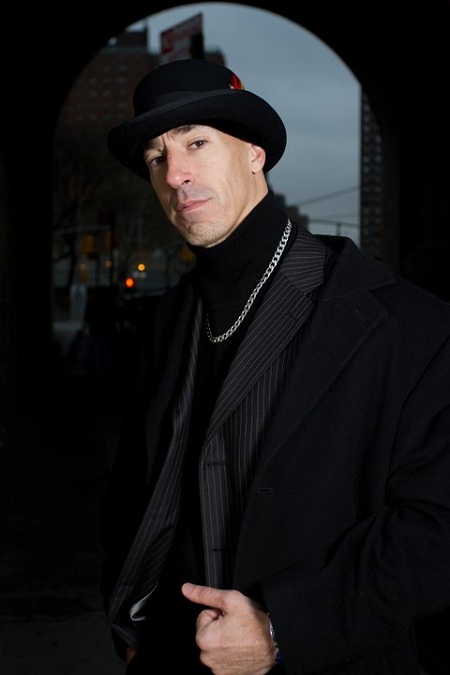 What do you learn about yourself from the music, what does the soul/funk mean to you?
I guess through music I learned how to express myself in a positive way. Soul and funk music is what I feel the most when it comes to music.

Which was the best moment of your career and which was the worst?
It’s hard to say which is the best moment. I’v had some exciting things happen like signing to a major label or opening for an artist that I love like Al Greene, but I’v also had disappointing things happen like being dropped from a label or having to perform a show right after someone dear to me has passed on, and still try to give a good show.

Is there any similarity between the funk today and the old days? What is the “think” you miss from the “OLD SCHOOL”?
I guess what I miss from the funk and soul music of yesterday is the really warm sounds and feeling it had. The music back in the day was played on real instruments by human beings not computers and machines.

When did you first realize you were a performer, that what you did onstage was affecting people?
I had been playing drums in the R&B band and I had written this rap song called Buddy Bug. The bass player of the band would jump on the drums and the 2nd guitar player would jump on the bass. So I would come out front and rap the song. The people seemed to like it and I guess that’s when I got a taste for the spotlight. I think there is a video on youtube of me rapping the song from like 1985 when I was in my teens and had long hair, it’s pretty funny.

Any of soul funk standards have any real personal feelings for you & what are some of your favorite?
My favorite album of all times is Marvin Gaye’s What’s going on. I don’t think there’s been a better record that can top it! 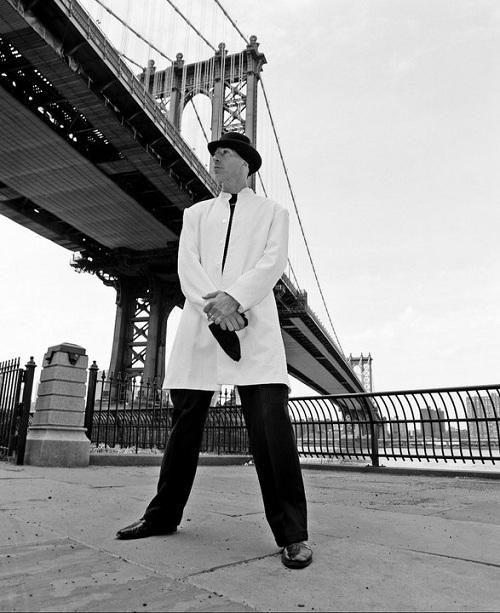 How did you first meet Maceo Parker, what kind of a guy is Maceo?
I’V done some shows opening up for Maceo but can’t really say much more than that. I don’t think we ever had a conversation. I’m sure he’s cool but I don’t know him personally.

Which is the most interesting period in your life and why?
My childhood was pretty interesting because I grew up in NYC’s Lower East Side during a pretty funky time in the 70’s. It was area they called the melting pot because of all the cultural diversity. It also was a bit dangerous because of the drugs (heroin) and crime.  If you’ve ever seen the movie Taxi Driver with Robert Diniro that’s the NYC I’m talking about. Right now is also a pretty interesting time for me as last year I became a father and I have found a whole new world1 I'v also found a whole new meaning to what love is!

Tell me a few things about your meet with Neville Brothers, how do you characterize the bros?
The Neville Brothers are cool as hell. I did get to hang with them a bit and they are just some down to earth people. No star shit or egos, just nice folk who make you feel welcome.

Are there any memories from Neville Brothers, which you’d like to share with us?
Well I remember one time we opened up for them in Central park and the guy who was doing sound for us was getting a lot of feedback and I guess he wasn’t that good so the Neville Bros soundman came and helped fix the sound for us. I mean that’s pretty cool for the headliner to to care about how the opening act sounds. Most headliners have it in there contract that the openers get half the volume as the main act so they don’t sound as good or as big. Ather thing the Neville Bros did was invite us into there tent to eat there catered food before the shows instead of the sandwiches or whatever was prepared for us, maybe pizza? Really cool cats! 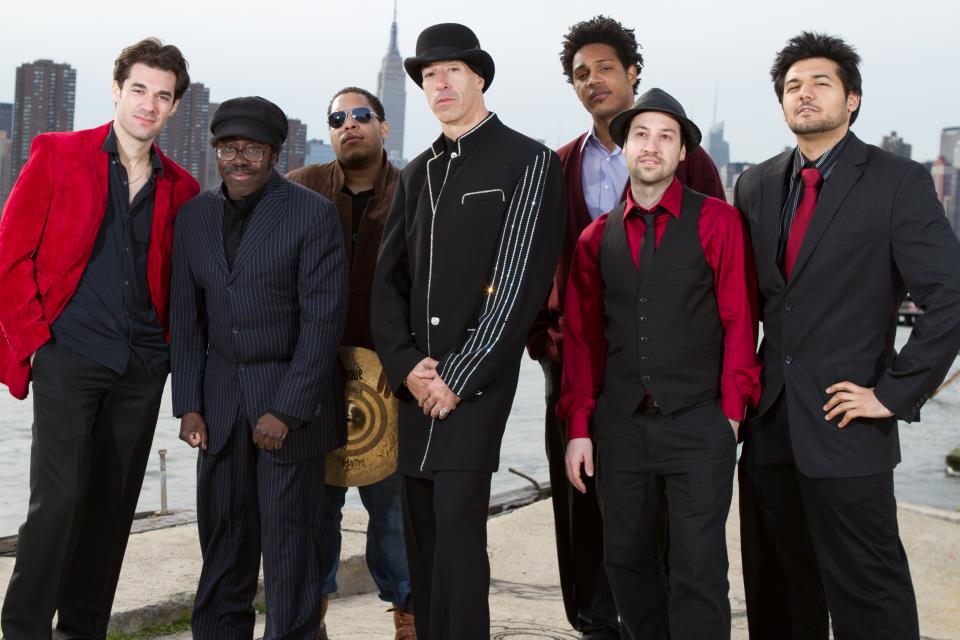 From whom have you have learned the most secrets about the music?
I learned a whole lot from mentor and brother by a different mother MR Moe Holmes! He was really instrumental in learning about music as well as life. He sang on all of my records except my last one Throwback. He performed with me at the Lykabettus Theatre in 2006 and after that he came to Greece with his own band to perform. Unfortunately he passed away not to long after that. I miss him dearly.

Some music styles can be fads but the soul funk is always with us.  Why do think that is?
Soul music speaks to the heart so people will always feel it.

Is there any similarity between the soul/funk and the blues/rhythm & blues?
Sure, soul funk came out of rhythm & blues and the church. It’s all connected. 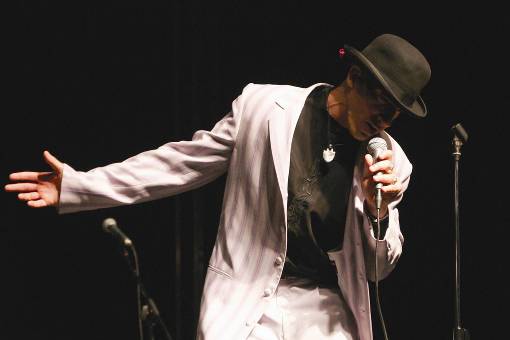 What advice would you give to aspiring musicians thinking of pursuing a career in the craft?
Do your own thing/do what you feel.

Are there any memories from “THE ROAD WITH THE FUNK”, which you’d like to share with us?
There to many.

What’s the best jam you ever played in? What are some of the most memorable gigs you've had?
I can’t really say what the best jam was. I once sang with Tom Jones at a blues jam, that was pretty cool.

How you would spend a day with James Brown? What would you ask of Sly Stone?
I met MR Brown back stage at a concert he did in Thessaloniki in 2006 (one of his last). I guess I would just watch him learn and not get in his way! I don’t think I would ask Sly Stone anything. I think he’s answered everything in his music.

Which are the best and the worst things in touring?
The worst thing of touring is the long travel and sometimes lack of sleep. The best is performing.

What is your “secret” music DREAM? What turns you on? Happiness is……
Happiness is doing a great show for a satisfied crowd! 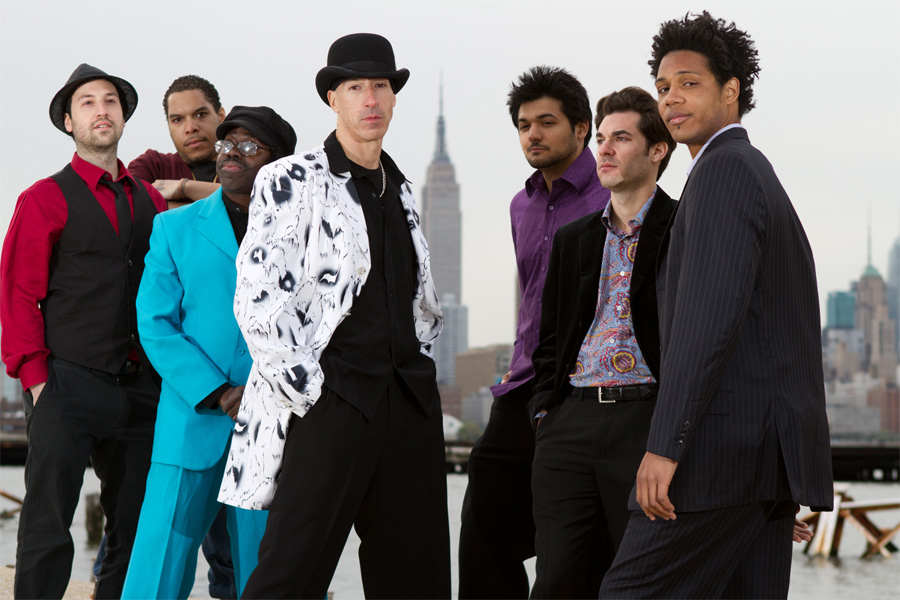