An Interview with German Blues band of Blue Alley: Blues is pure emotions and a platform to turn my inside out.

"...Blues definitely comes from the heart and  therefore I think the blues will always be there as long as we have hearts and feelings."

Blue Alley: Blues elixir of life
... for quite a while the 4  - musically underworked musicians - had been looking around for a competent vocalist. After a few depressing sessions and meetings with various people they came across an add in one of the music-papers of the area. The add they found read like follows:
... one phone-call and one session were enough to make clear to all the involved persons, that Katja was THE vocalist for the band and this was THE band for the vocalist. 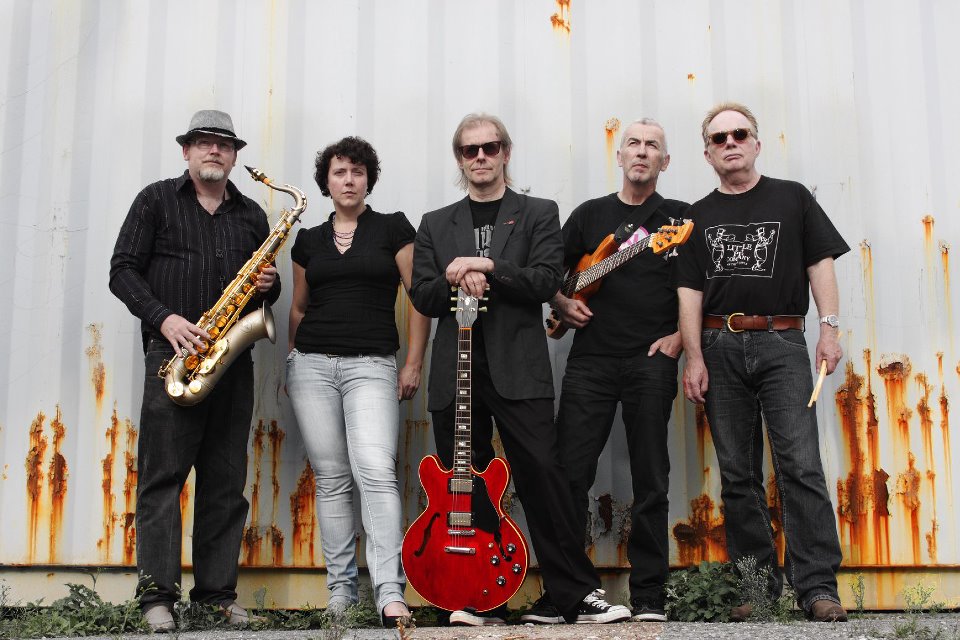 With the same pace the setlist was defined and the within 2 weeks the first 4 songs were recorded for the Promo-CD. The musical base is Rock, Soul and R&B; a mixture that leaves a wide spectrum.
Since then the band has gained international reputation and has become the international tour band of E.G. Kight, a welknown American female blues artist. Blue Alley has toured wide area of Europe and has recently played gigs in Japan.
Blue Alley are: Katja Spier – Vocals, Lorenz Bueker-Haber – Bass, Uli Twelker – Drums, Norbert Fuhrmann – Guitars, and Stefan Braun – Keyboards

When was your first desire to become involved in the music & who were your first idols?
Katja: I started with my musical career by accident. One of the guys I was living with was a bassplayer and he took me to a rehearsal of his band. There the guys asked me: can you sing?
Norbert: That was 45 years ago and of course at that time it was the Rolling Stones with their early records.

What made you fall in love with the blues music?
Katja: Blues always had a special appeal to me. One day I was "so to speak" run over by a of EG Kight CD and I was curious if I could sing her songs. It turn out it just came naturally to me.
Norbert: After a while I heard people like John Mayall, Peter Green and John Lee Hooker. This kind of music appealed to me much more than the polished sound of the Beatles or the Beach Boys etc. Generally said: in the beginning the British Blues Bands influenced me more that the American Band or artists. What characterize the sound of Katja? How do you describe your philosophy about the music?
Katja: Music is the elixir of my life. In music you can find any kind of emotion you can imagine. I don't know how to characterize my sound but it's based on honesty and joy.

What characterizes the sound of Norbert Fuhrmann? How do you describe your philosophy about the music?
Norbert: Very difficult question! The sound comes from my fingers and I just need a guitar a cord and an amp. No effects or electronic gadgets needed. My philosophy about music can best be described by “I play what I feel”.

Tell me about the beginning of Blue Alley. How did you choose the name and where did it start?
Norbert: The previous band we had before Blue Alley had a male singer, who had to quit due to his job. Katja showed up and we instantly started recording songs  together. One day we had friends from the US at my house and they were listening to our songs and said: … sounds like songs from the Blue Alley … and there we had the name. Are there any memories of Blue Alley which you’d like to share with us?
Katja: Like we always say: everyday is a new adventure.
Norbert: There are so many memories, but what were fulfilling moments were the gigs we played in Yokohama for the Japanese tsunami victims. Those were touching moments.

How do you describe your partners and the Blue Alley’ blues?
Katja: The members of Blue Alley are more than partners; we are family; so every song created by Blue Alley has a part of everyone in it.
Norbert: We are like a family in the blues. We share the same goals and enjoy playing together. All the band members have been musicians for ages and do not have to show off and show how cool they are individually. They've seen it all. It's a group effort; everybody throws in what is best for the whole product.

Which was the best moment of your career and which was the worst?
Katja: Let's start with the worst: I will never forget my first concert abroad where I had a total blackout on stage. The best moment isn't easy to describe: it's the magic moment on stage when the music, the band and the audience is in total harmony.
Norbert: Maybe the first “best” moment in my career was the first US tour about 20 years ago … driving on the highway from Athens (Georgia) to Macon for the next gig at Elizabeth Reed's Music Hall and suddenly the radio played my song! The worst probably was when a black guy in the audience was beat up by some rednecks for no reason. Just because he was there. That was in the South of the US in the 90s. 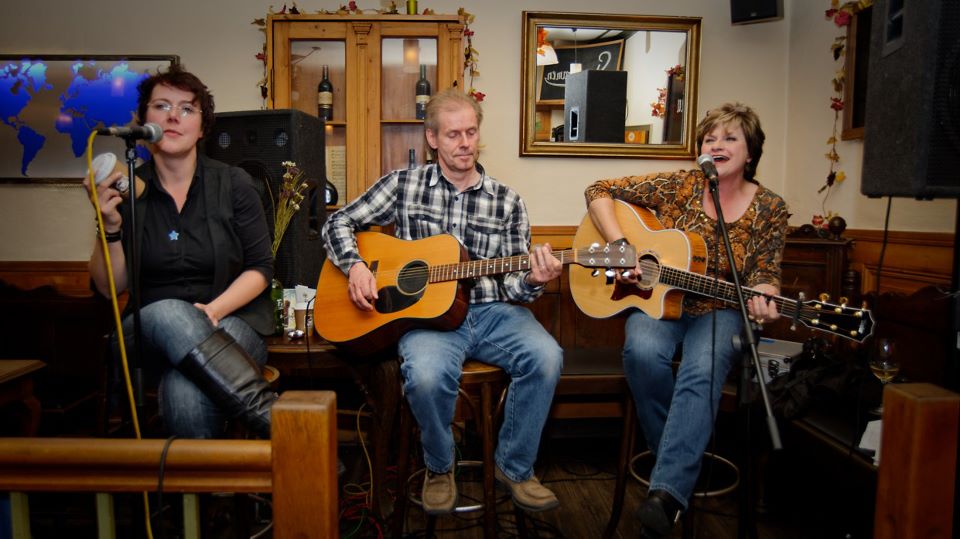 Do you remember anything funny or interesting from EG Kight‘s tour?
Katja: Well, every tour had its own charm and was uniquely adventurous. We had such a lot of fun together along with some special moments.
Norbert: On the first tour with EG she used the German toilet paper (soft, strong and 4 layers). She called her mother in Dublin, GA: “… Mama, do you know what they have over here in Europe: toilet paper you can wash your car with!“ I thought that was funny and it is still a running joke. Everytime I go over to Georgia, I bring her a roll of toilet paper

What does the BLUES mean to you & what does MUSIC offered you?
Katja: Like I said before: Blues is pure emotions and a platform to turn my inside out.
Norbert: Blues means my life! Music has given me so much joy and opened doors to make lots of friends all over the world; it seems to be a universal language

Katja, tell me a few things about your meeting & work with Chris Farlow?
Well, we met at one of his concerts in Germany and after finding out I was a blues-singer he asked me to join him for some songs on stage: we had a ball. Backstage we shared memories we had from Japan. Naturally, he was there a few years before us …
We also talked about his upcoming CD. What are some of the most memorable gigs and jams you've had?
Katja: O.K., the most memorable jam we had on the Blues for Blues festival in Yokohama. A whole bunch of Japanese and international musicians like Sparky GuitarSlinger, Ken O'Keefe, Yoisko Tashibana, Steve Gardener just to name a few,  joined us on stage and we had a blast
Norbert: If we are talking about Blue Alley, it definitely was the Japan gigs. If we are talking about my early “career” it was a festival in Windsor 1975.  One of the big free festivals of that time. We played with Hawkwind and a lot of other then big name bands. With Blue Alley: the Ovvenpaa gigs in Stavanger, Norway.

Which of historical blues personalities would you like to meet?
Katja: Ella Fitzgerald, Eva Cassidy, Louis Armstrong … but … you know, I'm a little late

From who have you learned the most secrets about the blues music?
Katja: From my guitarist Norbert and my blues sister EG Kight, Norbert who pushed me and EG who pulled me
Norbert: Very difficult to say. I just watched others and played what I felt and what I could play. Trying to play songs from Peter Green or licks from Clem Clemson (just to name a few) helped me increase my repertoire. 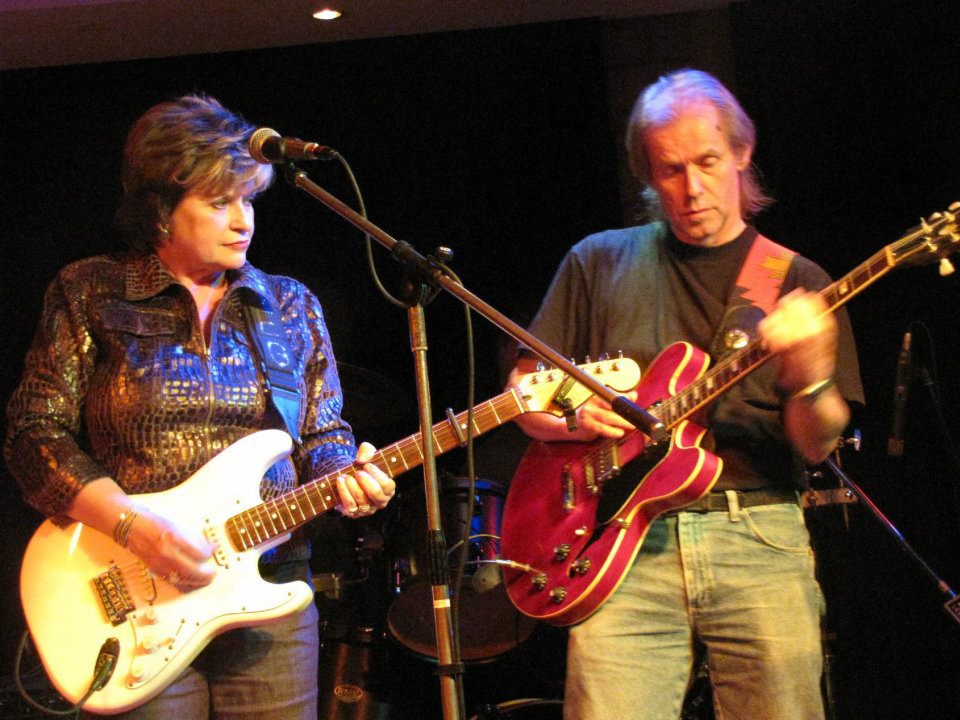 Some music styles can be fads but the blues is always with us.  Why do think that is? Give one wish for the BLUES
Katja: Blues is the foundation for several other styles of music, it almost all boils down to the blues. The wish: hopefully the music business will turn back to the handmade, down to earth music like the Blues.
Norbert: Some musical genres come from the heart, others from the brain and some from the jukebox … Blues definitely comes from the heart and  therefore I think the blues will always be there as long as we have hearts and feelings. Do you listen to bebop when you are sad? … or to electronics when you are happy? These styles mostly come from the brain and need mathematical efforts to understand. Blues comes naturally.

Norbert, how has the music business changed over the years since you first started in music?
Money has become the major aspect of the business, the promoters are not adventurous any more, a lot of the musicians talk more about their equipment than about music. Generally it has become harder, especially for new bands and musicians, to get their feet into the door of the business.

Norbert, what is the “thing” you miss most from the 60s - 70s? Which memory from your first blues steps makes you smile?
The enthusiasm for music of that time. Memory… playing John Lee Hooker's Boom Boom Boom on my first (rented) guitar ...

Katja, any of the blues standards that have any real personal feelings for you & what are some of your favorite?
EG's songs are written from the perspective of a woman, so I can relate to several of them, regarding real blues standards I would name People Get Ready or Georgia on My Mind Katja, how do you describe your contact to people when you are on stage?
Katja: The contact to the audience is very family-like. I try to pay as much as attention to them as I can, and you know what? ...it bounces back. And that's what I like and what I'm working towards

When did it all begin for the blues in Germany? Which is the most interesting period in Germany blues scene and why?
Norbert: In the 70s there were thriving blues scenes in the Frankfurt area and in Hamburg. The musicians around bands like Frumpy, Lindenberg had a huge influence in Germany, but were still a minority compared to the bands and musicians from outside.
Well, for me the most interesting time is always now, because I'm not a retro type of guy. The past was nice or not that nice, but it's gone. I will remember but not stick to it. We have quite a few really good musicians at present: Henrik Freischlader, Ritchie Arndt,  Stoppock … just to name a few

What characterizes the sound of the local blues scene? Who is considered the "godfather" of the blues in Germany?
Norbert: Only lately the German blues scene developed some “individuals” that do not play the x-millionth version of Stormy Monday Blues. I think the blues scene is German is shifting from copies to originals.
I honestly can't say who might be the German Godfather of the Blues. Katja just said that Inga Rumpf may be the Godmother 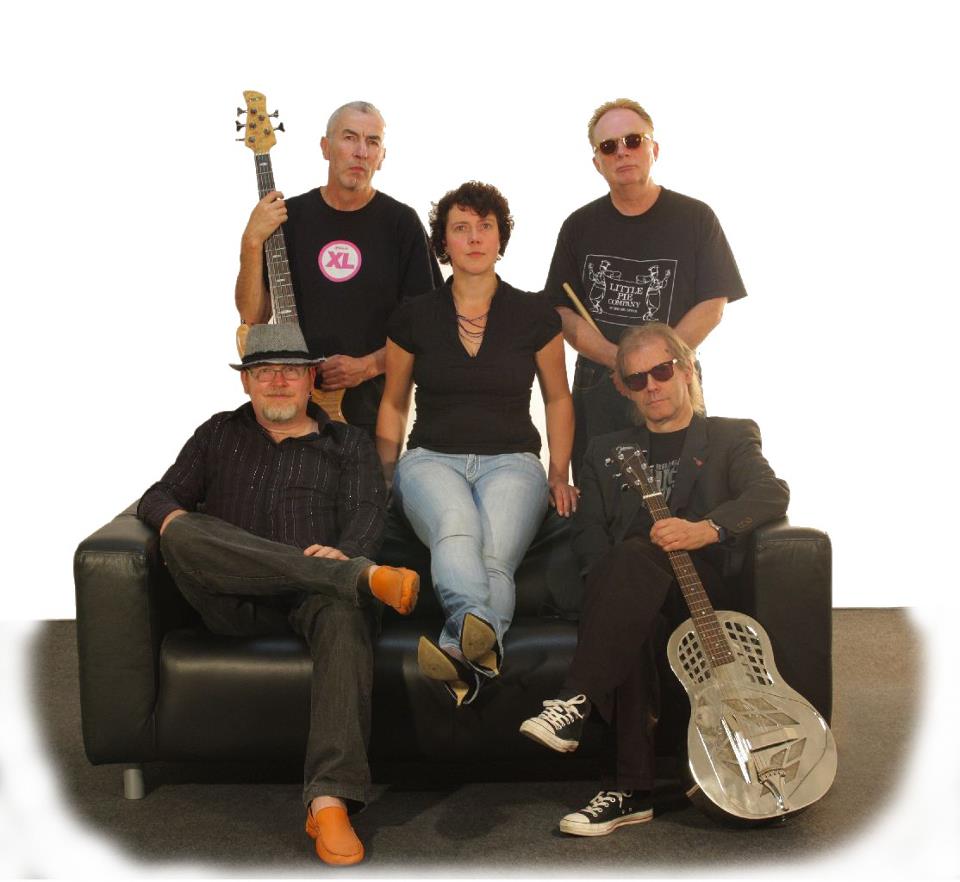