An Interview with guitarist/singer Paxton Norris: My one wish would be for blues guys to quit wearing bowling shirts.

"I've learned that I can express whatever I'm feeling through bending guitar strings. The blues is a great medium for that and I feel it suits me."

Hey Paxton, what's goin on with you?

I'm a fulltime touring musician, artist, guitar player. Based out of Indianapolis, my roots go back to Michigan in the early 90's where I cut my teeth in all of Michigans Blues Clubs and Blue Collar GM factory bars. Influenced by SRV, Albert King, BB. King, Freedie King, Michigan Legends Bob Seger, Larry McCray and Motor City Josh. I record in Detroit MI where you'll hear the Motown sound everpresent in my music. 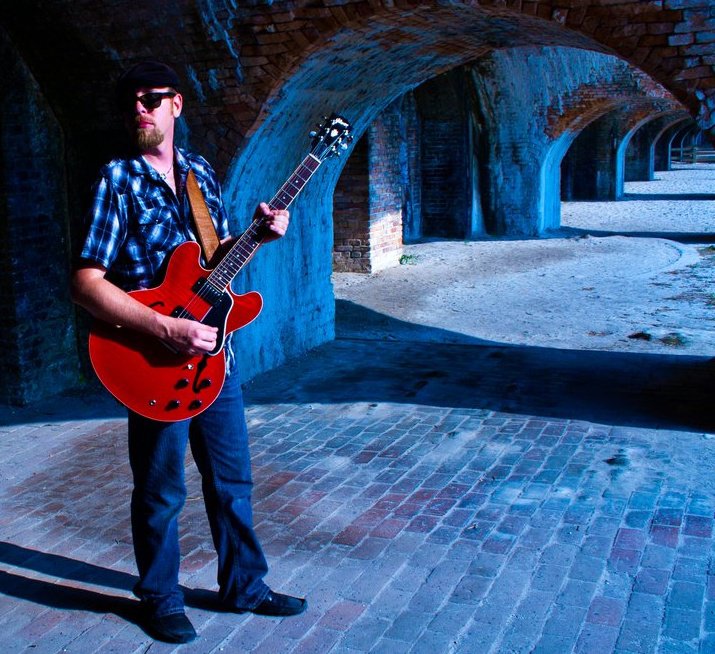 Debut album "Something's Gotta Give" features some heavy hitting blues Detroit style. Co written and produced by Motor City Josh. Powerful vocals with an Albert King meets Wes Montgomery guitar style Paxton proves he has a lot to give to the Blues.

Paxton, when was your first desire to become involved in the blues & who were your first idols?
Seems like the guitar and the Blues all hit me at the same time when I was 12. I saved up enough to buy an issue of Guitar World featuring Jimi Hendrix. I read about Clapton, Hendrix and who their influences were then set out to find all the B.B King, Albert King, and Freddie King records I could get my hands on.

I learned Jimi Hendrix's version of "Hey Joe" and "Red House" playing them at a local open jam. My first gig was at a Masonic Temple for a friends birthday party. I recall playing SO loud.. I thought I WAS Hendrix!! 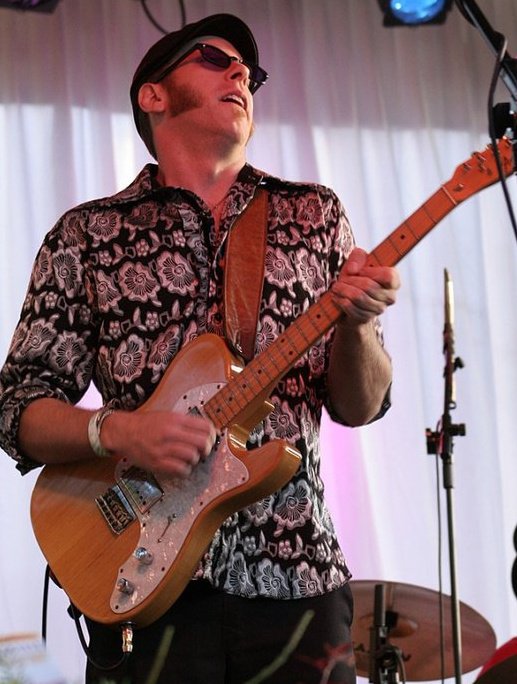 The best moment so far is writing and recording my debut CD "Somethings Gotta' Give" with Detroit's own Motor City Josh. The worst was falling off a table with my guitar trying to entertain the smallest crowd on the planet.

Everywhere is inspiration, I have a friend that says "If it's not the Beatles or Albert Collins it's crap". For the most part I think he's right.

I like all the old standards, B.B King's "The Thrill is Gone" always gives me goose bumps.

The Blues has offered me a creative outlet and a way of life. Writing, touring, and performing. Not always easy but very rewarding.

I've learned that I can express whatever I'm feeling through bending guitar strings. The blues is a great medium for that and I feel it suits me.

Right now is the most interesting time for me. My wife and I have a 6 month old baby, so coming off the road I've had to adjust. I'm working on another cd while I enjoy my time with the baby. The next cd will be more traditional and less Rock oriented. 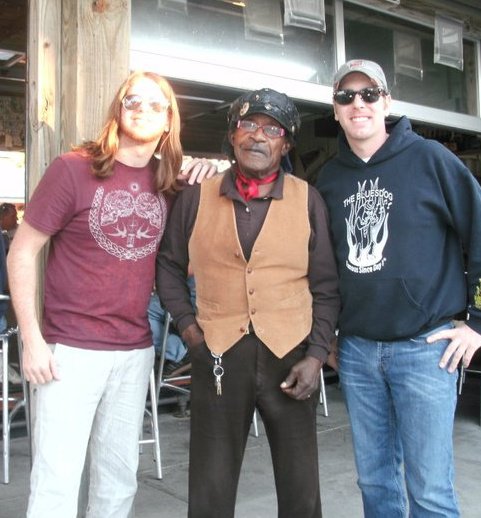 I think playing 1000's of gigs and putting on the road miles should account for something. Paying dues is just part of the game.

Jamming with Chris Cain is the best jam I can think of. There have been many jams in 20years. I've played with Tab Benoit, Larry McCray, Motor City Josh, Chris Cain, Anthony Gomes, Bill Wharton, (country star) John Rich, Rare Earth, Biscuit Miller, Ronnie Brooks, Bernard Allison, Eddie Kirkland, Victor Wainwright. Tyler Mac and I could go on for an another hour. It's been fun.

I did an opening slot for Lonnie Brooks and after my slot I headed to my gig at the Capitol Hill Station, Lansing Michigan. Lonnie Brooks crew came in after their show and asked me to jam and I got my ass handed to me. They were very nice and proceed to show me a thing or two about how Chicago Blues is done.

Are there any experiences from THE ROAD FOR THE BLUES, which you’d like to share with us?

Just staying positive and playing jokes on each other as we roll down the road . There are so many moments of laughing so hard that you have to pull over and settle down. Leaving a band member at a rest area has happened a few times. 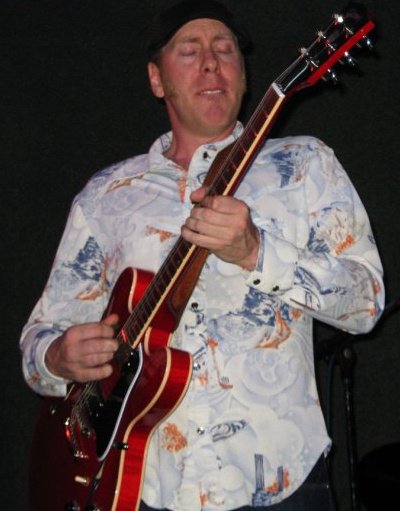 Mainly I learned by trial and error, Motor City Josh and Larry McCray always give good advice when i'm stuck. Eddie Kirkland taught me to be tough and stay the course.

The Blues to me is real life and real life situations and for that I think is the reason that it's always with us.

Hopefully me playing all the major Blues festivals : ) My one wish would be for blues guys to quit wearing bowling shirts.

The song "Something's Gotta' Give" is a good example of my style. I play a bit more jazzy on "Hard Luck Case" and "It's Alright" contains more of my stock style which is a mix between B.B King and Duane Allman.

I plan on doing more touring this year and releasing a follow up cd. To the Greek fans I'd say pick up a copy of my debut cd "Somethings Gotta' Give" and thank you for your support. What characterize the sound and music philosophy of Paxton Norris?

I try to carry on the Michigan Blues sound which is hard edged and funky at the same time.  I like to have a dynamic band that has the ability to hit hard when the time is right.

Describe the ideal sound of rhythm section to you? How do you describe the Motown sound?

A rhythm section should groove, listen and pay attention. I'm a hard ass like Albert King. Motown is it's own funky pocket, it's something that could only come out of Detroit and nowhere else. I draw from this as a writer and am proud of my Michigan heritage. 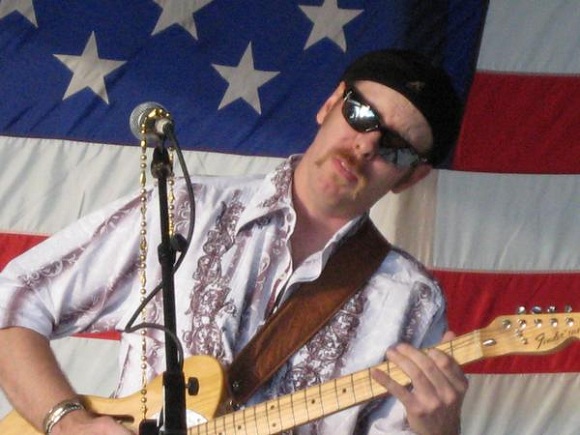 From the musical point of view is there any difference between Michigan Blues & other local scenes?

Michigan has a great scene of highly skilled Bluesmen and women. The main difference is again the musical "pocket" Michigan just seems to produce great musicians.

What would you ask Stevie Ray Vaughan?

I'd ask Stevie if we could have a writing session. Then I'd ask him about his famous 59' Fender Stratocaster.

What advice would you had given to Elvis?

Advice for Elvis……Don't eat all that fried chicken whilst sitting on the toilet.

What would you had given to 4 Kings: Freddie, Albert BB & Earl?

Just the respect they deserve, they unknowingly taught me how to play by making the records I love. To them I say THANK YOU!! 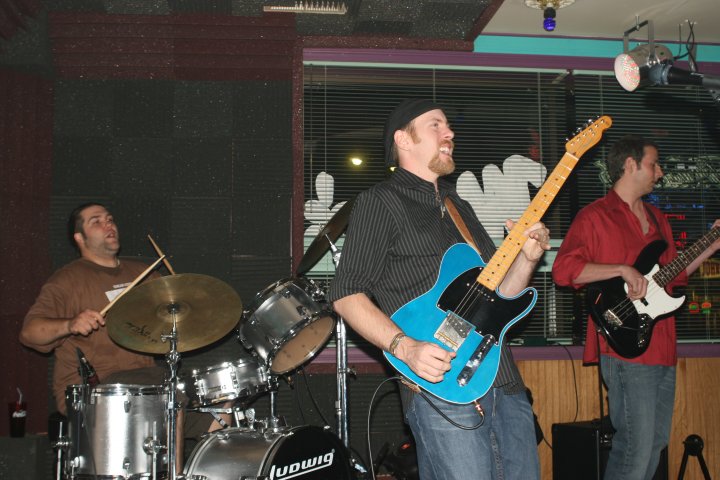