An Interview with guitarist WT Feaster: The Blues to me just means being able to emote through music.

"I’ve learned from blues music is really how to convey my emotions through the music." 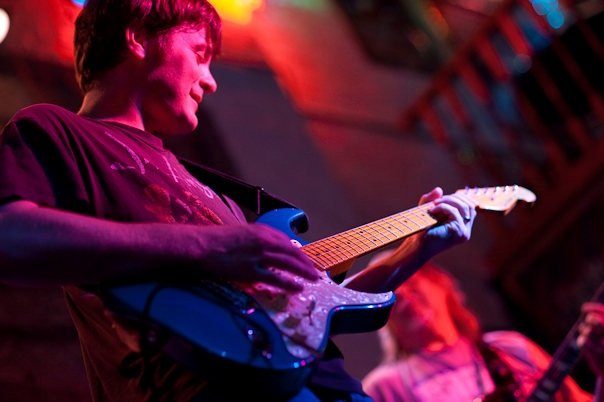 A fiery blues rock guitarist and southern soul blues belter with original material and Texas/Chicago inspired blues, WT Featser band is in the vanguard of the Mid west Rock/Blues scene.The boundless energy, telepathic musicianship and a flourish of six string ferocity is reminiscent of early Eric Clapton and Cream.
WT (Travis) Feaster made his name on the mid west “Young Guns of Blues Guitar” tour as well as being a leading light on the Chicago Blues Tour – a new take on an old concept - that took in eight clubs and ten bands.
Influence by blues greats like Albert King, Bill Perry, Junior Wells, Alvin Lee, and rockers Stevie Ray Vaughan and Jimi Hendrix, WT combines strong songwriting with impossible licks and a fiery sense of purpose that puts him near the top of the new generation rock and Blues scene. 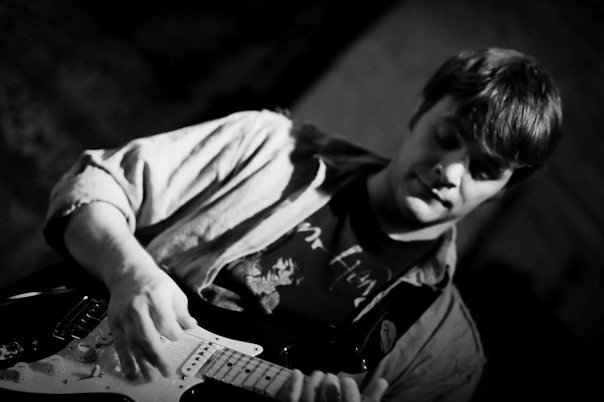 What was the first gig you ever went to & what were the first songs you learned?
I don’t really remember the first gig I ever went to.  I’m sure it was a rock and roll show though.  The first tunes that I learned were old classic rock tunes.  Songs like, Back in Black, Born To Be Wild.  Things like that.

How/where do you get inspiration for your songs & who were your mentors in songwriting?
I’ve never really had any mentors for songwriting other than just listening to great songwriters.  I’m a huge fan of Van Morrison, James Taylor, Jim Croce, and Eric Clapton’s songwriting.  The inspiration for my music just kind of comes when it comes.  There really isn’t a rhyme or reason to it, but most of the time, it’s based off of a guitar riff. 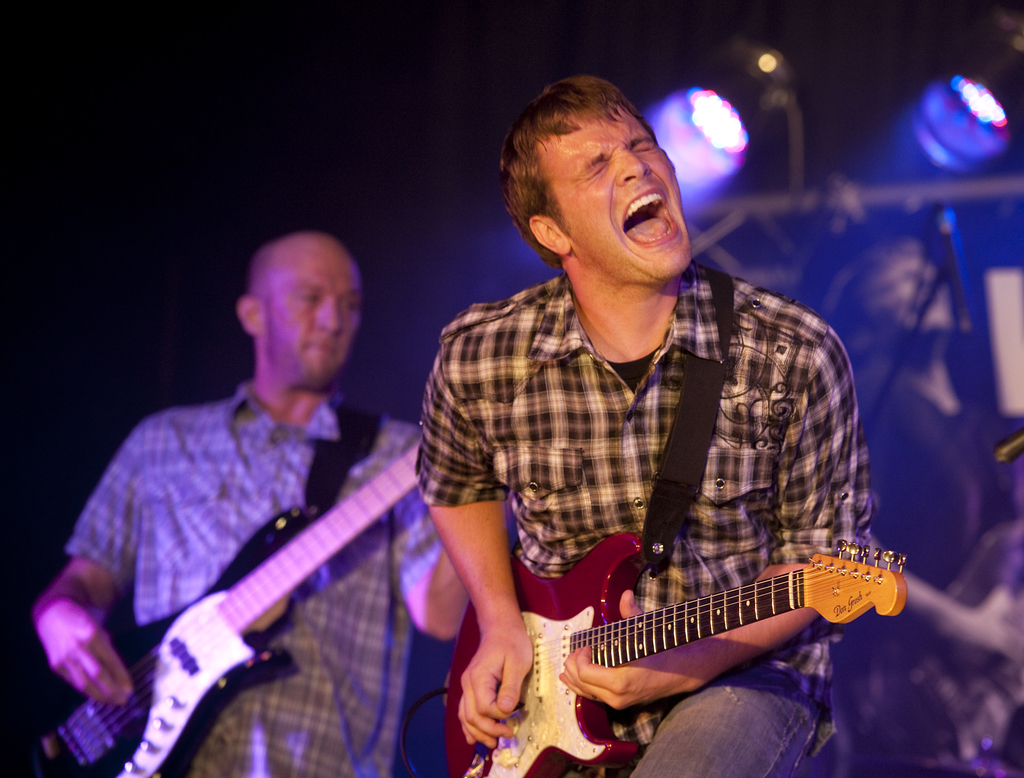 Any of blues standards have any real personal feelings for you & what are some of your favorite?
There are quite a few that I love.... just about any of the slow blues songs by Ray Charles.  I also like the funkier side of the blues.  Songs like “Born Under a Bad Sign” by Albert King really get my head bobbing.

What does the BLUES mean to you & what does Blues offered you?
The Blues to me just means being able to emote through music.  The blues has offered me a lot of things.... such as being able to express myself musically, and being able to tour the world.

What do you learn about yourself from the blues music?
That’s a great question.  What I’ve learned from blues music is really how to convey my emotions through the music. 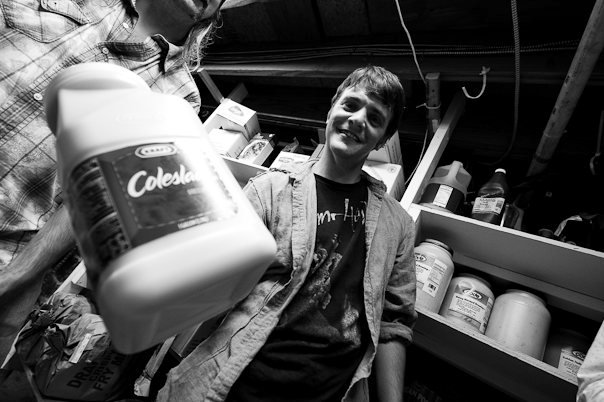 How do you describe WT Feaster sound & progress?
I would like to think of the sound as a “song first” sound.  In other words, always making sure that the song is the most important thing, not just the guitar solos.

What’s on your pedal board? What’s your main guitar, and amp right now?
My pedal board is ever changing it seems, but right now I’m using a Wampler Analog Echo, a Fulltone Deja Vibe, a Barber Direct Drive, a Maxon OD9, and a Vox Wah.  I also have a tremelo pedal that I built and will sometimes us an octave fuzz.

What experiences in your life make you a GOOD musician?
I think the main thing that makes you a good musician is practice...  whether that be performing or just sitting in your room and wood shedding. 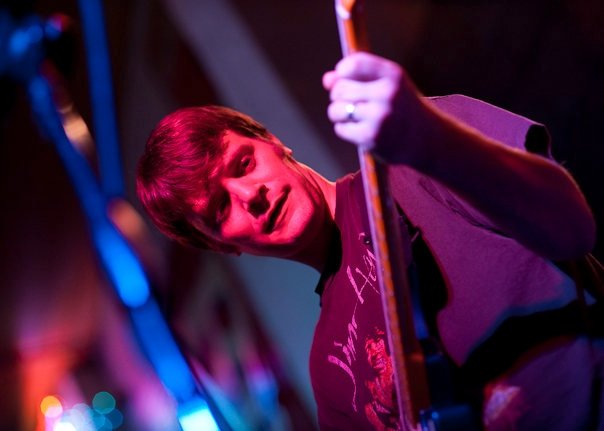 Do you remember anything funny or interesting from the recording hours?
The recording of Juggling Dynamite was a fun session.  It was a great experience as I used my band for the recording.  There were many funny moments.

Are there any memories from the road with your band, which you’d like to share with us?
Wow.  So many great moments.  I love all the sight seeing and things like that, but the most memorable moments always seem to be the conversations on the bus. From whom have you have learned the most secrets about blues music?
I’ve learned a lot from guys like Walter Trout and Tad Robinson.  I really see them as mentors.

Do you have any amusing tales to tell from your shows with Walter Trout?
The most amusing moments were when Walter was on stage.  That guy could be a comedian if he wanted.

Which of historical blues personalities would you like to meet?
Another great question.  There are so many.  The main ones would be from the electric era.  I would have loved to have met Junior Wells, Muddy Waters, Albert King, Albert Collins.  Hopefully one day I can meet Eric Clapton.

When did you last laughing in gigs and why?
There are two times I can remember laughing really hard in gigs.  Once for something that one audience member said to another that I can’t repeat and another was at a terrible dancer. 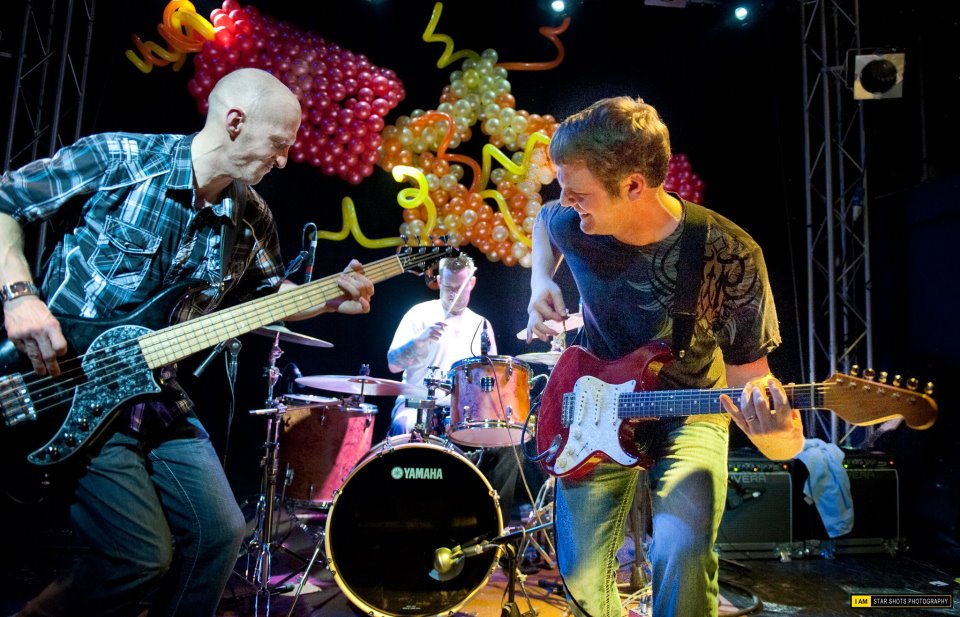 Some music styles can be fads but the blues is always with us.  Why do think that is? Give one wish for the BLUES
I think it’s because the Blues Music is the birth of modern music.  It’s like Muddy Waters sang..  the blues had a baby and they called it rock and roll.  The wish I have for blues is for it to return back to the mainstream. ...and with so many great young blues artists on the scene today, that just might happen.

What would you ask Alvin Lee? What would you say to Eric Clapton? How you would spend a day with Albert king?
I’d ask Alvin what it was like to play Woodstock.  I’d tell Clapton that he is responsible for making me want to be a professional musician, and I’d spend all day jamming with Albert King.

Would you like to tell something about making this new album “Juggling Dynamite”?
It was a blast to record this record.  It was exactly like being surrounded by your best friends and making music.  Everyone on the record from harmony vocals to light percussion are personal friends of mine. 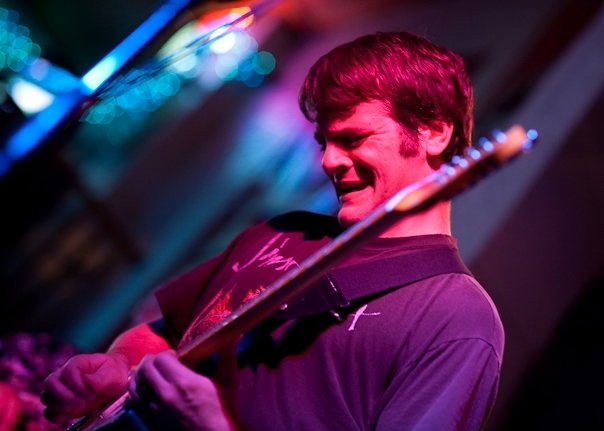