An interview with singer/songwriter & radio DJ Johnny Max: Blues is a music that speaks to the common man

"The Blues has to keep evolving. I think that some musicians forget this."

Johnny is a soulful singer whose respect, and passion for all types of music is evident. He is also a brilliant entertainer who has audiences thoroughly enjoying each show. Johnny Max has built up a solid reputation as one of those guys who gives 110% and is one of the most action-packed and satisfying entertainers around. 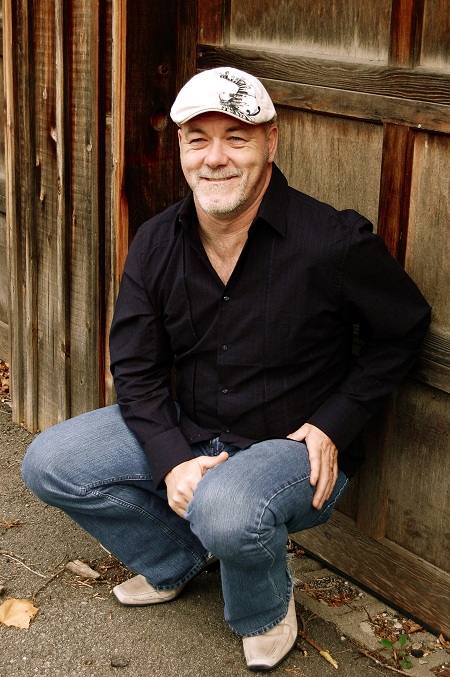 Johnny takes to performing like a fish to water, a perpetual motion machine, galvanizing his spicy blend of Stax/Volt, Atlantic, Funk, and Blues into frenzied heights, often propelling himself into the audience’s eager arms.
To listen to Johnny Max tell it, and to watch Johnny Max present it, you understand very quickly that there’s more to creating great music than simply performing a first-rate piece of music well. It’s much more all-encompassing than that.
Max’s take includes engaging the audience, making his show accessible. He wants to more than simply feed off the audience, he looks to make them part of the experience. And he does so with his good natured wit. Using humour to get your point across is always risky because there’s a fine line between entertaining and being the comic. To his credit Johnny Max knows how to tread that line because the music always comes first. Max’s music doesn’t always follow conventional Blues lines. Rather than be confined to the traditional 12 bar influenced forms, this veteran of the musical wars favours substance rather than convention.
While his first three releases firmly established Max in the Blues idiom, it was on his fourth, the Juno nominated A Lesson I’ve Learned, that Johnny added to his Blues sensibilities, and found his groove. And that groove had more to do with Southern Soul than straight up Blues. Johnny, when was your first desire to become involved in the blues soul & who were your first idols?
I was a music lover first. I ended up with had a huge record collection, but  as a child and young adult I was at home listening to the regular pop records, plus my Dad was the one who listened to Jazz and Irish traditional music. I became a DJ (doing weddings and corporate shows) for about 10 years. I sang with friends of mine, who were professional musicians on a regular basis, but I had not put together a band.
I wasn’t into Blues as a teenager, I was into pop songs, The Beatles, Rolling Stones, Johnny winter as well…..As I said I grew up in a house that my parents played a lot of Jazz and Irish traditional songs, too…Lots of singing at house parties but no band as such

In what age did you play your first gig and how was it like (where, with whom etc.)?
I started late in life as a band leader. I had already had a family, and a job for over 20 years. I was, as I said earlier, a DJ and I hosted a lot of parties for friends and local business…so, besides having the bad high school bands, I didn’t have my first gig until I was about 30 yrs old…..

What does the BLUES mean to you & what does the Blues Soul offered you?
Blues is a music that speaks to the common man. It tells stories that everyone one of us have known or have felt at one time. The music makes you feel so good. Makes you want to dance of get up and have a good time. A lot of people that I meet seem to think that Blues is sad and, yet, it is the complete opposite to me…. 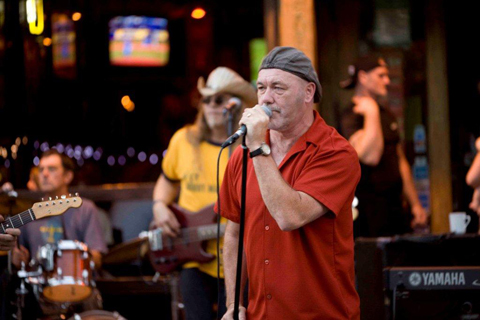 What characterize the sound of Johnny Max?
The Johnny Max sound started off being a very real  tribute to old style Chicago Blues, but has changed and grown to a more Soulful/New Orleans style of music. More story telling now as the songs get more intricate. I love the sound of the last album “It’s A Long Road” as it definitely has one foot in the Blues and the other foot in R&B.
A Johnny Max Band show will give you a dose of Blues through the different areas, some Memphis Blues, New Orleans Funk, a little Gospel & old Traditional straight ahead Blues….It all depends on the audience

How do you describe your philosophy about the music?
Music should be GOOD! That is all. I love all styles of music but the thing that makes me sad are the musicians that try to ‘copy’ music. They don’t play what they know.  From my radio show, I get a lot of music sent to me and a good deal of these sound like musicians who want to completely copy Sonny Boy’s ‘sound’ or Little Walter’s ‘sound” or Stevie Ray Vaughn’s ‘sound’…..they do not have their own sound, which is what they should be working on.
So my philosophy is to sound like you! If it has more horns, so be it. Maybe it needs more piano, go get a piano player. Let the songs tell you what they should sound like.

Which was the best moment of your career and which was the worst?
I have had too many great moments, such as playing in Copenhagen & Belle Isle en Terre, last year, absolutely fantastic. There is also starting up my own festival in Toronto. Starting my radio show 8 years ago. Or opening for my good friends Downchild, meeting Eric Bibb, there are so many moments in this career that I couldn’t start to mention them all….But being on stage and playing is the best, always….. 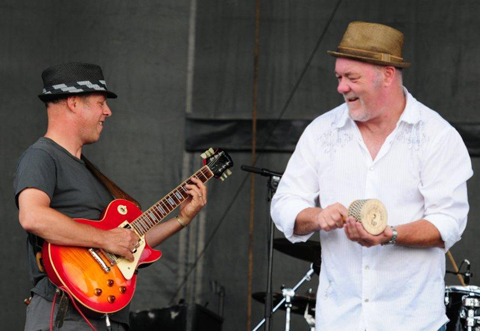 What do you learn about yourself from music?
I am always amazed at how much fun this is. Making music with the best band that I have been in is a joy. The guys I play with make me sound  better than I could have ever thought….Music should make people feel better, not the opposite…..a good night with music just cannot be beat!

What are some of the most memorable gigs and jams you've had?
Each year at The Southside Shuffle, for 6 years, we held the “After Party Jam” and that was always fun. We had members of Roomful of Blues, Eden Brent, Johnny Winter’s Band, David Clayton Thomas’ Band, etc come on stage and jam with us and our friends….I have had the pleasure of meeting and becoming friends with Bill Wax(XM Satellite/ BB King Bluesville), and he always introduces me to the cream of the crop of the Blues scene in Memphis at The IBC’s. Folks like Doug MacLeod, Bob Corritore, Janiva Magness, Rich del Grosso & Colin Linden. Getting to meet, listen and play, sometimes, with these people is always fantastic

Are there any memories from Johnny Max Band, which you’d like to share with us?
Well, the day we started writing for this last album, was great, as we had all 5 guys writing for this album…Both JUNO nominations are beautiful moments. Whenever your friends come up and actually say that they like what you have done, it is always a nice moment. There is always the ‘first Main stage show”, the first European show, or the first western Canadian show. These are all great memories 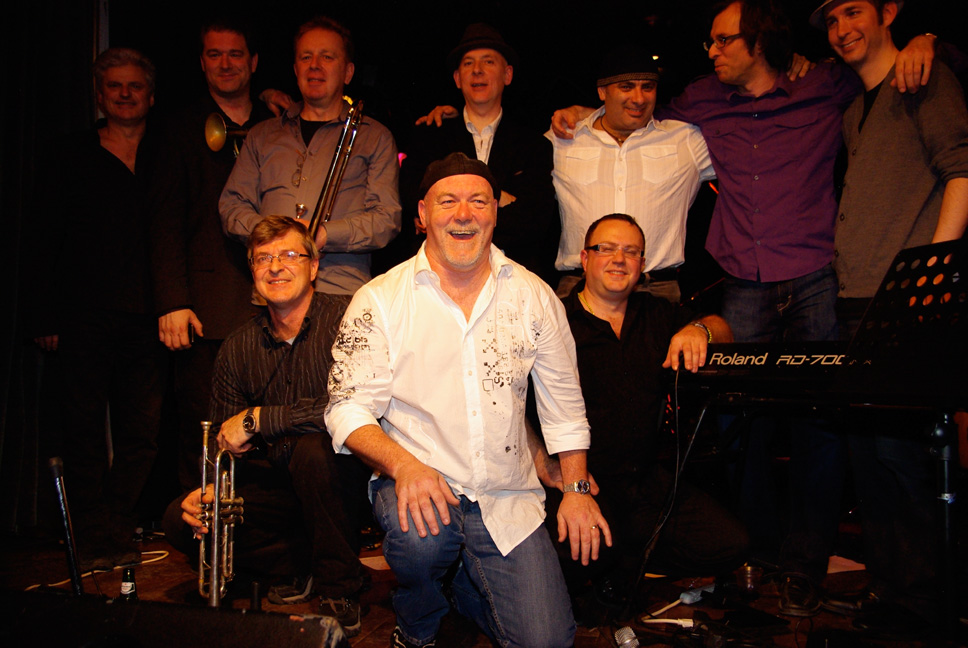 From whom have you have learned the most secrets about the blues soul music?
My good friend Chuck Jackson, lead singer of Downchild. Downchild are an iconic band in Canada and had single-handedly kept the Blues scene going in Canada in the early70’s….but also watching guys like Michael Pickett, Rod Phillips…These are guys that are huge in the Toronto scene and not a lot of people know about them, but they were a great help to an up and coming singer…

What advice would you give to aspiring musicians thinking of pursuing a career in the craft?
The best advice I can give up and coming artists is to play with your heart and play as often as you can, but play for pay. Don’t play for exposure. Your craft, your art is worthwhile and people need to pay attention to how much effort and time you put into it.

What is your “secret” music DREAM? What turns you on? Happiness is……
Just playing, wherever it is, but just playing in front of people who enjoy Live music. How would you describe your contact to people when you are on stage?
I like to have fun and joke around. The more you have fun, the more your audience will have fun. Sometimes it is a little too much but everyone wants to come to a show and have a good time and that’s what we try to bring to an audience

Some music styles can be fads but the blues soul is always with us.  Why do think that is? Give one wish for the BLUES
The Blues has to keep evolving. I think that some musicians forget this. We, as a band in Canada, cannot sound like Muddy Waters, can not have the pain that John Lee Hooker or Charly Patton felt. We, as children of the 60’s have our own feelings and troubles. We should be honest about them. Blues is the Truth and musicians of our era should play the truth, sing what you know about, play what you feel. 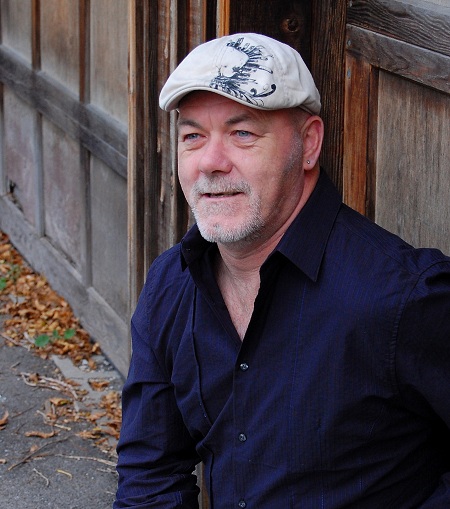 Tell me a few things about the “Sunday Morning Soul”, how that came about?
Sunday Morning Soul is my 2nd radio show, after Sunday Night Soul. I want to bring good music to the masses. I play Blues, Roots, Soul and R&B music and mainly NEW music! There is s much great new music that needs to be heard and I think I do that each and every week at 11AM (EST) on radio station Haze FM

Would you mind telling me your most vivid memory from your broadcast?
There is always the first broadcast, where you think that the world is listening!!! But in all honesty, I love all the shows and the music that I play, as that is the whole idea. Right now, I am doing a lot more interviews and I think they add to the whole feel of the shows now. We get to showcase more albums because of the interviews.

How do you get inspiration for your songs, what musicians/songwriters have influenced you most as a songwriter?
As a songwriter I look to guys like Delbert McClinton, Dan Penn, Jimmy Hall, Gary Nicholson, Colin Linden and the like. They are storytellers and that is what I now aspire to be like. It is a Celtic thing, I think. A need to tell your story, whether it is about yourself or another situation that you have seen or heard about. 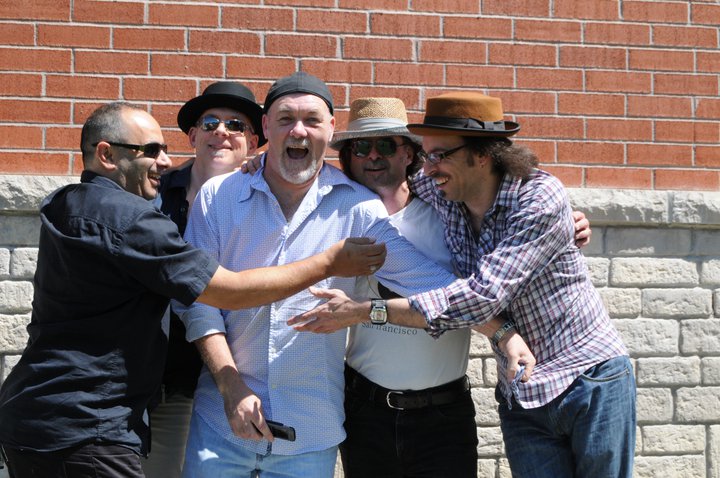 Which of historical blues soul personalities would you like to meet?
I would like to meet, but am too late, for guys like Sam Cooke (I am a huge Sam Cooke fan), Howlin Wolf, Muddy Waters, Little Walter, T Bone Walker, Louis Armstrong….all these artists used to come through Toronto, but I was a little too young to get to see them….

How you would spend a day with Rufus Thomas? What would you say to Jim Belushi? What would you like to ask Otis Redding?
All of these gentlemen, I wouldn’t say a thing, I would just listen and go where they wanted to go and just hang….