Mike Morgan was born in Dallas on November 30, 1959, and grew up in nearby Hillsboro, Texas. Morgan displayed an avid interest in music as a youngster, listening intently to the impassioned soul sounds of Otis Redding and Wilson Pickett on local radio stations. He received his first guitar while in the third grade, but didn't begin to take playing seriously until he discovered Stevie Ray Vaughan's album, Texas Flood, in 1985. 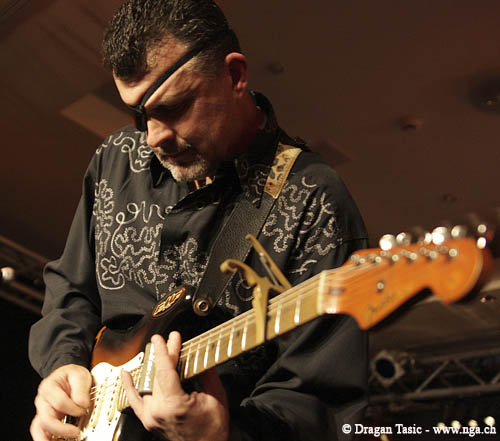 As his prowess on the guitar developed, it became clear that he was not merely a Stevie knock-off, but rather an original player with a sound and style all his own. Mike moved to Dallas in 1986 and soon hooked up with experienced vocalist Darrell Nulisch to form The Crawl.  Mike Morgan and The Crawl quickly made a name for themselves as one of the best contemporary blues bands in Texas, writing original songs that were on a par with the classics they chose to cover. After Nulisch left the band in 1989, Morgan set out to find a vocalist who would fit his desire for a broader-based R&B sound. He found the perfect match in Kansas City native and blues veteran Lee McBee, whose smoky, seasoned vocals were reminiscent of the legendary 1960s soul singers Morgan listened to while growing up. Mike Morgan and The Crawl found a national audience with the release of their debut recording, Raw & Ready, in 1990. Backed up by extensive national and international touring, Mike Morgan and The Crawl continued to amaze their fans throughout the 1990s by releasing five highly regarded albums, Mighty Fine Dancin, Full Moon Over Dallas, Ain't Worried No More, Looky Here!, The Road and I Like The Way You Work It. Morgan even kept a high profile during some down time away from the band in 1994 by recording Let The Dogs Run, a highly acclaimed record that paired him with fellow Dallas guitarist Jim Suhler. After years of great vocalists / front men such as Lee McBee, Darrell Nulisch, Chris Whynaught and Keith Dunn , Mike was ready to take on the new challenge.
In 2000 Texas Man, Mike’s first vocal outing was released on Severn Records. Texas Man met rave reviews and was followed up in 2004 by “ Live in Dallas.” In 2007 saw the release of the most current CD, Stronger Every Day. Mike has not been touring much since 2006. He is still playing mostly local gigs and a few scattered touring appearances. 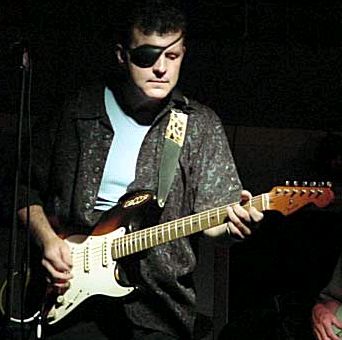 Mike, when was your first desire to become involved in the blues & who were your first idols?
Billy Gibbons/Stevie Ray/ Jimmie Vaughan got me started, then I went on to all of the great Chicago/Texas / Louisiana and West Coast masters.

My first song was House Of The Rising Sun when I was about 10 years old. My first blues shows were Anson and The Rockets and The Thunderbirds. My first gig with this band was mostly Stevie Ray and Thunderbird songs in 1985. That was before I had learned about the old stuff.

Any of blues standards have any real personal feelings for you & what are some of your favorite?
I love all of the Blues standards.

Do you think that your music comes from the heart, the brain or the soul?
All  of the above.

What does the BLUES mean to you & what does Blues offered you?
I love the pure sound and feeling of the blues. 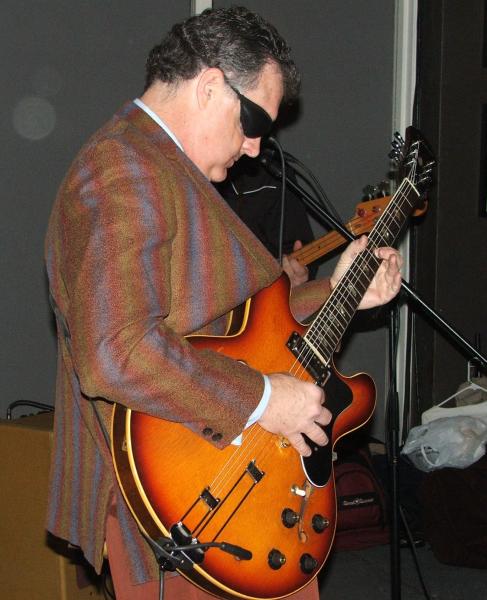 What do you learn about yourself from music? Three words to describe your sound & your progress
Blues / R&B / Soul.

"We need the younger generation to start listening to blues."

Experience / practice / listening and opening up your mind.

How/where do you get inspiration for your songs & who were your mentors in songwriting?
I learned song writing on my own. It seems to come naturally. A lot of inspiration from life / love and love lost.

Recording is always stressful for me.

Listening to all of the Chicago stuff. 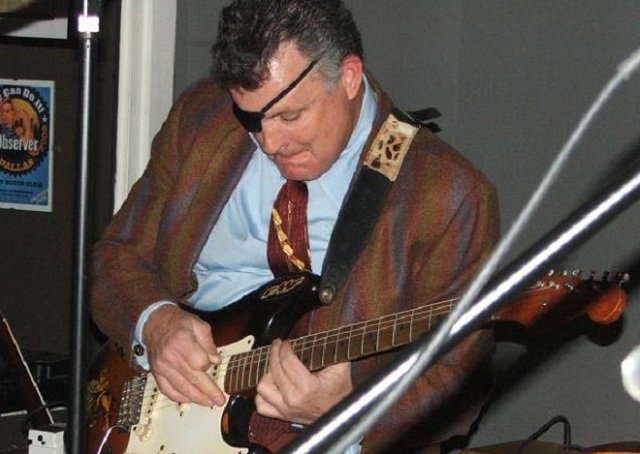 "I love my Savior Jesus Christ. I love music. I love riding dirt bikes.  I love the outdoors. I am a birder (I love bird watching) I love my friends and family!!"

I always love the Festivals. There are always a lot of laughs at the festivals when you get to see old friends from other bands. I did a road trip with Gary Primich on time and we were laughing the whole time.

Who are your favorite blues artists, both old and new? What was the last record you bought?
Everyone. The last record I bought was from a contemporary artist names Corine Bailey Rae.

Some music styles can be fads but the blues is always with us.  Why do think that is?
It is real, unpretentious music.

Which of the people you have worked with do you consider the best friend?
Lee McBee, Gary Primich, Randy McAllister , Mitch Kashmar.  I consider most all of the guys that I have worked  with to be good friends. 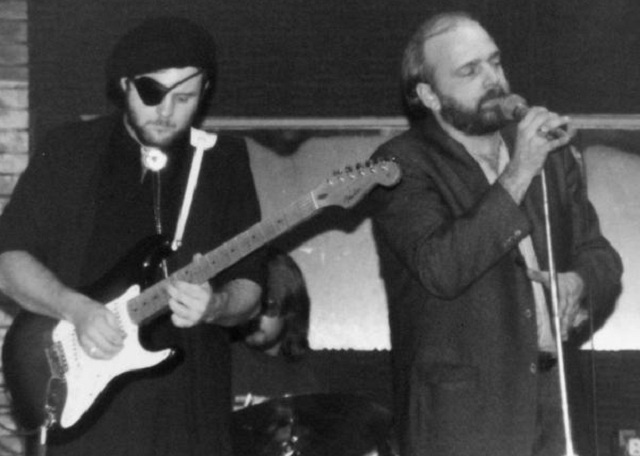 "My first song was House Of The Rising Sun when I was about 10 years old. My first blues shows were Anson and The Rockets and The Thunderbirds. My first gig with this band was mostly Stevie Ray and Thunderbird songs in 1985. That was before I had learned about the old stuff."

There is never a dull moment with Lee.

We had a lot of great times. One time he hurt his knee real bad when we were playing nerf basketball in a hotel room.

What’s the best jam you ever played in?
There used to be great jams in Dallas all of the time. Hash Brown used to have 4 jams per week here in Dallas. Sam Meyers was always at the jams when he was in town. It was not uncommon to have myself ,  Jim Suhler, Johnny and Jason Moeller, Paul Size, Freddie Pharo, Sam Meyers , Eddie Stout, Hook Herrera , Holland K. Smith and Texas Slim at on of Hash Browns jams.

We need the younger generation to start listening to blues.

Where did you pick up your guitar style & in which songs can someone hear the best of your work?
I learned a lot from the Chicago stuff like Little Walter , Muddy and Sonny Boy. 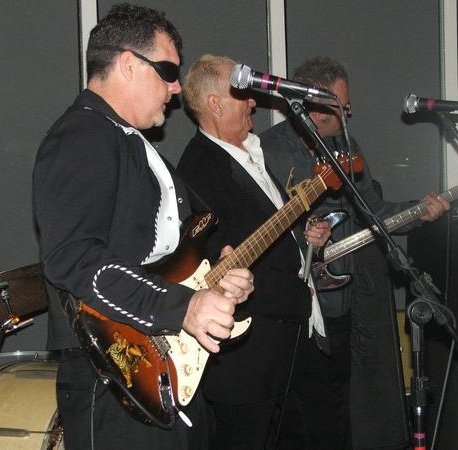 How  did you start to play guitar?

I heard a ZZ Top song called “Old Man” when I was a kid and I decided I wanted to play guitar.

"I learned song writing on my own. It seems to come naturally. A lot of inspiration from life / love and love lost."

What kind of guy was Stevie Ray Vaughan?
I got to meet him a couple of times. He was real nice both times.

How do you receive the characterization of Guitar World Magazine: “Mike Morgan is genuine blues guitar hero!!”
A guy from Guitar World came out to see us play in Dallas and did a short interview with me. He really enjoyed the show. It was right after Stevie Ray died.

What are your plans for the future & do you have a message for the Greek fans?
I would love to come there, play and visit the country.

Tell me about the beginning of Crawls. How did you choose the name and where did it start?

The Crawl is an old blues song by Guitar Jr. (Lonnie Brooks). I put a little band together for one gig and it just took off from there. 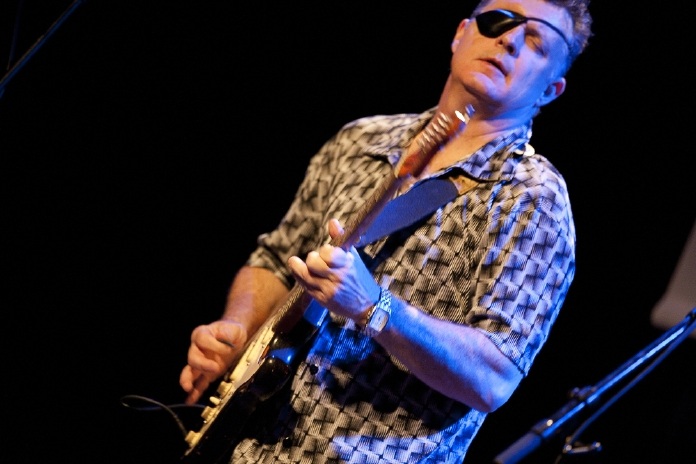 "I heard a ZZ Top song called 'Old Man' when I was a kid and I decided I wanted to play guitar."

How did you first meet Black Top owner Hammond Scott, three words to describe him?

Anson told Hammond to come listen to us. He came out and signed us to Black Top. Hammond is a very funny guy.

Tell me a few things about your meet & work with Darrell Nulisch, what kind of a guy is Darrell?

Darrell is the guy that got me listening to all of the old stuff.

I love my Savior Jesus Christ. I love music. I love riding dirt bikes.  I love the outdoors. I am a birder (I love bird watching) I love my friends and family!! 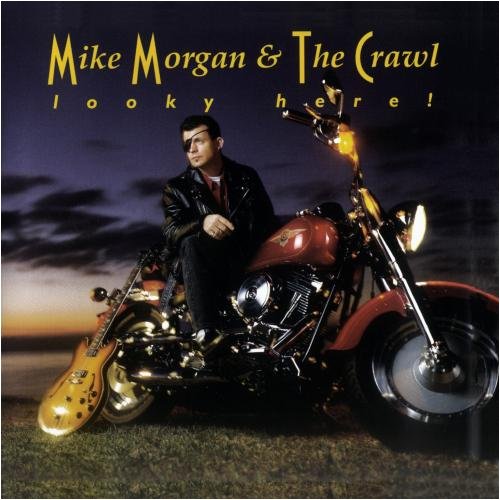