R.I.P LOUISIANA RED - WE’ RE SURE GONNA MISS A REAL BLUESMAN AND A GREAT FRIEND

Have a Nice Trip Our Friend

Louisiana Red died this afternoon at a hospital in Germany (Note Europe is 9 hours ahead) after a few days in a coma brought on by thyroid imbalance. He was 79. Louisiana Red was a powerful downhome blues artist who could channel his teachers (among them Muddy Waters, Elmore James, Robert Nighthawk, Lightnin' Hopkins and John Lee Hooker) into his own heartfelt musical conversation, delivered with such moving passion and honesty that it would leave his audiences indelibly touched. He was fine singer with a distinctive voice, and an amazing guitarist who could play all of the traditional blues styles and excelled as one of the world's greatest slide guitarists. He could create moods and textures, both musically and spiritually, and had the ability of falling so deep into his own songs that he would go to tears, making his audience cry with him. That was the gift of this great artist.

"Many of the great bluesman have their own style and would be confined to that style but Lousianna Red can cover any one and in so doing is a great teacher.  Great stories as well.  Red is a real philanthropist.  He was raised in an orphanage and to this day he still gives much of his CD sales to the very same orphanage.  He and is wonderful wife, Dora, are just some of the finest people on the planet." Mark McDonald - Interview

"A sad and great loss in the blues world. A very lovely Person .
I  played with Red last year." Mick Pini

"Louisiana Red -  has the goodness and heart of a child along with being the probably the most important blues musician historically who is still alive today." Richard Ray Farrell - Interview

"I am very sad about my friend RED leaving us. he was the very first blues artist i got to meet in person and the first blues concert i ever promoted when i was 19. RED was one of the last giants in blues that constantly and spontaneously spoke his mind with a new line, a new melody every day. on stage as well as off stage. he was a permanent spring of pure blues. and he was a very generous man. my thought are with his lovely wife dora who kept him together the last 30 years as well as his children and family. if you are a lucky person that owns a record of this blues giant, this is a good time to play it and apprechiate the man we just lost." Thomas Ruf  (Ruf Record)

"In Winter 2010, when I was with Samantha Fish (USA) and bassist Cassie Taylor (USA) on a promotional radio tour of Germany, the head of our record label Thomas Ruf took us over to Louisiana Red’s home. Red was not expecting us. His wife Dora answered the door in her dressing gown and said that they were already in bed but she kindly invited us in anyway and woke up her husband to come and meet us. So there we were in Louisiana Red’s living room, and he got out of bed in his pajamas, got out all his guitars (He had quite a collection) and sang and played guitar with us until late. He told us stories and showed us photos of him when he was in his 20’s. It was a truly magical evening. I was sad to hear he passed away last week and my heart goes out to his wife Dora. I feel really blessed that I got to spend that evening with him in his home. I’ll always treasure that memory." Dani Wilde - Interview

"The Blues World is going to miss one of the last true Bluesmen of all times." John Angelatos

"We are always laughing in the studio, but one I like was when we were recording with Louisiana Red, he said when I nod my head finish, so he nodded and we stopped, he then sais “ What happened”, I said you nodded your head  he replied “No that’s what I do when I get happy “, very funny" Norman Beaker - Interview

"It is sad to say goodbye to the loving persona of this great bluesman who's music warmed our hearts  Louisiana Red's vulnerability became his strength and he filled his heart with an unstoppable passion for music and acceptance. His legacy is great and his friendships are many. He can now rest in peace after a lifetime of giving us everything he had through his amazing blues. God bless you Red." Bob Corritore 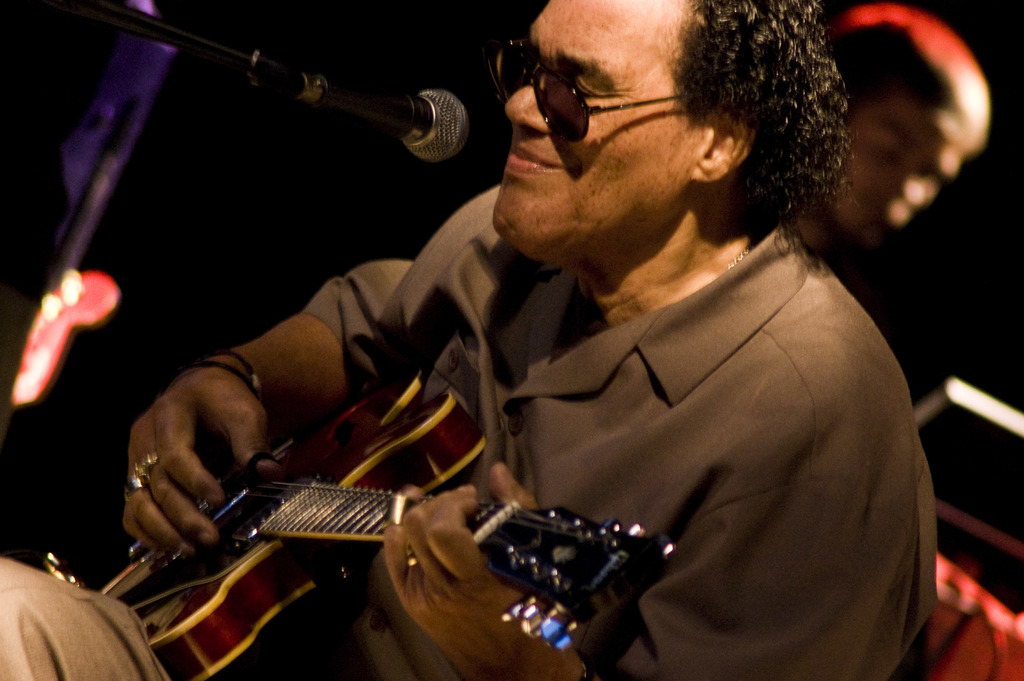