An Interview with the Memphian Blues Warrior Charley Burch: Music is the Divine language

Charley Burch is a lifelong Memphian who has been employed as a professional in the entertainment industry over 20 years, in various capacities, including as a club owner/operator, boxing judge/promoter, record producer, tour manager, and in artist/event management and promotion. As an artist manager and/or promoter, he has booked numerous major pop and blues artists, and his artists have toured throughout Europe, East Asia, as well as North America. As an award winning record producer, Burch has been producing or co-producing records since 2006 mostly with his producing partner Lawrence “Boo” Mitchell of Willie Mitchell’s Royal Studios in Memphis, Tennessee.

He is a voting member of NARAS (National Academy of Recording Arts and Sciences – The Grammy’s) and The Blues Foundation. Burch is an ASCAP Writer and Publisher. He has promoted and produced hundreds of concerts from 100-person venues to 10,000-plus seat venues and festivals. 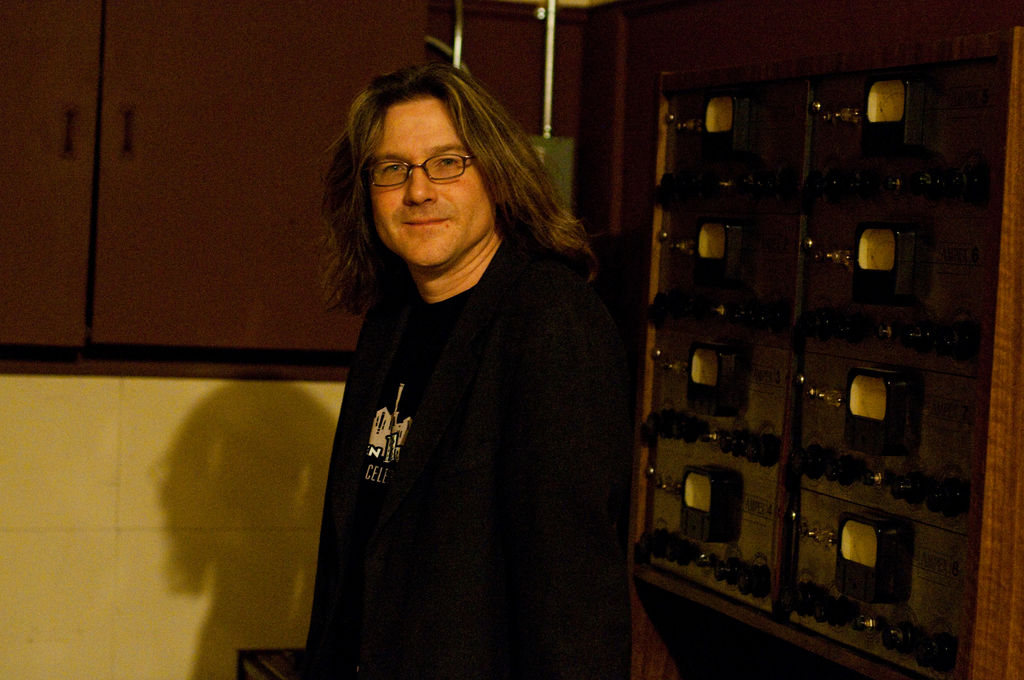 Charley, when was your first desire to become involved in the blues & who were your first idols?

I was born in Memphis, TN March 12th, 1968.  My father was a civil rights attorney and many blues, soul and R&B artists were involved in the Civil Rights movement at the time.  From as long back as I can remember (about 2 ½ years old) I literally grew up around and had the pleasure of knowing Rufus Thomas, Ma Rainey II, Isaac Hayes, Carl Perkins, Elvis Presley, BB King, Sam Phillips and his sons Knox and Jerry.  My Maestro Willie Mitchell was my greatest influence, but that relationship did not begin until I was in my 20’s.

First gig from memory was Aerosmith in the 70’s.  First songs I learned were by Stevie Wonder, The Rolling Stones and The Beatles. 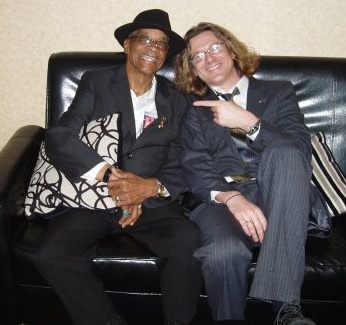 There is a fine line between preserving the legacy of the sound and its sources and producing records that will carry that sound into and beyond the 21st century.  The Blues is a Delta cultural thing to me and that one has to be lived instead of learned.  When cutting Blues records, I always remind myself of Picasso’s quote “Bad artists copy; great artists steal”.

Tell me about the beginning of Burch Entertainment Group.

You could say it began in 1988 with my opening Club Handy on Beale St. at the ripe old age of 19.  I filed for a business license with the name Burch Entertainment Group in 2003 to consolidate my skills as a manager, agent, producer, A&R and artist developer.

Meeting my Maestro Willie Mitchell in 1992 and burying him in 2010.

Are there any memories from Super Chikan, which you’d like to share with us? What kind of guys is Super Chikan?

So many we could write a book just based on those memories and experiences.  Chikan is one of the most real deal men you will ever meet or know.  I have always said that Hollywood has a love affair with The Delta because they are constantly trying to develop characters for film.  Down here, we just breed ‘em!  Chikan is honest as the day is long.  A truly creative person who loves music, his family and everything Southern.  We are still on our journey making memories and history together and I pray that continues for many more years. 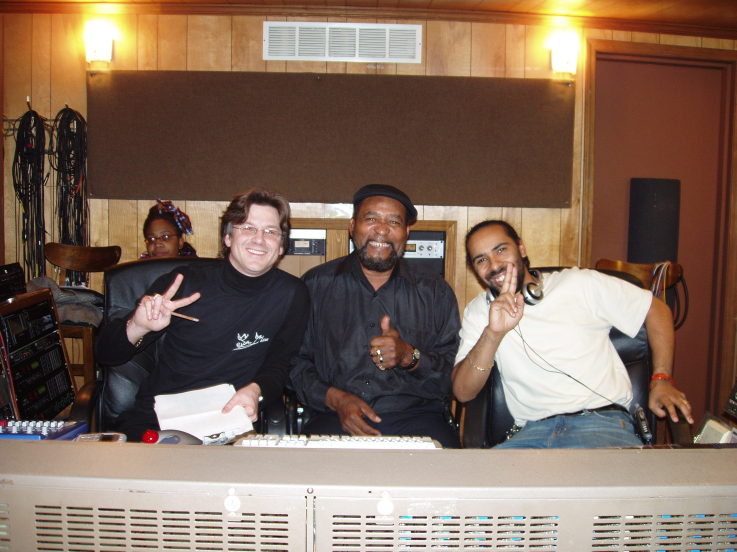 How did you first meet Artimus Pyle?

Lalos grill and nightclub in Jerusalem, Israel winter of 1987.

What gift has given Henry Butler, which memory from him makes you smile?

Probably picking out Zoot Suits and smart business suits for him in Memphis.  Cooking him Thanksgiving dinner.

What are some of the memorable stories from Steven Seagal & Ian Siegal you've had?

Steven and I met about 5 years ago when he hired Super Chikan to open up for his Band Thunderbox in The UK and Europe.  Ian and I met in Notodden, Norway and literally feel asleep in two armchairs facing one another on a 12 hour beer and whiskey assisted discussion about life and music.  Both I consider dear friends to this moment.

Tell me a few things about the Bluesberry Bakery Café and neighboring R&B Club, how that came about?

I first came to Clarksdale, Mississippi in 2005 in a consultant capacity on a music project and by the end of the week, convinced my mother to buy 2 buildings on Yazoo and put a Jook Joint in one (Bluesberry Café) and an R&B club next door in an old pawn shop.  I slept, ate and labored in The Bluesberry for several months helping the Crivaros, whom I brought up from Miami to operate the Jook, and make it what it is today.  They are great people, great friends and a true contribution to the authentic Clarksdale Blues experience.  Both buildings were developed, operated and sold at a loss by my mother and me by 2008. 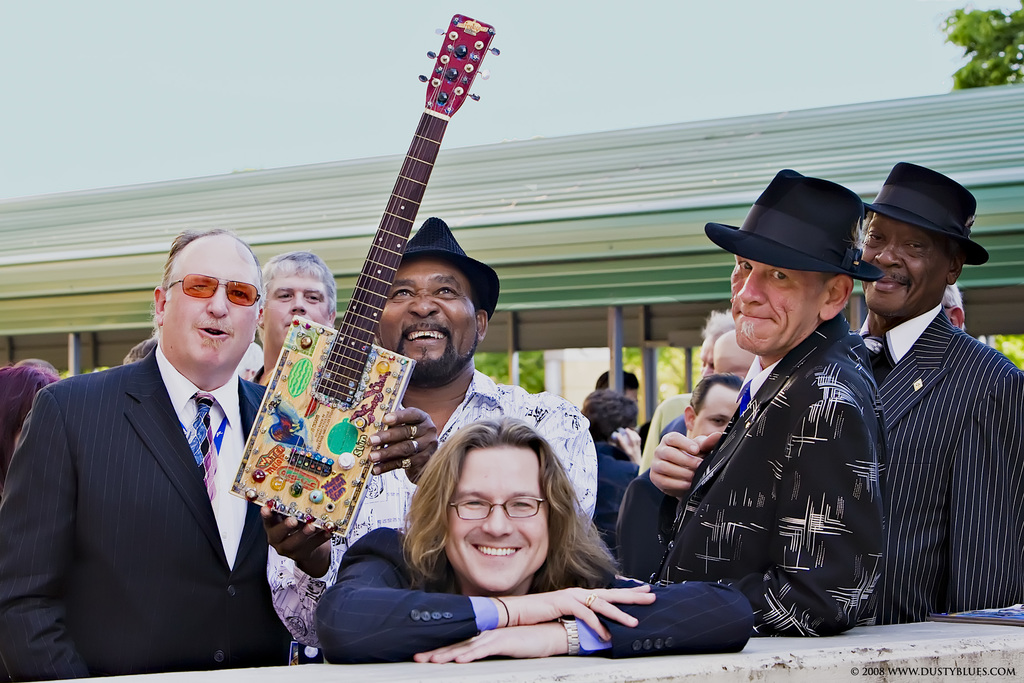 I remember that there was a vocalist one time that I was concerned about how their singing and playing harmonica was distressed and distorted coming through an RCA microphone and their shortness of breath.  My engineer said “give him a break Charley, the brother smokes crack”.

I would have continued practicing musical instruments more, mastered theory and completed law school.  Everything else I would have done the same.

Of all the people you’ve me with; who do you admire the most?

I have a special friendship with Elvis Costello.  He has one of the biggest music brains you have ever experienced.  You might want to slap him on occasion because he is so nice and such a good person.  It’s like “You’re a rock star…aren’t you supposed to act like a jerk sometimes to us little people?”  Elvis is one of the greatest men I have ever known. 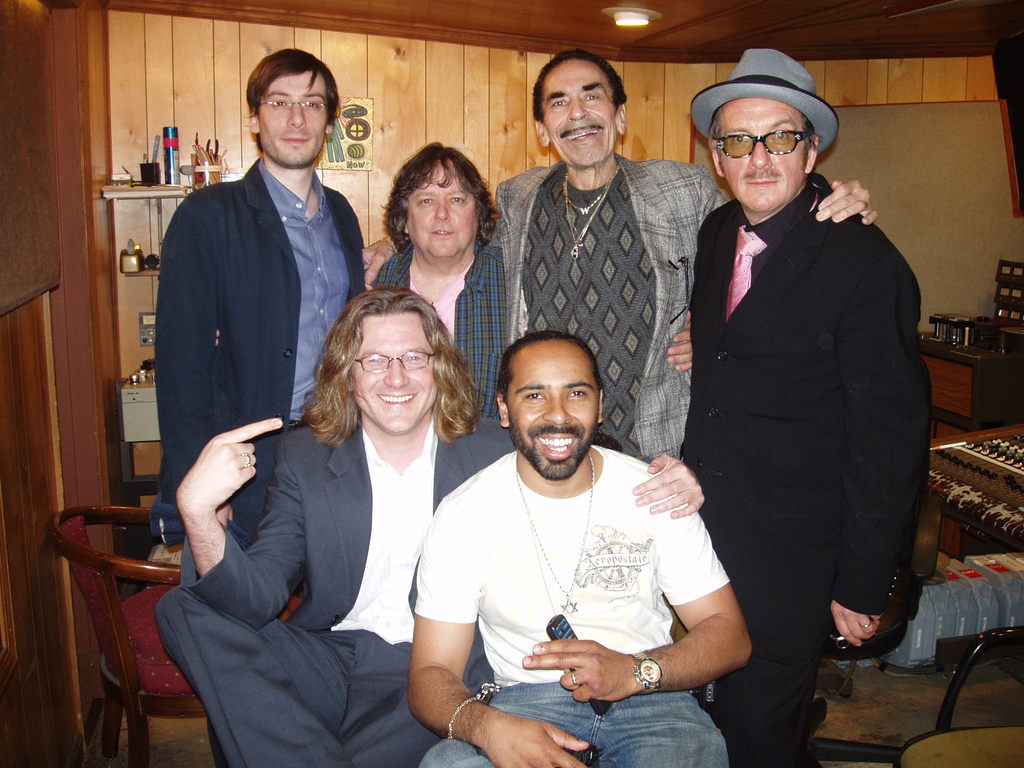 What do you think is the main characteristic of your personality that made you a promoter, producer & manager?

I hear songs and listen to the artists that write and perform them and then see the whole process all the way to the end.  I am rarely surprised be a song or an artists’ outcome in the end.  Either they’re good or they are not.  My Maestro Poppa Willie said to me on the first day of tracking an album “Charley, you are a mediocre musician, mediocre engineer, but you’ve got great f*^#@’n  ears.  Go in there and produce that thang, and I’ll mix it down with you.  Now days, I think I ‘m too stupid to do anything else but write and record music.

Who are your favorite Blues artists, both old and new, what was the last record you bought?

From the musical point of view is there any difference between US Blues & European Blues?

Without a question.  I am unaware of a European contributor to traditional Blues.  Please educate me if I am wrong, but what European between 1920 and 1960 produced an original blues lyric, riff or arrangement?  There are hundreds maybe even thousands of fantastic blues and rock musicians from Europe that I have worked with and many I hope to work with in the near future.  The hard thing to overcome in Blues songs is the vocal dialects that are not from the Western Hemisphere.  Most often it does not work well and inhibits the music from being both authentic and sonic. 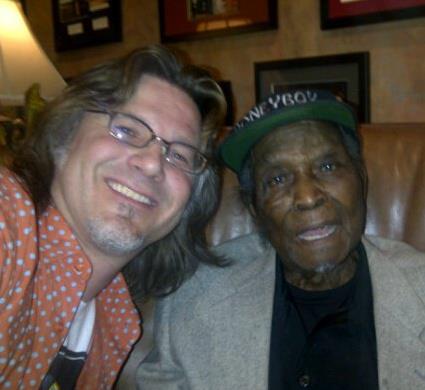 What is the difference between a bluesman living and working in the South U.S. and one in the Chicago & NY?

A great deal.  You have the Hill Country, Delta, Barrelhouse, Jump, Swing, Bayou and field holler styles of blues just to name a few.  Very indigenous and very different sounds in many ways.

The recording process is an unfortunate change with more recent artist’s multi-tracking and going all digital.

I wonder if you could tell me a few things about your experience in The International Songwriters Competition.

That we preserve its legacy while evolving in a way those future generations will appreciate it the best.

Are there any blues standards that you have personal feelings about & what are some of your favorite standards?

Lay me a Pallet on Your Floor, Willie the Wimp, One Bourbon, One Scotch and One Beer, Bluesman (Understand?) and Mannish Boy. 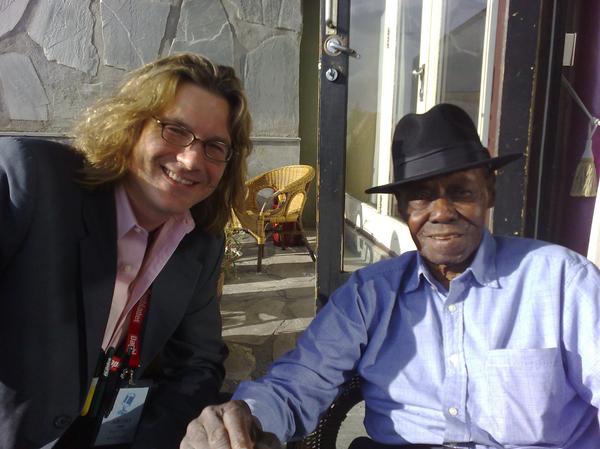 It is the Divine language and the language all nations can communicate through the best.

Organic, truthful and bringing joy to others by putting their needs and expectations before my own.

To make great records and develop the next great artists.

Keep the faith and please invite me over to record with y’all as soon as possible.

What is your opinion about Blues.gr?

A fine contribution to music, the Blues genre, Europe and The World.  Thank you for this opportunity and G-d bless.