An Interview with Tony "TS" McPhee of The Groundhogs: A Legendary Artist of British Blues History

"As long as there are people who 'understand' what is necessary to play Blues and as long as there’s guitar players & guitars, there'll be real blues."

Tony McPhee is an English blues guitarist, and founder of The Groundhogs.The Groundhogs backed Champion Jack Dupree and John Lee Hooker on UK concerts in the mid-1960s, evolving into a blues-rock trio that produced three UK Top 10 hits in the UK Albums Chart in the early 1970s.

In the very early 1970s, the Groundhogs were an ultra-hip, Utopian musical force playing their Top 10 album songs on Top of the Pops and recording alongside Can, Hawkwind and Amon Düül 2 for Andrew Lauder’s groundbreaking Liberty/United Artists record label. 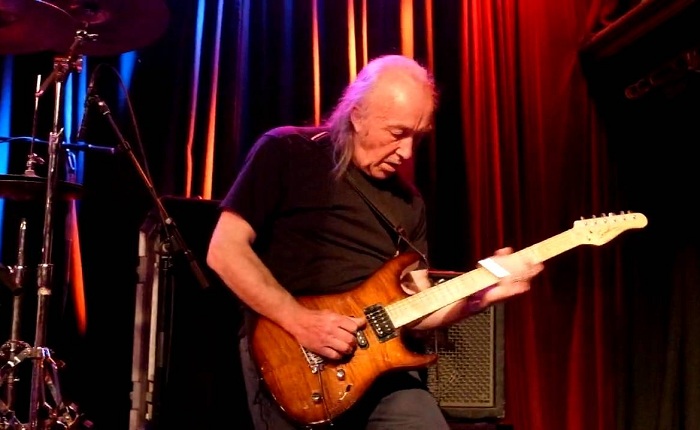 The Groundhogs’ albums were housed in supercool gatefolds or triple-gatefolds or even 12” x 15” unfolding comic books which portrayed the individual group members as superheroes. The Groundhogs referred to themselves as ‘Men of Destiny with secret thoughts of saving the world’, and gave their albums titles such as Thank Christ for the Bomb, Split and (best of all) Who Will Save the World? The Mighty Groundhogs!

McPhee has also released many solo acoustic blues records, as well as duets with Jo Ann Kelly. He is often credited as 'Tony (TS) McPhee'. He was dubbed TS by the producer Mike Vernon in the mid-1960s. Apart from the Groundhogs, McPhee has played with Herbal Mixture, the John Dummer Band, Tony McPhee's Terraplane, Tony McPhee's Turbo and the Tony McPhee Band. The definitive biography & discography of Tony McPhee was published in 2012. Eccentric Man: A Biography & Discography of Tony (TS) McPhee by Paul Freestone.

There are so many 'bests' No.1 playing with and having John Lee Hooker as a friend, and playing - recording with Champion Jack Dupree, considering him as a friend also recording with Billy Boy Arnold, supporting the Rolling Stones, etc.

The 'worst' is easy the stroke I had 16th June, 2009 striking me totally mute when I was going to play at a French Blues Festival alongside Billy Boy, had to cancel! 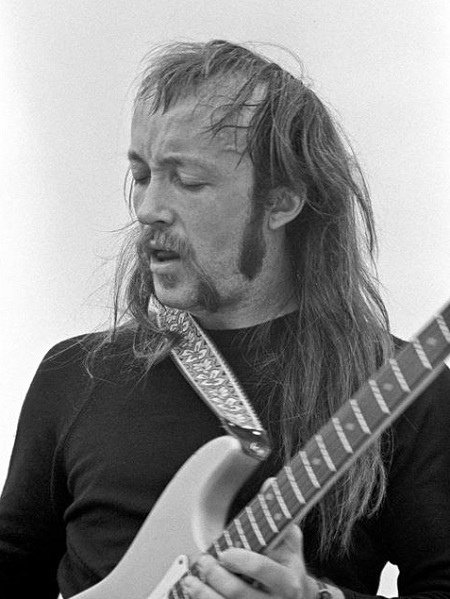 Because it IS timeless!

What do you think is the main characteristic of your personality that made you a Blues musician?

Got into music firstly because I was crap at school academically rubbish and I totally understood people who had a similar experience, we had to teach Hooker how to write his autograph (he asked me write a 'love letter' to a young girl he met at a gig, he dictated, I wrote!)

What does The Blues mean to you and what does offer you? What experiences in life make a bluesman?

Life itself, all the kicks in the testicles, the ability to take them and keep smiling!

How do you describe your philosophy for the music and what characterizes the sound of Tony McPhee?

I try always to write and play stuff that is timeless, not pandering to 'fashion' just like Blues, being honest and able to incorporate  new ideas and techniques.

Are there any memories from Champion Jack Dupree and John Lee Hooker which you’d like to share with us?

There are SO many! One of my favourite memories is when John used to play and sing in our van going to gigs on the tour, the 1st time we played with Jack at the 100 Club he asked Bob Hall, our pianist,  to take over  the  keys whilst  Jack danced at the front of the stage etc.........

Why did you think that The Groundhogs continued to generate such a devoted following?

Hopefully it's because we're down-to-earth and no BullShit! 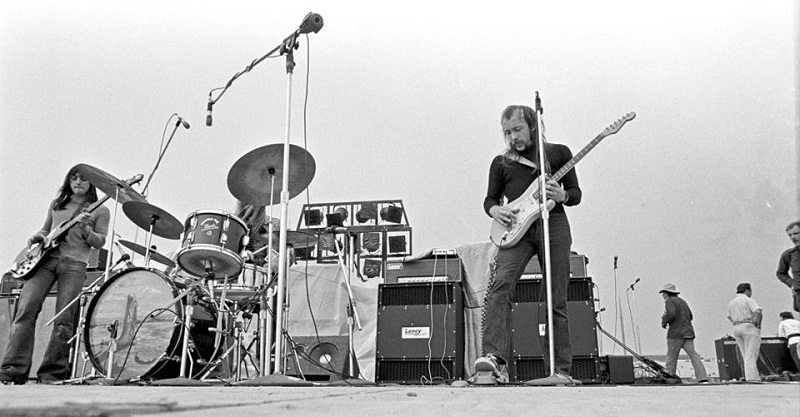 "I try always to write and play stuff that is timeless, not pandering to 'fashion' just like Blues, being honest and able to incorporate  new ideas and techniques."

Which memory from The Groundhogs makes you smile?

Difficult to say one,  maybe playing to 3500 people supporting the Stones in Glasgow then playing to that many at our own gig later the same year.

What do you miss most nowadays from the 60s and your first steps in music?

The thrill of getting my first guitar and amp & modifying them to my own requirements, these days guitars and amps are factory set-up, I used to have to stone the frets on all my guitars and modify my amps, maybe change the pre-amp wiring.

Never really had Jams as such, I always thought they were a bit of "Who can bore your tits off with too many notes"

Apart from the Stones gig I already mentioned probably 1970 Isle of Wight festival was a memory that stands out, of course, IF I'd played with Billy Boy in France in 2009 that would stick in the mind!

Of all the people you’ve meeting with, who do you admire? Which meetings have been the most important experiences? 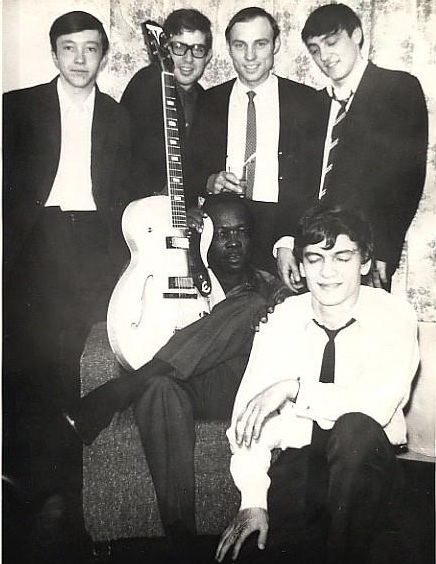 John Lee Hooker is my main man, Jack Dupree next and meeting and spending a wonderful evening with Howling Wolf, Sleepy John Estes, Gary Davis, meeting Hubert Sumlin and playing his Fender Zebra guitar, I could go on & on...

Are there any memories and experiences from Eddy Boyd, Big Joe Williams and Billy Boy Arnold?

Not many memories about Eddy Boyd, I was supposed to play all the guitar parts but Eric Clapton turned up so I only played slide on a couple of tracks whereas I was asked to play on every track on ' Checkin' it out for Billy.

What are some of the most memorable tales from JoAnn Kelly, Alvin Lee and Rolling Stones?

I 1st met JoAnn in a local jazz/ blues record store called the 'SwingShop’ she was buying a Howling Wolf album, I thought "I need to know this woman!"

We played at Bunjies, a coffee bar in Soho, London where Lou, the owner used to give us Ski yoghurts when we finished playing and wipe the tables with a wet cloth which he used to throw on the tables if he thought we should leave, we knew he was in a bad mood depending on how hard he threw them!

First time I met Alvin was when he came into our dressing-room after he had slugged us off in the Melody Maker in a feature called ' Blind Date, he was so tall!

When we played Bristol Colston Hall with the Stones I needed to plug in my soldering iron to fix my amp, I knew there was only one mains point back-stage, so I took my amp and iron to this room, the door was slightly open so I pushed it it felt heavy so I pushed it harder and I saw a white powder floating down Mick & Bianca had been snorting coke behind the door! I don't know how much flew up in the air but they saw the funny side of it. 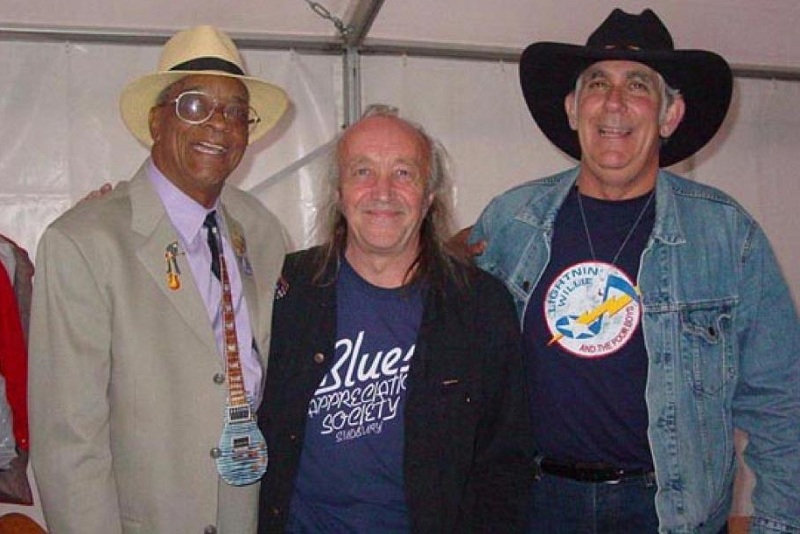 "Life itself, all the kicks in the testicles, the ability to take them and keep smiling!" (Photo: Tony McPhee with Hubert Sumlin and friend)

Has to be John Lee Hooker and Hubert Sumlin (playing without a pick).

What are the lines that connect the legacy of Cyril Davies and Chris Barber with Muddy, Wolf and your generation?

They go back to slavery, when people used music to communicate, entertain themselves maybe even send messages that wouldn't be understood by their 'masters' through to the 20th century mainly just to entertain and tell stories mainly of unrequited love to the 21st century where what has survived all these years in roughly the same format it's an accessible music, simple but honest.

When we talk about Blues usually refer moments of the past. Do you believe in the existence of real Blues nowadays?

As long as there are people who 'understand' what is necessary to play Blues and as long as there’s guitar players and guitars, there'll be real blues.

What from your memorabilia and things (photos, records etc.) you would put in a "capsule on time"? 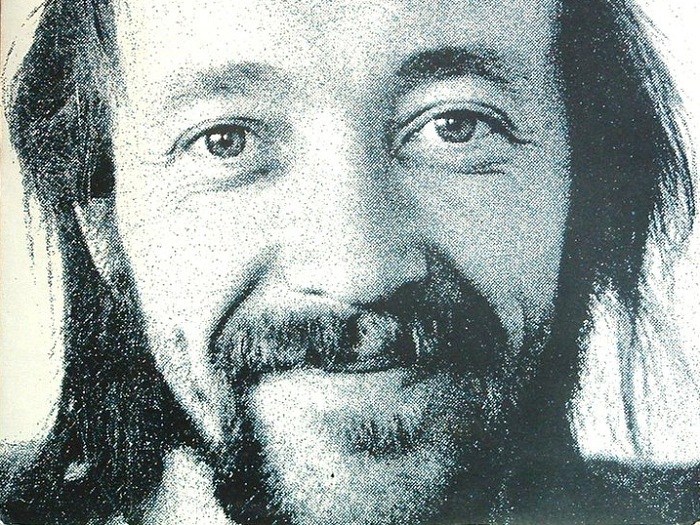