Tampa Blue: Walking with the blues

Tampa Blue's music is based on the blues and spirituals he heard growing up outside of Birmingham, Alabama. He established himself as a blues artist in Florida during the 1980s where he was that state's first Master Artist of the Blues for the NEA's apprenticeship program in 1991. He was also the Pioneer Florida Old-Time Music Champion for Finger-Pick Guitar in 1990. 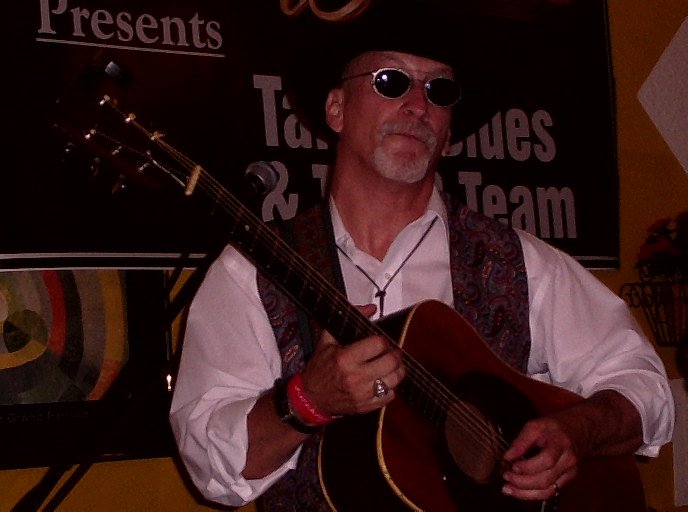 When asked what kind of music he plays Blue once replied, “Traditional, acoustic, Delta, slide, Piedmont, finger-style, Southern rural, pre-war, country, pre-electric with a touch of spirituals, hollers, rags and American finger-style guitar seasoning.”
Over the past 25 years, Blue has played from St Louis to Miami, Jackson to New York and sold his independently produced tapes from Hong Kong to Prague. If you like acoustic blues and finger-style guitar you will love the bite in Tampa Blue’s style!

Blue, when was your first desire to become involved in the blues & who were your first idols?
I always wanted to play music but my family did not support that when I was a kid.  I started playing a bit older than a lot of folks.  When I did I knew I didn't want to be a jack of all trades and a master of none.  So, I picked the music I had heard growing up in Alabama, the blues, to focus on.  My very first influences were Jorma Kaukonen and Mississippi John Hurt.

Do you think that the blues comes from the heart, brain or soul?

I can only answer that for myself.  For me, the blues from from  the heart and soul.  I sometimes try to use my brain to get it right but it comes from some place inside me. 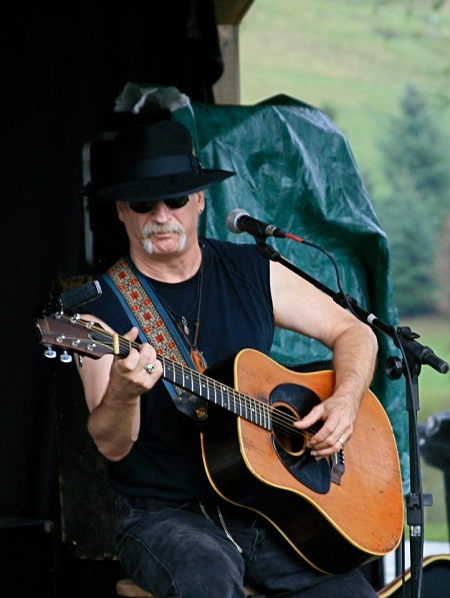 What characterize the sound of Tampa Blue? How do you describe your music philosophy?
Rock solid bass, robust slide and graceful finger-style with subtle dynamics.  My music philosophy is probably just this, entertain yourself first with what you love, stay faithful to that and look for the audience that appreciates it.

Which was the best moment of your career and which was the worst?
There are too many great moments to pick just one but the worst is easy.  Years and years ago when I was still really green, a band I was in was played for two drunken softball teams.  Our strongest applause was when we announced we were going to take a break!

What experiences in your life make you a GOOD musician and songwriter?
Any skill I have as a musician that comes from life experiences is the experience of practice, over and over, plain dumb work and tenacity.  I'm not a prolific songwriter but what success I have at that occurs when I follow the old saw, “Write about what you know about.”  When I write about the honest emotions and the true experiences it generally comes out well.

Do you know why the sound of the reso-phonic guitar is connected to the blues?
I suspect they were first used because they were affordable, rugged instruments that could project over the noise of a jook joint full of conversation, laughter and dancing.  The continued association is based on that long relationship. Plus, they just sound cool and make a great weapon when required. 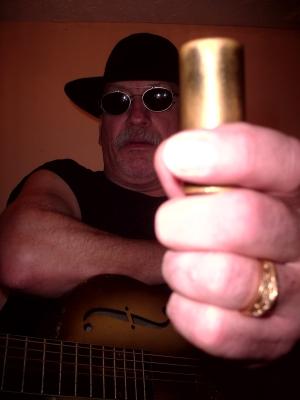 What are the secrets of slide guitar? What does “Traditional Blues” mean to you?
There are three secrets to slide guitar: the human voice, open tunings and practice.
I think the safest definition for traditional is “older than one generation.”

How/where do you get inspiration for your songs & who were your mentors in songwriting?
Life is the inspiration.  The closest to a mentor was an experience I had meeting and getting to know a guy named James “Sparky” Rucker.

Do you think the younger generations are interested for the folk blues?
There isn't a shortage of young players as much as there is a shortage of young audience.  The challenge is to present the blues in such a way that young folks appreciate it.  I find that a lot of time they will if they take the time to listen.  Many folks seem to have a very narrow view of the blues; once they realize that a big umbrella it is they frequently find a blues style that they can enjoy.

Some music styles can be fads but the blues is always with us.  Why do think that is?
Music needs to connect with folks at a personal, emotional level to succeed.  Blues deals with universal emotions.  Listen to a blues song.  If you aren't living it then you have or know someone who has well enough to imagine living it yourself. 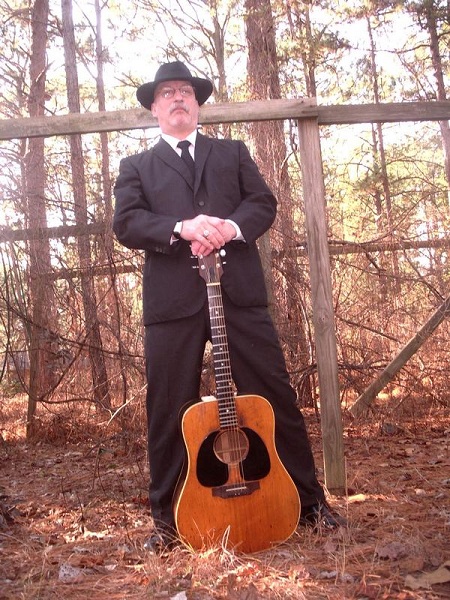 What is the “think” you miss most from the “Original folk Blues era”?
My youth.

From whom have you have learned the most secrets about blues music?
Papa Legba

Tell me a few things about your "meet" with Papa Legba...and what do you think of Haitian voodoo culture & how close are they to the BLUES?

Most cultures have someone that fills the role of Legba.  The name you use  is not  as important as the awareness, the willingness and the ability to take advantage of the guidance and opportunities that you receive.  I'm not so sure that there is a relationship between blues and any specific "'religion."  The closest relationship you might prove is the contentious relationship between the secular and the sacred.

What advice would you give to aspiring musicians thinking of pursuing a career in the craft?
Get a plan.

What are some of the most memorable gigs and jams you've had?
I'm playing a small gig.  Me and one harp player.  All of the sudden, Kenny Neal has rushed the stage and is asking the harp player what the key is.  The next thing I know, I have these two tremendous harp players trying to cut head with me in the middle.  I had to do some stretching to keep up with them.  Great experience!

Which of historical music personalities would you like to meet?
I'd really like to meet Henderson Chatmon, Charlie Patton and Johnny Shines.

What would you ask Bukka White? How you would spend a day with Son House?
Not a huge Bukka White fan so I would be more interested in information he might have about Charley Patton.  With Son House I would just like to sit and play but I would also want to learn more about Willie Brown from him. 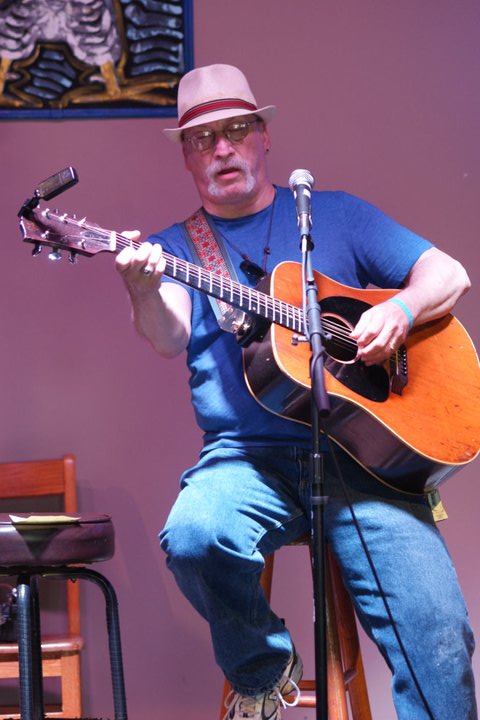 Is there any similarity between the blues today and the “BLUES OF THE OLD DAYS”?
This is an awfully broad question.  The blues started before electric guitars.  We've had well over a hundred years of blues development and history.  Of course there are some significant differences but I think that, on balance, there are more similarities.  Again, it's a big umbrella.  Heck, there are a lot of differences and similarities just between the different styles today!  But, I think, the most important elements and the most important emotional connections are still there with very little difference.