An Interview with west coast harp/singer & showman Jumpin Jack Benny: I can perform the blues and I let my soul bleed

"Through the blues you can hear life’s heartaches with it’s up and downs."

Entertainer extraordinaire -Jumpin Jack Benny is one of the most entertaining acts in the music industry today. Audiences are amazed by their show stomping performances. Benny Cortez brings his M/C-animated-Hi Energy Blues to the stage reminiscent of the great 1950's rock & roll performers with smoking hot guitar work from Tony “Fingers” Naranjo. 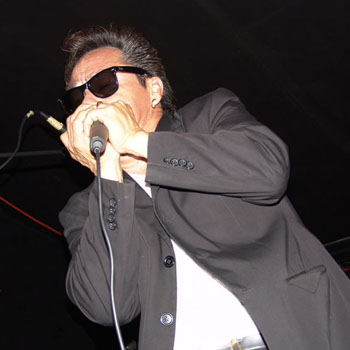 When was your first desire to become involved in the blues, who were your first idols & what does Blues offered?
I heard a Paul Butterfield album, he had a great harmonica feel and great vocal line.
Koko Taylor, Stevie Ray Vaughn, Paul Butterfield, Albert Collins. Blues has offered a great musical format to really let your soul express itself.

How do you characterize your sound and progress?
Hi energy Blues with dynamic showmanship to match.  The band is receiving rave reviews and airplay in the U.S. and Europe. 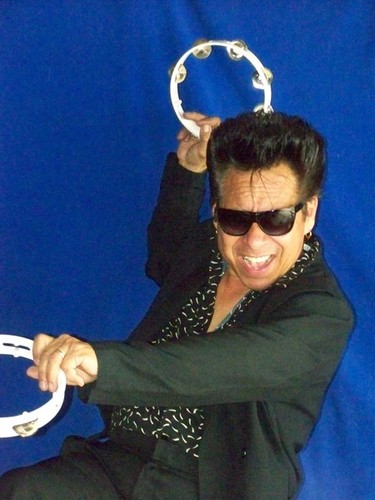 From whom have you have learned the most secrets about music?
All the blues greats, who pioneered the sound and style to be creative and draw from.

Where did you pick up your HARP style & why do you play HARP?
I started playing harmonica back in 1971.  I listened to the greats such as Little Walter, Sonny Boy Williamson, Paul Butterfield and Mark Ford. Love the instrument it is the sound of the blues.

I wonder if you could tell me a few things about the story of nickname “Jumpin Jack”
A band mate of mine from a band we were in together called “The Mudslingers” gave me the nickname because I’m always dancing , spinning and boppin on stage like a Jumpin Jack.

What do you learn about yourself from the blues, what does mean to you?  How would you describe your contact to people when you are on stage?
I can perform the blues and I let my soul bleed.  There has been many occasions where I pull up as many fans as possibe on stage, as they dance and sing along!

What compliment do you appreciate the most after a gig?
That we put on a great fantastic show, why aren’t you guy’s playing in Las Vegas?

Which is the most interesting period in your life and why?
In the 1970’s, I was totally hippied out!

What experiences in your life make you a GOOD BLUESMAN?
Life’s ups and downs have offered a way to express the feeling of the blues on stage. 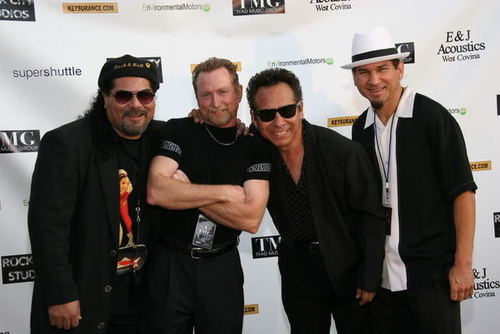 Tell me about the meet of The Jumpin Jack Benny Blues Band. How did you get together and where did it start?
There has been many incarnations in the past. But when I got together with Tony Fingers, who I knew from way back, we put the best musicians together that transformed our sound.

Are there any memories from The Jumpin Jack Benny Blues Band, which you’d like to share with us?
Yea like the time I was on stage and I  jumped up, came down with my tamboreen , hit the floor as I was doing the splits, I ripped my leather pants right  down the middle where Jumpin Jack Jr. lives!

Do you have any amusing tales to tell of your recording time with the band?
There had had so much fun, time went by really fast even though we had been there for hours.

Which artists have you worked with & which of the people you have worked with do you consider the best friend?
Jumpin Jack Benny Blues Band, have collectively toured/recorded with  Little Milton, John Mayall, James Cotton.  Drummer Sal Rodriguez from WAR is a good friend of mine. Also keyboardist Martin Gerschwitz for Iron Butterfly. Chris from Big Papa & The TCB  along with Mike Stover from B.B. Chung King are close friends who have been very supportive. 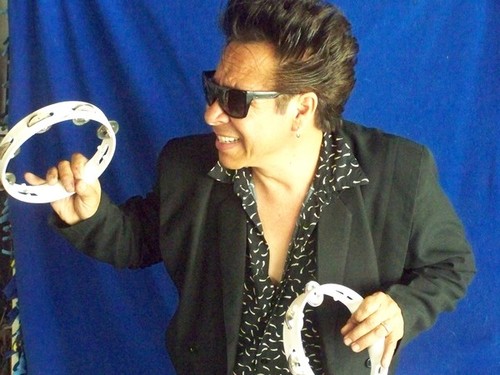 Which was the best moment of your career and which was the worst?
Hearing 5 of my songs in a row on the radio with a room full of friends. Not many bad moments. Accept the night I did the splits and tore my pants open…

What’s the best jam you ever played in? What are some of the most memorable gigs you've had?
We co-headlined a New Years Eve Show at The Taste Of Texas in L.A., with the 44’s, L.A. Jones, Finis Tasby, Johnny Dyer. Rod Piazza was on top of the bill. We had an all star jam at the end of the night. Performing at B.B. Kings Nightclub, and the Fender Center For Performing Arts were also great shows!

Some music styles can be fads but the blues is always with us.  Why do think that is? Give one wish for the BLUES.
Through the blues you can hear life’s heartaches with it’s up and downs. The heartache of the blues is something everyone can identify with. One wish I have for the blues is that the Jumpin Jack Benny Band will make the blues more popular than ever before!

Any of blues standards have any real personal feelings for you & what are some of your favorite?
“Last Night” by Little Walter,  “You Got Me Runnin” By Jimmy Reed. “The Thrill Is Gone” by B.B King.
While not necessarily  considered classic blues, anything by Stevie Ray Vaughn because I like his delivery on the the covers he did by Albert King and others. Real emotion! How do you describe your partners of The Jumpin Jack Benny Blues Band?
Let me start of with Tony Fingers, besides being a fantastic guitar player, he has done great things to put Jumpin Jack Benny on the map. Before Tony there was no website, and no CD. He gave me the motivation to go into the studio and show the world what we are all about. Tony has done a fine job producing our debut CD. We put together the cream of the crop of musicians, who are committed to our style of the blues. We have a special chemistry together. Each band member has a unique gift that contributes to the overall sound. The band is so tight that Tony and I can really have some spontaneous musical journeys together.   We are serious about what we do, but can easily crack a joke at the spur of a moment.

What characterize the sound of L.A. blues?
Well Los Angeles has been a home of the blues since the 1940’s when a migration of the Black population exploded. The most famous being T Bone Walker.  Much of his material had a distinct jazzy jump blues feel.  And you can hear it today with the likes of, James Harman, White Boy James, Big Papa & TCB, Mojo Prophets to name a few.

Is there any similarity between the East and West blues scene?
They both party to the wee hours of the morning. Swing like T-Bone and pick like Blind Boy Fuller.

What advice would you give to aspiring musicians thinking of pursuing a career in the craft?
Stay away from drugs. Get high on the music and dance. Find a woman who won’t be jealous or hold you back from pursuing your dreams. Find out all you can about the business, and promotion.  Constantly be making contacts, network, talk to other bands that are succeeding. There are services out there that will promote for you as well. 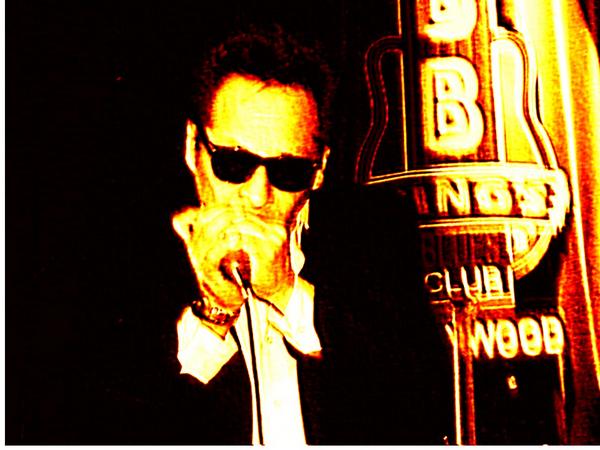 Do you know why the sound of harmonica is connected to the blues?
Because it was the easiest instrument to to carry and play while working on the plantation picking cotton.

What are the secrets of blues harmonica?
By learning from the old greats. They set the standard for generations. Practice simple patterns. Then connect them together. Once you got that. Play in the dark with your favorite blues tracks and let your imagination take over.

Which of historical music personalities would you like to meet?
Let’s see I met B.B. King, and John Mayall already. Mark Ford is one of my favorite harmonica players I would like to meet.

What is your “secret” music DREAM? What turns you on?
Play for the Grammys. Happiness is…… Beautiful Women & New Castle. Hot pussy and a cold beer!

What are your plans for the future & do you have a message for the Greek fans?
To tour in Europe, and meet the beautiful Greek women and fans.