"The blues is timeless music because it tells the story of everyday struggles that are as true today as they were in the past."

Haunted Blues, Back to Roots

Fortunately the pure Blues is alive, the guitarist, Matt Baxter, and blues singer and bassist, Jake Sampson, have collaborated to create an authentic delta blues album, "Haunted". Jake Sampson and Matt Baxter evoke the spirits, power and memories of pre-WWII bluesmen such as Son House and Bukka White on these ten originals, and the results are fairly astounding.  Detroit native Jake Sampson has a voice that sounds like a mix of Taj Mahal, Guy Davis, and John Lee Hooker, and Baxter’s dobro work makes the perfect statement on every cut, every time. 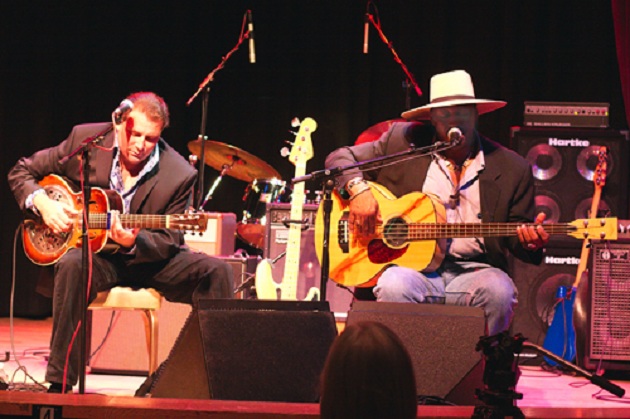 The genre that people refer to as the “real” blues is known as country blues or delta blues. The style almost always consisted of the artist with only an acoustic guitar accompaniment, and was popular in the 1920’s and ‘30’s. After artists started using the electric guitar in blues recordings, the delta blues style was largely abandoned in favor of styles that accented the electric guitar. Over the years Baxter has worked with a vast array of artists, both on stage and on record, from Prince Buster and Longhorn Slim to Procol Harum’s Gary Brooker and Guy Davis. Like innumerable Motor City musicians, Sampson paid his dues playing in R&B groups opening for vocal groups like the Spinners.

Matt and Jake talks about this project and their experiences on the blues paths.

Matt: Playing the blues and guitar in general allows me to express my feelings. So the music helps me to stay centered.

When I was a young boy my Mother brought home Lightnin Hopkins Country Blues album. Something about his voice and guitar playing just made me feel at home. I played that record over and over and learned to play guitar by playing along with that him.. That was a very important time for me.

Jake: The blues is my heritage - I cannot separate myself from the blues. Its how I express myself. My dad introduced me to the blues and gave me a picture of him and B.B. King in 1965 at the Flame Show Bar in Detroit. 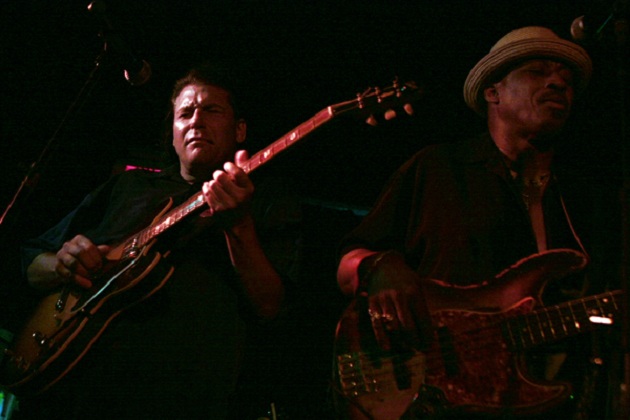 "Playing the blues and guitar in general allows me to express my feelings. So the music helps me to stay centered."

What experiences in life make you a GOOD BLUESMAN? Which is the most interesting period in your life?

Matt: I like to say “you are what you play” I feel like my whole life has formed the way I play. The most interesting period in my life is right now. I am making great music with Jake and my life with my family on the Baxter Ranch keeps me very busy.

Jake: I became a blues man at the age of nine when my dad no longer lived with us and I had to grow up fast helping my mother with the bills.

Matt: I have learned what I know about Blues from listening to the great originators of the art form and living my life. I remember being about 13 years old and a friend of mine asked me how I could tell one guitarist from the next. For me it was easy, everyone of the greats has his or her own personality and style. I tried to learn everything I could about each musician and what they played.

The best advice I ever got is to breath when you play, play like you talk and play from your heart.

Jake: The best advice I was given by older musicians when I first jammed with them was to be true to myself and play what I felt.

How do you describe your sound and what characterize Matt Baxter & Jake Sampson’s philosophy? Matt: We play simple honest music featuring Jakes voice my guitar. We try to make it sound like one instrument.  Our goal is to make music that lets the listener in on what we are feeling. I think we succeeded with Haunted.

Jake: It is a spiritual sound from the past created by Matt's slide guitar and my vocals reminiscent of the southern blues of the twenties and thirties.

Are there any memories from recording time and shows with Matt Baxter which you’d like to share with us?

Matt: I really had a ball making "Haunted" with Jake. We are a very easy fit musically , so all we really had to do was capture the feeling of each song.

We would play the song and then I would tell Jake we were done and he was always surprised that we were finished.  I am very lucky to have Keith Cary working on my Instruments and Skip Simmons working on my tube Mic pre amps and Guitar amps so the technical side of producing this record was very easy.

Jake: Recording at Matt's studio at Baxter's Ranch was very relaxing and I think that really comes across in our performances.

What the difference and similarity between Acoustic Blues and Electric Full Band feeling?

Jake: There is alot more space when Matt and I play together than with most electric bands .I can hear every inflection of what Matt plays and I sing. We have to be really focused because its just the two of us.

Which memory from Double Trouble and Debbie Davies makes you smile?

Matt: I really enjoyed working with Debbie Davies and Double trouble in Austin. What a great music town! We were recording at Willy Nelsons old pool hall and staying at the Austin Motel by the continental club. 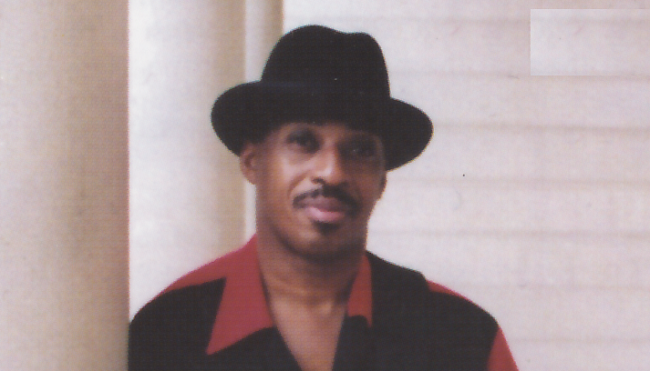 "The best advice I was given by older musicians when I first jammed with them was to be true to myself and play what I felt."

Would you mind telling me your most vivid memory from James Jamerson?

Jake: James Jamerson was a tremendous influence in my musical career.  He was the principal bass player on all of the Motown hits.  He changed the way people played the bass because of his melodic bass lines.

From the musical point of view what are the difference and similarity between Ska, Jazz, Blues, Rock and beyond?

Matt: Music is music - hopefully it conveys feeling - the best of all these styles has the power to make people feel their feelings and that is why music is the International language.

Matt: The best Jam I ever played is hopefully the one I am playing today and tomorrow. I try to look forward instead of backward. Two of my favorite gigs that Jake and I played were The Little Fox Theater for the Golden Gate Blues Society and Yoshis in Oakland. Both those venues are perfect for us because they are very intimate.

Jake: I loved playing Monterey Blues festival and the USO in Japan, the Estafe in the Netherlands.  I really enjoyed my first gig opening for the Spinners at Michigan State, playing with Pinetop Perkins and Eddie Kirkland at the Central Valley Blues Festival.

Which meetings have been the most important experiences for you? Would you mind telling me your most vivid memory? 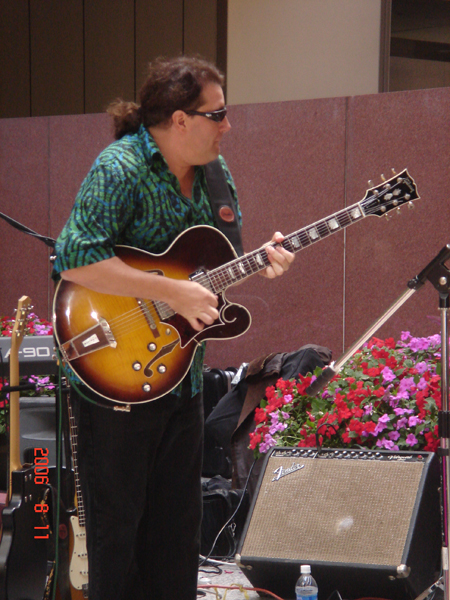 Matt: I think the biggest experiences for me fall in to different categories. For instance playing my first really big gigs was very exhilarating, producing great records  are very bright moment and having my family with my lovely wife Jaime has made me a much better man. I think my earliest memories are still the most vivid for me. I remember falling to sleep listening to my mother sing to me, and that has always been with me.

Matt: I think Blues music has persevered because at its core it’s goal is to tell a real story and that is timeless.

My hope for the blues is that it continues as an art form and continues to touch the hearts and souls of its listeners.

Jake: The blues is timeless music because it tells the story of everyday struggles that are as true today as they were in the past.

Matt: One of my favorite moments for me was the first time I played the Monterey Jazz Festival. It was one of those gigs that I had always wanted to play. Although we had been on the road and were really worn out, I was able to be present really enjoy the set.

I think the worst time for me was having my first really good Stratocaster stolen outside of Ronny woods Club in NYC.  I really felt like a part of me was stolen that night.

Jake: I have always wanted to be not only a good musician but a composer as well.  The best moments of my career were during the creation of "Haunted" with Matt Baxter and "Three Shades of the Blues" on my own.

Do you know why Motown is connected to the Soul Blues scene?

Jake: Because many of the Motown musicians came from the South and brought that blues sound with them. 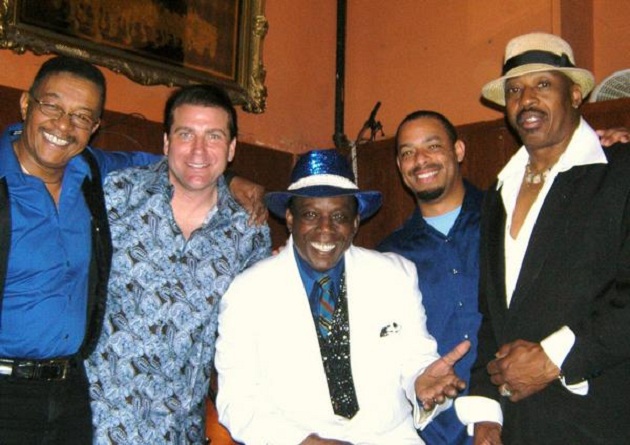 "Music is music - hopefully it conveys feeling - the best of all these styles has the power to make people feel their feelings and that is why music is the International language." (Photo: Tony Cook, Matt Baxter, Curtis Lawson, Simon Russell, and Jake Sampson)

Do you know why slide and resophonic guitar is connected to the Blues? What are the secrets of?

Matt: The reason Slide guitar is so vital and connected to the blues for me is because you can make it sing like a voice with all the inflections and microtones of a human voice, a wolves cry or just about anything in between.

The resophonic guitar just emphasizes those qualities and is the perfect foil for a great blues singer. My guitar of choice with Jake is a 1938 wooden body Dobro.