Doyle Bramhall, a Stevie Ray Vaughan collaborator who wrote or co-wrote some of the most recognizable blues songs of the '80s including The House is Rockin', has died. He was 62. A friend of Bramhall’s said the Dallas-born singer, drummer and songwriter had been suffering from pneumonia recently, but no official cause of death has been released.

Bramhall’s career spanned more than 40 years, during which he provided the beat and the lyrics for a modern sort of rocking blues. Outside of Texas he was probably best known for his work with Stevie Ray Vaughan, who recorded numerous songs written and co-written by Bramhall. In Texas he was a draw on his own, a band leader with a gritty and soulful blues voice that greatly influenced the way Vaughan sang. 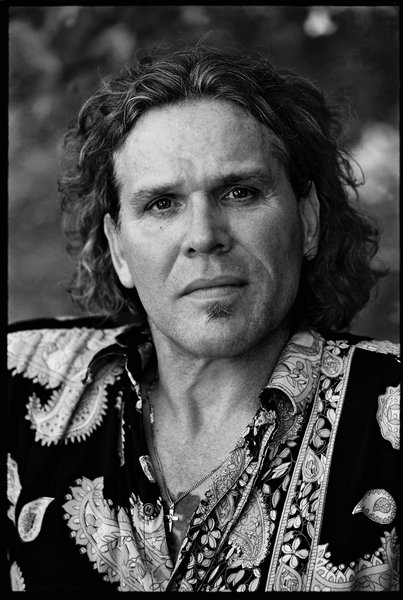 Bramhall was born on Feb. 17, 1949, in west Dallas. He said his older brother was an early influence on his musical tastes. “In the early ‘60s he had four or five friends who’d come over and listen to these great old blues albums,” Bramhall told me in 2007. “I’d sit outside his bedroom door and listen to Muddy (Waters) and B.B. (King) and Lightnin’ Slim and Lightnin’ Hopkins.”

In high school Bramhall started a band, the Chessmen, with Jimmie Vaughan on guitar; they once opened for Jimi Hendrix when he played Dallas. “I looked over and the three of them were were moving their feet and snapping their fingers,” he said.

By the ‘70s Bramhall was keeping the beat in Texas Storm, which featured both Vaughan brothers. The period was one of great creative growth for all three players, as they found eager audiences in Austin for their fiery update of the blues. The sound they created would end up making Stevie Ray an international star in the ‘80s. “We were both aware of wanting to show our influences, but stretching it out a bit,” Bramhall said.

An early song they collaborated on, Dirty Pool, ended up on Stevie Ray’s 1983 debut album Texas Flood. Stevie Ray would record numerous other songs that Bramhall wrote or co-wrote with him, including Wall of Denial, Scratch-N-Sniff, Tightrope and The House Is Rockin’. One of Bramhall’s finest compositions, Life by the Drop, documented the different directions their careers took.

Its title also referenced the struggles both men had with addiction. Bramhall has said he spent much of the ‘70s and ‘80s drunk or high. He came out of it alive, though, and in 1994 he finally released an album as a band leader. Bird Nest on the Ground was worth the wait, an exquisite recording of rocking blues that featured Bramhall’s son, Doyle II, on guitar.

In 2003 Bramhall released Fitchburg Street, its title a reference to his early days performing in Dallas. The album featured Bramhall’s hard-driving version of Life by the Drop (Stevie Ray's take was acoustic and quieter), along with nine songs by some of the blues players who influenced him. His 2007 album, Is It News, earned Bramhall a Grammy nomination.