"Sometime I wish that blues lineage had more space and people could feel the difference."

In Paris one of the most popular blues capitals in Europe, Jean Pierre Duarte is one of the hardest working musicians in France. Having worked as a guitarist but also as tour manager with Tempo Blues Booking Agency, for the late U.P. Wilson, Keith Dunn, Eddie Bo (the hook’n’sling) from New Orleans, Leon Blue (Ike & Tina Turner), Gene Taylor (Canned Heat, The Fabulous Thunderbirds), Paul Oscher (Muddy Waters) and Eddie C.Campbell…

Jean Pierre Duarte, is one of the best kept secrets of the city of light "La Ville - Lumière". His love for music and especially about the blues, is the power and sensitivity for all he has done. In a few days he will be at the stage of "Half Note Jazz Club" performing with the Jody Williams Blues Band. 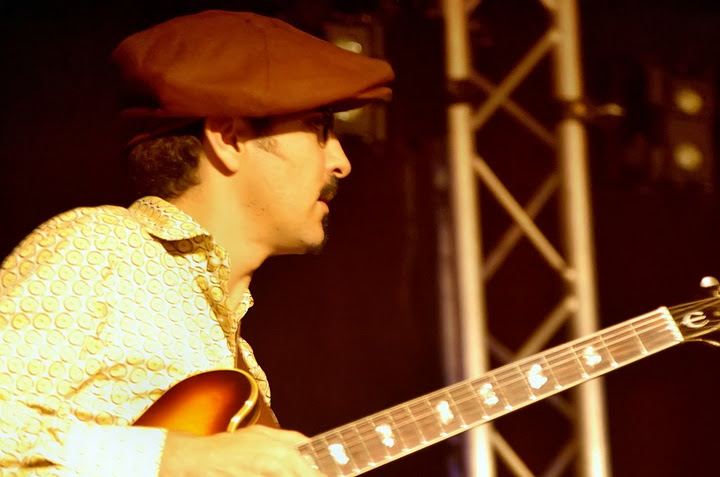 Jean, when was your first desire to become involved in the blues?

Well, it’s not something you decide or you plan, it just happens. When I was a kid I thought that Blues was a music from the past and that I wouldn’t be able to see it live or find people to play with. I did find some partners but even then, I didn’t think of making a living out of it. When I met Stan Noubar Pacha, one of the top blues-guitar players in France, I realized that making a living playing the Blues might not be easy but at least seemed possible. Stan was a living proof. Anyway, everything I’ve done led me this way. I kept on playing music while going to school, while doing other jobs and then it happened.

The first blues gig I went was a blues night featuring Larry Garner, Billy Branch, Joe Louis Walker and Clarence Gatemouth Brown, Gate was amazing as he usually was. 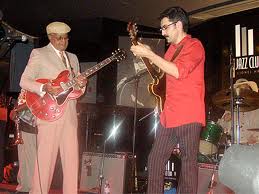 Which of the people you have worked with do you consider the more fun?

They are all fun, Blues people are not sad people. With some of them, I had more fun because we spent a lot more time together and became closer U.P. Wilson, Eddie C. Campbell, Eddie Bo, Paul Oscher, Leon Blue…

The best moments are when musicians I respect show me their trust. The worst moment was when U.P. Wilson passed away, it was unexpected. He seemed so strong to me.

By playing music I’ve discovered than the first limits I had were in my mind and if I could break them I could tend to my real limits.

Well, I used to be kind of a shy guy, so as a backing musician I got used to stand in the back and I like it. I did my first concert with my back turned to the audience, lol, fortunately I don’t do that no more. I like establishing contact and exchange with the audience.

Every time I’m on tour because it’s what I like, what I’m meant to. How was your time on stage with Eddie C Campbell and Eddie Bo?

I was not supposed to play with Eddie Bo, he got me on stage and I ended up working four years with him. I’ve learned a lot with him not only in the music field. He was really wise and very sharp. He always pushed me so I could go further, he was very positive. It was a lot of fun but scary too, because I learned a lot of the stuff he played on stage, I had never heard those songs before and didn't know about some jazz tricks he was used to put in his music. It’s a valuable experience.

Eddie C.Campbell has a different approach of its music, it’s still a lot of fun to play with him and it’s what I always wanted to play.

What would you had given to Screamin Jay Hawkins?

I would give him a tutorial book about Houdini tricks. I heard he used to appear on stage being hidden in a coffin, it seems he stopped doing it since some guys played him a trick by locking him up inside…

Is there any similarity between the blues today and the blues of the ‘80s & ‘90s in Paris?

I don’t know much about the blues in the 80’s in Paris, I was too young by then. Actually, it seems we have more and more bands in Paris and in France. Cds reissues done in the 90’s & 2000’s by Ace and other labels have brought a lot of material to our ears. Those recordings made a lot of babies in France and around the world, so we have a lot of different bands playing different styles. In Paris, by the mid 90’s, most of the bands you could step on, except a few, were Jimmy Hendrix and Stevie Ray Vaughan copy cats. When you could step on a blues band, they were mainly influenced by the three Kings or Albert Collins. We may have a wider panel of genres by now. But I may be wrong, I don’t pretend I knew all the bands playing around at that time.

What is now the most popular blues bands in france?

I don’t know who the most popular band in France is, but I can tell you the ones I prefer:  Nicolas Duportal, Arnaud Fradin’s Malted Milk and last but not least Yousseff Remadna.

What is the most popular blues club in France and why?

The Lionel Hampton Jazz Club; It may not be the most popular but the most renown because the list of blues musicians who played there for more than thirty years is endless (BB King, Fats Domino, Ike Turner, Wayne Bennett). It may also be one of the oldest club in France as far as blues is concerned. The one I prefer is in Belgium, it’s called the Banana Peel, it’s probably one of the oldest blues club in Europe. They started around 1966. The audience is made of connoisseurs; I really love when we play there. 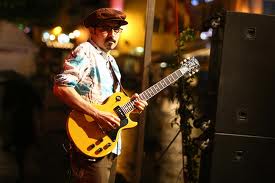 Tell me a few things about France blues scene.

We have plenty bands and an active scene. You should check the musicians I’ve mentioned.

Music with style, some Jody Williams licks for instance.

Rock, Rock Blues took over blues and its lineage. Sometime I wish that blues lineage had more space and people could feel the difference.

I spoke with Otis Rush on the phone, but I’ve never met him, I’d love to, same thing with Bobby Bland. If you want me to write that list down, it may take a while. Most of them are dead now.

Do you know anything about Rembetiko aka Greek blues music?

I don’t really know about it but I’ve heard some, I had a Greek girlfriend who took me to a concert once. Can you get me to one too?

I can listen to different things, blues of course, Jazz, Funk, New Orleans, old Rhythm & Blues, Soul, Reggae, old Fado or any music that has a “traditional” or roots flavor before it has been exposed and mixed with other styles. 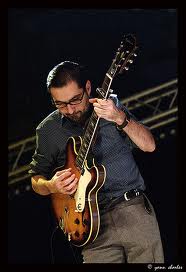 What are your experiences of the concerts in Greece?

I’ve played the Half Note, I played in Crete, it was fun, we had such good food in Crete, I want to go back there, I miss it.

Come and have fun with us, let’s build a world of ours.

Do you want to change something in the blues?

Is there something to change?

I do have a lot of respect for a lot of musicians but I’ve never wanted to become like one of them particularly. What I do like in Blues and Jazz is the ability of musicians of having their own inner voice when they express themselves with their instrument or vocal. That’s all I’ve ever been looking for.

Many musicians took Paris or some other European cities for home because they were fleeing segregation. They felt they had better respect in here. Memphis Slim, Screaming Jay Hawkins, Luther Allison, U.P. Wilson settled in Paris, Eddie Boyd in Helsinki… Sonny Boy Williamsons’s dream was to make London his home, he did a song about it.

Keep on touring, I’m working on a project for summer 2012, I’d like to add horns to the line up, let’s hope it will work.