"Blues is an expression of a person’s deepest emotions. You can’t really listen to the blues without reflecting on your own situation to some degree."

His love of music began at The Boston Tea Party nightclub on Berkeley Street in Boston back in the late 1960's where he discovered many famous and soon to be famous bands and players like The Who, Mountain, Jethro Tull, Ten Years After and Eric Clapton. His love of music led him to discover the blues in the 70's when he saw the great Muddy Waters at Paul's Mall on Boylston St. in Boston. This was the beginning of his passion for the blues that continues to this day. During the late 80's with the opening of Nightstage in Cambridge there was a continual parade of wonderful artists almost every weekend to satisfy his endless craving for new musical experiences. 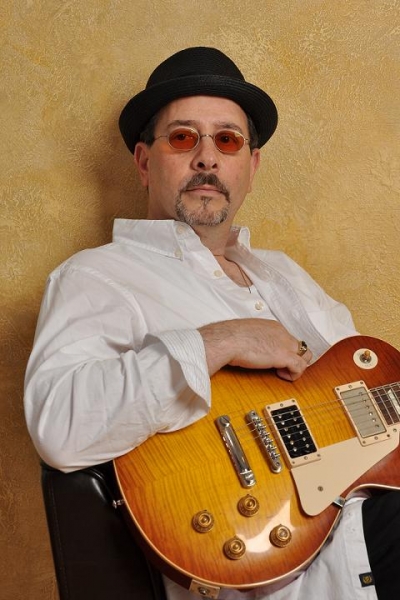 It was at this time when he first saw Ronnie Earl who had taken over the guitar seat for Duke Robillard with Roomful of Blues at a performance at Nightstage. He had never seen a guitarist play with such passion and soul and made up his mind right then and there that he had to meet Ronnie and somehow try to unlock the secret to playing guitar like that. With a lot of luck and some determination finally managed to sit down with Ronnie in his small apartment in Waltham to learn some of the basics. Their spent many hours on his couch playing blues and listen his record collection. Sometime were joined by Jerry Portnoy, who lived upstairs, on harp during impromptu jams.

He met many other wonderful artists through his association with Ronnie, like Albert Collins, Wayne Bennett, Duke Robillard, David Maxwell, Sugar Ray Norcia, Anson Funderburgh, Sam Myers, Jimmie Vaughan and Stevie Ray Vaughan. Each of these people widened his appreciation of the blues and some even gave him advice or something new to learn on his instrument. He considers himself truly blessed and grateful that he has been able to meet and be around such wonderful artists. He continue this journey and love affair with not only blues but all types of music daily and hope that he will continue to grow musically and as a person in the future. After having spent more than twenty years playing with some of Boston's best local blues bands and studying with great bluesmen, Stevie releases his second CD "Juke Box Baby" produced by Duke Robillard, with Duke adding his guitar talents to several tracks.

I think that my first exposure to blues of any kind was from British invasion bands back in 1968 or so. It was definitely guitarists like Eric Clapton in Cream and Jimmy Page in Led Zeppelin and their versions of classic blues tunes that first turned me onto the blues. From there I started to listen to B.B. King and Albert King, which of course led me, deeper from there.

Blues is an expression of a person’s deepest emotions. You can’t really listen to the blues without reflecting on your own situation to some degree. 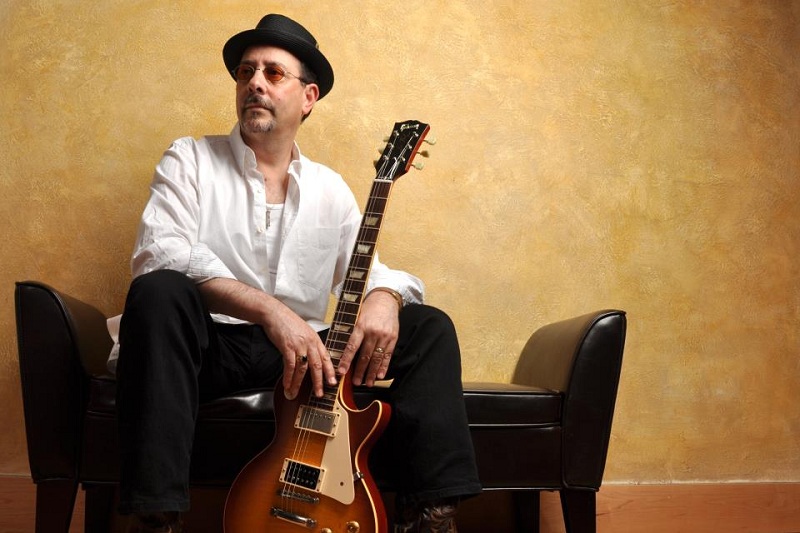 Well….I’m not sure if I can comment on myself, but I think in general you have to have matured somewhat before really being able to write a good blues song. I’ve watched some really good, young blues guitarists over the years who have a lot of talent, but it was only when they got older and matured that their true abilities as a blues guitarist or songwriter came out.

How do you describe Stevie Silver sound and progress, what characterize your music philosophy?

Over the years I’ve tried to improve technically and sonically. As I listen to other players I learn from them and try to make the parts of their playing integrating into my own style. But in the end, I think that the most important thing I try to do is to play with soul.

I have been very lucky being able to hook up with Ronnie Earl very early in my playing. Having him teach me directly and just in general being exposed to his world gave me a unique opportunity to learn from the masters.  I sat in his apartment literally for weeks on end just playing Jimmy Reed style marches until Ronnie felt I had it down just right. I never would have spent that kind of time on a seemingly simple riff (that actually is not simple if done right) without him sitting beside saying…”Do it again…!” 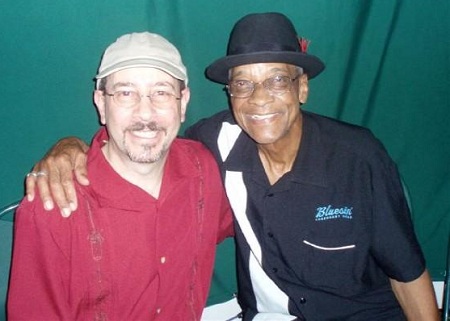 Well, I’ve had some really great moments over the years……and hopefully more to come. I really enjoyed opening up for some great bluesmen recently, such as Taj Mahal and Johnny Winter. But also, just being able to hang out with great bluesmen such as Hubert Sumlin, Wayne Bennett, Jimmie Vaughan and Stevie Ray Vaughan are memories that really stand out. I have not had any really bad moments yet…..I just love getting up there and playing…..anywhere…anytime.

What's been their experience from Boston’s local bars back in the late 1960's?

In the late 1960’s I spent time seeing bands at The Boston Tea Party, which is now the House of Blues. It was completely different back then. There was no “Big Business” element to rock and blues music. We paid $3 to see great bands and sit on pillows on the floor. Sitting just a few feet in front of Peter Townsend or Eric Clapton is something that couldn’t be done today….without spending thousands of dollars.

What is the “feeling” you miss most nowadays from the Blues and Rock music of past?

That’s a tough question. There are some really great blues and rock musicians right now. Joe Bonamassa comes to mind. He has fused great blues with great rock. I think the obvious answer to this question is that the blues of the 60’s was just being exposed to white audiences who had never had the chance to hear blues music before, as it was previously considered “race” music and not marketed (or accepted for that matter) to white audience. This all changed in the late 1960’s. On the rock side, the British blues/rock bands took the blues and did something completely original with it. Nowadays, for the most part what I hear is recreations of what I heard in the 1960’s. There is not much original music nowadays. When I hear really original blues/rock music it just knocks me out.

Are there any memories from Ronnie Earl and Duke Robillard which you’d like to share with us? On my latest CD "Juke Box Baby" (available to download at my website) I had a chance to stand toe-to-toe with one of my biggest influences, Duke Robillard. Trading solo licks with Duke during the recording of Texas Flood was a real high point for me. When I started out over 20 years ago I never dreamed I’d be able to do that.

Are there any memories from Albert Collins, Wayne Bennett, Sam Myers, Jimmie and Stevie Ray Vaughan?

This goes back to my previous answer but when I had the opportunity through Ronnie Earl to meet and spend time with Jimmie Vaughan backstage in the early 1990’s he turned to me and asked me who I what blues artists I listened to…being a little nervous talking to him and wanting to be polite I said…”Well…I listen to you.” He immediately said very sternly….”Wrong…don’t listen to me..” He then proceeded to list off all the great bluesmen that influenced him and he felt were important to listen to. I’ll never forget it. And I took his advice.

I was able to spend time backstage with Albert Collins, have dinner at my house with Ronnie and Wayne Bennett, sit in a club with Sam Myers and Anson Funderburgh (his wonderful guitarist). I will never, never forget meeting Stevie Ray Vaughan backstage at Great Woods (now the Tweeter Center) who when he saw that I was nervous speaking to him took me out in the hallway to just stand there and talk about music and our mutual love of the music of Jimi Hendrix. He was so nice when he didn’t have to.

Which memory from Sugar Ray Norcia makes you smile?

I learned blues at the feet of Ronnie Earl and Sugar Ray Norcia. Every weekend in the late 1980s at various blues clubs in the Boston and Rhode Island area I would go down and stay until the club closed and just soak it up. When Ronnie left the band and was replaced with Doug “Kid” Bangham, who later joined the Fabulous Thunderbirds, I would do the same. Ronnie was also playing just about every week with his band “The Broadcasters.” I would never miss a show….and sometimes…just sometimes I would find myself up on stage with Ronnie backing him up….priceless. 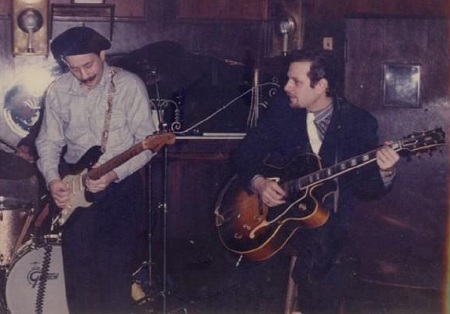 Jamming with Ronnie Earl and The Broadcasters, Sugar Ray and The Bluetones, and more recently with Duke Robillard and his fabulous band.

Hah!! Ok….my advice is to have a fallback career so you can pay your bills. The next advice I would give is to peel back the layers of the music out there. Too many guitarists, when asked who their influences are say the same thing over and over…..Jimi Hendrix or Stevie Ray Vaughan….Great players of course!! But who influenced them is the question that they need ask….go back…and then back again and you’ll really learn something.

Blues will always be with us because it’s truly heartfelt music that speaks directly to our innermost emotions.  I hope that the blues will experience a true revival again soon, perhaps with the help of some younger player, such as Joe Bonamassa, who will revitalize the blues.

Definitely. There are some really great players out there today…Ronnie Earl, Duke Robillard, Joe Bonamassa…just to name a few. 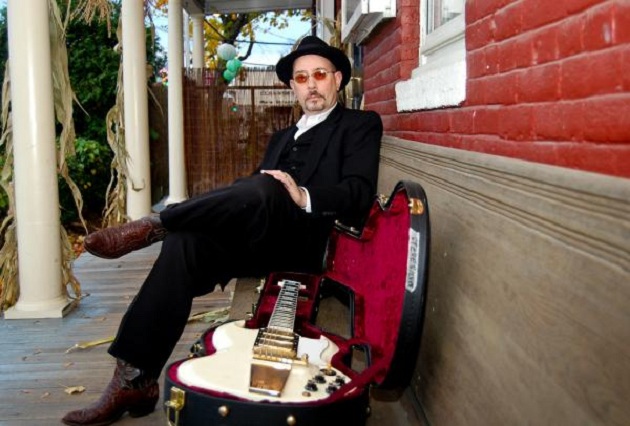 What is the current state of Bostonian scene? What characterize the sound of local scenes?

It is unfortunate that the economic hard times of the last 10-12 years has really hit the club scene in Boston hard. Many of the blues clubs here have closed only to be replaced by disc jockeys and music that appeals to the college crowd. There are still a few places to play but not like before. I hope that changes.

I always try to connect with the audience when I’m on stage. When I can, that makes me truly happy.

Standing on stage when everything musically truly comes together and the band and audience really “click.” That’s priceless.