"The musicality of African people opened an infinite range, the suffering and the rhythmic richness of each country was essential to spread the roots of the blues around world."

Ugo Perrotta is a Brazilian bass player and member of local blues bands of Blues Etilicos and Big Allanbik. Formed in 1992, Big Allanbik is a leading blues band in Brazil. Their breakthrough came at the Nescafé and Blues Festival in Sao Paulo where they most successfully competed with such as Robert Cray, Otis Clay, Eric Burdon, Robben Ford and Lonnie Brooks. In 1996 Big Allanbik toured the U.S. appearing at New York's Blue Note and Miami's Tobacco Road. In Chicago, the City of Blues, the band performed with Duke Robillard at Buddy Guy's Legends and with Lonnie Brooks at the Blue Note. 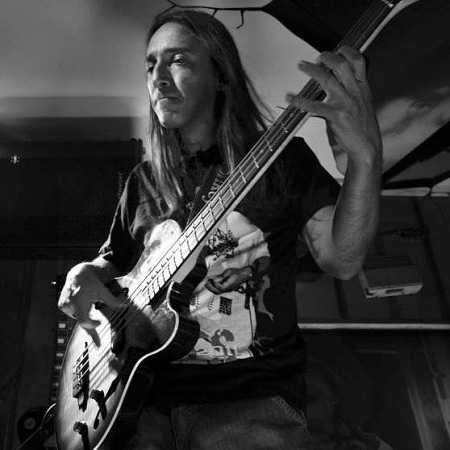 I've been playing blues in Brazil since the end of 80's and I learned how to play my bass listening to the blues, so, after all this years, I'm still learning and making the blues as a way of life and profession, either as  musician or producer.

How do you describe Ugo Perrotta sound and what characterize your music philosophy?

As I said I learned everything listening to the blues and by myself. In my first bass class I asked my teacher, whom is Jaco Pastorius? He said, you should forget about this guy for while... Keep on doing and play what come naturally from you cause you are a blues bass player. I was 18 years old. My philosophy is make it simple and will sound really great. It's difficult for some bass players understand this meaning.

Why did you think that the Blues & Rock music and culture continues to generate such a devoted following? 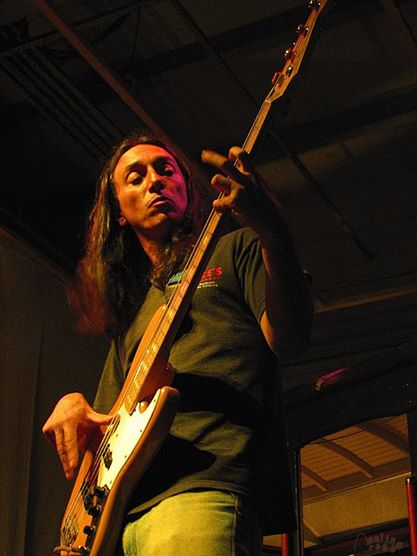 I think that it's because this kind of music is really easy to understand, and can make the people and musicians have fun together. Nowadays, the new generations have access to lots of information on internet that can make everything more easily. Lots of teenagers dream about be a guitar hero and this is very important to keep the blues & Rock alive.

"I'd like to go back to 1990, to be precise, in Wisconsin, and tell Stevie Ray, warn him about the chopper... after that, I'd like to put some Brazilians politicians inside there..."

What's been your experience in USA trip with Big Allanbik in 1996? Which memory makes you smile?

Big Allanbik was the first Brazilian blues band to make a tour in USA and recorder an album there. A memory that's make me smile? We had a music store in Copacabana - Rio de Janeiro and the Gov't Mule were in Brazil this year to play at Nescafé and Blues Festival. So, one day, me and Big Gilson were at our store and Warren Haynes and Allen Woody came in the store... I couldn't Believe!! We told them that we'll play in New York at Blue Note and Warren said, I will see you guys there... We thought, he won’t, but for our surprise, he went. When we saw Warren Haynes in the middle of the people at Blues Note we start shaking on stage. He is a really nice guy.

When I back Charlie Musselwhite here in Brazil. For me, was a true blues class. Little Jimmy King gave me the best advice when I played with him here in Brazil, He said, "Follow your dreams" and that's what I'm doing.

Are there any memories from Little Jimmy King, Mud Morganfield, BB King, and Mark Farner which you’d like to share with us?

Man, it's complicated to talking about Jimmy King because makes me really sad... He was supposed to be the next King of Blues, I'm sure about that, but unfortunately he passed away so young just after the tour in Brazil. I can't believe until today! About the other artists, I just met them in Brazil. In the case of BB King I opened some show for him. "The best period was in the early 90s and in the following years, the blues scene in Brazil was much worse. Nowadays, we can notice a big improvement. Just see the amount of festivals that we have today in Brazil." (Photo: Ugo with Big Allanbik and BB King)

I miss the simplicity and how they showed us that it's possible make a great sound at the studio without many resources. About the future, just let's try to keep the blues alive for the new generations.

Especially here in Brazil, I would like to change the system of choice and entry into a radio. Here, his music will only play on the radio if you or your label pay a very high money, this is ridiculous, a true mob.

Well, the best period was in the early 90s and in the following years, the blues scene in Brazil was much worse. Nowadays, we can notice a big improvement. Just see the amount of festivals that we have today in Brazil. Speaking only of one, the Rio das Ostras Jazz and Blues Festival is already the best in Latin America, and one of the top 100 in the world.

What are the lines that connect the legacy of Blues from Africa and United States to Brazil?

The musicality of African people opened an infinite range, the suffering and the rhythmic richness of each country was essential to spread the roots of the blues around world. 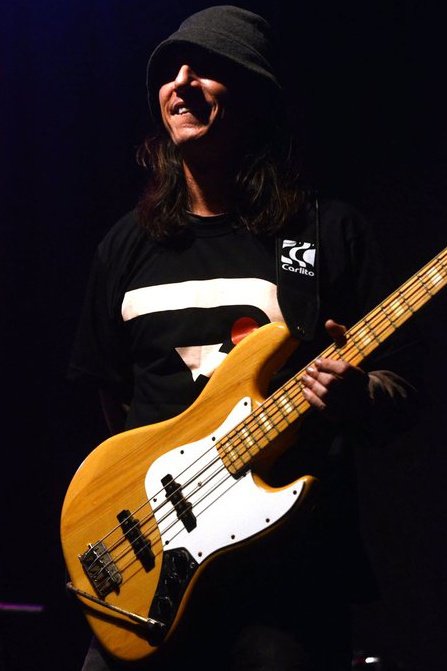 Too much things makes me laugh a lot, but nothing makes me more happier and intrigued when I see a child singing or playing Blues ... It's pretty funny! I wonder, how?

"Little Jimmy King gave me the best advice when I played with him here in Brazil, He said: Follow your dreams ...And that's what I'm doing."

Well, I'd like to go back to 1990, to be precise, in Wisconsin, and tell Stevie Ray Vaughan, warn him about the chopper... after that, I'd like to put some Brazilians politicians inside there....