"The Blues is a classic style, is a reference. I believe that people will always drink from this source." 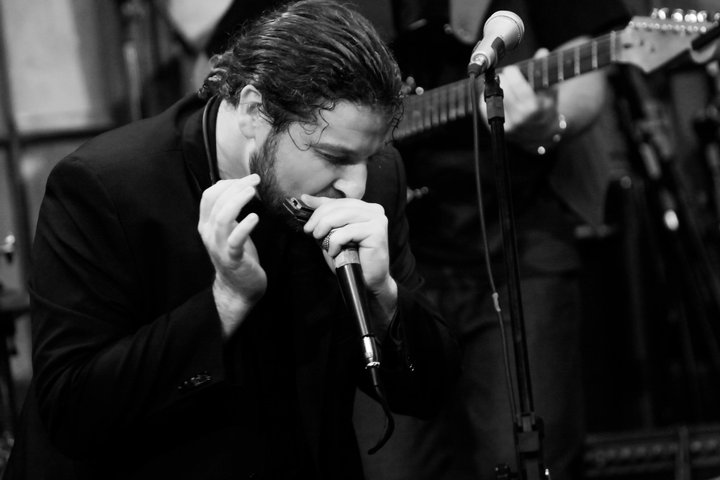 With him he recorded an album to be released in 2008 by Blues Special Records. His own work is registered in two albums recorded with the guitar player and composer Oly Jr. The first album, “Na Capa da Gaita”, was released in 2005 and the other one, “Onde está o meu dinheiro...” in 2007. Nowadays he plays the guitar and the harmonics when staging alone, or along with a band.

Gaspo, when was your first desire to become involved in the blues, what does the BLUES mean to you?
Well, I play piano since I was 6 years old, but only classical music. At age 14 I got a harmonica from my older brother, and I started looking for songs and bands that used the harmonica. I started listening to Jethro Tull and soon came to Muddy Waters. After Muddy, a world opened up before me. When I moved to Porto Alegre in 1999, I began to have contact with professional musicians, and had the opportunity to receive teachings from a great Brazilian harmonicist, now radiated in Europe, Alex Rossi. Since then I have dedicated my life to music, and blues is my main source of inspiration. 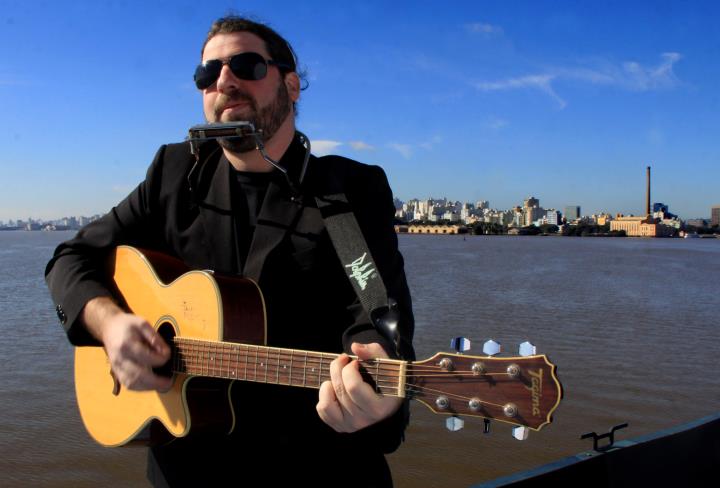 Who were your first idols, what have been some of your musical influences?
My first idols were Muddy Waters, Junior Wells and Sonny Terry, and also Brazilian musicians as Solon Fishbone and the band “Blues Etílicos” (which can be translated as.”Ethyl Blues”). Then I met Sonny Boy Williansom, Little Walter, Big Walter Horton and all the other masters...

What were the first songs you learned & what was the first gig you ever went to?
I don’t remember for sure the first song I learned because I started writing my own songs, and only many years later I started playing songs by other artists, but I'm pretty sure it was the Hoochie Coochie Man from Muddy Waters. The first blues artist I watched was Billy Branch.

Which was the best moment of your career and which was the worst?
It's hard to pick just one moment because there were many. The concert's release of my last album was a very special moment for me because I suffered a lot to accomplish it. I also remember with great emotion of the moments I spent in the company of legendary musicians like Magic Slim, Lurrie Bell, Phil Guy, Eddie C. Campbell, Larry McCray and Honeyboy Edwards. Just as it’s difficult to choose just one good moment, it is also difficult to choose one bad. All I can say is that all the bad times made me grow, and that everything was worth it to get here. 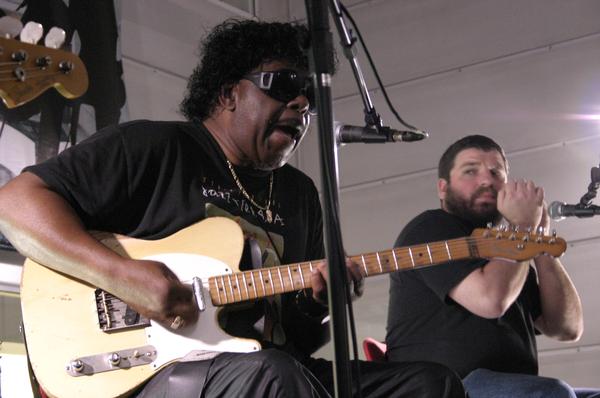 How would you describe your contact to people when you are on stage?
I love being on stage and I love people, I like to play with the audience and I like being spontaneous, do not trying to hide my mistakes and shortcomings, but rather I like they are part of the show and I use it to entertain the people. I like to look in people's eyes and trying to get what I'm feeling. But each concert is a different concert and the audience is different. Sometimes I play in places where people don’t know me and you can’t always get the audience’s attention, sometimes they don’t want to hear what you have to play or simply are not interested in the music…

Why do you play the BLUES & what does HARP mean to you?
This is a good question! I have never stopped to think about why I play the Blues ... I just heard it and it got me! I play other styles as well, but the Blues is the source from where I drink more, it’s where my musical knowledge is based. I also play other instruments - guitar, piano - but the harmonica is my main instrument. I have a very special connection with the harmonica, it had been my only friend for a long time. It is through harmonica that I can express my deepest feelings. 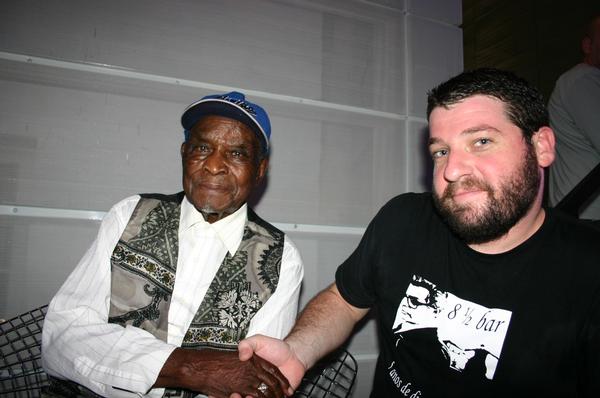 What are some of the memorable gigs and jams you've had?
I think I just answered this question before describing the "best moments of my career." The Gigs with Magic Slim, Lurrie Bell, Phil Guy, John Primer, Honeyboy Edwards, Eddie C. Campbell and Larry McCray were the most special. Furthermore, I emphasize again the concert's release of my last album, when I invited musicians who were part of my career here in Porto Alegre to play with me.

Are there any memories from all those blues cats, which you’d like to share with us?
What I can say is that all of them are extremely professional. They live for the Blues, they are always ready to play and they are always on time, serious and passionate about what they do. Most of the Blues artists that I accompanied had a poor childhood, a difficult life, many of them starved, some had already lived on the streets. They are ordinary people who do what they do with great naturalness. They were born to play the Blues they give the word "Bluesman" a meaning You have played with many bluesmen, which are mentioned to be a legend. It must be hard, but which gigs have been the biggest experiences for you? And why?
Well, the fact is that I learned something from each one. And I think each of them is special in his own way. John Primer, for example, makes a concert of nearly three hours, and the crowd is hot all the time! Magic Slim is a guy who - as the name says - is full of magic: he’s just going on stage that people are moved. Honeyboy Edwards impressed me with the purity of his sound, he was a jewel in the rough, the pure sound from Mississippi. Eddie C. Campbell uses simple elements in his music, is not virtuous, but has much charisma and a unique style. With the guitarist Lurrie Bell (son of Carey Bell), I learned good tricks on harmonica, but he just plays his harmonica offstage. Lurrie is a very special musician, an amazing person, he is very emotional and you feel the Blues all the time when you're near him. I could continue this list for a few more pages, but the most important thing is that everyone, anyone, always has something to teach you, you just need to pay attention.

What were your favorite harps back then? Where did you pick up your harmonica style? How do describe your sound & your progress?
My favorite harmonica players were always the same: Little Walter, Sonny Boy, Sonny Terry, Big Walter Horton, Junior Wells... They are my inspiration for sure, but I try not to copy anyone, I love to create my own phrases and solos. I think my progress is very slow, but slowly you can go a long way. Music is not a one hundred meters race but a marathon! It takes strength... 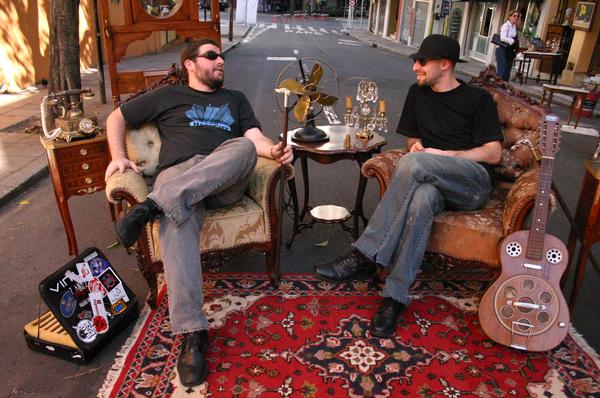 Foto de Gabriela Di Bella
Do you have any amusing tales to tell from your work with Oly Jr?
At that time we were young, crazy and liked to party. We used to play in all sorts of places. Once we played in a festival of electronic music, and even today I can’t understand why they hired us to play. The DJ was shaking the people, everyone was dancing frenetically and at a time the music stopped and we were on stage performing an acoustic show with guitar and harmonica. There were some fans that were at the show, but 98% of the audience did not understand what was happening (and rightly so), it was very strange...

What do you think is the main characteristic of you personality that made you a bluesman?
Thank you for considering me a "bluesman", but I don’t think I am one of them. I met several bluesmen, followed them closely, I have learned a lot from them, but do not consider myself a bluesman. I had a tenth of the suffering that all these men had in their lives. I didn’t live the Blues as they had lived, so I think it would be disrespectful considering myself as a bluesman. I think it’s hard to explain the main feature of a bluesman, I believe I cannot describe it in words. What I can say is: Go to them, they have much to teach! 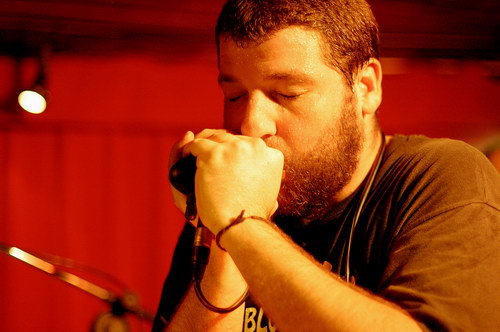 Some music styles can be fads but the blues is always with us. Why do think that is?
The Blues is a classic style, is a reference. I believe that people will always drink from this source.

From whom have you have learned the most secrets about blues music?
As I have just said before, I learn from everyone around me every day...

Would you mind telling me your most vivid memory from the studio time?
One day I was recording with James Wheeler, a highly regarded guitarist from Chicago, he should have nearly 70 and I was 25. It was the first time I went into a studio to record a full album with a real bluesman. We had met two days before and we had played together only once. I was a little nervous before the recording and I asked him if there was anything special he wanted me to do on harmonica. He perceived my nervousness and looked into my eyes, put his hand on my shoulder and said:
-"Boy, relax, just play with your feelings. Are you seeing this?" (he bent down and took the backpack a bottle of Jack Daniel's) "This is for the feeling".
We drank a nice shot of whiskey and recorded a beautiful album... 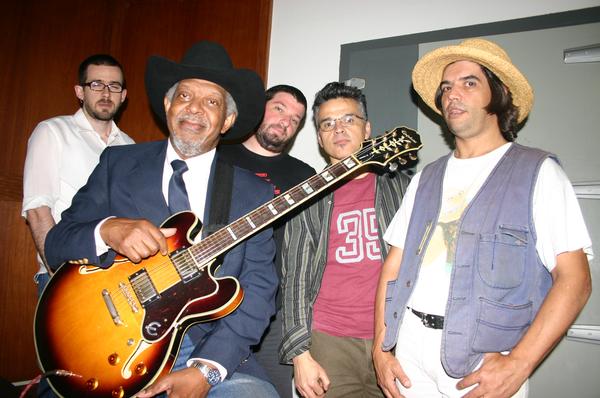 When it all began for the blues in Brasil, who is considered the local "godfather" of the blues?
São Paulo and Porto Alegre are cities where the Blues scene is strong. It was in these cities that the first featured artists appeared, such as André Cristovão and Solon Fishbone. Rio de Janeiro also had its contribution with the band “Blues Etílicos” and the guitarist, singer and composer Celso Blues Boy, the latter has already recorded with BB King.

What are the most popular local bands of blues, do the media help the blues? Make an account for current realities of the case of the blues in Brasil.
São Paulo, Porto Alegre and Rio de Janeiro have a reasonable blues scene, but there are bands and fans all over Brazil, mainly in the inner cities. Blues had never much support from the media; it’s a style for a few. I would say that Brazil has a good scene because it’s a big country, but it is difficult for an artist to move within the country because of the distances and transport costs.

What are the international artists who have a special relationship with the blues in Brasil?
Eddie C. Campbell, I like him very much, we had good conversations, he attended my last album, and I also recorded one of his albums. 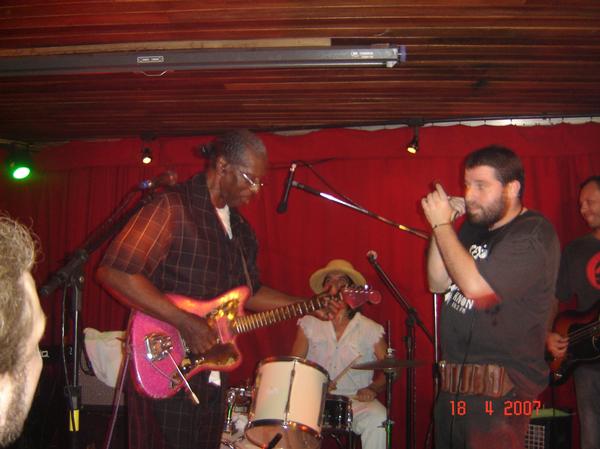 Which is the most interesting period in local blues scene and why? What mistake of the Brazilian blues scene you want to correct?
I can say that the worst period for the Blues scene is summer, from December to February here in Brazil. But on the rest of the year, there is always something happening. What I see wrong here in Brazil is the lack of unity among musicians, it is killing the artistic class.

Do you believes it has the possibility of someone musician to live only with the blues in your country?
I'm pretty sure, because I’m alive, here in Porto Alegre, talking to you who lives in Greece, and that makes me very happy! Thank you very much! 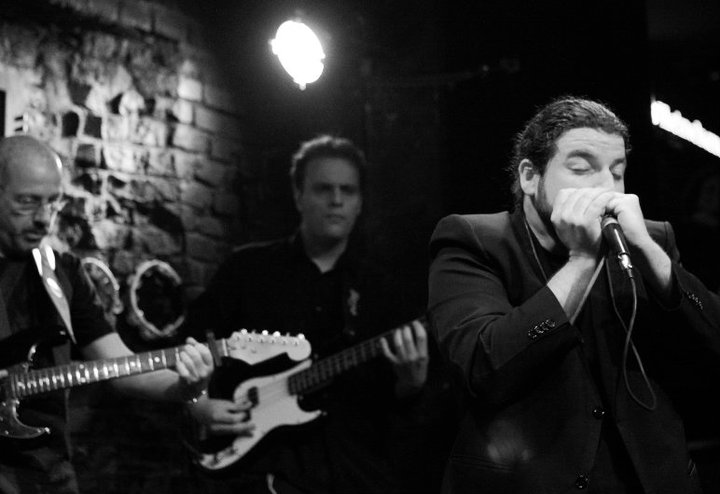