Toronto’s own Danny Marks is a multi-talented, multi-tasking music man who has lived many lives in his four decades as a guitarist, songwriter and media personality. The long-time host of a popular blues radio program and television host, he is a recipient of the Toronto Blues Society's Blues with a Feeling Award for lifetime achievement in music and broadcast. A fixture on the Toronto blues scene, Danny’s musical roots go back to the sixties as a founding member of Edward Bear. He has opened for and backed up artists as diverse as Led Zeppelin, Bo Diddley, Paul Butterfield, Stephen Stills, Humble Pie, Ronnie Hawkins, Rick James, and many more. In 2013, Marks begins another new enterprise as host of Cities in Blue on HiFi TV. 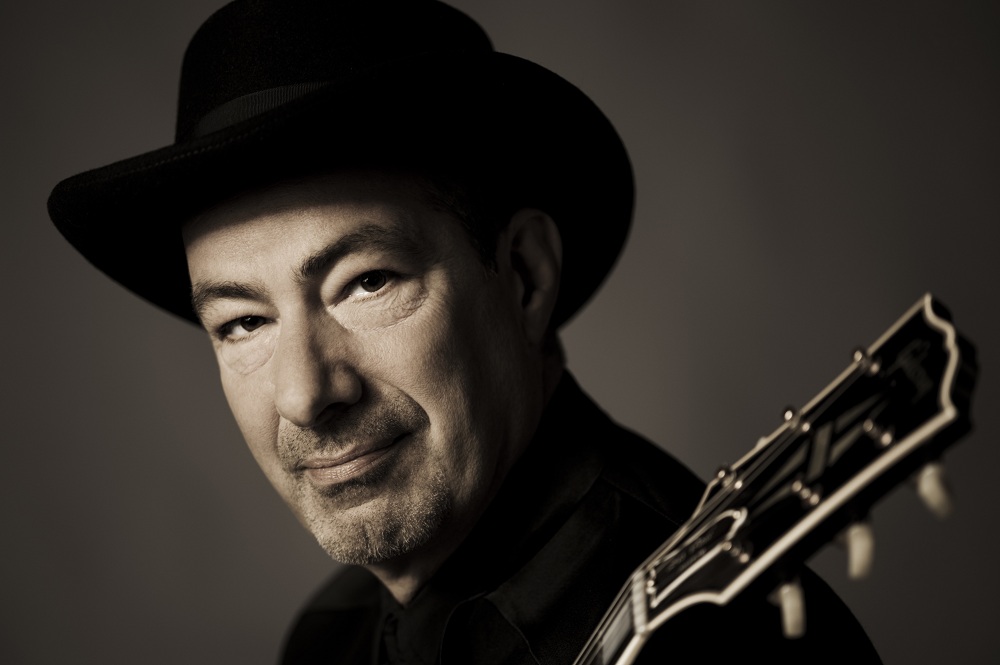 With such a storied history, it is no wonder that Danny Marks can take offerings from each day’s experiences and creatively keep a record of it. As a gifted guitarist, prolific songwriter and storyteller, Danny Marks weaves incredible characters in to each song and story. A Friend in the Blues, Danny’s fourth CD release is a place where friends in the blues are found. Here you will meet the Caretaker, real life blues icon Lonnie Johnson, Uncle John, Two Brothers, a Mixed Up Girl and, of course A Friend in the Blues.

Never one to stick to conventional blues chords or clichés, Danny Marks’ new CD A Friend in the Blues showcases 12 original songs, written and performed by Marks on guitar and vocals and featuring a well respected cast of supporting musicians including Alec Fraser, Al Cross, Jonathan Goldsmith, Sherrie Marshall and Wayne Mills. Danny’s story is expertly told in the liner notes by journalist Greg Quill. Always grateful for each day and each opportunity to share the music he loves to blues fans of all ages, Danny Marks proves that when you have a friend in the blues, you have a friend for life. 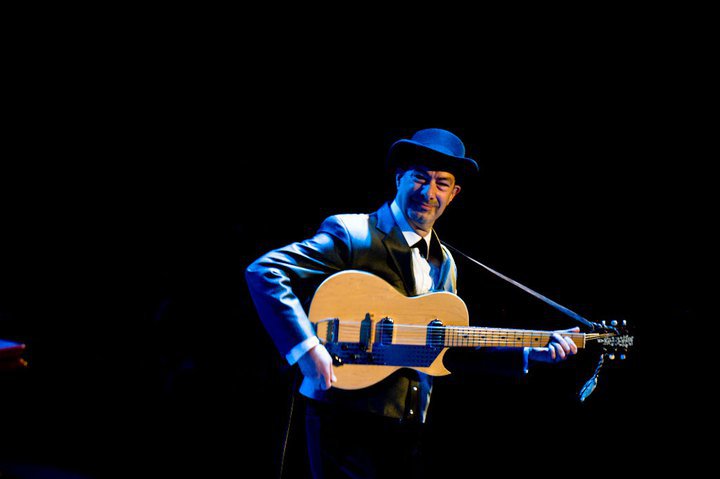 How do you describe Danny Marks sound and progress, what characterize your music philosophy?

Living in a cosmopolitan multicultural city and growing up in a musical home with many influences, I am the product of all the music I have loved and heard

My older brother taught many people about blues when we were young. Lonnie Johnson appeared to me as an angel when I was 19. The true story is in the song "blues for Lonnie Johnson". The guitarists, T-Bone, BB, Albert and Freddie. Etta, Mavis, Bettye LaVette and Ann Peebles have influenced. R.L  Burnside, Fred McDowell and Jessie Mae Hemphill as well. Countless others.

The best moment seems yet to come as I am a late blooming writer and a friend in the blues is a new feeling. the really bad and down moments have provided the wisest insight and so even after shattering my wrist and being unable to play for six months, I was taking the time to re-envision. Even the bad times are good. What is the "feel" you miss most nowadays from the late 60s and 70s?

The ease of getting around and the youthful physique.

Yes. Popular music has become more machine made. Indigenous forms have almost vanished. LPs, cassettes and CDs are less important. Not great for income. Music has lost value on some circles.

It is no longer something an artist can make a lifetime audience with. Stars come and go.

Tell me a few things about your meet with Rick James.

Rick James tried very hard to get me in his band. The mistake he made was to play me Jericho's demo tape. I immediately joined them. Problem was most of their original members, Denny Gerard, Gord Fleming and Freddie Keeler had been replaced. I had come from a very successful band and these guys were all pretty down and out.

Which memory from Edward Bear makes you smile?

Edward Bear opened for Zep, Butterfield and Badfinger. We were a very big band in Canada and not just pop. We played blues and mostly what kids today call psyche. I had a wall of fender amps and we wailed. Life takes a strange course. After I left Edward Bear I went back to my child hood guitar teacher for lessons. He told me, in the intervening years, guys had been coming to him, asking if he could teach them to play like me! 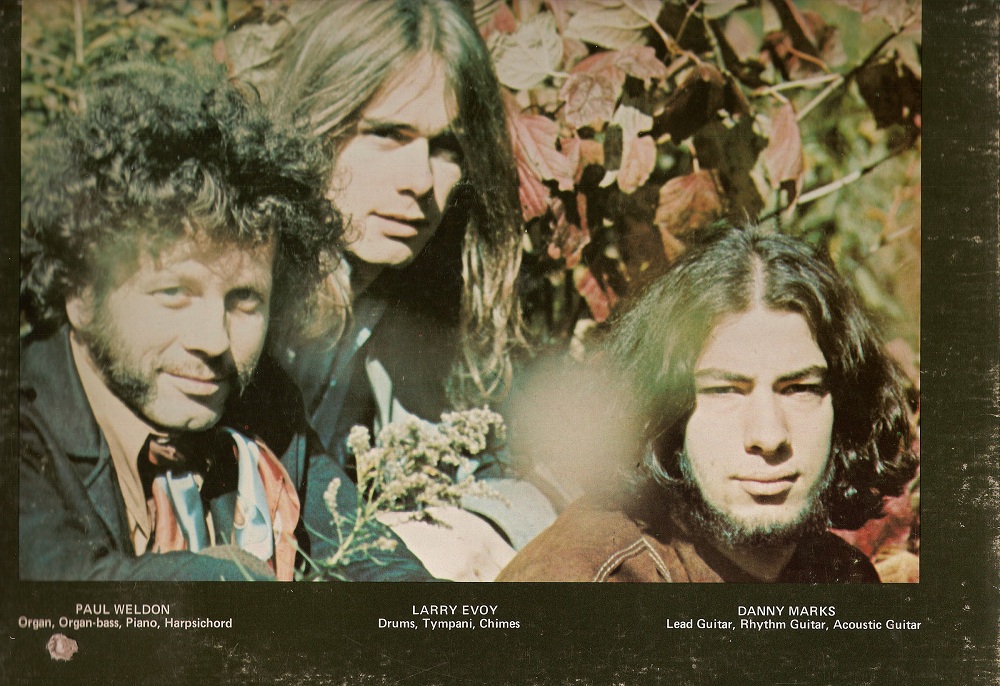 Are there any memories from Ronnie Hawkins, Bo Diddley, and Stephen Stills, which you'd like to share with us?

Stills was drunk. Bo was cool and real. Nobody else can do his beat like he could. Hawkins taught us all in Toronto firsthand about rock and roll. He has a sweet smile.

Do you have any amusing tales to tell from Mama Lion?

Mama Lion flew me to L.A. They said they liked my style and they I reminded them of Robbie Robertson. Once I got there they told me to plug into this huge bank of acoustic amps and proceeded to play real loud and heavy. I lasted a week. All I could think about was my new girlfriend in Toronto a dancer of the exotic kind. It was the seventies.

Play from the heart.

What the difference and similarity between the Canadian and US blues scene ?

Canada is a big country spread far apart. US is where the blues began

Do it for a loving and it may become a living. 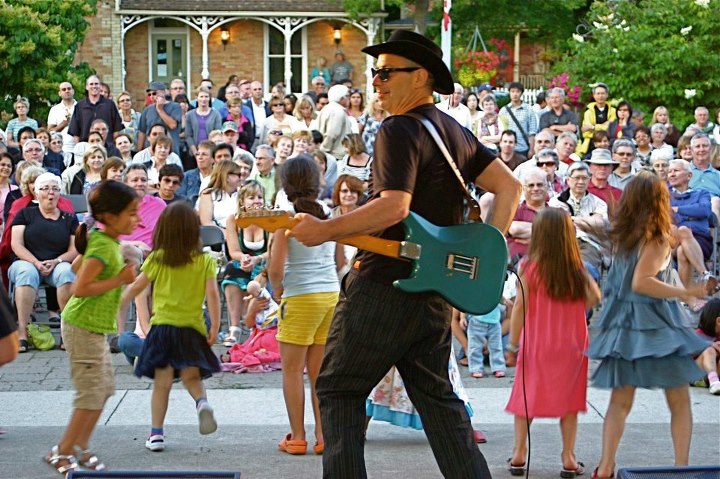 The jams we had at Albert’s hall on TV for the Stormy Monday show are the best because the best musicians and club, great audience and really high level of listening as well as playing. we have a regular Saturday spot at the Rex in downtown Toronto and seeing people enjoy up close is fun but playing the huge stage at sound academy for a rocking crowd is also invigorating.

When did your love for collecting guitars come about? What are your main guitars right now and why?

The variety of life is fascinating. My current favorite working guitar is a Fender Stratocaster which is very light, of swamp ash, purchased online from Dallas. Favorite electric recording guitar is a Gibson RD79 artist. It is radical. Favorite acoustic electric is a Kay value leader like Lonnie Johnson played and 1927 Gibson L-O as used by Maybelle Carter similar to Robert Johnson L-1. 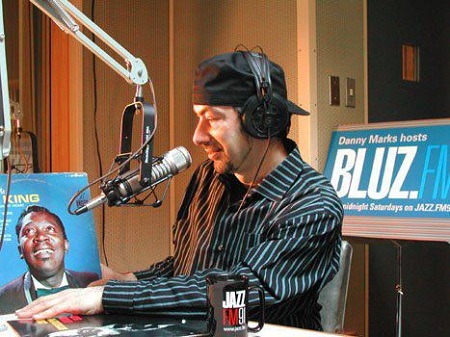 You have pretty interesting radio show "BLUZ FM". Where did you get that idea? Do you remember anything fanny on air or in studio?

For many years I was on CBC radio Canada. As that contract ended another radio station offered me to host a blues program. It’s a supreme example of blues rescuing me. I had no idea what to call the program. The station motto was hear the colour of jazz so I said all the colours of the blues. The brass liked that. The name of the station is Jazz.FM, I asked to call the show Blues.FM because that spelling was copy written by someone else we took Bluz.FM

Nostalgia is golden. The moment is all that matters. The present is a gift. Tomorrow may be most interesting because you never know. If you can visualize it happening it can. Facilitating that is intriguing.

Which things do you prefer to do in your free time? What is your MUSIC DREAM? Happiness is...

In my spare time I like to be in nature by canoe or even simply on foot in the woods or countryside even in the city park. Happiness would be to continue playing and having the music heard and seen around the globe. To travel and spread the message of togetherness and peace, to share the world and try to help bring humanity back from the brink. 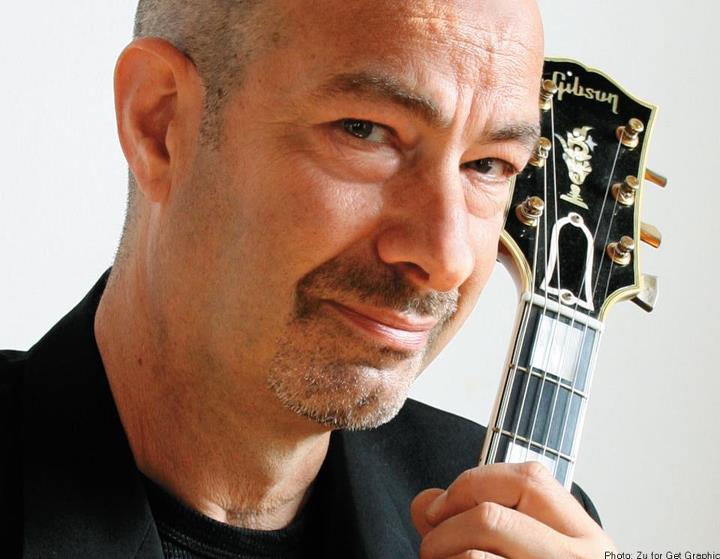