"Blues exists all over the world cause it's universal character. It is intrinsically linked to emotions and feelings that everyone can share and understand." 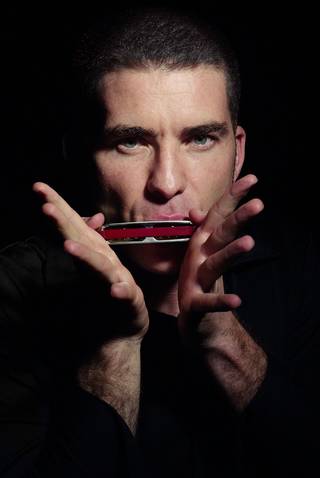 He has prepared harmonica seminars for the Festival of Blues from Cerdanyola the years 1999 and 2000. He also makes harmonica workshops directed to young people in diverse schools from Barcelona. The first formation with which was given to know was Louisiana Vamper (harmonica duet and piano with Luis Coloma) that from the year 1995 act once a month in the grateful Harlem Jazz Club, interpreting an intense repertoire of songs of Blues, Jive, Boogie-Boogie and country. Starting from the year 1999 work with the Blues singer, Big Mama Montse.
Jointly with the guitarist Miguel Talavera, component also of "Tableau of Blues", they have built a potent harmonica duet and guitar that have playing two years in multitude of sites from Barcelona. On the other hand, the influence of the Country and the Bluegrass in the way of playing their harmonica, he has had as a result, on one hand, the elaboration of a CD with music's group of Country the Tarragona Rió Seco, and for the other one, the participation in the group of Bluegrass The Wild Turkey Band. Today Joan Pau have many difference projects with: Barcelona Bluegrass Band, Valentí Moya Trio, Quico Pi de la Serra's QuicoLabora, Espectacle Celta, Big Mama, Miguel Talavera, and Mr. Hurricane Band

Joan Pau, when was your first desire to become involved in the blues, what does the BLUES mean to you?
When I was eleven years old my older brother bought the Eric Clapton 'Just one night' album. I remember listening to it all the time. I didn't know anything about blues, but that music impressed me a lot. This album introduced me to the blues. I like the force that comes from this sound. As a musician I must say that playing blues is a very strong way to connect with the audience.

Who were your first idols, what have been some of your musical influences?
My first idols are people like Eric Clapton, Gorge Thorogood, Rolling Stones or Carl Perkins. It was later when I discover bluesmen as Muddy Waters, Little Walter, Albert King or Sonny Boy Williamson 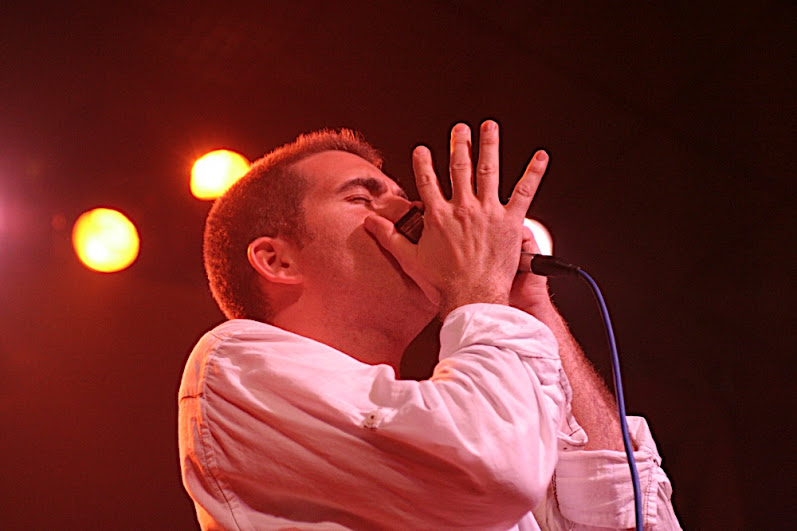 What were the first songs you learned & what was the first gig you ever went to?
I really become involved in the blues going to the concerts of the first blues bands here in Barcelona. It was in the 90's. This bands played many Muddy Waters tunes as 'Ramblin' on my Mind', 'Mojo Working', 'Hoochie Coochie Man'...this where the songs I first learned to play.

Which was the best moment of your career and which was the worst?
The best moment was the first time I played on the stage. I was just a beginner doing a lot of mistakes, but the audience liked very much the harmonica. I was deeply moved by the effect you can create to the people when playing, and I'm still today. Fortunately I don't have bad moments to remember.

Why do you play the HARP & what does HARP mean to you?
The harmonica is a very expressive instrument. It's very close to the voice and has a powerful language. Especially in the blues field.

What do you think is the main characteristic of you personality that made you a bluesman?
The word 'bluesman' is too big for me. I respect too many the classics to call myself a bluesman. I only can say that you need some kind of sensitive soul to give a blues note the necessary energy to work right when playing. I would like to say I have some of this sensitive. 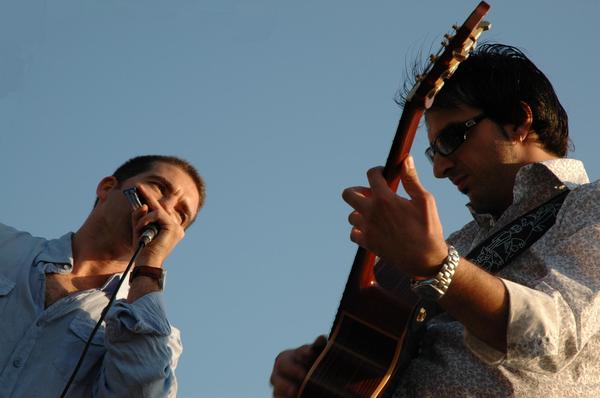 Is there any difference and similarity between the blues, rock, folk and country harmonica?
In few words, playing blues is more in rude way than in country or bluegrass. In blues I think more of the rhythm, double notes, tongue blocking, etc. When playing country I play cleaner, thinking more in the melody.

What advice would you give to aspiring musicians thinking of pursuing a career in the blues craft?
Just to keep on playing and improving day by day. When you enjoy yourself doing this music and you work hard there will come opportunities to play and make your dreams come true.

Some music styles can be fads but the blues is always with us. Why do think that is?
The blues will remain as long as there will be people interested in good music. Blues exists all over the world cause it's universal character. It is intrinsically linked to emotions and feelings that everyone can share and understand. 'Blues make connections' said Ray Charles. This music reaches the audience everywhere. 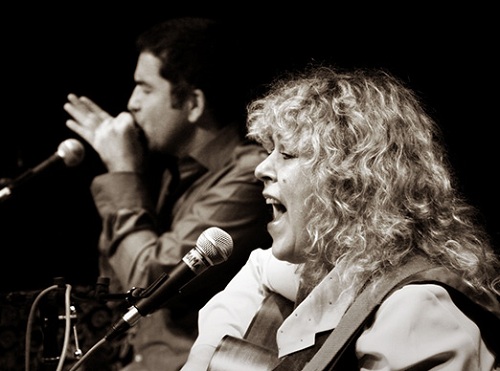 Would you mind telling me your most vivid memory of Big Mama?
The first time she called me to play with her I was so nervous. I could not believe the most important blues singer in our country was asking me to join in her band. After many years playing together I learned a lot in so many ways. She is a hard worker and very professional. Nowadays we work together playing for the children making a didactic show about the blues and its history. It is incredible how this young people enjoy our performance. It's is very grateful for a musician to live this experience.

When it all began for the blues in Catalonia, who is considered the "godfather" of the blues in Catalonia?
One of the first people playing blues in Cataluña was Quico Pi de la Serra. I have gran honor to play with him now. He was first in playing guitar as Big Bill Broonzy in the 60´s and 70´s. His radio program is one of the oldest programs dedicated to blues in our country and he has a lot of fans from many years.
For me the best Catalan blues bands are L'harmònica Coixa Blues Band, The one and only Blues Band, Big Mama & Blues Messengers.