"Blues, Gospel, Folk will always be here. Not enough off the old Blues people left take care of them. Lotta good folks doing that."

Buddy Flett singer/songwriter/guitarist of the Bluebirds resides in Shreveport, LA and started his career in 1975 at the legendary Lake Cliff Roadhouse and the infamous Bossier Strip where the likes of Elvis Presley, Hank Williams, Sr., "Gatemouth" Brown and Hank Williams, Jr. all performed. Buddy was a founding member of A-Train, a very successful Blues/R&B band during the late 70's and 80's throughout the South. Buddy has written songs that have been recorded by John Mayall, Percy Sledge, and many others. What do you learn about yourself from the blues and how do you describe Buddy’s sound?

Being a guitar play I thought the Blues Cats were the best, when learn lyrics I thought they preach the truth.
My sound is B.B., Freddie, Elmo, Mr. Hubert, STAX, Keith, Leadbelly, and own.

How and where do you get inspiration for your songs? Why did you think that the blues lyrics continues to generate such a devoted following?

A train was a good run

Are there any memories from the road with the bluebirds?

We had an old van, old amps and guitars; it was a cool trip, got to open up for John Lee Hooker in Lil Rock.

Do you remember anything fanny or interesting from Greece?

I liked Greece good fans great food they like music.

Which memory from Kenny Wayne Shepherd makes you smile?

On the Ten Days tour Kenny would bring us at one a time then big last set Him and Mr Hubert were goin after each other. Mr Hubert played some lick Kenny and I look at each other, WHAT WAS THAT!

Tell me a few things about your experience on the road with Pinetop Perkins, Hubert Sumlin, "Big Eyes" Smith, and the others old Blues cats.

First bus and second bus I was on the second bus all the old cats I will did was drink coffee and laugh Pinetop saw a McDonalds we had to pull off get him a burger Mr. Hubert, Buddy can you get me something too. 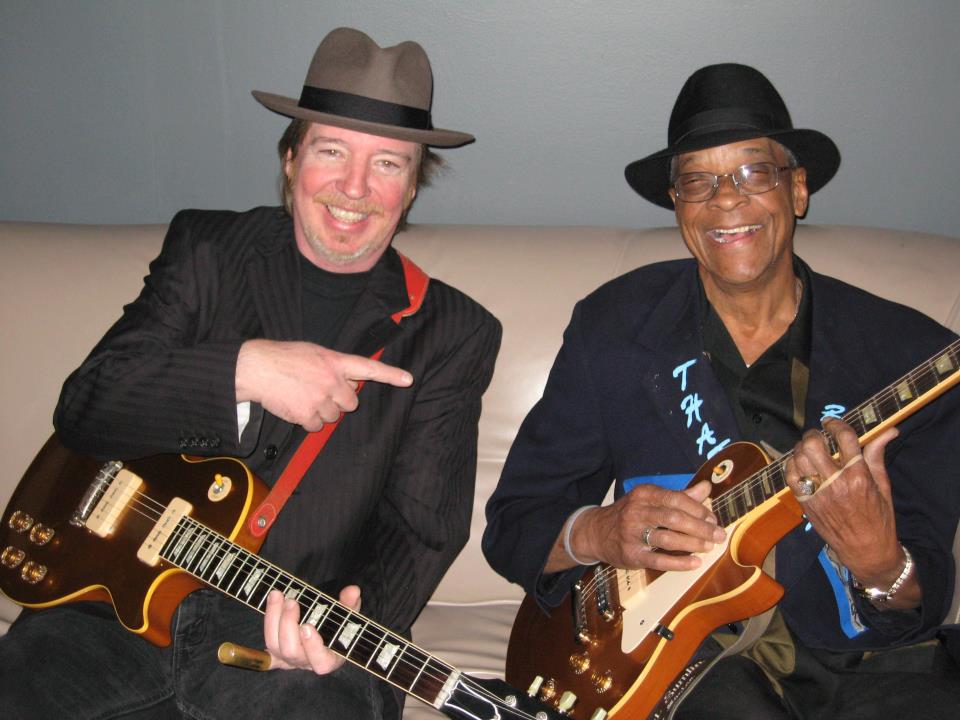 After the "Ten Days tour" Mr. Hubert took be out as his second guitar player that was cool. A-Train, and BlueBirds played around the south crazy times I was young

Don’t gamble with the Bands money.

Hard question, Blues, Gospel, Folk will always be here. Not enough off the old Blues people left take care of them. Lotta good folks doing that.

Do you know why the sound of slide is connected to the blues?

The Mississippi guitar player had a lot to do with that. Robert Johnson, Elmo James I like open tunin’ slide Blues.

Make an account for current realities of the case of the Southern blues scene.

It hangin’ in there, the festivals are nice, Bill Wax show is great. 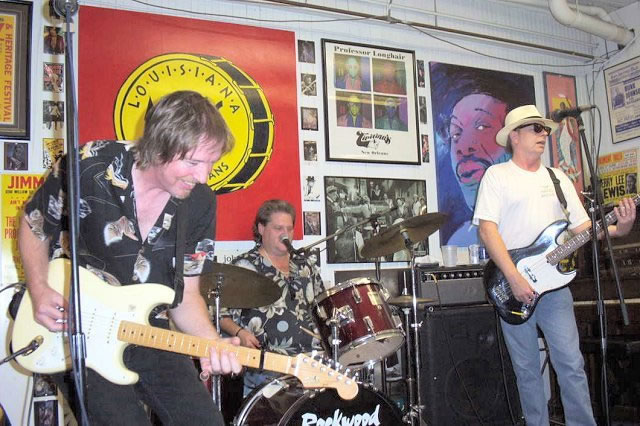