"The Blues is a lifestyle. The Blues in general cannot be a fad because it is real - it is about the real life that real people are living so it never has a chance to die."

Floyd Wilson has been performing (singing and playing) for nearly 50 years. In the beginning, he taught himself to play the guitar that his uncle bought him for his 5th birthday. At the age of 10, Floyd began his first guitar lessons with an instructor. At 12, he began learning chords, and lead runs from some of the neighborhood kids that were already playing guitar. By 14, Floyd began performing professionally in local churches. In 1985, Floyd returned to school to pursue a degree in music theory and performance. 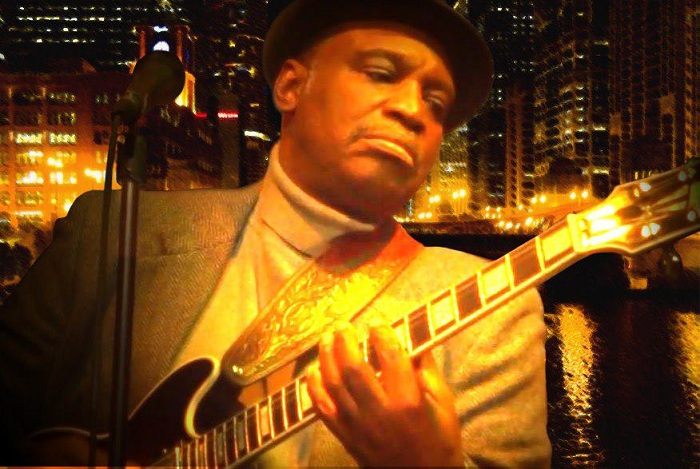 Floyd Wilson & The Electrophonic Blues Band has performed all over the world; specifically, Brazil, Europe, and all over the USA. He has performed in nine bands over the years including three of his own. His music is a combination of Blues, Jazz and Soul. He has also performed Gospel music both traditional and modern. His performances are inspired by his own life experiences, and he shares his stories with his audiences through his compelling music. He is currently composing and producing the final songs of his upcoming debut album "Finally" which will be released soon.

As a young child and throughout my youth I was completely immersed in Blues, Gospel and Soul music, but especially the Blues and Gospel. That is the music my folks listened to the most. As a young adult, I realized that the music I had grown up with were very strong emotional triggers for me and still are to this day. The Blues and Gospel can touch me in ways that many other things cannot because I have a long intimate history with them.

For me, the Blues (as well as Gospel) is a teacher, a consoler, an energizer, a healer and a translator. The Blues is a confidant and a great friend to me. 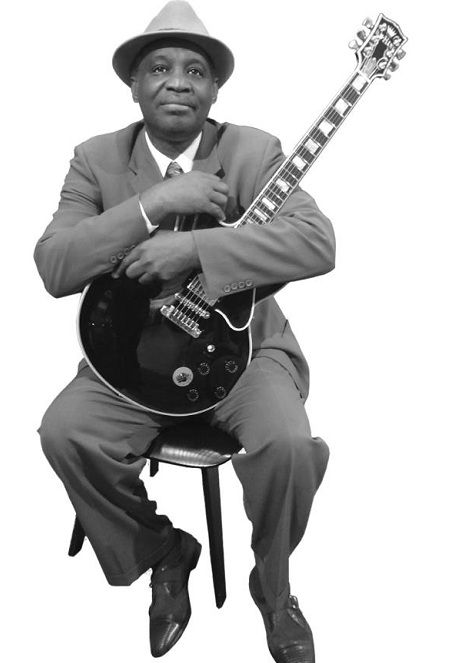 Like many people, I have experienced my share of trials and tribulations―heart break and divorce, homelessness, joblessness, and too many other disappointments and challenges to mention here. My outlet and means of coping just happen to be writing, playing and singing about it.

"The Blues expresses the common man’s sentiment and it touches the every-day-person’s heart."

How do you describe Floyd Wilson sound and progress, what characterize your music philosophy?

Like many Blues musicians, I started playing Gospel music in the church as a young boy accompanying my mother who was a gospel singer, but I began exploring other genres in my late teens because Gospel music culture made it difficult for me to develop and progress in my music. In my young adulthood, I took a break from the Blues because I was looking for something else, something different; so in my early twenties, inspired by legends such as Jimi Hendrix, Carlos Santana, Jeff Beck, Allan Holdsworth, and Al Di Meola, I began experimenting with combining Rock and Gospel. Infatuated by the style and technique of Jazz music, I started experimenting with Jazz as well.

When I perform the Blues, you may sometimes hear influences from any or all of those genres.

Growing up in Chicago was a special time for me. Those were difficult times in the 1960s and 1970s, but I learned so much and had a chance to meet and be influenced by so many amazing people not just musicians. What I miss the most is the comradery that existed amongst musicians during those times. Things have changes so much—some things for good and others not so much.

Right now today is a very interesting time for me as well. After a substantial hiatus away from the industry—dealing with marital issues, divorce and all the drama that comes with that — I am in the process of kick-starting a new band with some outstanding musicians and some great new original material.

I think the best period, musically speaking, was performing at the 2011 Chicago Blues Festival with the Ron Michaels Blues Band, getting a standing ovation, meeting fans and signing what seemed like a thousand autographs afterwards. BUT the best is yet to come! Because the Blues expresses the common man’s sentiment and it touches the every-day-person’s heart.

"For me, the Blues (as well as Gospel) is a teacher, a consoler, an energizer, a healer and a translator. The Blues is a confidant and a great friend to me."

A jam at Buddy Guy’s Legends, in 2009, where I had the chance to meet and talked with Derek Trucks. The most memorable gig would be with Vance Kelly and Eddie Taylor at the Kingston Mines, 2007. They both make me smile still.

The most important meeting for me was at the age of 22 when I met Chicago Blues legend Lefty Dizz. We became friends, and he became one of my best mentors. The best advice I ever got was to “Stay humble, never give up and have confidence.”

I can’t say that I miss anything. I am a product of traditional blues; so I will always play traditional blues and I will always be a champion for traditional blues, but I also look to the future. Nothing remains the same; everything must change or wither and die. It is funny to see teenagers wearing authentic 70s fashions just like I did when I was a kid wearing fashions from the forties and fifties. I just feel that traditional Blues is going to experience similar life cycles.

The Blues is a lifestyle. The Blues in general cannot be a fad because it is real — it is about the real life that real people are living so it never has a chance to die. Being a Blues man means staying authentic in the most basic human experiences of living however that has to happen for that particular person. That is too hard for me to answer because even though I play the blues, I laugh all the time. People are funny to me—my colleagues make me laugh, people on the street, my family. Life can be so sad, but there is humor even in the saddest stuff.

California Jam 1968 and 1969, because all of the legendary guitar greats were there.