The Goddess of the Beat Generation

Ruth Weiss or better known as ruth weiss (born 1928) is a German-born poet, performer, playwright and artist who made her home and career in the United States, as a member of the Beat Generation, a label she has recently embraced and that is used frequently by historians detailing her life and works.

weiss left home in 1949, at first staying in Chicago. She originally moved into the Art Circle - a housing community for artists. It was in this community that she began experimenting with poetry and jazz. In 1952, she left Chicago and hitchhiked to San Francisco, where she began jamming and reading poetry with street musicians. Shortly after, several of her friends opened a club called The Cellar, in which she would regularly hold poetry and jazz sessions every Wednesday night. Eventually, weiss felt that she needed a break from city life and took off for California's Big Sur, a place made famous as a Beat center due to Jack Kerouac's novel of the same name. ruth weiss and Jack Kerouac first met in 1952. Instead, weiss and Kerouac engaged upon a "haiku dialogue," spending hours over a bottle of wine writing haiku back and forth to one another. 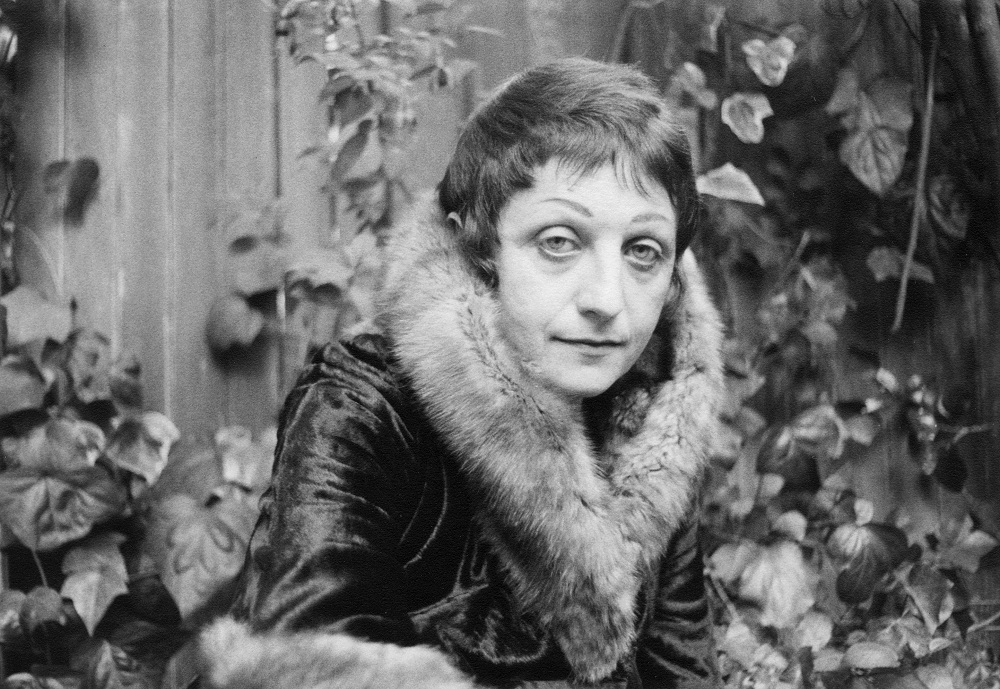 In 1957, weiss started a "salon kind of situation" in her apartment, creating a gathering space for poets and writers to read and discuss their works. Two years later in 1959, weiss published her book GALLERY OF WOMEN, a book composed in poetry, honoring the female poets who she most admired, paying homage to them by painting their portraits through her jazz-inspired poetry.

In 1960, weiss finished her narrative poem "THE BRINK." Upon reviewing her poem, the painter Paul Beattie asked if weiss could turn it into a film script, a request which she willingly obliged. By 1961, weiss had finished her creation and filming of THE BRINK, incorporating "found objects" into her style and philosophy towards the film.

In 1990, weiss won the Bay Area poetry slam and consequently released recordings of her poetry performance, entitled Poetry & All that Jazz.

This is a small part of conversation with ruth weiss from a interview with her where lasted 3 hours (and comments from Charles Plymell, Neeli Cherkovski, Tisa Walden, and a poem from A.D. Winans for ruth weiss)

How do you characterize ruth weiss philosophy about music and poetry?

Poetry is my Life

In your opinion what was the events that made 50s and 60s to be the center of the political and social conquests?

Greed Madness – Fear were causes and Still are

The New Beginning must usher in

Do you think that the jazz and poetry comes from the heart, the brain or the soul? 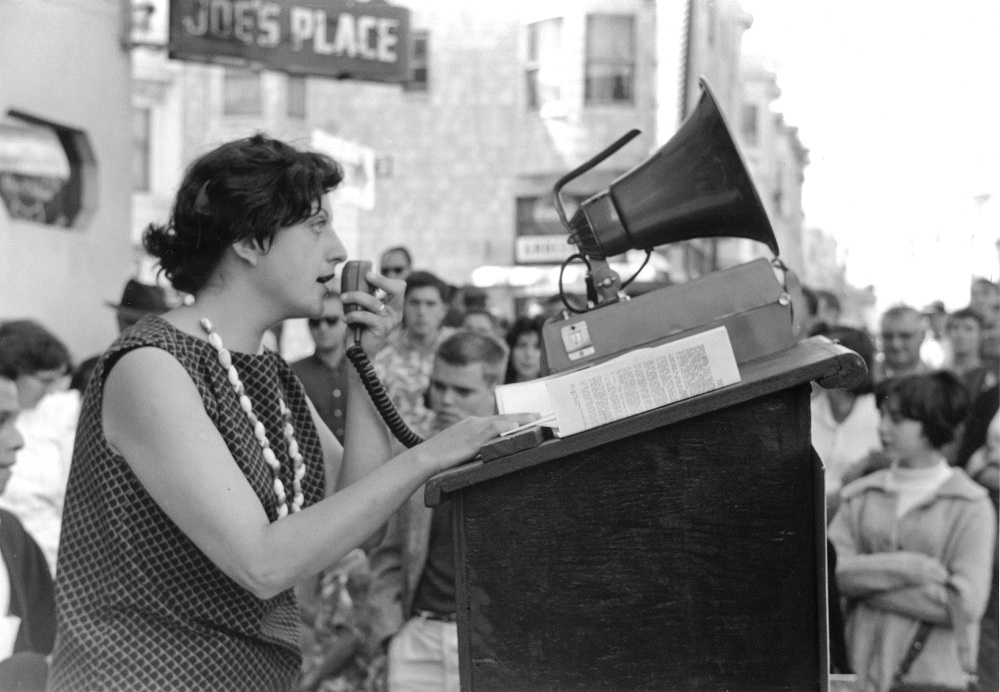 Why did you think that the poetry and jazz continued to generate such a devoted following?

It is true Nerve – Point of Innermost Feeling

Do you know why the blues and jazz is connected to the Afro American culture?

Lady Day is that Fusion an All Levels

What characterize the philosophy of jazz?

It is A WAY OF LIFE

From the musical point of view is there any difference and similarities between the Blues & Jazz?

One is THE OTHER

My vision goes beyond my generation.

My Dream play Hide and Seek What is the “feeling” you miss most nowadays from the Cellar and San Francisco’s street jams?

Since, I perform more than ever I have no such Feeling

Do you think the younger generations are interested in the beat poetry and jazz?

You would mind telling me the most vivid memories from Kerouac, Kaufman, Corso, and more?

Please read “Can’t Stop The Beat”, I talk about Kaufman and others. Also “Blows Like A Horn” by Preston Whaley

Since 50s – what has changed towards the best – for our civilization and culture and what has gone wrong?

More and more are making life, we have come to the last gate we must UNLOCK.

THE SOUND OF THE WORD MUST EQUAL ITS MEANING.

It is not was. IT IS. POETRY IS A STRONG WEAPON.

Because its notes are on THE PATH OF EXPLORATION.

What first attracted you to the jazz & how has the blues and jazz music changed your life?

It parallels my own approach to language. It did not change my life. IT CONFIRMED IT. 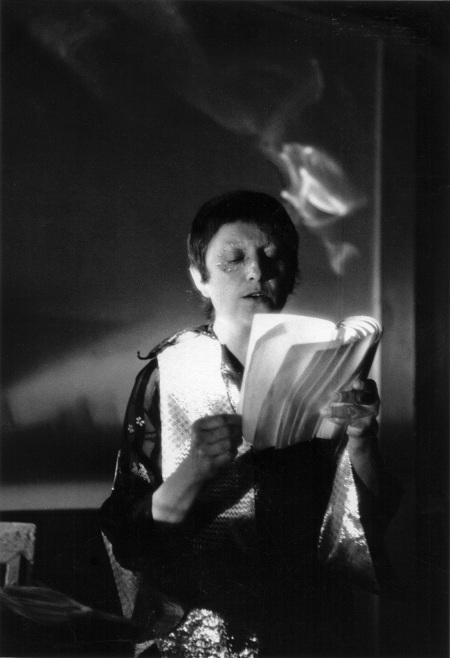 The Best is yet to come. The worst is the past

THE PAST, THE PRESENT AND THE FUTURE MAKING A RUBBER BAND BALL BOUNCING HIGHER AND HIGHER.

Do you know why the jazz is connected to the avant-garde culture & what characterize the philosophy of jazz music?

Make an account of the case Beats & Jazz music and who from THE BEATS had the most passion for the Blues & Jazz?

Each true artist (and that includes all the ARTS) LIVES THAT PASSION. HOW DARE ONE COMPARE.

Do you know why the blues and jazz is connected to the Beat culture & what characterize the “sound of Beats?

Title of my book: CAN’T STOP THE BEAT

Which of historical personalities would you like to meet? How you would spend a day with Sappho?

I meet them daily. Sappho would agree with me.

Would you mind telling me your most vivid memory from Jack Kerouac’s haiku dialogue and Neal Cassady?

Are there any memories from Frisco’s jamming and reading with street musicians?

The unexpected is always around the corner

…the plumb line to the soul

Jazz and Blues are……

…all in the riffs

…a wounded bird whose wings could not carry him....out of the nest

What did you know about Greek poetry?

Sappho is one of my most beloved of poets. 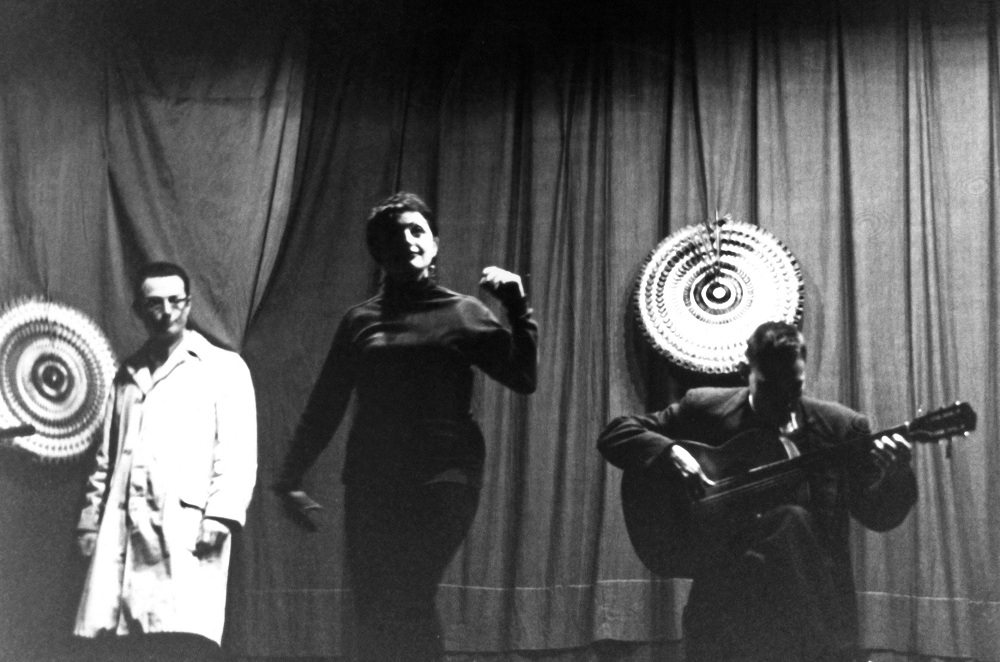 Comments from friends for ruth weiss

"Beauty looking good in time. Right time and the night time like minimal answer time, keeping time with Lady Day & Sappho the time birds copulate in flight clasped vulva to vulva. I remember we read together maybe at an Oracle reading or some such at the beginning of the Haight-Ashbury time after that Joe's Place time.

The first JAP of the Beat. Glenn mentioned he had seen her when we visited. I can't remember where she & I read that time, but I think it had something to do with the Oracle"

"Yeah, met her in the sixties, we read together a few times, last time I think was the North Beach Street Festival.  She used to head the Spaghetti Factory readings.  Chatted with her when I was presented with Lifetime Achievement Award in Oakland in 2006.  Saw her a couple of times since then when she came down from Albion.  Jack Micheline, her and I, read at a couple of places in the distant past.

Charley Plymell's words on the ruth weiss interview on Greece web site inspired me to write this poem for her.

She grooves with time
day time, night time
be bop jazz time
dances with timeless time
all rhythm no rhyme
birds in flight flap their wings
copulate with the wind

she sings her song
another night
another day
bitch slaps father time
kaufman, son of jazz
in her heart
micheline in her blood
jazz in the Fillmore
jazz on the Harlem roof-tops
full moon rising
with poems that dig into my bones
lubricates the gears of my mind
lost in a haze of motionless motion
A.D. Winans.  11-21-12

"I was just with ruth in Austria for a festival.  She is incredible."

"ruth is a singular spirit..."