Practice hard, be true to yourself and don’t loose the roots!

“We have no gimmicks,” says Doug Deming. “We play pure traditional music from the heart, with an image that conveys a deep respect for the genre.”  As a result, Doug Deming and the Jewel Tones have been become regulars on the national blues and jazz touring circuit as well as an ‘in demand’ backing band for a ‘who’s- who’ of today’s top American roots music performers, including Kim Wilson of the Fabulous Thunderbirds, Louisiana Red, Chicago Pete, vocalist Alberta Adams, Black Top’s Johnnie Dyer, W.C. Handy Award winner Johnny ‘Yard Dog’ Jones and the legendary Lazy Lester. 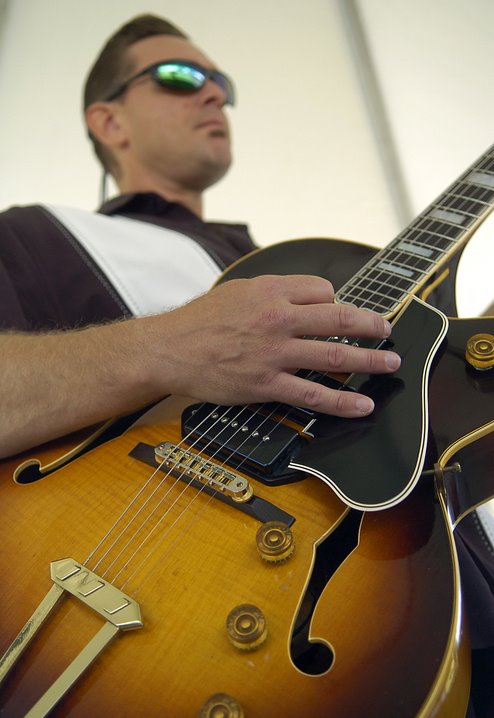 Detroit guitarist and Handy multi-award nominee Johnnie Bassett describes the band as “Great talent…that people outside the area will come to know.”
Doug Deming has been the driving force behind the Jewel Tones (formerly known as the Blue Suit Band) since its beginning in 1991. As a guitarist and vocalist, he acknowledges a musical debt everyone from T-Bone Walker and Muddy Waters to Nat Cole and Count Basie. The group’s recordings achieve originality while staying deep in the genre. The group’s second release “Falling through the Cracks” on the Mighty Tiger label, features the Harmonicas of Dave Morris, Dennis Gruenling and Kim Wilson, who also co-produced.

Doug, when was your first desire to become involved in the music & who were your first idols?
My idols then are really the same as my idols now…when I heard the originators I was knocked out. Muddy Waters, T-Bone Walker, Little Walter, BB-Freddie-Albert King, Sonny Boy Williamson (Rice Miller) Magic Sam…I guess the list goes on. I guess lately I would add the some guys from the swing – jazz side of things. Nat Cole, Bill Jennings, Tiny Grimes, Count Basie and Buddy Johnson.

In what age did you play your first gig and how was it like (where, with whom etc.)?
I played my first gig at age 21 in my home town of Detroit. I was the first line of the band I currently run now- 21 years later. What made you fall in love with the blues music?
I guess I would have to say honesty. I think that blues is honesty set to music

What does the BLUES mean to you & what does MUSIC offered you?
Same as above really honesty

Why do you play GUITAR & what were your favorite guitars back then?
I’m not sure why I gravitated to guitar. My father had an old acoustic and strummed it around the house. I guess I wanted to be like him. Later when I started to learn to play I wanted to play the guitars that my heroes were playing. 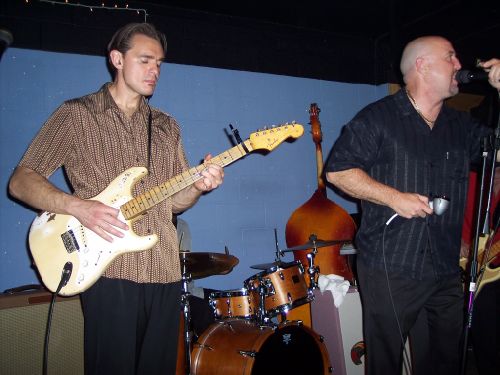 Which was the best moment of your career and which was the worst?
The best is a tough question – there have been many high points. Playing with some of my favorite artists really top the list. Touring with Lazy Lester and Kim Wilson were really high points.

How do you describe the Jewel Tones? What characterize Doug Deming’s music philosophy?
I describe the Jewel Tones and a blues band…but- to me the blues is a lot of things. I think of all roots music as blues. Elements of jazz, swing, country and really rock and roll all seep into the music that we play. It’s all delivered with a traditional vibe and to me it’s all blues.

Tell me about the beginning of the Jewel Tones. How did you choose the name and where did it start?
I started the group in 1991 in my home town of Detroit and called the band the Blue Suit Band. After playing nder that name for a while it came to my attention that there was a record label that had already used the ‘Blue Suit’ name. I eventually changed the name to the Jewel Tones and thing that it has a classy yet retro vibe. 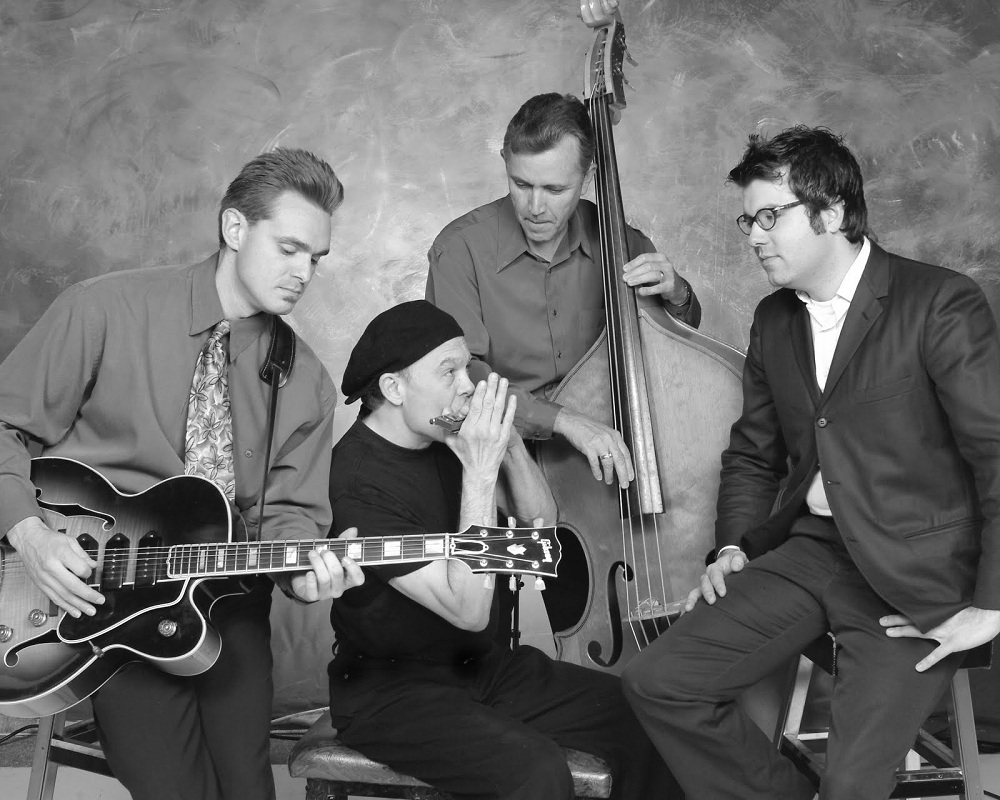 When did you first meet Greg “Fingers” Taylor which memory from Greg “Fingers” makes you smile?
I met Gregg when he moved to Detroit for a while in the late 90’s and early 2000’s. We played together off and on for a while and did some recording together.  My best memories of hanging with Fingers would have to be the entire compilation recording he would make for the guys in the group. Every time we’d see him he would hand us stack of compilation tapes and later CD-R’s . We though he probably never slept – but got a great education listening to all the great obscure tunes.

What are some of the most memorable shows and jams you've had?
I had the honor of playing the Handy awards with Johnnie ‘YardDog’ Jones the year that he won for best new artist.
I also and proud to have played Gary Primich’s last European tour. Gary was a one of my favorites.

What are you thinking when you guys are on stage? How do you describe your contact to people when you are on stage?
When I’m on stage I really just try to be myself. I think it goes back to the ‘honesty’ thing. For me, the best show is when it not an ’act’ 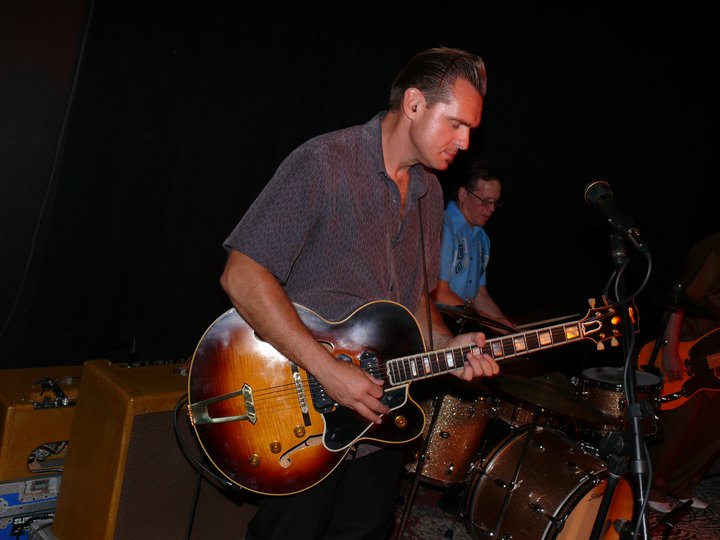 Do you remember anything funny or interesting from Alberta Adams?
The best part of working with Alberta is knowing that she has been there…she played with Duke Ellington and T-Bone Walker and Tiny Bradshaw. When she hears your playing and says ‘that’s real T-Bone!!’ it makes my day because I know she means it and heard him first hand.

Are there any memories from Lazy Lester, which you’d like to share with us?
Lester has  a unique presence about him. People like him from the second he walks on stage – before he says or plays anything. I’ve seen it over and over and it’s amazing to me.

You have played with many bluesmen. It must be hard, but which gigs have been the biggest experiences for you? And why?
The Handy Awards with Yard Dog, Touring with Lester and playing show with Kim Wilson are really the most memorable. 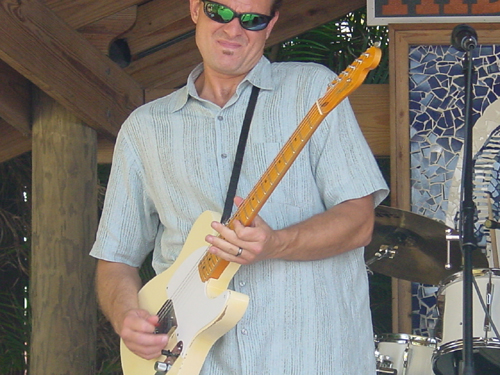 Are there any memories of all GREAT musicians you meet which you’d like to share with us?
I’m always happy to meet great musicians and love to find out that they are also great people. I think that is something that is common in the blues world. Lots of nice people.

Which of historical blues personalities would you like to meet? From whom have you have learned the most secrets about blues music?
Probably T-Bone Walker- I’d love to shake his hand and thank him for the inspiration.

Some music styles can be fads but the blues is always with us.  Why do think that is?
Hate to repeat it over and over again but really – Honesty. It’s very human, stripped down, honest music that normal people can relate to. For that reason I think it is here to stay.

How do you see the future of blues music? Give one wish for the BLUES
My wish is that the blues doesn’t forget it’s roots. There are many artists right now mixing blues with other types of music and it’s gaining popularity. I just hope the roots aren’t forgotten.

What advice would you give to aspiring musicians thinking of pursuing a career in the craft?
Practice hard, be true to yourself and don’t loose the roots!