Fusion culture guitarist/singer Dave Herrero, carries the message of legacy of Blues around the world

"Life in the Blues to me means and ability to artistically express myself creatively and share love and positive energy with other people and get it and return as well."

The son of Dominican and Jewish Egyptian immigrants, Dave Herrero grew up in the Tampa Bay area obsessed with music and American Blues and Rock & Roll of the 1950's and 60's. Sneaking out of military school to play in local blues clubs at age 15 is how he cut his teeth, which prompted his move to Austin, TX, to learn from the best. The multi-instrumentalist serves as a singer, songwriter and producer on his new album, "Corazón". 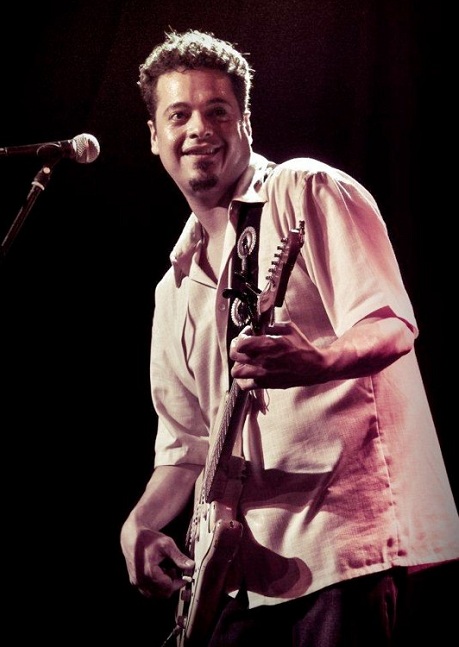 Dave Herrero has always had an affinity for the finer things in life, like fine French wines and Cadillacs of the 40's. This carries over into his craft, and when he creates, he strives to create something beautiful and unique. "Corazón" crosses through genres of rock, psychedelia and singer songwriter music, but definitely owns the space it occupies. From the subtle ambience in songs like "Angeline", to the distorted growl of his guitar on "Old Sun", one can tell Herrero definitely is a force to be reckoned with.

He’s teamed up with guitarist and songwriting virtuoso Felix Reyes for years, releasing 2009’s Austin to Chicago to critical acclaim (it was nominated for Illinois Debut Blues Album of the Year). That album delivered a collection of original material and rare covers powerfully crafted to embody both Texas and Chicago blues styles through the perspectives of accomplished musicians from two different generations. The album created something current, but with a meticulous 1950s blues sound.

Dave is a seasoned professional who has been blessed to play some very exclusive shows at such a young age. Among them are around Blues festivals in Europe, supporting Archie Bell and the Drells in Europe, Chicago Blues Festival with Jimmy Burns, Kenny Smith and Dave Specter.

When was the first time you felt the need to play the blues?

The first time I got struck by lightning which was the blues I was 15 years old in the military Academy and I snuck out to go to a blues jam with a friend of mine named Steve Burdi. He was playing with a guy named James Peterson, or it may have been Sarasota Slim.  I saw the way that he moved the crowd with his tone and style and there was a black gentleman sitting next to me by himself drinking a beer who was really moved by the performance and I said wow this is truly amazing. Then about a year later in Jacksonville, Florida, I saw Johnny Copeland and Buddy Guy and when I saw Buddy played a song called "Feels Like Rain" and a big thunderstorm came over the crowd right when he started singing that song started raining on everybody and it was truly a magical moments and at that moment I decided this is exactly what I want to do.

How has music changed your life? 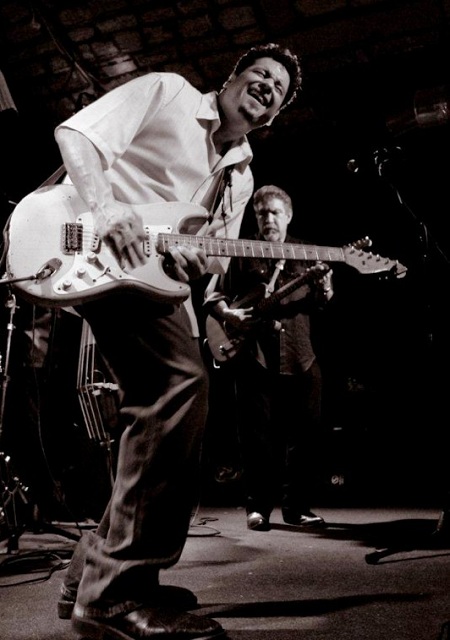 Music is my life and always has been my life ever since I was three years old at a wedding standing in front of the band pretending to conduct it I've always known very very young age that this is what I wanted to do. Because of the music I've been able to travel the world and have amazing experiences with truly special people all over the world.

How do you describe Dave Herrero sound and progress, what characterize your music philosophy?

Spreading love through music. My sound is honest and hopefully I can continue to make good music with people I love. Our sound is Roots Blues and Rock n' Roll. Americana I suppose.

Life in the Blues to me means and ability to artistically express myself creatively and share love and positive energy with other people and get it and return as well.

Right now!! The best moment of my career is when buddy got himself loaned me his guitar to play with Jimmy Burns because his guitar player couldn't make it but he agreed to let me use his guitar and then suddenly the band was very complementary of my plan. It was on Jimmy’s 69th birthday.

The worst moments always seem to end up being positive in the end so I can't really say anything about having worst moments.

Because it's timeless music that people can relate to regard this of language country culture or Borders.

Which memory from your shows at Buddy Guy’s Legends and recording with Jimmy Burns makes you smile?

When Buddy Guy himself loaned me his guitar to play a show Jimmy Burns because his guitar player could not make it and then Buddy sadden with us and was very very complementary of my playing it made me feel like $1 million. 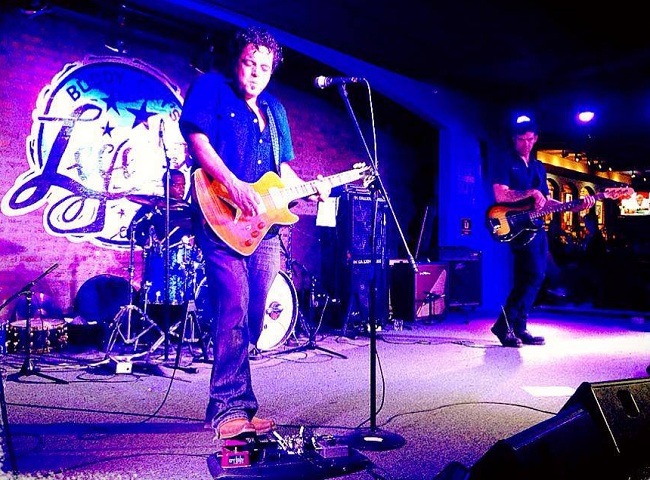 Do you remember anything funny from Kenny Smith, Dave Specter, Cedric Burnside and Archie Bell?

Kenny Smith - walking down the halls when I was teaching and running into him in the hallway because he was also teaching at the same school.

Dave Specter - being interviewed by him when he was actually one of my mentors musically by listening to his records.

Cedric Burnside- shooting guns off in his backyard in Mississippi.

Archie Bell doing a USO tour of Hungary, Bosnia and F.Y.R.O.M with him. He really knew how to have a good time

The best jam was in Copenhagen Denmark last year after the Copenhagen blues festival and we went in and absolutely crushed the room people were freaked out because they had no idea what was coming. The most memorable gig I had was probably one Gary Clark Junior, myself and J-Moeller played for movie stars in the middle of nowhere Texas thanks to John Paul Dejoria, owner of Paul Mitchell hair products. His wife was in the movie and he loves our music.

The most important experiences meeting wise to become being friendly with Jimmy Vaughan and Billy Gibbons they're really sweet kind people and they're always looking to help to nurture the younger generation. The best advice ever given to me was by Buddy Guy said work hard and never give up. Originality. Many artists today are not writing songs and they want to play just like the record but my question is “what would the people that created this music think of people playing it exactly as they did”? Would they want to hear people doing something original of their own like they did or would they like to hear people re-creating what they did exactly that for note.

My hopes are to be original, and stays alive my fears are that it remains stagnant.

What are the lines that connect the legacy of Blues with Soul, Roots and continue to Rock and Roll and beyond?

That line was the Mississippi River is the Blues started in the Delta traveled up the Mississippi St. Louis became Rock 'n Roll became Soul turned in the Funk became Hip-Hop and now it is where it is now an American music.

What's been your experience from the Europe? What is your music DREAM?

My experience in Europe had been all love and learning, food and amazing cultural experiences. My music dream is to play music for people who love it, for the rest of my life.

How is a fusion culture musician to play the blues in USA? What's the message of Blues in the world civilization? The messages to spread love and positivity to music for me.

From Florida to Austin and now in Chicago. What the difference and similarity between the local Blues scenes?

The blue scene in Florida has gotten much much better in the past several years and lots of artist like Damon Fowler coming out of that area. Austin had a very magical nurturing vibe that wanted people to be original but respected tradition. Chicago Blues Scene is mostly a minstrel show, is tourist is based for the most part. I feel it's very unfortunate.

To chess records in 1955 to hear little while to record juke.