"No matter if one’s rich or poor, young or old, black or white, civilized or not, and beyond any kind of discrimination, ‘Blues’ is equivalent to me with ‘Real Feeling’"

"QUALIFIED" is a Greek blues/rock band founded in the late 90s’ by Stamatis Kappatos and Periklis Hatzis. After experimenting in sound and style, they are issuing their debut CD entitled “Leave it all 2 Fate" with Fotini Roussos on vocals, Vassilis Nikolopoulos on keyboards/production and Mixalis Skoutelis on drums which follows blues/rock direction. After 7 years of complete silence, reunion of the hard core: Periklis “The Face” Hatzis (Voice & Electric Bass), Stamatis “Charcoal” Kappatos (Voice & Guitars), Mixalis “Funkey Cat” Skoutelis (Drums) and Panagiotis “The Wizard” Papanikolaou (Keyboards), re-founds the group now called  “Qualified – Reloaded” and is on the road again … 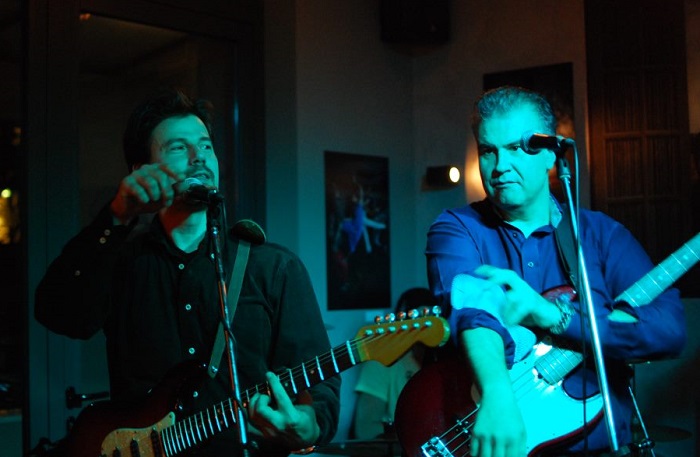 "The general idea is that as a band we like to create 'magical' sounds that touch peoples’ hearts by using mostly simple things as love for what we are doing and friendship among us."

Returning to the roots of soulful playing, and uncommon approach of their own and even - carefully selected - other bands’ songs. Always close to Blues, Rock, Funk and sometimes Jazz pathways the band’s original sound is made up from the unique blend of different influences, processed through Heart, (mainly) and Mind. The band is now working on new songs and has several music actions. Wheels are turning while engine is working at full power!!

Stamatis: Come to think of it… the phrase “The Blues is the kind of Music that can be found into every human being’s heart” is very close to my thoughts about it, at least till now…No matter if one’s rich or poor, young or old, black or white, civilized or not, and beyond any kind of discrimination, ‘Blues’ is equivalent to me with ‘Real Feeling’.. Everyone has been suffered or being in pain (mental, psychic, physical etc.) for some time, so for my own way of thinking, has the ability to ‘feel’ what Blues is all about. Personally, when the ‘Blues’ touches the strings of my soul, I feel as more ‘alive and well’ (Johnny Winter used to sing it !) as I can get.

Periklis: From the blues I learn how to use in music the right half of my brain, which means to feel and to have emotions. The Blues meaning to me is mixing all feelings together at the same time.

Mixalis: The most important thing that I learnt is that music and its expression is not about technic and image…but pure feeling from the heart, my first thought, my feelings, pure as it is!!!!

What is the story behind the band’s name? How do you describe “Qualified reloaded” songbook and what characterize band’s philosophy?

Periklis: The band’s name is inspired by the song “Qualified” of the great Dr. John and I think that this name characterizes also the band’s philosophy. “Your Cadillac ain't no hipper than my bus stop” is one of the song’s lyrics. The general idea is that as a band we like to create “magical” sounds that touch peoples’ hearts by using mostly simple things as love for what we are doing and friendship among us. That is being “Qualified”. 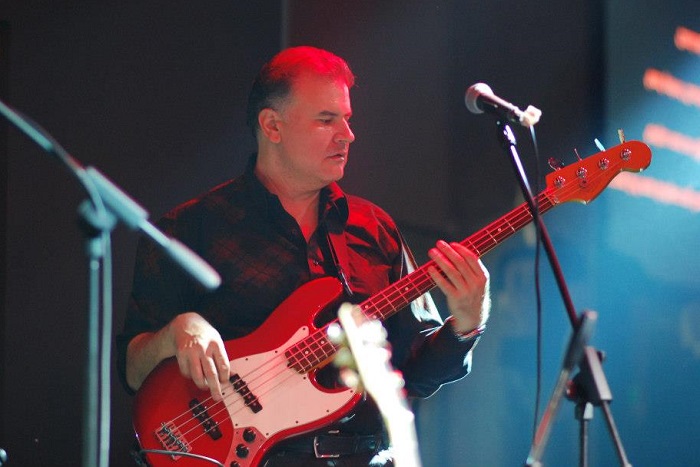 "From the blues I learn how to use in music the right half of my brain, which means to feel and to have emotions. The Blues meaning to me is mixing all feelings together at the same time."

Stamatis: From my point of view, interaction between players and audience was more honest. When musicians played music, not only as a job/profession but as a need and way to speak right through the heart, audience received it, and returned a positive feedback and this circle was going on and on… Nowadays I feel there is –lots of times - competition among bands, musicians and even audiences…  I often see people in the audience screaming (‘Yeah’, ‘Fantastic’, ‘G.O.D.’, ‘Man you are the one’ etc.) full of ecstasy at their favorite bands or musicians, no matter what they listen to or hear, and even if the playing is really bad or out of tune or … very simply the bands/musicians are in a “bad moon” … For me indicates that many times the audience comes to see a show with a preset opinion and here’s where I disagree with this attitude. For instance if a band is  a “TOP NAME” then … has to be GOOD and there is NO question about it…  I mean that …Ok… It’s good to ‘accentuate the positive’ (as Dr John sings) but there’s no room left for the ‘un-expected’ and reactions of the people seem to be fake…The interaction between audience and band becomes less real. And this IS a problem. Of course no musician likes to have a bad day (ok…usually night) but …I prefer hard realistic critique (it is into the whole game of life) than a false feedback.

Periklis: Personally, I notice in modern music a lack of inspiration. It is most rare for me nowadays to find melodies, such as those having touched me in the past. What I fear mostly is music’s continuous commercialization and computerization. I hope that there will always be inspired musicians that could create interesting rhythms, Riffs, solos, melodies.

Mixalis: I think that the old days were more pure than now. Things now are complicated. People are losing the essence of life. They only care about the image and not the essence. My fear is exact that. I hope that people will start searching for the simple facts of life. Understand that there are many things, not necessary for us to live with. 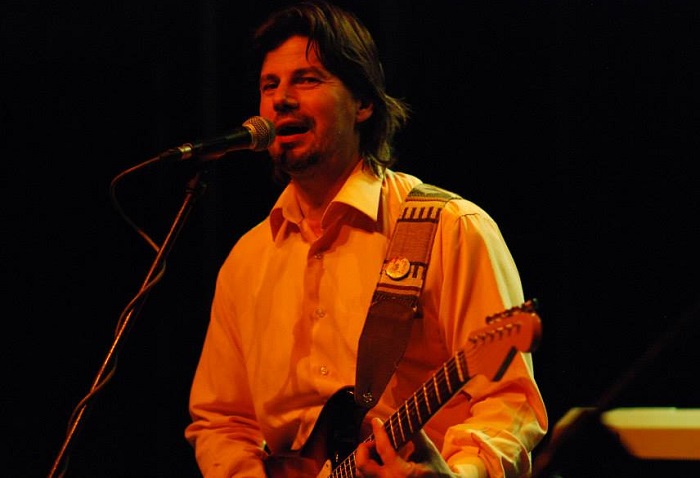 "Personally, when the ‘Blues’ touches the strings of my soul, I feel as more ‘alive and well’ (Johnny Winter used to sing it !) as I can get."

Stamatis: To me the most interesting period in local blues scene is, when the band ‘Blues Wire’ formed and step by step, with the help of other bands (The band ‘Diesel’ for instance!) and musicians of course, changed the general minding of an enlarged Greek audience against Blues Music.

Periklis: I think that a lot of people here in Greece like the blues, however the mentality in general does not help the situation since the majority of live stages promote commercial music which is more profitable.

What are the lines that connect the legacy of Blues Rock from States and UK to Greece?

Stamatis: As I also mentioned above ‘Blues Wire’ is a big inspiration for a big number of local bands (Mr. E. Zaikos and N. Dounousis thank you from my heart!). I can’t help but mentioning Yiannis Drolapas with his Hedrix-ish attitude of playing rock & blues (Diesel, Vavoura Band etc.) through his unique genius blend with folk Greek music idioms, as well as Mr. Spathas of ‘Socrates’.

Stamatis: The change of a music stage placed in Southern suburbs of Athens from a “free, full of quality/style, with low cost entrance and ‘musician-friendly’ home” … to a (definition of the word) kitsch place where any kind of what I call … BAD Greek music is mixed to form a tasteless product… (J.J. Cale was talking about it as … ‘Money Talks') is a reason to laugh (OK! A bad one!) and cry at the same time … The fact that at least one person (like you, Michael) is strongly influenced from the World Blues Scene and is productive about the respective scene in Greece is a strong emotional touch!

Periklis: I don’t remember having laughed with something in specific; I usually laugh all the time. From the local music circuits I am emotionally touched from the Greek blues band “Blues Wire” which always was teaching me how a band should perform. 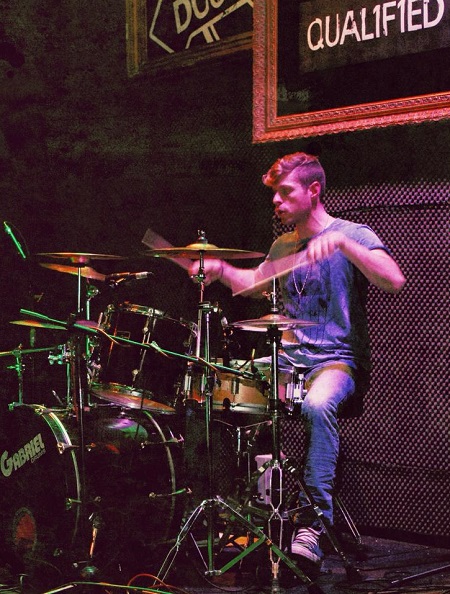 Periklis: One of my greatest memories is a live performance, at the end of 2012, during which we just met on stage after a several years pause and just played live. It was sensational.

Mixalis: Every gig, every jam and recording is unique!!! We may be at stage giving our best for the people, but believe it or not, we are playin’ for us as well!!

"I think that the old days were more pure than now. Things now are complicated."

Stamatis: No more playback performances!! I would pass (hypothetically speaking!) a low with high penalties for places (music scenes-sic-stages, TV shows etc.) that allow playback [Understand it: A Playback performance is NOT equivalent with a live one!!] I also think that TV Reality Shows with music contests should also be forbidden...

Periklis: I would prevent people in Greece from becoming guitarists. They are overpopulated. Ok I am just kidding but there are other interesting instruments also. How about the trumpet? We cannot find many trumpet players in Greece, can we?

Mixalis: I would like to give people the chance to have more music in their lives. More stages to watch gigs, more places and programs to learn music! More musical reaction in their lives.

Stamatis: I’d like to live a whole day in the studio where Miles Davis was recording  “A Kind of Blue” and breathe the same air  with all these ‘one of a kind musicians’, or (Ok I know it’s very different!!) a whole day with Keb ‘Mo while recording his “Just like you” album! He has these ‘fresh’ lyrics and acoustic blues ideas. A real connection between the past (where he tips his hat) and the present (where he handles the blues feeling with a pure, honest and soulful way).