"What we can say for sure is that the blues and later soul/funk music made a case for the rights of Afro-Americans and against racism. Finally the blues as a genre have had a huge impact on popular music and therefore you can say that they have influenced our culture worldwide."

The Jumpin' Bones: Bad To The Bone

The Jumpin' Bones are a Rhythm 'n Blues band formed in Athens, Greece during the Spring of 2014 by 3 childhood friends. But as early as their college years Orestis Tsikouris (vocals, harmonica), Dimitris Dakopoulos (guitar), and Konstantinos Aloupis (bass) were playing together in various small garage rock bands. The following years, their studies abroad forced them to stop any musical activity until they reunited in 2011 to form a heavy blues-rock band called The Blues Meanies. They joined forces with other bands from the Greek Blues Scene and performed live in various stages and clubs. They also released a promising demo of their song “Drummer's Heart Blues”. But meddling with other musicians and performing live led them away from Rock and further into Rhythm n' Blues and eventually to the formation of “The Jumpin' Bones” sound. The addition of the experienced Spiros Gavalas (Drums) helped in that direction.   Photo by Iro Poulouki What do you learn about yourself from the blues music and culture and what does the Blues mean to you?

The Blues are still teaching me to express myself directly and with honesty. Less is more, and that absolutely applies to this kind of music. It also keeps reminding me that in the end of the day it's the simple things in life that matter. This is the culture of the Blues, and that's why very often the people involved only do what they do out of love for the genre.

How do you describe The Jumpin’ Bones sound and songbook? What characterize your music philosophy?

When we first listened to our songs recorded we were all surprised to hear that they came out really different than what we were planning for them to sound like, but we soon realized that it’s just a mixture of many influences. To begin with both me and Dimitris (Dakopoulos), our guitar player, have been a lot into West Coast Blues, and we were planning to move towards that musical direction. We even like a lot the very early Rhythm 'n Blues and Jump Blues music. But as you might notice if you listen to our album “Marrow”, rock & roll music is in there too, since you can never hide listening to rock music and playing in a garage punk band as a kid... Last but not least, we’ve always felt very happy playing music that people can dance to, and I believe that we did get that one right! Our Music philosophy is simplicity. We are no virtuosos, we know it, and we stick to what we can play well. Personally I work everyday to improve myself as a musician, but I also keep in mind that playing too much is a perfect way to ruin this kind of music... 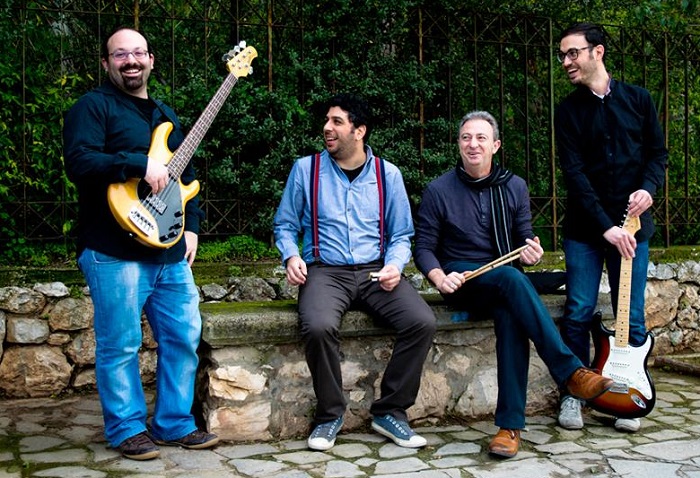 "In the past blues musicians were attempting to move the genre forward, by figuring new ways to play the blues. I hope that someday we are gonna witness yet another revival of the genre."

What were the reasons that made a Greek musician to start the Blues, Swing, Jive and Jump researches?

I was into all kinds of Afro-American music since childhood and I was always into music one can dance to. Of course there was a time as a teenager that I was into punk rock, but even that eventually led me to Ska as later Rockabilly music led me to Chuck Berry... In the end I chose the Blues because of the incredible power this genre has when performed live... It only took a few important blues gigs in my early 20s to make me decide that this is my favorite genre. For example U.P. Wilson's gig in Athens a few months before he passed away had a huge impact on me.

A very important acquaintance within the blues community, and one who has helped me a lot as a musician is Dimitris Ioannou of the Blues Cargo, a guy with a heart of gold. He straight away introduced me to another important guy for me, Nick Skiadopoulos, an incredible harmonica player who has taught me a lot about the instrument and the blues in general.

Best advice I ever got was from a 92 year old guy who rides a motorbike. He told me I shouldn't take life too seriously, and to this day I try not to.

Well one of the gigs I will always remember was our participation to a “A Night for the Ramones Festival”, a live tribute that took place in Kyttaro Live Club. The place was sold out and packed with at least 700 people. Many great bands were to play that night but most of them were -of course- punk rock bands and I was worried that a blues band won’t fit musically in the lineup. But contrary to what I thought as soon as we started playing the audience went nuts and some even starting dancing! So that night I became more optimistic about the potential of a blues band in Greece. 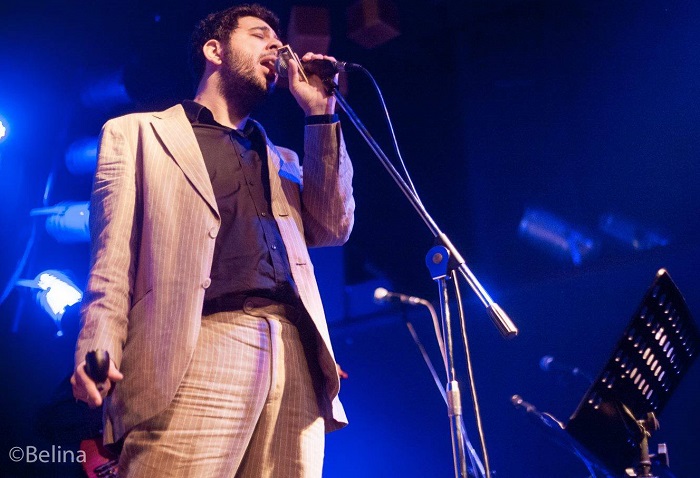 "Sometimes I feel you could use the lyrics of a rembetiko song translated in English to write a blues song and vice-versa." (Photo: Orestis on stage, by Belina Photography, 2015)

In the past blues musicians were attempting to move the genre forward, by figuring new ways to play the blues. I hope that someday we are gonna witness yet another revival of the genre. Besides, the blues community has recently lost young promising artists like Sean Costello and especially Nick Curran who were really trying to be innovative.

I believe that the musical world is directly related to the economical world. Music at the moment is mostly just a product, and therefore an artist who wishes to economically depend on his own music is forced to make compromises. For example as the Blues is a non-commercial genre even in the US, it's hard to make a living out of it, and in most other countries it’s impossible. So it takes extra effort (or cash) for someone to try and be innovative. In order for all that to change, the way the world works would have to change.

I think that the blues scene is Greece is interesting and creative, and what it mostly lacks is a fanbase. Of course we live in a country where even rock or jazz music are not very popular but I believe that acting more as a scene through mini festivals would help. I sometimes feel that even people who are interested in the blues or listen to one of the Greek blues bands, do not know that a Greek blues scene exists...

Taking into account the number of new Blues albums released I believe that it's actually the last decade that is the most interesting period in the local Blues Scene. Some might not care about original material but for me it’s what matters the most, and these particular albums released represent many blues styles and roughly two generations of Greek blues musicians 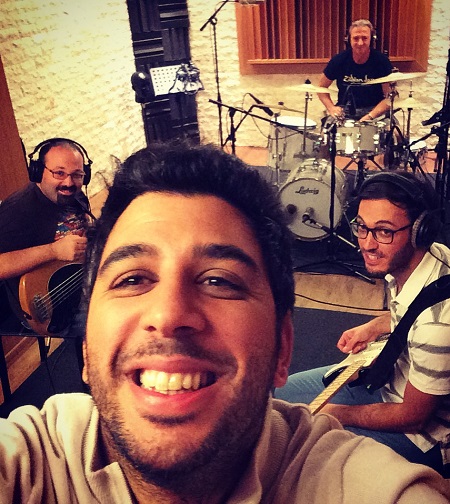 Well local bars who think that musicians should be ok playing just for “exposure” and for little or no money makes me laugh, but that ain't a good laugh...I was touched by the support our first album got from the biggest part of the local blues community. And it means a lot especially when it's coming from the older generation of musicians, because “Marrow” is definitely not a classic blues production.

Musically the only local folk music that has a few similarities with the blues is the traditional music of Epirus, since them both use variations of the pentatonic scale. Rhythmically though there are no similarities whatsoever. But culturally and lyric-wise, rembetiko is extremely close to the blues. Sometimes I feel you could use the lyrics of a rembetiko song translated in English to write a blues song and vice-versa.

Well this is hard to answer this in a few lines. For the first blues musicians in the beginning of last century this music was a way of expression for a repressed society. Later with urban forms of the blues, things got complicated and you can find musicians who would continue this tradition, others who were only training to be good entertainers and even some who would talk about politics in their songs. What we can say for sure is that the blues and later soul/funk music made a case for the rights of Afro-Americans and against racism. Finally the blues as a genre have had a huge impact on popular music and therefore you can say that they have influenced our culture worldwide.

Well I would like to arrive early on a Saturday evening to a juke joint where Robert Johnson was about to perform. I would check out all the preparations and after enjoy the show “'till the break of day”. No plans for the rest of the hours on Sunday morning since I am guessing I would spent it with a hangover anyway!