"Forget the ego because I promise you don’t have to go far to find players that are better."

Started out playing in rock cover bands in the early 80's touring the Southeast club circuit. Late 80's formed a country band called The Colts again touring the Southeast US opening shows for Kenny Chesney, Johnny Paycheck, John Anderson, Wade Hayes and many others. Having tried the Nashville scene with little success, he came home to focus more on his music store. 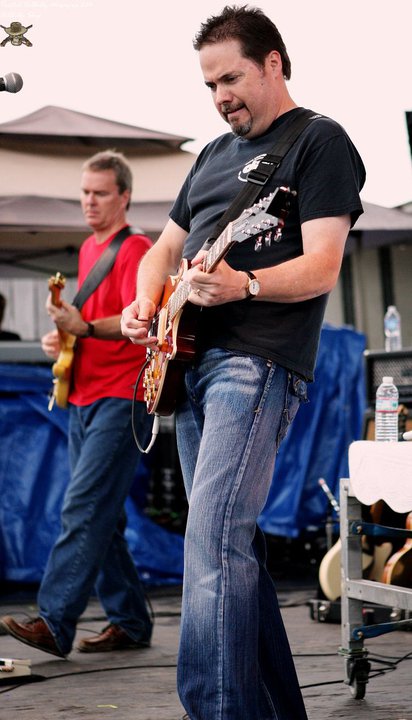 That wound up being a good idea. “Music City” was started in 1979 by Kenneth Anders in the basement of his house where he would host a weekly jam session and often found the players in need of small accessories such as strings, picks, capos ect. In the mid 1980's after being faced with a job transfer, Anders decided to pursue the retail musical instrument business as a full time job. In 1989 he hired Jerry Lyda, to come aboard and help run the store in order to pursue real estate interest. Jerry purchased the store in 1990 and has since grown Music City into Western North Carolinas leading supplier of top quality musical instruments. Always staffed by working musicians, Music City prides itself in understanding customer needs and knowing what will actually work for the customer. You may see the staff and owner on any given night performing in Asheville and surrounding areas keeping in touch with all the current musical gear and trends. Not long after that met Artimus Pyle – the original Drummer of Lynyrd Skynyrd - and struck up a friendship that has lasted to this day. Now Jerry play with Artimus Pyle Band, travel the US playing the Lynyrd Skynyrd songs people love.

When was your first desire to become involved in the music & what does music offered?

I was turned on to music from the time I was 3 years old and just had a passion for the guitar. I would listen to mostly country back then because that’s what mom and dad played around the house.  I was a huge Johnny Cash fan when I was little and I liked Buck Owens stuff and thought Ernest Tubb was cool too. I would be glued to shows like The Wilburn Brothers or the Porter Wagoner show. My first gig I think was in the basement of my church and the first songs I learned were some bluegrass and folk songs like On top of Old Smokey.

What characterize the philosophy of Jerry Lyda’s music?

I say you need to keep it real. Become a part of what you play by pouring your heart and soul into your instrument.

How do you describe Jerry’s sound and progress?

Well hopefully I have progressed over the years as a player and my sound would be that of what I consider the classic rock period of the seventies into the early eighties. 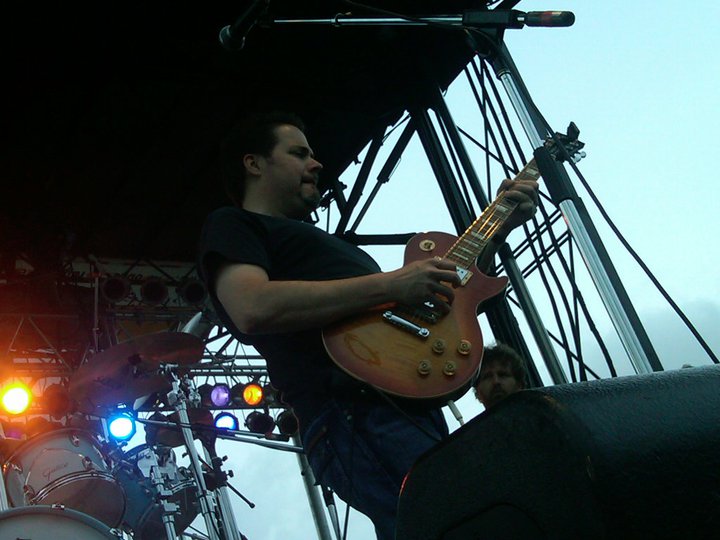 What is the “think” you miss from the “OLD DAYS OF THE SOUTHERN ROCK”?

I miss the raw powerful tones and passion that those guys delivered. The songs they wrote hit home with me and the blend of blues, country and rock guitar was right down my alley.

Some music styles can be fads but the Southern Rock is always with us.  Why do think that is?

It has to be because of the heart and soul that was poured into some of those songs. I think when things are real people tend to relate much better. If you listen to any of the Skynyrd stuff that Ronnie wrote you can almost see yourself in the situation he’s writing about because it’s about normal everyday life. Same goes for Marshall Tucker and The Outlaws as well as the other Southern bands.

The Rock Legends Cruise last year was definitely a highlight but there have been many. As far as a low point I cant really pinpoint anything specific other than maybe never having sold a million records but really if you can make a living with a guitar who’s complaining. 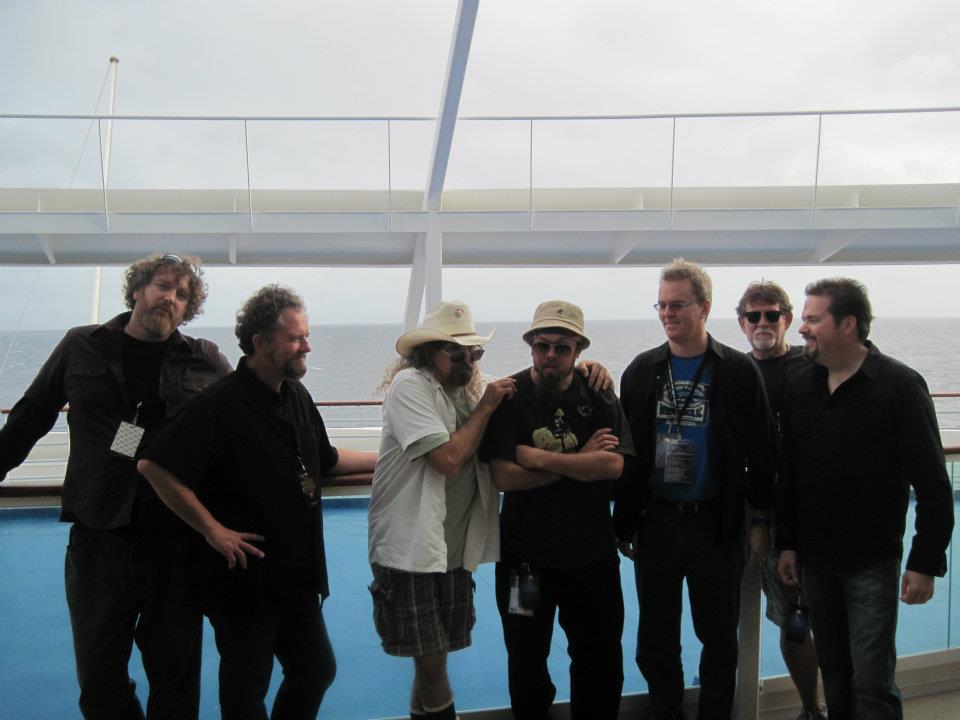 What's been their experience from “studies” with Artimus Pyle?

Playing with Artimus has been a complete pleasure and continues to be. To be able to play that music with the man that helped create it is pretty special.

What are some of the most memorable tales with Artimus Pyle Band?

LOL how thick do you want this publication to be? I can think of two different occasions where there were clouds and rain involved until the band showed up and the skies parted and the sun came out. The first time we felt we got lucky but the second time was a little erie. I think someone up above is looking out for us. I sure hope so.

What advice Artimus has given to you, what was your relationship with him & which memory from makes you smile?

He has increased my knowledge of how things work in the business and the importance of dynamics and delivery on stage. We have a great relationship, I consider him to be a great friend and a fantastic drummer to work with. 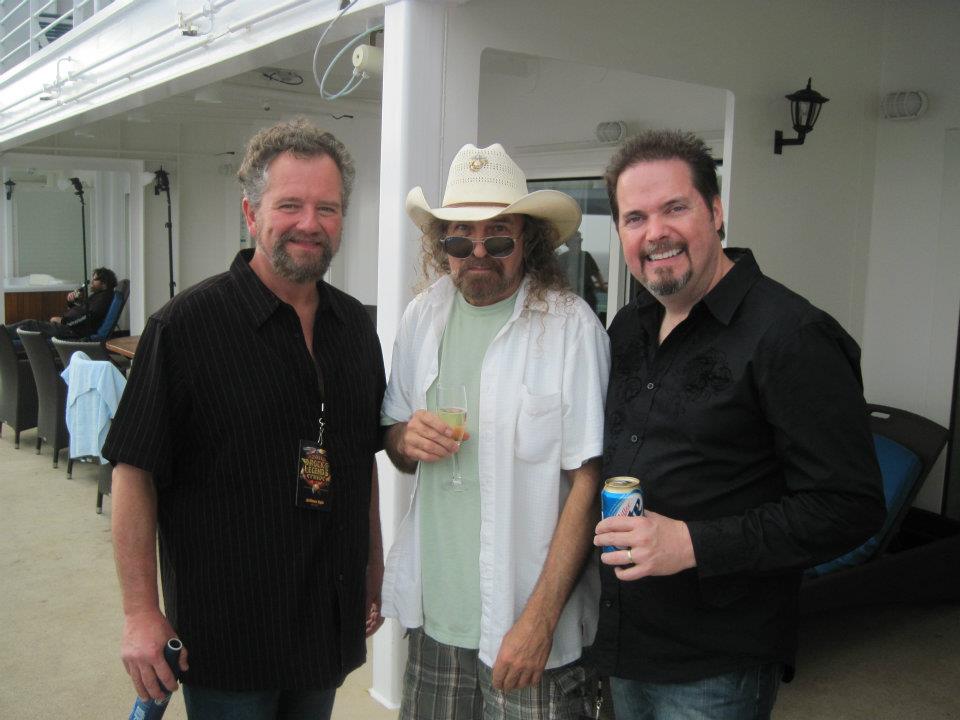 What I see now is what I call fabricated acts or corporate acts. In other words acts that are thrown together to make a quick dollar.  A focus on image more than substance. I’m not seeing real bands that are formed by real musicians whom have taken years to hone their skills being played on radio. At least not in the states. I highly doubt that twenty or thirty years from now people will still want to hear some of the so called music that is on radio now the same as they do the music from the sixties, seventies and eighties. I always felt there was something magical about going to the record store and buying your favorite bands new album and reading the credits and seeing the pictures and such but kids don’t seem to be into that anymore.

I did about a twelve year stint in country music that involved some great opening gigs for guys like Kenny Chesney, John Anderson, Johnny Paycheck and many others but I think the Rock Legends Cruise takes the cake. Any time you can crank a Gibson Les Paul through a Marshall half stack in the middle of the Atlantic Ocean you’ve done something special. As far as jams go I’m not a great jam guitarist but I was very fortunate to grow up around guys who are including an amazing musician from here named Matt Sluder . Matt past away a few years back and man do I miss him, he was an incredible person and an amazing player that knew how to let the songs breath and not step on other player’s toes in a jam situation. He could make guys that weren’t all that good sound look like rock gods. And also Warren Haynes grew up here and his ability goes without saying. So most of the jams that stick out in my mind are with local guys. 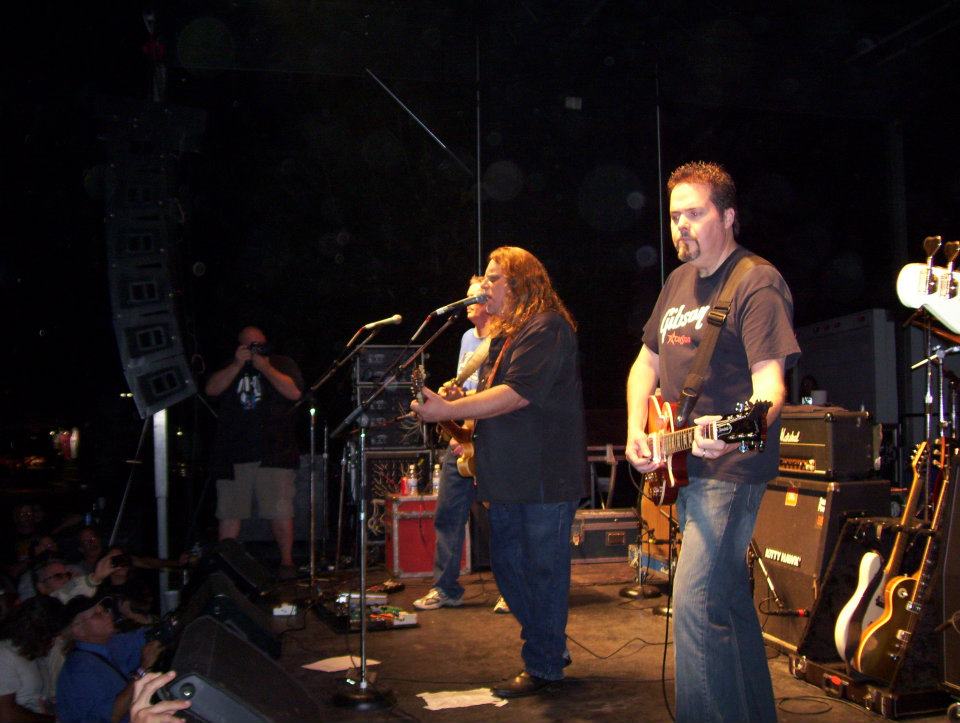 Oh Branded Heart is a lot of fun. It keeps me busy when APB isn’t on the road and we play some really cool tunes with some really great musicians.

There are way too many to pick just one.

Which of historical personalities would you like to meet? From whom have you have learned the most secrets about blues music?

I would like to spend an hour with BB King as far as living players. I was on the ship with Johnny Winter and Billy Gibbons but didn’t want to bother them. Tell me a few things about the MUSIC CITY, how that came about?

Owning a music store was always a dream of mine and when I got the opportunity to buy one I did.  I’ve always been passionate about guitars and amps and such and to make a living selling them is awesome. We have all the cool gear like Gibson guitars, Mesa Boogie amps, Orange and Marshall as well as all the major drum lines. I figure I have the best of both worlds being able to sell all the cool gear while going out on the road with APB.

What is your “secret” music DREAM? What turns you on? What experiences in your life make you a GOOD MUSICIAN?

I wish I were a great songwriter. To me being able to lay out a story that millions can relate to in a three minute song is mind blowing. As far as experiences in life that make anyone a good musician, I think first you start by surrounding yourself with players that are better than yourself. Forget the ego because I promise you don’t have to go far to find players that are better. Be willing to learn from all levels of players. Mosty live life and take lots of notes. 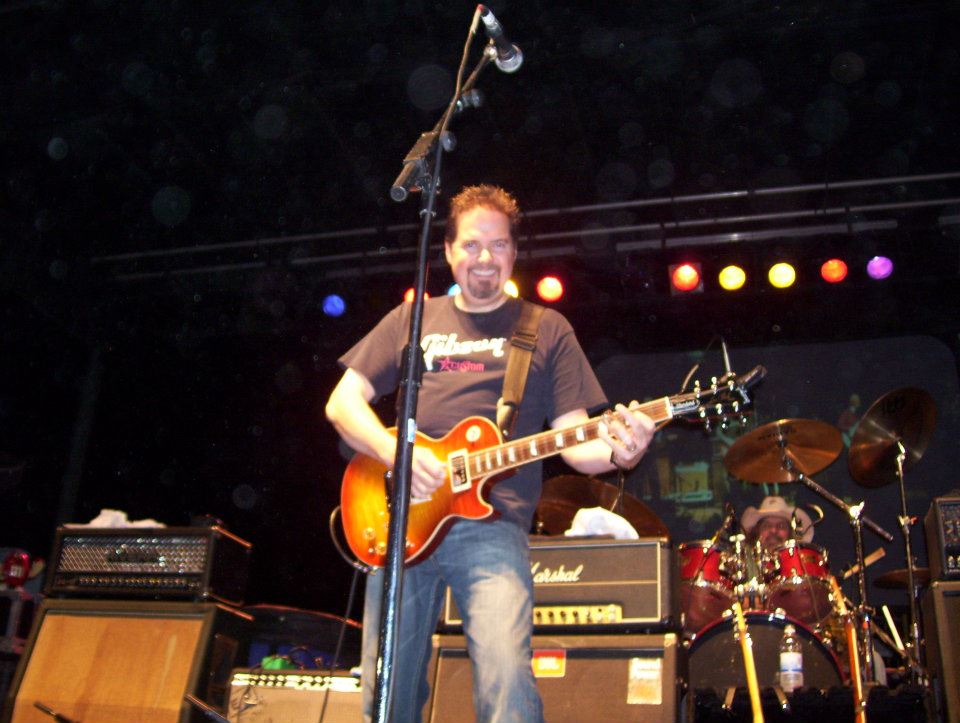