"Don’t quit your day job. Study to be a nurse, doctor, mechanic, computer technician…anything…the music business is tough to break into and even more so now."

Michelle Roche is a veteran of the music industry, focusing on public relations and marketing. Her experience includes spearheading the publicity departments at five record labels and she has worked with artists from almost every genre of music as well as movie soundtracks, books, and children’s audio books. As an independent publicist, her clients have included Warner Bros., Cartoon Network, Geffen Records, and more. She is currently based in Athens, Georgia, where she operates Michelle Roche Media Relations. 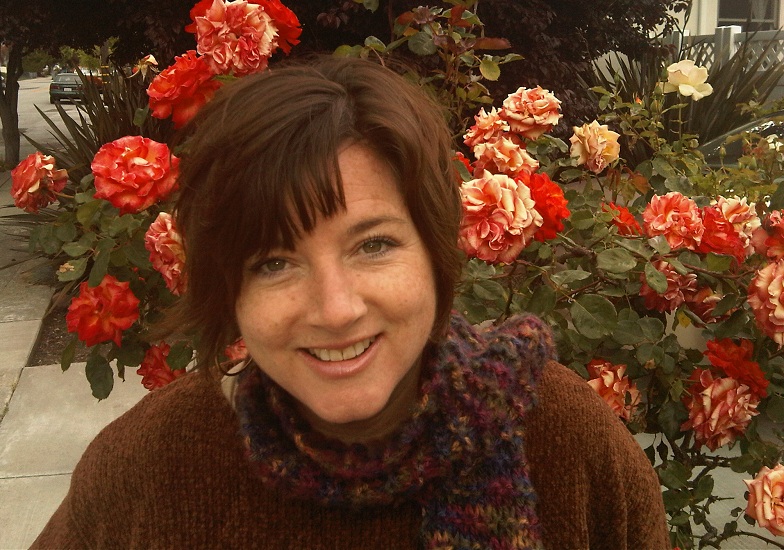 Her experience includes spearheading the publicity departments at five record labels, most notably Capricorn Records, where she worked with artists such as 311, CAKE, Widespread Panic, Jack Logan and The Glands. She has worked with artists in almost every genre of music as well as movie soundtracks, books, and music festivals. Since opening her doors as an independent publicist in 2002, her clients have included Chuck Leavell, George Winston, Tommy Stinson (of Guns N’ Roses), Victor Wooten, Edwin McCain, Kristin Hersh, ATHFEST and more. Her overall knowledge of how the music industry works, and the guarantee of personal attention, make her an asset to any marketing team.

Michelle, when was your first desire to become involved in the music?

I always had a love of music, primarily due to my Mother. I grew up going to musicals, learning to play violin, and participating in choir.  Back when I went to college in the mid-80s, people were not as savvy as they are now about knowing the mechanisms of the music business. I didn’t know there WAS a business. So after college I went to work for the CBS TV affiliate in Atlanta, and segued way into restaurant management.  From there, I took a job as assistant manager at Sounds of Buckhead, an upscale jazz club in Atlanta. I offered to do the PR, and all of a sudden, I was not only dealing with the local media, but also fielding calls from artist management and record labels. A light bulb went off inside my head and I realized this is what I wanted to do as my career. 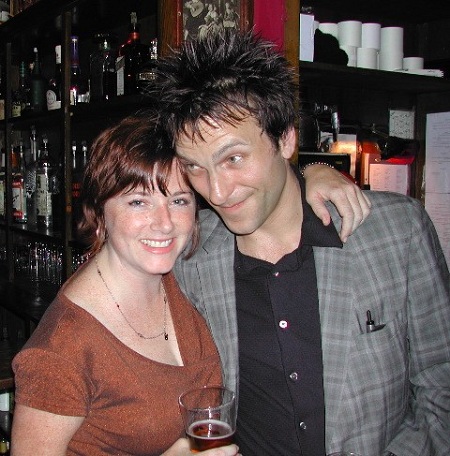 I have so many “best” moments that I don’t want to mention the worst. I will say there are two highlights of my career. One is when I was working with the Oscar-winning director Curtis Hanson on the soundtrack of “L.A Confidential.” It was SUCH a learning experience. I helped produce an EPK for the soundtrack. At one point, Curtis and I spent an entire day in an editing bay finalizing the EPK. Warner Bros. Films ended up ended up using EPK for promotion for the film.

Also, in the late ‘80s I was a HUGE fan of The Replacements. I went to my first show and just jumped up and down!  When I got into the biz, I had the chance to work with ‘Mats bassist, Tommy Stinson. At our first meeting, I couldn’t even look him in the eyes! Anyhow, we ended up being good friends on top of our business relationship. When Paul Westerberg, former lead singers of The Mats, was playing the Troubadour in West Hollywood, Tommy asked me if I wanted to go with him. This night is right up there with high school graduation. When we pulled up to valet, everybody was staring at us. As soon as we entered the bar, Winona Ryder wanted to buy Tommy drinks!  He and I escaped to the VIP room above the stage and proceeded to drink Jack on the rocks. He and I stood on the balcony for the show, which was amazing, and the crowd started chanting “Tommy, Tommy!” He hid behind me…it was pretty friggin’ magical for me!

What are some of the most memorable projects you’ve had?

Once again, I’ve had many memorable projects, including working with Tommy Stinson’s band, Perfect, and the soundtrack to L.A. Confidential. But I think the turning point in my career war working with Jack Logan on his 42-song CD, Bulk in 1994-1995. This release pushed me as far as my boundaries and imagination as a publicist, not only because of the music but because of the story. I had amazing success with the press with this campaign, including securing an appearance for the band on Conan O’ Brien. It led to recognition from my peers. Jack Logan and I are still friends to this day. 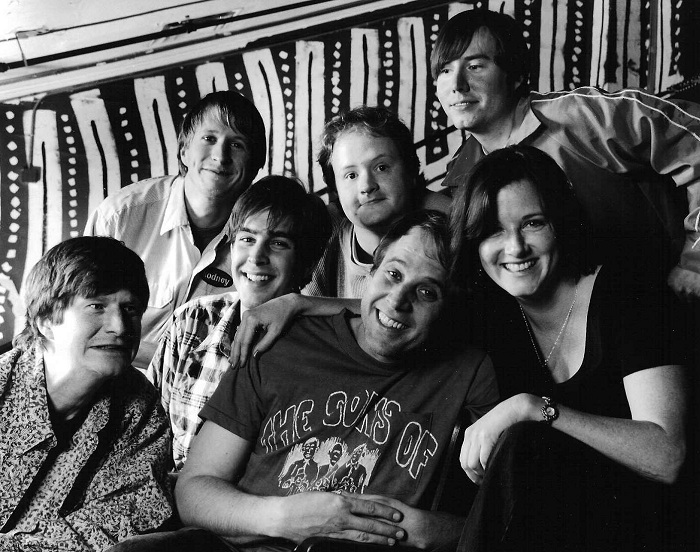 Of all the people you’ve meeting with, who do you admire the most and was the biggest experience for you?

I’ve met so many interesting people; it is hard to pinpoint a few.  I would say right now, my client Victor Wooten, a 5-time Grammy winning bass player, is a complete inspiration! His energy and talent is boundless! He never stops! I am always in awe of his motivation!

I would say the biggest experience was working, and getting to know, the legendary music man, Phil Walden. This is the man who discovered, nurtured and managed Otis Redding. He also pretty much brought Southern Rock to the forefront of the mainstream with The Allman Bros., Wet Willie and more. I worked for him from 1999-2002, when Capricorn Records had CAKE, 311, Widespread Panic and more! For some reason, we seemed to bond.  He told me some crazy stories! At Walden family picnics, I was often the only one invited without the last name Walden. He was a fascinating man that anyone in the music business should get to know. R.I.P.

I would say I had to discover most secrets on my own and through all the many connections I made over the years. But again, Phil Walden taught me a lot.  I’ve also learned a lot from Barney Kilpatrick, a former radio promo guy for Warner Bros. and currently an artist manager. We’ve worked together on projects for over a dozen years.

What characterize Michelle’s philosophy about the music business?

It is the school of hard knocks. You can get a degree in PR or a degree in music business, but it is really what you do….the internships and real life experience…that will get you into the biz. Also, try not to get too personally involved with the artists. It is just a much a business to them as to you so don’t get your heart broken. They are your clients, not your friends. 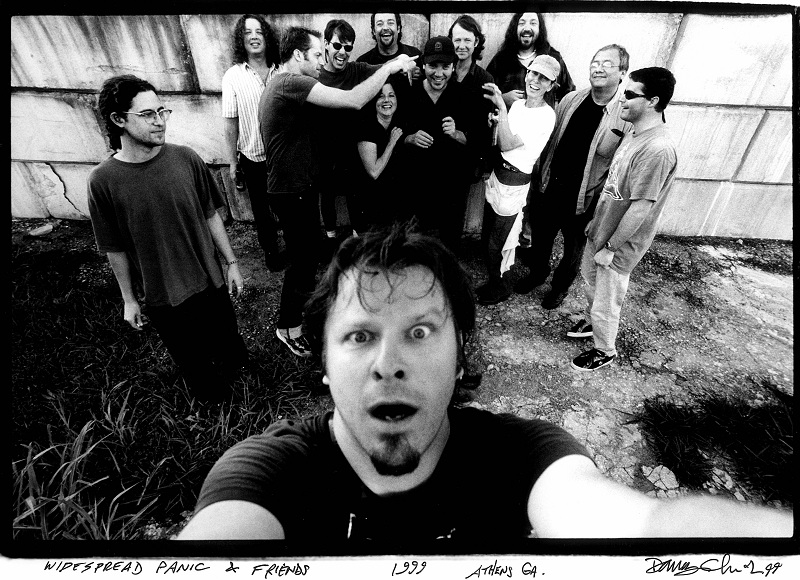 "I would say the biggest experience was working, and getting to know, the legendary music man, Phil Walden...I worked for him from 1999-2002, when Capricorn Records had CAKE, 311, Widespread Panic and more!" (Michelle and Widespread Panic / Photo by Danny Clinch)

I’ve helped many artists. Gratitude?  I hate to say it, but only sometimes. It is just expected that I will do my job to promote the artist and his/her/their art. I think in all my years of doing this, I could list the artists who actually sincerely, truly thanked me. I did get a robe from Lori Carson, a computer bag from Widespread Panic, a box of chocolates from George Winston, a gift box from Devon Allman and original art from both Jack Logan and David Childers.  I earned the hard way there isn’t a whole lot of loyalty in this biz (again, they are your clients, not your friends).

Are there any memories from Gov’t Mule and Chuck Leavell, which you’d like to share with us?

I have been to Chuck’s farm a few times. Once I got tickets to the Stones through him, and they ended up being second row, center, in front of Keith Richards. I’ve had dinner with Warren Haynes a few times. He is totally a nice guy!

There is not enough time in the day for me to answer this question. I could write a book about the changes I’ve seen in the industry in the last 20 + years. Some of the changes are good, some of them are not.  You have to remember when I started doing PR, there was NO INTERNET. Enough said. 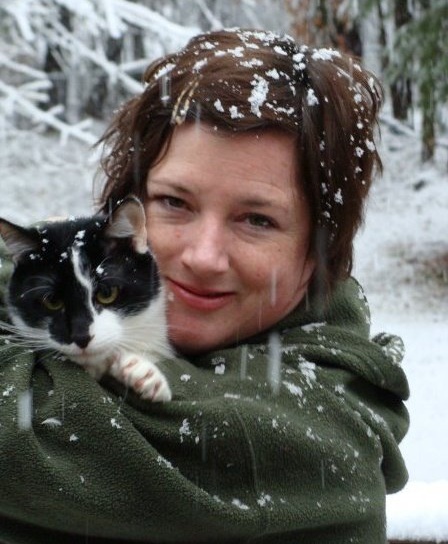 1994-1999, Restless Records, Hollywood, CA. I was working with a great group of people, the music industry was exciting and thriving, and I was living in Hollywood with rock stars.

Are there any memories from Buckhead Jazz Club, in Atlanta, GA?

Mose Allison, Charlie Bird, Maynard Ferguson (I sat on his lap in the bus), Freddy Cole (Nat’s brother) and some really great jazz!

What mistake of the music business, would you wish to correct?

It took the music biz SO LONG to figure out digital downloading so that an outside company, Apple, had to do it. Now, artists are paying the price. They are not paid fairly for their music, and also so many people do not pay for music….period.  Why pay when you can listen to Spotify or Pandora while artists get a percentage of a penny per play?  And now nobody wants to buy CDs at a show!   Music has been devalued.

Johnny Cash, Hank Williams, Bessie Smith, Bette Midler, Janis Joplin, John Lennon and Paul McCartney, Roger Daltry, Roger Waters, Mick Jagger.  But I learned a long time ago it is usually better not to meet your idols as more often then not, you will not like the person you meet.

What advice would you give to aspiring manager and publisher, thinking of pursuing a career in the craft?

Don’t quit your day job. Study to be a nurse, doctor, mechanic, computer technician….anything…. the music business is tough to break into and even more so now.

Why did you think that Michelle Roche continues to generate such a devoted following?

I didn’t know I had one, but thanks. I try not to have an ego about what I do. My so-called following comes from long-time relationships with clients and referrals. I have not taken the career I’ve had for granted. I know I was blessed to have had such wild and interesting life while being the midwife for the dreams of others. (Photo:Michelle With The Glands)