An Interview with poet, author and activist Sean Thomas Dougherty: Poetry is the opposite of barbed wire

"Blues and Jazz are connected through the idea of improvisation, which is the life force."

Sean Thomas Dougherty was born in 1965 in New York City, is a former high school dropout and factory worker. He grew up in a racially mixed family with a mother of Jewish/Okie descent and an African-American stepfather. A nationally renowned performance poet he is the author of five books including the book of experimental prose, The Biography of Broken Things (2002) and Except by Falling, winner of the 2000 Pinyon Press Poetry Prize from Mesa State College and nominated for the Pulitzer Prize. He has appeared at numerous colleges and festivals including the Detroit Art Festival, the Connecticut Poetry Festival, the Lollapalooza Music Festival, LA's Beyond Baroque Literary Center, Carnegie Mellon U, Gannon U, and was a keynote reader at the 2001 Race in the Humanities Conference. His work appears in numerous anthologies including The Blue City (2008), Broken Hallelujahs (2007), Toward a Choreography: New and Selected Poems and Performance Writings (2003), Along the Lake: Contemporary Writing from Erie (2003) and the critical Maria Mazziotti Gillan (2003), Like Thunder (2002), American Diaspora (2001), American Poetry: Next Generation (2001), and Identity Lessons (1999). He teaches at Penn State Erie.

He is the recipient of two Pennsylvania Council for the Arts Fellowships in Poetry and a Fulbright Lectureship to the Balkans. Known for his electrifying performances he has performed at hundreds of venues, universities and festivals across North America and Europe including the Lollapalooza Music Festival, the Detroit Art Festival, the Rochester Symphony Orchestra, the Erie Jazz Festival, and the London Poetry Cafe.

Poetry and music can these two arts confront the “prison” of the spirit and mind?

What else can, if not for poetry and music? Why live. They are the keys. Any prison is nothing but a material thing in the face of them.   They are our breath.

The struggle has come full circle. While our ancestors fought for worker rights and political rights against the State and colonial condition, we must not fight the same fight but against Multinational capital and its insidious arms supported by supposed western democracies and totalitarian China and Russia. In the United States we are driven by an increasing prison industrial complex. We have the most human beings incarcerated in the world. As artists then our struggle is to offer both critique and imagine an alternative to the oppressive conditions. And one person at a time, we change, together, and they cannot own us.

I am the Lemony light that rises from the edge of the great lake. I write to save lives. Including my own. What other reason is there? 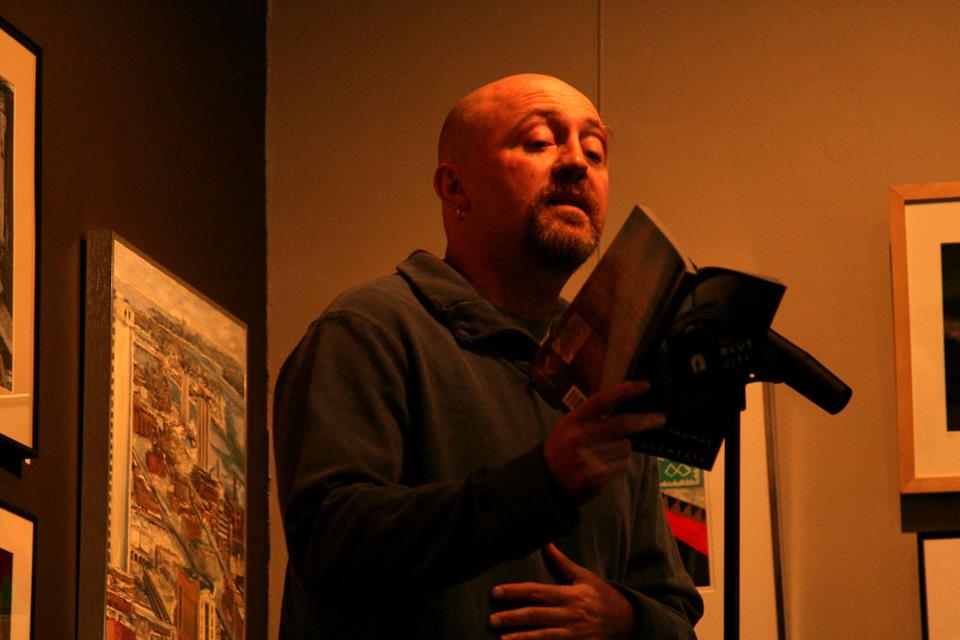 "I write to save lives. Including my own. What other reason is there?"

What first attracted you to the poetry and how has changed your life?

The idea that I could read a handful of words on a page and be moved inextricably the way I would by a person I knew intimately.  How poetry does that, and has done that for millennium. Is miraculous.

What was the relation between activism, music, and poetry and why?

They are each points in a struggle to express and articulate a vision of making, and in making, we remake the world.

Why did you think that the spoken words/poetry perform continued to generate such a devoted following?

Because of the intimacy of spoken poetry, words breathed into another’s body. In such small rooms we are changed.

Do you know why the blues and jazz is connected to the poetry and what characterize the sound of poetry?

They are connected through the idea of improvisation, which is the life force.

How does the music come out of your words?

It comes through the heart of the listener.

The Baptism of every unfolding minute. "As artists then our struggle is to offer both critique and imagine an alternative to the oppressive conditions. And one person at a time, we change, together, and they cannot own us."

I would try to save my friends how died of violence and addictions.  But then to be an American, at least an American of my class, is to gather your dead.

Which memory from hundreds of venues and festivals across America and Europe makes you smile?

I remember reading in this small gallery on the coast of Albania with the Adriatic Sea behind through a giant window. We had just walked through Roman ruins. After the reading these old Albanian writers stood up so formally and said what they had enjoyed of the reading. It was one of the most endearing things I ever experienced. I remember the West Indian women poets in London, after I read how they gathered around me and fought to buy me a drink, I was swooning. I remember the small children in West Virginia who wrote their poems about their fathers in the mines. I remember Detroit and the girl who wrote “I write to tell the unsaid stories I have to tell.”

Do you feel betrayed or satisfied of your generation? Do you believe your poetry has seen justice?

My generation gave the world Obama. We could have done a lot worse. We are a step forward politically in many ways.  But it is a small bourgeoisie step.  In terms of poetry, in the United States, we have written some of the best poems I have ever read. Poets and writers near my age like Malena Morling, Paisley Rekdal, Terrance Hayes. Peter Markus, Roger Bonair-Agard, and so many others are writing texts that stand as testaments to our culture and struggle.

In your opinion what are the reasons to make something “Avant-garde” and “Underground” part of culture? 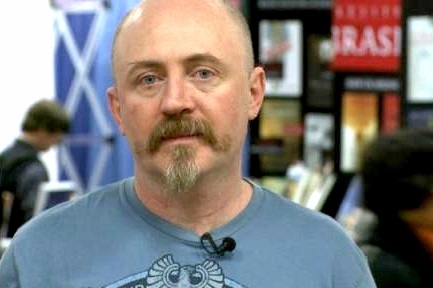 In some ways those two terms are both compatible and contradictory.  But for me to be Avant-garde is to challenge the way of making that is NOW but too often becomes the NOW.  And is often tinged with elitist conceptions of form.  And it VERY aware of itself and its place in history.  While underground simply doesn’t give  a fuck.  But one can embrace the Avant-garde idea of aesthetic exploration and not give a fuck about career or anything other than the art.  Then one is becoming and creating as a true artist.

From the point of view are there any difference and similarities between political and social conquests of 60s and today's?

The lost of a central ideology (say socialist struggle) is both liberating and debilitating.  Until a movement embraces an idea with an international mandate (say a cross national liberation struggle based on the tenets of amnesty international’s bill of human rights), it will fail.  I see though some hopes for this in the anti-genetic and farm movements. And recently in Canada and Southern Mexico, in the rise of Indigenous consciousness and willingness to take to the streets. In Greece, I have hope that a third way takes hold, one to challenge the corruption of the State, the intransigent of Multinational capital, and the homegrown fascist elements.

I am an insane fan of all things Greek. I was in Thessalonica a few years ago and was blown away. My first night there was a political rally and this huge group comes marching down the street singing the People united will never be defeated. So I joined them and this kid who spoke English asked me, what do you do and I said I am a poet mostly, and he walked over to a wall and ripped off a flyer with a picture of Ritsos and said fold this in your pocket but first touch it to your chest. No, I’ve never heard of such a thing.  If there is a misuse it is that journalists keep trying to say it is dead, because they are idiots.  And politicians are deaf to it, as they are deaf to the voices of the people.  But as I have written “poetry is the opposite of barbed wire”

My death.  I will die in a chair, facing the frozen lake I love.  I will close my eyes and become a lemony light traveling across the ice.  Quickly, paint my closing lids. And my cool hat.

John Sinclair and I would spend the day touring dives in Detroit, and then we’d go blow stuff up.  I would say to Ritsos, “I am missing only one small rose”.   I would ask Leadbelly, can I borrow your straight edge razor?