"I don’t fear about the future...cause everytime the people come and go and the Blues never die!!"

Gustavo Omar Filomìa Gonzàlez is an Argentinian guitarist-singer-songwriter. He started his musical career at age fourteen, his instrument was from the beginning the electric guitar like every teenager in the eighties trying to play rock shortly after started to listen to bands like Creedence Clearwater Revival, Pappo`s Blues, Johnny Winter, Cream, John Mayall & The Bluesbreakers. Embed a band with friends in his neighborhood (played their own songs) and was a period of very good musical and compositional growth. After that period started his first Blues band THE SUBURBAN with which worked from 1991 to 1996 playing Landmarks scene of Buenos Aires Blues the 90`s such as OLIVER, BLUES CLUB SPECIAL, DIE SHULE among others, also participated in the radio show ZERO HOUR SPECIAL BLUES (led by Adriàn Flores promoter recognized artists Blues). Gustavo: The Blues for me is an emotional music I ever heard...it talk to my soul and is a very deep feeling to me.

How do you describe Gustavo Filomia Gonzalez sound and what characterize your music philosophy?

Gustavo: I learn to my own...I never took music lessons, but I’ll try to learn to the great bluesman like: Freddie King...he is a great influence for me.Great singer and guitar player. I`ll try to catch the thrill of every moment over a song parts...this is my philosophy about music.

Gustavo: Sure!!...I has a very great time on stage...I play guitar and jamming in a little blues Club in Buenos Aires. It called Contacto Pub 2 days for week I play Blues with others musicians and we had a great time together. 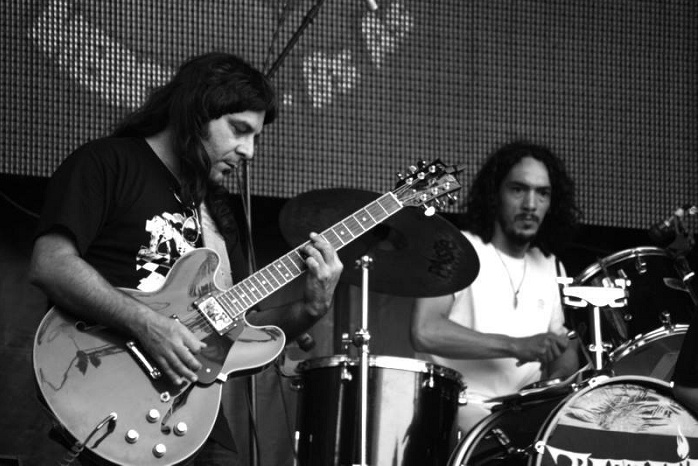 Gustavo: I don’t fear about the future...cause everytime the people come and go and the Blues never die!!

Gustavo: I wish to myself and the rest of musician we will work better and get more opportunities to play all around the world!

Why did you think that the Blues & Southern Rock continues to generate such a devoted following in Argentina?

Gustavo: We are a lot of people here in Argentina, who loves the Blues music and we have really good bands!! But the places to play are very few...and the money they paying to the musicians is very bad...

Gustavo: The 90’s were a very interesting period, it was most of the better artist in the local scene. Myself start in this period we called "Blues boom", here in Buenos Aires.

What are the lines that connect the legacy of Blues & Southern Rock from United States to Argentina? Gustavo: I guess...this is a long time tradition here in Argentina, we have very good Blues and Rock artists...Though the years we have a bagged the British Blues and the great American Rock Bands!! Creedence Clearwater Revival is one of the most popular bands in this country.

Gustavo: The first time to open with my own band a venue to the great Blues band called MISSISSIPPI BLUES BAND, here in Buenos Aires. This is one of the most lovely time for me!!

Gustavo: Ooh!! great idea!...surely I want to trip across the time and...I want to see a FREDDIE KING show at the 70’s!! I loved the RSO label period!! with albums like "BURGLAR" and " LARGER THAN LIFE", very powerful sound!!