Music is so beautiful because it transcends race, sex, politics, or personal views. Everyone can come together, if only for a song, and enjoy being carried away by music.

Based out of Dallas-TX, Jason Elmore & Hoodoo Witch is a high-energy trio that blends jump blues, hard-hitting rock, vintage soul/r&b, and traces of 60’s country into a unique-but-familiar sound that always maintains the essence of the blues while simultaneously offering a fresh take on the genre. The band is comprised of Jason Elmore on guitar and vocals, Brandon Katona on bass, and Mike Talbot on drums. Having grown up with an obsession for all genres of American roots music, Jason Elmore is remarkable in his ability to appeal to fans of all genres of music with his virtuoso-level guitar playing, soulful and powerful old-school vocals, and keen sense of songwriting. It is common to see an artist excel at one of those three things, but Elmore is uncanny in his ability to express himself with an original and unique voice as a guitarist, singer, and songwriter. All one needs to do is watch him play live one time in order to have a good understanding of how all of these different genres of music have a common thread when it comes to eliciting an emotional response from the listener and taking them to that special place where only the music exists and the troubles of the world are temporarily put on hold.     (Photo by Zoltan Katona) 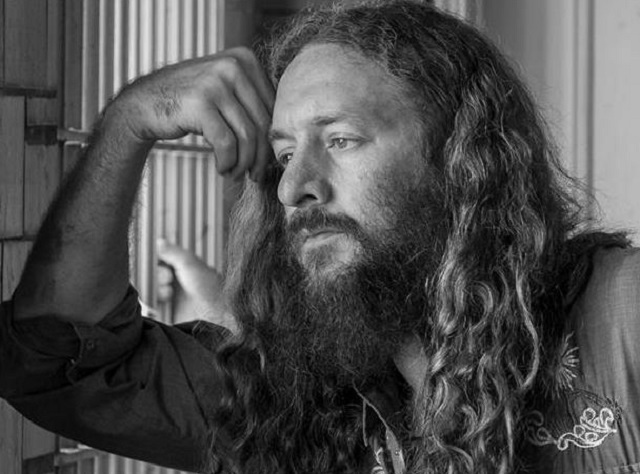 The band released their 3rd full album, ‘Champagne Velvet’ (2016) on the Underworld Records label. The album is a slight change of direction from the band’s 2010 album “Upside Your Head” and 2013’s “Tell You What”, both of which featured a heavy emphasis on Texas rock and blues. ‘Champagne Velvet’ sees the band exploring their soul, blues, and country roots more in-depth than before with a sense of excitement and fire that is uncommon in the contemporary blues scene. It is a throwback to 1950’s jump blues, rockabilly, and Memphis soul.  The guitar tones are cleaner, the bass and drums interplay with more dynamics and the grooves jump like a kangaroo on a hot sidewalk. All 13 original songs flow with an abundance of melody, harmony, and clever lyrics. At the same time, there is  just enough variety to quench the thirst of fans of the more rock-oriented material of past albums. ‘Champagne Velvet’ is like a road trip from Dallas to Memphis, TN with a quick stop by the West Coast on the way. It perfectly captures the essence of the band doing what they do best, which is bringing unrestrained boogie to the party.

I've learned a lot about business and public relations, as well as what not to do. The blues, for me, is a canvas upon which I can paint many colors (sounds from other music genres) and completely express myself in the way that I like to. Blues music opens that creative door for me in a way that other music styles do not completely.

How do you describe Jason Elmore & Hoodoo Witch sound and songbook? What characterize ban’s philosophy?

Our sound is heavily influenced by the Texas blues sounds of Freddie King, Johnny Winter, The Fabulous Thunderbirds, Junior Brown, and other guitar-based Texas blues/rock bands. We strive to incorporate various styles of American roots music (rock, country, soul, swing) into our blues music so that we can maintain an original style and sound unlike any other band. I like to follow Stevie Ray Vaughan's philosophy, which is to give the audience 110% of yourself each and every time you take the stage. I try to show this in my live performances.

My wife has been the very most important. She has helped me through the dreadful times in my career and has also celebrated with me during the victorious times. She is very supportive and encouraging to me and my work. She attends every show that she is able and enjoys selling my merchandise and visiting with fans and friends when I am too pressed for time. The best advice came from her. I was worried that the blues traditionalists would not like me because I incorporate so much rock and other styles into my blues playing. I was preparing to change my sound in order to please them. My wife told me that I would be better served if I just remained true to the music that's in my heart and do my best at it. She said that people would respect and appreciate that more than trying to mold myself to fit into someone else's ideas and sound like everyone else. She was absolutely right. Again. 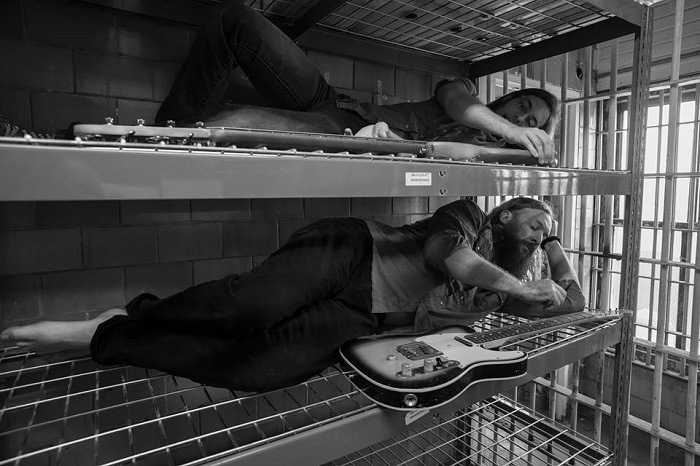 "I miss music from the 1960's (all genres) when melody and harmony were essential and the songs had an organic vibe and unique voices. You could tell one band from the next and everyone seemed to be making music that has less pretense and gimmick." (Photo by Zoltan Katona)

Recently, at the official CD release party for Champagne Velvet (my latest CD), at the end of the night when the staff was sweeping up, they found someone's dentures on the floor. We had rocked the crowd so hard that someone lost their teeth!!  And they apparently were so drunk that they forgot to get them back.

I miss music from the 1960's (all genres) when melody and harmony were essential and the songs had an organic vibe and unique voices. You could tell one band from the next and everyone seemed to be making music that has less pretense and gimmick. Also, the lyrics meant something back then. The music just seemed to have more substance to it than anything that has come out since then.

More opportunities and pay for original musical acts. These days, the trend of dressing up and pretending to be someone else seems to be popular and many of the venues are hiring these type of tribute acts. It puts original artists in a dark corner and keeps the general public from experiencing new things and learning about genres and styles that they might not have known about. The live music experience seems to be cheapened by these type of bands that often pantomime along to pre-recorded tracks.

What are the lines that connect the legacy of music from Rock n’ Roll, Blues, Soul, to Country and Southern Rock?

They are all blues music, they just have a different way of getting the point across.   At the center, its all blues. Some genres have a certain way of changing the chords or the rhyme structure but at the end of the day, they are all aimed at drawing an emotional reaction from the listener. 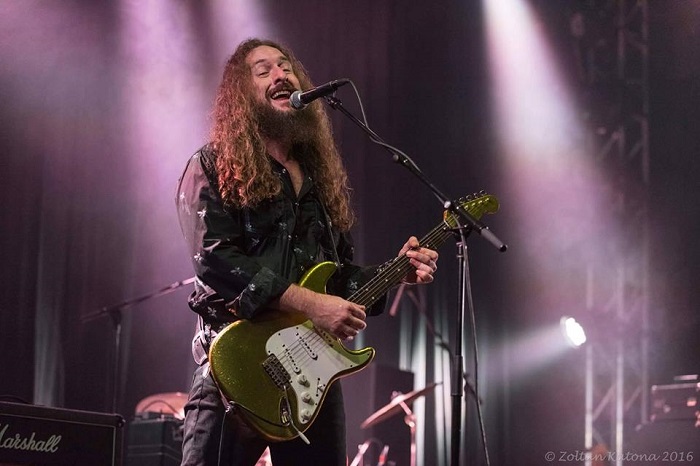 "The blues, for me, is a canvas upon which I can paint many colors (sounds from other music genres) and completely express myself in the way that I like to. Blues music opens that creative door for me in a way that other music styles do not completely." (Photo by Zoltan Katona)

I'm not really sure as I am not too smart about politics and world matters. I simply try to get better at writing and performing music. I feel like that is how my voice can best be heard and my life utilized to its fullest potential. Music is so beautiful because it transcends race, sex, politics, or personal views. Everyone can come together, if only for a song, and enjoy being carried away by music.

How has the 60s Counterculture influenced your views of the world and the journeys you’ve taken?

I was born in 1978 so I'm not entirely sure about this one. I know that I do enjoy being a free spirit and smoking grass and listening to Black Sabbath.

I would probably go back and fix it so that my parents had sex more than one time. This way I might have some brothers and sisters who could play bass and drums and I wouldn't have to constantly hire new players. 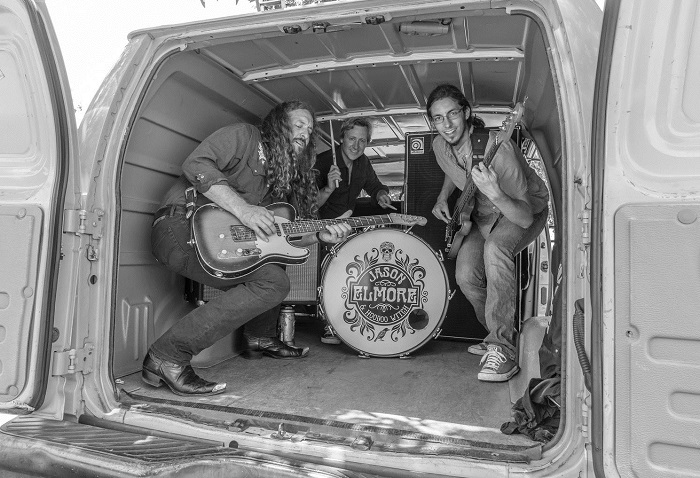