"I think blues is a music that generates passion, it's a music full of feelings. A kind of music that everybody may enjoy."

Originally from Buenos Aires, Argentina, Vanesa Harbek is considered to be one of the finest blues artists working today in Argentina. She is an excellent guitarist, vocalist, trumpet player, composer and arranger. Licentiate in music specialized in composition (UCA, 2002). She spent her whole life on the road as bandleader, lead guitar player and manager of her career. 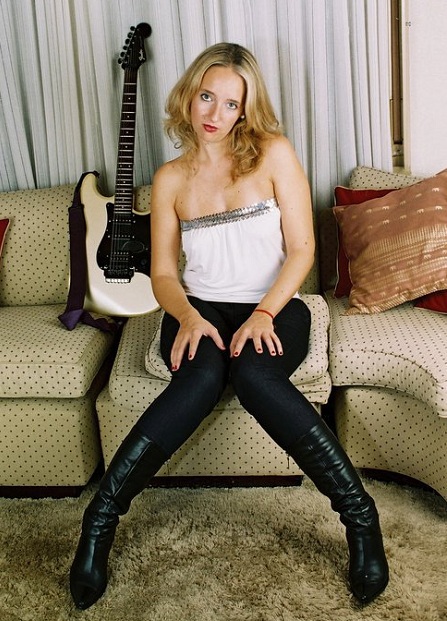 I started playing the piano when I was six years old, because my father plays the piano, and there was a piano at home. I studied with a classical teacher. I played Beethoven, Bach, and Schuman.

I discovered the blues at the age of 12 when I listened to Eric Clapton’s “Slowhand”. Then I fell in love with the blues and the guitar. I investigated Eric Clapton's influences and started to listen to Freddie King, Albert Collins, BB King, T-Bone Walker, and SRV.

Blues means everything to me, a style of life. Thanks to the blues I played in many countries in different Blues Festivals. I knew a lot of people, musicians, and different cultures. I played in Ecuador, Brazil, Chile, and Uruguay.

How do you describe Vanesa Harbek sound and songbook? What characterize your music philosophy?

I think my sound is a mixture of different influences. I have been listening and studying a lot of styles: blues, rhythm & blues, jazz, tango, rock, swing…

About philosophy I'm always listening to music, composing and trying to improve and learn. 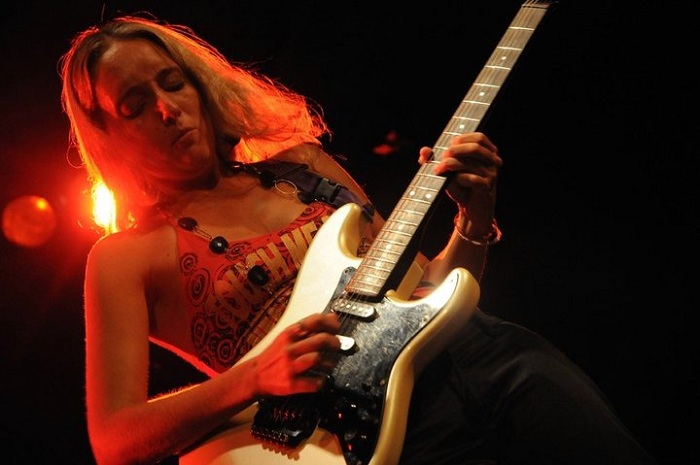 "When I started playing there was really a male world in the blues scene, nowadays there are a lot of women playing blues music."

I think blues is a music that generates passion, it's a music full of feelings. A kind of music that everybody may enjoy.

I was three times in Ecuador (Quito and Guayaquil). There was a great Blues International Festival. I played with a lot of musicians from different countries, David Tanganelli (Brazil), Antonio Vergara (Ecuador), Magnolia (Chile) and Sugar Blue (USA) that was a magic experience. Also I tried equatorial meal it was delicious.

I have the honor to teach a masterclass of blues guitar in Quito. It was a wonderful experience. I made a lot of friends there. I hope to return soon.

I had the opportunity to meet great musicians and played with them. Decio Caetano, Igor Prado, David Tanganelli from Brasil, Omar Coleman (USA). I played with them in Brazil in a Blues Festival.

Then I have the honor that Kenny “Blues Boss” Wayne (Canada) came to my show and played with me, and then I was invited to his show in Buenos Aires. About the advices, once someone told me “play always with your heart…” 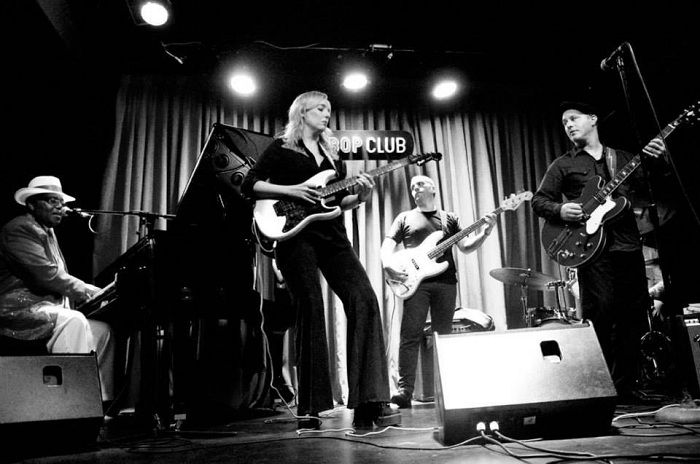 "Blues means everything to me, a style of life. Thanks to the blues I played in many countries in different Blues Festivals." (Photo: Vanesa on stage with Kenny "Blues Boss" Wayne)

I miss new records of Albert Collins, SRV, Freddie King, Wes Montgomery and all the great musicians of blues.

Though there is an evolution of blues, I hope the blues will always be alive.

That the musicians should be more respected.

The 90’s were the top of the blues movement in Argentina, a lot of international artists came to the country such as: James Cotton, Albert Collins, BB King, Buddy Guy, Phil Guy, and Lurrie Bell.

There was a quiet period and nowadays there is a resurgence in blues music, there are a lot of new blues bands in Argentina.

What are the lines that connect the legacy of Blues from States to Latin America and special in Argentina?

I think blues is known worldwide. Argentina is better known because of tango music, but we have also a lot of blues bands, blues artists, musicians and singers. A lot of blues bands come from other countries to visit us every year. I love everytime I play and sing blues music. It is always a great emotion to me.

"Though there is an evolution of blues, I hope the blues will always be alive."

When I started playing there was really a male world in the blues scene, nowadays there are a lot of women playing blues music. I remember that I played in a jam in “Samovar de Rasputin” in “La Boca” and men public thought I couldn't play, afterwards when I finished the performance they said it had been great and that I had played like a “man”.

I would go to a concert of Stevie Ray Vaughan... and I would play a song with him.