"The thing that connects all music, no matter what style or culture it comes from, is if it's played with feeling!"

Mick Hutchinson is a gifted guitarist who had begun his career playing Indian style music with the tabla expert Sam Gopal. Although he never recorded with Sam Gopal’s Dream – Hutchinson and Gopal played together at the legendary 14 hour Technicolor Dream at London’s Alexandra Palace in 1967. The list of bands that appeared at this extraordinary event reads like a who’s who of British psychedelic like The Crazy World of Arthur Brown and Graham Bond. Later, he teamed up with the multi-instrumentalist Andy Clark. They both played a variety of instruments and this abundance of talent was brought to bear on the extraordinary two man album. Their first album release, A=MH² became an instant rock classic, peaking at No. 8 in the LP chart between Led Zeppelin II and Simon and Garfunkle’s Bridge Over Troubled Water. By the time they cut Retribution in 1970, the British duo had expanded into a fully-fledged band with Steve Amazing on bass and Del Coverley on drums. The band’s last offering before splitting in 1971, Gestalt, was an altogether gentler, more reflective, disillusioned affair. Mick Hutchinson says: “I was doing the Indian influenced stuff in The Sons Of Fred in about 1964/5.

The Blues was a digression into another genre. A=MH2 was roughly what I was doing in the Sam Gopal Dream. The only record of that band which contained Pete Sears, Sam Gopal and Mick Hutchinson was the film that Jimi Hendrix took of us at Olympia. That band missed out on a record deal by taking huge amounts of speed when the record industry tuned out to see us at the Speakeasy. We played badly and told crap jokes all night. Hendix came up for a jam; he fell over and knocked one of the amps over. I played bass and Pete Sears played organ.” Andy Clark and Mick Hutchinson recorded four LPs of raga-blues between 1969 and 1971. The first album wasn’t released until a long time after the band had split up.

Even when things are bad, you can still have a song in your heart. That's what it means to me.

How do you describe Mick Hutchinson sound and songbook? What characterize your music philosophy?

I like to improvise, and be as spontaneous as possible. 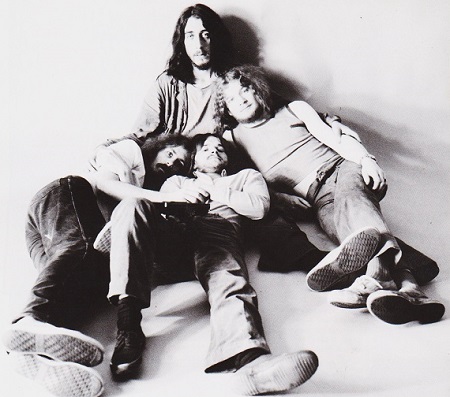 Now is the most interesting period in my life! I prefer to talk about positive things!

"I like to improvise, and be as spontaneous as possible."

The best advice is from a BB King's song "You better not look down if you want to keep on flying!"

Everything was improvised in Sam Gopal and Clark Hutchinson. One night Clark Hutchinson played in a Reggae club so we did Reggae all night. Another night in Glasgow we put all the instruments out of tune and played Avante Garde Monster Jazz Funk. I played laying on the floor in the middle of the club. We got several ovations for it. The club owner told our agent "Great band, but I can’t' have them back because I've never seen a band so stoned!" …One time when I was jamming with Pete Sears at the Middle Earth, we had been playing in G for maybe 10 minutes, without looking at each other we changed to E. We looked at each other in shock. It was as though we were telepathically linked!

Which memories from Hendrix, Graham Bond and Arthur Brown makes you smile?

Graham Bond was an amazing character great player. I'm on one track of the Bond and Brown album! I used to see Arthur Brown when we played at The Middle Earth club. He was an innovator.  We jammed with Hendrix I gave him my Marshall Supafuzz. I think he wanted to be friends, but I was nervous of him! "Now is the most interesting period in my life! I prefer to talk about positive things!" (Photo: Burns Black Bison - Mick & Pete Sears, 1963)

I don't miss anything from the past. I don't like to be sentimental. You can listen to any music if you have a recording of it. "Be here now" as Ram Dass wrote.

I haven't got any fears or hopes for the future. It would be nice to have a peaceful world though. The only thing that is permanent is change!

What were the reasons that made the UK to be the center of the Blues - Rock & East music searches at the 60s?

Why was Britain the center of blues? It was because kids here discovered American "Black Music" and we all idolized the musicians that played it. In the USA they were badly treated and in the UK they were heroes. So we all listened and learned from them.

If I could change one thing in music…More jamming, more solos. More bass lines and no marketing gimmicks!

What are the ties that connect the Blues with Jazz and continue to Indian, Celtic and Psychedelic/Prog music? 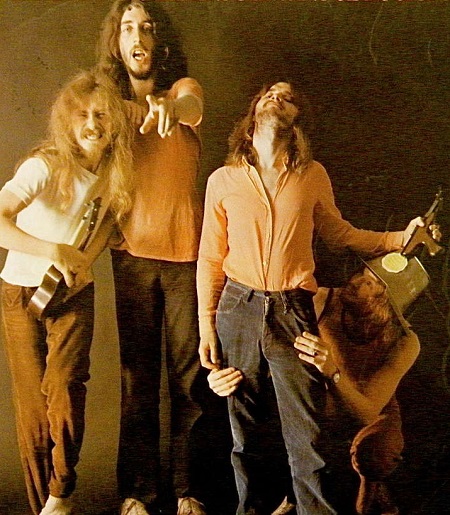 The thing that connects all music, no matter what style or culture it comes from, is if it's played with feeling!

"The best advice is from a BB King's song: You better not look down if you want to keep on flying!"

Either San Francisco in 1967 or The Mintons club in 1939 to see Charlie Parker and Dizzy Gillespie.