"Blues, Country, Rock and Roll, Gospel and Americana are so closely related and it's influence pull from one another. The Delta of the Mississippi River is such a fertile area land wise, music wise and culture as well."

As a 20 year veteran of the Austin music scene, Kevin Sekhani has done it all. From blazing rock-n-roll to Holy Ghost Honkytonk, for years Sekhani has entertained crowds with heartfelt enthusiasm and poignant lyrics. In Austin, Sekhani spent his time working with Michael Ramos (John Mellencamp, Patty Griffin), Andrew Duplantis (Son Volt), and Austin Chronicle’s three-time String Player of the Year winner Warren Hood. In 2010, Sekhani moved back to his home town of Lafayette, Louisiana  o front The Mercy Brothers, a Gospel group walking the fine line of sinners and saints. Since the prodigal son’s return home, he has won over the hearts of Jazz Fest and Festival International audiences, landed a top 5 spot on the Americana charts in Europe with The Mercy Brothers debut release, toured Sweden, and signed his Gospel group to Louisiana Red Hot Records. Kevin Sekhani’s veracious songwriting extends beyond Gospel into secular territory with his new solo album “Day Ain’t Done” released on Louisiana Red Hot Records early 2015. No Depression praises the album saying, “With a voice slightly reminiscent of a young Steve Earle, solid songwriting, and musicians that include a member of Son Volt and veterans of the backing bands of Patty Griffin and John Mellencamp, Kevin Sekhani’s Day Ain’t Done is one of the best debut albums I have heard in years”. Day Ain’t Done is layered with Americana staple instrumentation, taking the earthy tones of violin, mandolin, accordion and acoustic guitars to give the feel of a back porch jam on a Louisiana Saturday night. The album’s track “Oilfield Tan” has found its way into regular rotation on local Louisiana and Texas radio stations, resonating amongst an area all too familiar with the demanding industry of oilfield work. Kevin Sekhani celebrates his Louisiana roots bringing  Day Ain’t Down to the worldwide stage. With stops at 2014’s South by Southwest music festival, Sekhani has already began to garner an excitement for his solo career. You may catch Kevin Sekhani at a large festival or even on a small front porch, but wherever it is, it is guaranteed to be one hell of a performance.

How do you describe Kevin Sekhani sound and songbook? What characterizes your music philosophy?

I would describe my sound and songbook as a mixture of my Louisiana upbringing and influence as well as my experiences from living in Austin, Texas. I have tried to blend the country/western or American Roots influence that came from Austin with the Louisiana Folk traditions from my Cajun heritage. As far as characterizing my music philosophy, it all starts with a solid song. The other thing I look for in music I commit to is an undeniable energy, whether it be a fast song or a slow song, there is a particular energy that I am looking for, and to me that’s the magic.

What were the reasons that you started the Folk/Gospel and Americana Roots researches and experiments?

I am very interested in the notion that Folk music is a timeless music. I’m intoxicated by the energy of Gospel music. These two genres are the cornerstone of American Roots music which is steeped in deep southern traditions. These traditions are inescapable since I was born and raised in the South. As much as I love many different genres, I discovered that when I worked on my own songs with my voice, the result was always a rural, southern product. 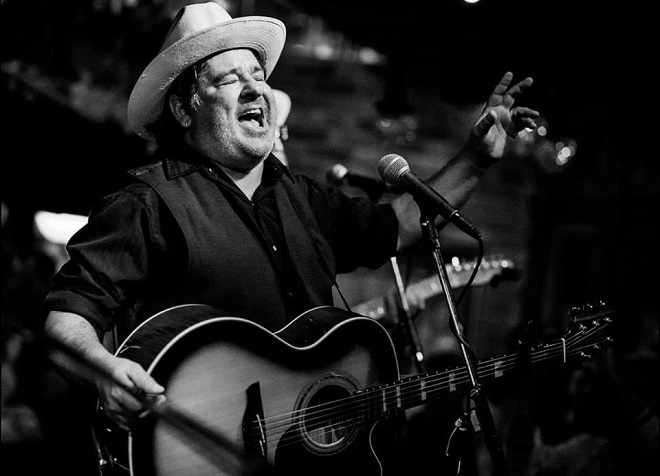 "Louisiana is rich with traditions and influence and the music that bubbles up from the ground is unlike anything. It pulls from places like Africa, the islands, and Europe just to name a few."

Which meetings have been the most important experiences for you? What is the best advice you have been given?

I have been very fortunate in my time living in South Louisiana and Texas to have been influenced by friends who are also tremendous songwriters and musicians and have learned so many valuable lessons about creativity.

The best advice that I have been given, and never forgotten was, “Write about things you know, who you are and where you’re from”.

Are there any memories from gigs, jams, open acts and studio sessions you’d like to share with us?

I am very fortunate over the years to have made some amazing memories on my musical journey. Some things that really stand out would be playing New York City for the very first time. What an intense energy that city has and you can't help but get caught up in that. The summer of 2013 was a special time having the Mercy Brothers album debut #5 in the charts at the very same time we landed in Sweden to tour which made for an unforgettable series of shows. The recording of the Day Ain't Done record was another whirlwind moment which will never be forgotten. In my time living in Austin there were so many special nights of learning my craft and fine tuning live performances while playing with wonderful folks like Charlie Sexton, Bill Carter and the legendary rhythm section of Stevie Ray Vaughn's Chris Layton and Tommy Shannon. What a wild ride that continues to this day.

I am delighted that all of that music is available to revisit time and time again. People continue to discover it and it stays alive that way. If there was anything I miss, I would have to say that I miss a certain innocence to the discovery of this art form. The golden age of radio, record stores are so precious to this discovery as well. I wish there were more mom and pop record stores. My hopes are that folks continue to support artists by investing in their art through tickets to the shows as well as making the albums part of their collections. I guess the biggest fear I have is that people stop doing all of those things. Artists do put a lot of blood sweat and tears into their art and want to present it to anyone willing to join them on their artistic journey. My fear is that artist and audience will not be able to connect in a physical tangible way. "It is very inspiring to see young or new bands crop up in the local scenes searching for their place in the scene. That energy is a wonderful thing to have rub off on me as well as the scene."

What are the lines that connect the legacy of Blues with Rock and Roll and continue to Gospel and Americana?

My favorite line is the line which is referred to as the Delta. Blues, Country, Rock and Roll, Gospel and Americana are so closely related and it's influence pull from one another. The Delta of the Mississippi River is such a fertile area land wise, music wise and culture as well.  Music came from other places in this country and are special, it really is a melting pot.

What has made you laugh lately, and what touched (emotionally) you from the local music circuits?

It is very inspiring to see young or new bands crop up in the local scenes searching for their place in the scene. That energy is a wonderful thing to have rub off on me as well as the scene. It pushes everyone to continue artistic growth and keeps everyone on their A game. It is exciting to see artists grow to a national level and then on to an international level in some cases.

What is the impact of American and Louisiana Roots music to the racial and sociocultural implications?

Louisiana is rich with traditions and influence and the music that bubbles up from the ground is unlike anything. It pulls from places like Africa, the islands, and Europe just to name a few. A different slant on folk music with artists singing about hard times, letting the good times roll and everything in between. Some of the most exciting music has been born in Louisiana. Cajun, Zydeco, Country, Rock and Roll, Gospel etc with a very wide selection of vibrant musicians that created this music. It brings people worldwide to our state to enjoy this music and lifestyle and we pass a good time!! My theory behind that magic is to bring all walks of life together and unify. If you could change one thing in the musical world and it would become a reality, what would it be?

If I could change one thing in the musical world it would be, enough physical sales of music to support a record shop in every town.

"The best advice that I have been given, and never forgotten was, “Write about things you know, who you are and where you’re from”."

Let’s take a trip in a time machine. Where and why would you want to go for the whole day?

If I could go back in time for a day it would have to be June 11, 1949 for Hank Williams Grand O'le Opry debut. 6 encores that evening and for me the Country music atom was split that night.