"The Blues is the lifeblood of most forms of music and I find my everyday life is affected by the heartfelt feelings that the music exposes me to. Blues means freedom to express and I do."

In an industry dominated by manufactured bands and artists, it is an extremely rare thing to find a real band, a band of brothers, fellow musicians that truly connect, both musically and in friendship; Brothers Groove is just that. This Birmingham-based band are winning the hearts and minds of the UK blues scene with their characterful groove, superior tones, seriously catchy songs and genuine Brummie friendliness, and the word is spreading fast. With the love of funk and blues dominating the band's sound, and years spent soaking up the likes of Robben Ford, Average White Band, Crusaders, James Taylor Quartet, Little Feat, Clapton, SRV, Robert Cray and Albert Collins, in the respective funk and blues departments, Brothers Groove set out to make real music, music that they love and cherish. Their goal firmly intact, they have uniquely fused all these influences into a sound all of their own. Classic songs, riffs a-plenty, big grooves, heavy, delicate and always funky. 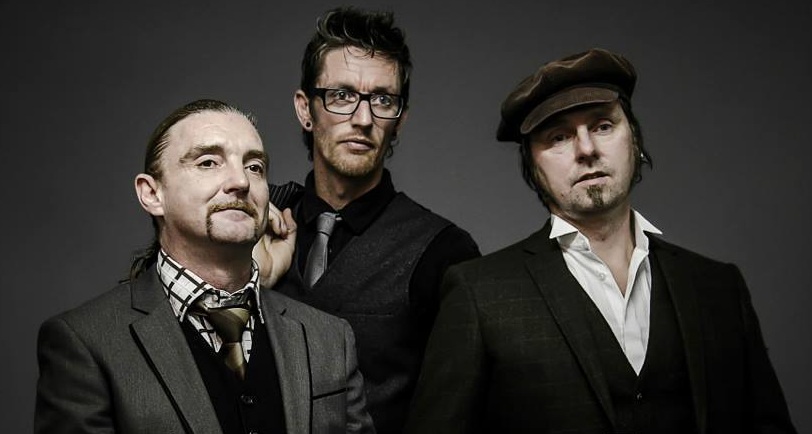 Their Debut Album ‘Play The Game’, produced by Wayne Proctor is an expert exploration of all things blues and groove, each song crafted to make your head nod, your body shake and your lips whistle the tune. The Brothers are keen to point out that the album 'Play The Game' isn't an album of self-indulgent egos battling for space, it's not about playing a million notes a second, this band sit in the pocket of the groove, play with taste and feeling, and love every single minute of it. The name Brothers Groove could not be better fitting for Shaun Hill (vocals & guitar), Nigel Mellor (guitar) and Deano Bass (bass) as these three instrumentalists who first and foremost, have a brother-like friendship and camaraderie, along with fantastic musicianship on each part, that paves the way for an exciting and fruitful musical future.

Shaun: The Blues is the lifeblood of most forms of music and I find my everyday life is affected by the heartfelt feelings that the music exposes me to. Blues means freedom to express and I do.

Deano: Playing the blues to me is an escape from the madness of this world and I have learnt how to connect with people on a real level.

Nigel: I have learned that everyone has got a story, it doesn’t matter how centered or extreme the personality is, and I find that fascinating in people. The Blues is life and its real, at least the best blues is anyway - music made by singers and players who have real stories to tell.

How do you describe Brothers Groove sound and progress, what characterize band’s philosophy?

Shaun: Our sound is a mixture of grooves pertaining to the base of Blues rhythms; we expand those rhythms to ebb and flow during our set. Our philosophy, hmm GOOD TIMES for all!!

Deano: There’s a golden rule, everyone stays in their pocket! It’s all about the feel of the groove and not how many notes you can get in a bar and, most important, it’s a shared thing.

Nigel: I would describe Brothers Groove sound as a totally shared and ego free music. The whole sound is based around that interaction & attitude between the vocals and 3 guitars. We really know one another personally & musically. 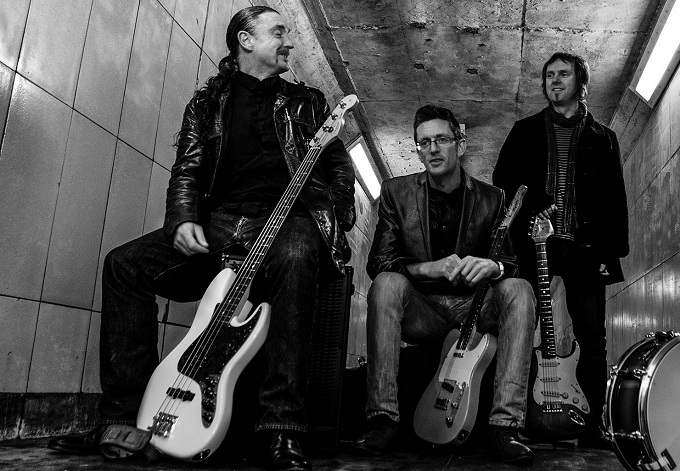 "Playing the blues to me is an escape from the madness of this world and I have learnt how to connect with people on a real level."

Shaun: Like most genres of music, the Blues popularity goes up and down but with an older fan base the popularity is relatively stable and devoted. However, we MUST encourage a young fan base too, or there will be no devotees!

Deano: Because it is real thing and, played well, it comes from the heart.

Nigel: Its real music and people can relate to it. There are two kinds of listeners to Blues music, those that find it intriguing and those who can personally relate to it. Either way, Blues has got an attitude that won’t go away. Blues tells you the way it is.

Shaun: I am sure that Nige and Deano will have said ALL the gigs are memorable, we LOVE to play! We have met some great artists whilst on the road, they are pretty memorable, Mud Morganfield, Martha Reeves, nice people.

Deano: All the gigs I’ve ever played leave great memories. We love getting into the zone and playing our best whether it’s a packed out venue or there’s only one man and his dog, we just love getting that vibe live.

Haha. One that comes to mind is was just getting ready to take a solo; it was going great then all of a sudden… no sound! Nige had stood on the plug and switched me off, but soon sorted out. When I think about the music we make together that puts a big smile on my face.

Nigel: As I’ve already mentioned Dean, Shaun and I go way back. I can remember going down a studio with the guys. Dean and Shaun were on guitar and I was on bass. Dean said to me, “this is crazy, you should be playing guitar, not me”. So, we swapped instruments and I instantly heard a groove and sound of our own. We all just sat in the right place with the right feel and space. Unbeknown to me, Dean had played button accordion when he was a kid and he had the bass thing already going on form accompanying himself on the accordion. "Its real music and people can relate to it. There are two kinds of listeners to Blues music, those that find it intriguing and those who can personally relate to it. Either way, Blues has got an attitude that won’t go away. Blues tells you the way it is."

Shaun: Both Martha Reeves and Mud Morganfield stand out as I sit here writing, they were just so nice and so complimentary about our music when we opened for them.

Deano: Watching great groove players such as The Crusaders & The Average White Band, the way these bands play together is top notch. The best advice I had was from my Grandfarher, he said “learn a musical instrument & you'll always have a social life”.

Nigel: One of the coolest guitarists I ever knew, a local player from Birmingham UK named Roger Hill once said to me not to think about music theory, practice technique and theory and then forget about it when you play live and stay free in your mind. Roger Hill was an amazing Blues guitarist and singer, his playing was so melodic and his words lodged in my mind.

What do you miss most nowadays from the blues of past? What are your hopes and fears for the future of blues?

Shaun: I suppose, in the UK, television exposure, you just do not see Blues artists on the TV (unless they die and then you MIGHT have a TV programme on them) I hope that something will suddenly click again and the TV moguls will say, let’s have a Blues hour each week!
We MUST encourage youngsters to come to the Blues gigs, remove age limits and let them in free, we NEED youngsters to support the music to keep it vital!

Nigel: For me, there is not enough Blues artists out there with a bit of space in the music or in their individual playing like the classic Blues players of old. I just hope that people continue to relate to, and support, Blues music. "Our sound is a mixture of grooves pertaining to the base of Blues rhythms; we expand those rhythms to ebb and flow during our set. Our philosophy, hmm GOOD TIMES for all!!"

Make an account of the case of the blues in UK. What has made you laugh lately and what touched you (emotionally) you from British blues circuits?

Shaun: There are numerous young bands hitting the Blues clubs etc. in the UK they need to be encouraged, sadly they seem to get attacked by the older Blues fraternity for trying to be Jimi or Stevie, these young guys are TRYING to develop their own sound and HAVE to start somewhere…give them a chance!
I laugh all the time, I love my music and the music we, as Brothers Groove, put out there. British Blues Circuits....same as I have said before, encourage youth!

Deano: There’s a great scene in the UK and great vibe for the Blues.

My hopes for the future is that we can make more albums together before we are too old to play anymore, but look at BB King, still going strong and playing them sweet notes, what an inspiration!

Nigel: There is a strong and diverse British blues scene full of some interesting characters. Some of Marcus Bonfanti’s lyrics make me laugh, like “cheap whiskey” – I can relate to that.  What has touched me … check out Jo Harman’s “Amnesty” or “These feelings Won’t Go Away”.

Shaun: Into the Sun Studios in Memphis to see that first take with Elvis Presley.

Deano: Tough one! I’d like to go back to when Jimi Hendrix was recording in the studio to see and feel the vibe he created.

Nigel: 1970 Bron-Yr-Aur, North Wales.  Just to be a fly on the wall and watch Robert Plant and Jimmy Page writing some of Led Zeppelin III. It’s got everything the heart needs: blues, folk, Soul & Love. 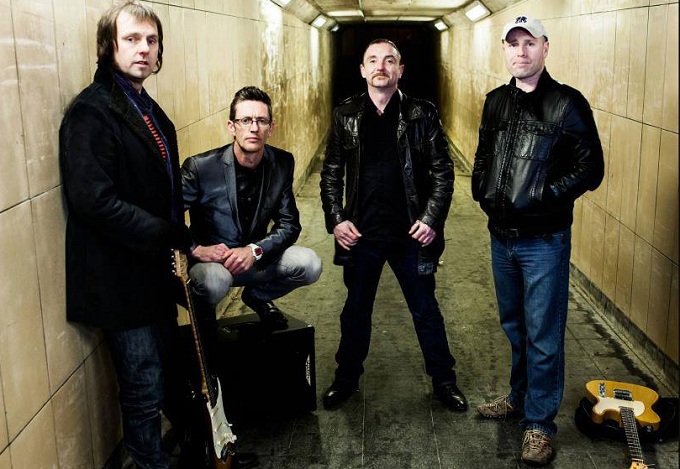